The Oak Cliff artist designed her solitary confinement in the form of a Plexiglas box. Felicella was on a mission to explore the full range of human emotions that comes from self-imposed isolation, done in plain view. Constructed in her studio and erected in an empty lot behind the Kessler, the box wasn't much larger than a phone booth and it became her dwelling for 48 hours. She even wore a catheter. We only saw movements from the artist as she worked, scribbling a mantra repeatedly onto sheets of colored paper, which when finished were crumpled and dropped to the floor. As they fell, they filled in the limited space around her, until they reached her waist, like water in a dunk tank. Hundreds of curious neighbors gathered to watch and lend support of her mission, but Felicella did not engage with them. Instead, she quietly observed and absorbed their presence. Those who couldn't sit vigil watched her confinement remotely through a live feed that the artist set up before she started her adventure. And when she emerged, wobbly, tired and hungry, we felt whole again. We had gotten one of our own back. So while Felicella's project was meant to research her personal psychological inner workings, we found that it made us take a look at our own emotions and ties to one another.

Cable's Bravo channel came to Dallas and found Courtney Kerr, Matt Nordgren, Tara Harper, Neill Skylar, Drew Ginsburg and Glenn Pakulak, attractive, chatty "socialites" (emphasis on "lite") willing to let cameras follow them around (with producers telling them what to do) for a "docuseries." The show made our city look twinkly by night and sunny by day. It made Dallas singles in their 20s and 30s, like this sextet, look both vapid and voracious in their quests for love with the right paycheck, er, person. Quoth Drew Ginsburg, the formerly fat gay car salesman, about his rocky search for romance: "I do hope to find Mr. Right, but it's super hard because everyone in Dallas tends to be self-centered and shallow." Almost as self-centered and shallow as people on a reality TV show.

He's a wizard with scenery, putting the twinkle and fog in Dallas Theater Center's annual A Christmas Carol. Bob Lavallee also made the boxy Wyly Theatre into a hot box of writhing bodies for Cabaret and this summer painted that stage with whirling pyramids and psychedelic images from the Old Testament for the musical Joseph and the Amazing Technicolor Dreamcoat. As a production and scenery designer, Lavallee illuminates and expands on the intention of the playwrights' work. When the lights go up on one of his shows, the first thing you hear is the audience saying, "Wow."

Years from now, we'll look back at the work now being produced at the tiny Ochre House theater and marvel that such avant garde brilliance could have come from such a modest company. At the center of it all is Ochre House founder Matthew Posey. He writes, directs and stars in almost everything they do on the 8-by-12-foot stage in his storefront playhouse by Fair Park. Shows like Mean, Posey's dark musical about Charlie Manson (with Posey chillingly good playing Tex Watson to Mitchell Parrack's Charlie). And Ex Voto: The Immaculate Conception of Frida Kahlo starring Elizabeth Evans. And Morphing, a dreamlike cartoon based on Long Day's Journey into Night starring Justin Locklear. With his creative troupe of "Ochre House Boys" (which includes several women), Posey is taking live theater in bold new directions with every new show. 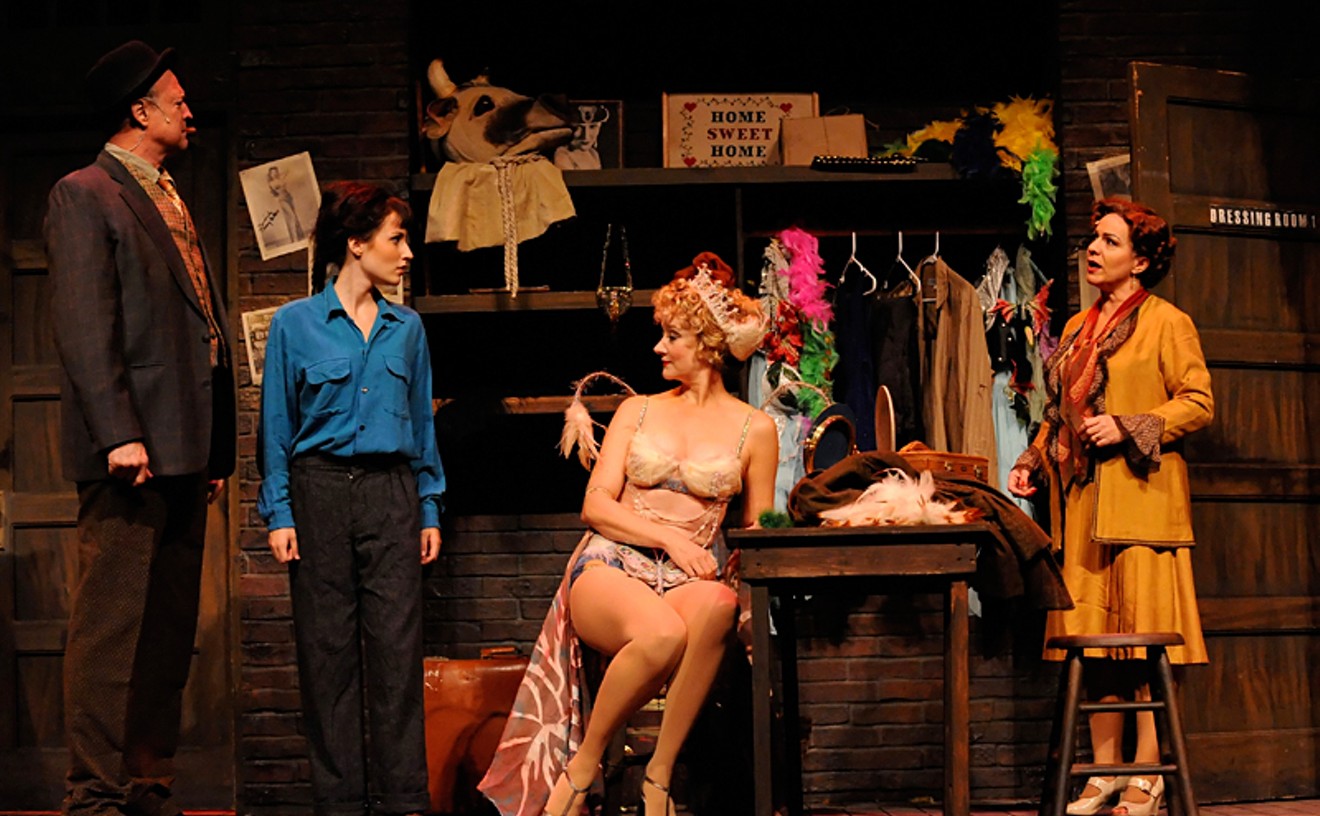