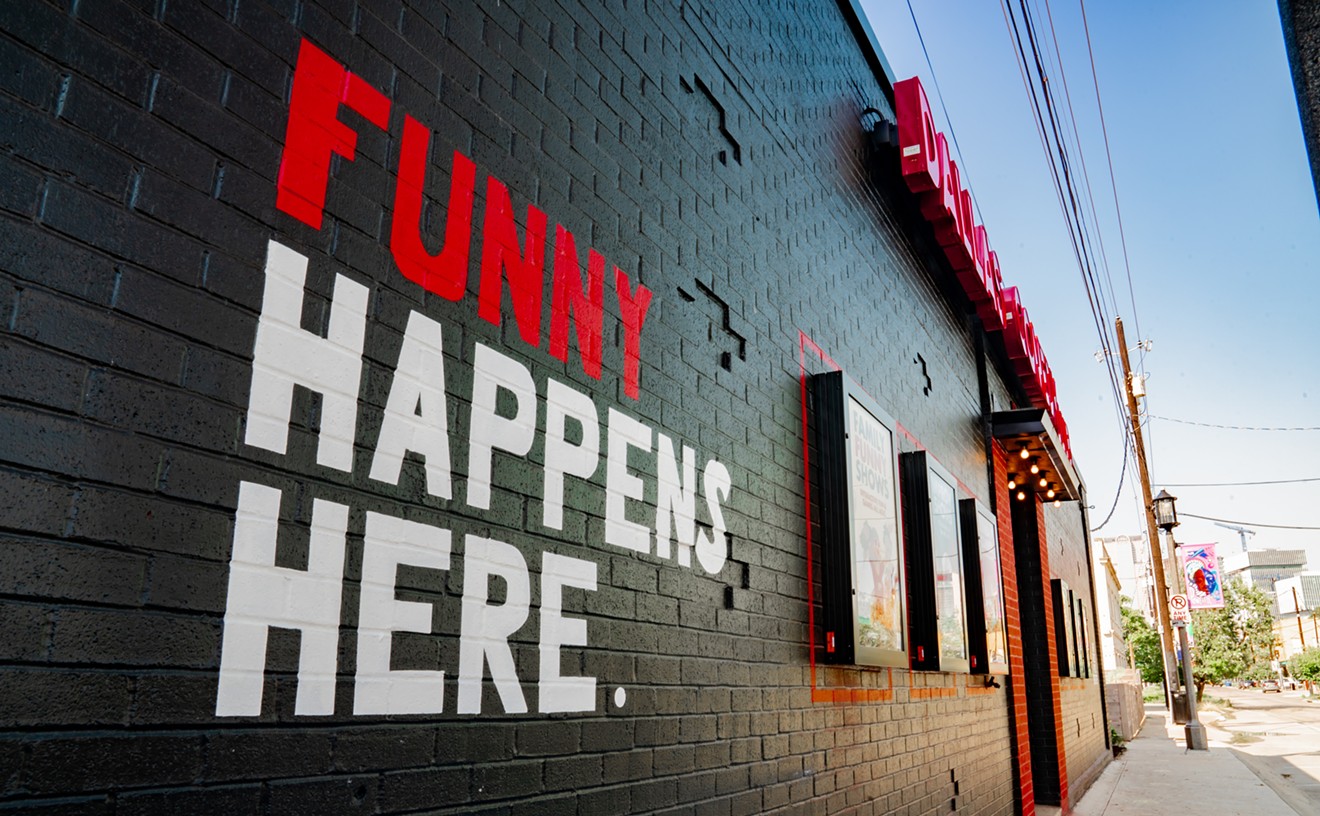 The DCH is so much nicer than it needs to be. The marquee-bulb-studded facade on Commerce Street houses a world of cheap beers, arguably the best-decorated bathrooms in all of Deep Ellum and a whole host of free open mics and real cheap weekend comedy shows. Drop by Tuesday for the open mics or Wednesday for the equally free improv nights and watch a host of sweaty, nervous would-be comics test out their fledgling material. Sometimes it turns into Snarky Early 20s White Guys Making Dumb Jokes About Their Dicks Night, but not nearly as often as you'd think.

Dang, girl! This flirty little clothing label has swept up top designer wins at all the big contests, and for good reason. We love her commitment to fabric sculpture and her intuitive look at what makes for an interesting shape. Dang is architectural in her approach and ladylike in her execution, an extraordinary combination that leaves women dressed in sophisticated — but not stuffy — attire. Her line brings a refinement level to textile work that's rarely seen in larger markets, so the fact that she's from around these parts is certainly worthy of praise. Looking ahead into her fall/winter line, in which leather and silk blend puckerlessly, it's clear Dang's momentum isn't slowing anytime soon.

The career of one of Dallas' favorite news anchors took an ignominious turn last May, when she was arrested for DWI and summarily canned from NBC 5. She made a heartfelt apology and lived on in her always hilarious, borderline-racy Twitter presence. Then, as we suspected she would, she soon made it back on air, this time as part of WFAA's Good Morning Texas, doing a segment called "Starting Over," an occasionally tear-duct stimulating series on people who have to change directions in life because of unforeseen circumstances. She's still delightfully deranged on Twitter. Keep your head up, Jane.

BEST WAY TO ALMOST LEAP INTO THE CURRENT CENTURY

The Boy Scouts of America

So you're cool with gay Scouts now, Irving-based BSA? But when they turn 18, you boot them out, because gay Scout leaders are somehow beyond the pale? Man, you're so close to not being terrible. Good effort, though. Well, mediocre, actually. Better luck next year.

BEST INSIDE LOOK AT HOW CITY HALL REALLY WORKS

Oh, you thought City Manager Mary Suhm didn't actually run the city? And that City Council members read the stacks of paper put in front of them before voting on things? Bless your heart. The debate over gas drilling on city-owned property pretty much cleared up any lingering delusions about Suhm's place in city government. She secretly signed an agreement in 2007 with a gas drilling company, pledging to help change city policy in order to allow drilling on parkland. Then she (or her staff) snuck a lease into the mix that was not one of the ones the council approved. Suhm blamed the whole thing on a big misunderstanding, and the vast majority of the council quickly made clear that they were totally uninterested in investigating. Instead, the council just declined to let the driller sink its wells on parkland. So things kind of worked, in an ugly, infuriating way.

Duncanville teen Bliss and his 16 miles of glorious silken hair were captured on cell-phone video giving his teacher a scathing lecture about the mountains of boring packets she apparently liked to foist on her students. Whether you thought he was an insightful educational freedom fighter or an entitled little shit, it started an actual conversation about what the nation's schools look like, and how they could better serve our kids. (Apparently Duncanville ISD thought he might have a point too, because his teacher was quickly placed on leave.)

Dahlander quietly tolerated the reign of communications director Jennifer Sprague, a person several decades his junior who came in to be his boss for approximately 25 poorly handled seconds before vanishing into the world of "consulting." Then his boss was former TV newsperson Rebecca Rodriguez, who also managed to stick around for three months before splitting with a severance package for four months pay. No. Really. The organization's public face — besides controversial Superintendent Mike Miles — is really Dahlander, who's good-humored, intelligent and generally maintains a remarkably low level of bullshit, considering that he's in the bullshit-slinging biz. As DISD deals with a seemingly unstoppable string of scandals and fuck-ups, he's pretty much always a busy man. While (rightfully) bitching about the failings of our school system, take time to feel a little sympathy for one of Dallas' most gentlemanly flacks.

There was something painfully hilarious about DPD's official Twitter presence accidentally trumpeting a Fruit Ninja high score. Even better was the long-delayed explanation for it, which, when it finally appeared, showed some surprising sly humor: "After a thorough investigation (CSI: Fruit Ninja!), the source of this tweet was traced to a 5-year-old boy, who after hours of interrogation signed a written statement admitting his role in Fruitgate. The DPD Media Relations Staff would like to assure the public that no taxpayer dollars were used, nor was it the culprit's highest score ever. We do appreciate the retweets and responses we have received. We have learned a sobering lesson from this experience — security threats are not confined to the hacker world."