Tucked into an Oak Cliff neighborhood, backing up to an apartment complex, the Oak Cliff Nature Preserve is a gem in a city often accused of not having enough nature. Miles upon miles of trails perfect for mountain biking, hiking and cross-country jogging twist through hills and trees and a small creek. Pick your trail based on your desired mileage and difficulty and forget you're in Dallas. On the edges of the preserve you might hear a car in the distance, but the loudest noise will be coming from the birds or the cicadas.

Best Place to Hike with a Dog

Feeling trapped in the concrete jungle and need a little more woodsiness than Reverchon Park or White Rock Lake for your nature-starved hound? Take a short drive to Plano and immerse yourself and your pooch in the lush wooded trails of Oak Point Park and Nature Preserve. With a 6.22-mile network of more than 20 trails ranging from 0.01 to 1.37 miles in length and various terrain, there is something for both the adventurous and the weary. A clear winding creek runs through the park, inviting more water-inclined pets in for a dip. Also, a paved trail winds around a lake and through meadows for biking, strolling and fishing.

Consider this an aspirational pick, a word of encouragement. At 2.5 miles in length and with a ton of grade-level street crossings, Northaven Trail is not much of a draw for the spandex-clad speedsters whipping their two-wheeled poor man's Porsches around White Rock Lake. And since it is the epitome of what Dallas calls a "trail" — i.e. a cement one-lane street — it won't appeal much to those muddy madmen at the Dallas Off-Road Bicycle Association, who do yeoman's work supporting countless off-road trails tucked around the city. We're giving Northaven Trail the nod this year for what it will, God and transportation budgets willing, one day be: a vital east-west link in Dallas' growing system of hike-and-bike trails. Anyone who's biked any distance in Dallas can testify to the shortage of paths linking the trails that flow north and south, leading eventually to downtown. When it's finished, the plan is for Northaven Trail to help link up Campion Trail in Irving to the west to White Rock Trail in the east, giving easy access to DART rail and allowing riders in North Dallas to hit White Rock Trail without having to defy death on Forest Lane or other major surface streets. It won't be a speedy ride, and it won't be a technical challenge, but the dream for Northaven is that it will be a useful cornerstone in making Dallas a more bikeable city. 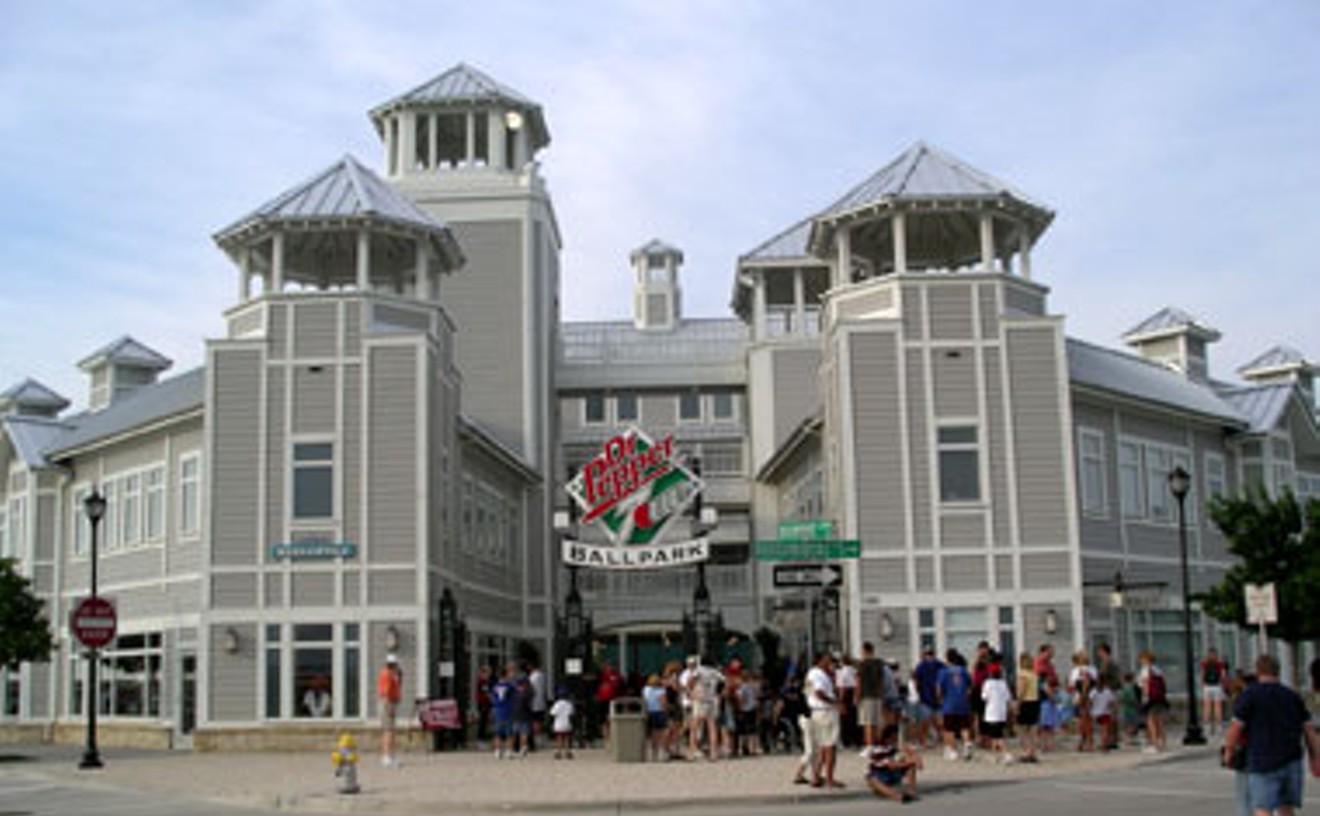 Unlike the big leagues, which are best enjoyed with minimal accoutrements, minor league baseball works as a spectator event because of the bells and whistles — the goofier the better. Frisco's Rangers affiliate, the RoughRiders, embraces this philosophy wholeheartedly. From the team's goofy Teddy Roosevelt mascot to its Taco Tuesdays and Thirsty Thursdays, the RoughRiders get it. The best, most ridiculous and wonderful example of the team's commitment to fun above all else is its 2016-installed outfield lazy river, which can be rented for events during non-Thursday home games and is open to the public on Thursdays. Fans can have a few beers, a couple of hot dogs and float for a couple of hours to even everything out. Throw in some baseball and that's pretty close to nirvana.

When the Rangers traded for Jonathan Lucroy on Aug. 1, they knew they were getting one of the three or four best-hitting catchers in baseball and a guy who could control the opposing running game. They knew they were getting a catcher whose pitchers loved him, too, but they couldn't have imagined what he'd do for the Rangers staff. Thanks in large part to Lucroy's pitch-calling, the Rangers' starters, Yu Darvish and Cole Hamels, have never been better and Martin Perez, who looked like he might be broken before Lucroy's arrival, has flashed the form that made him the inspiration for so much hope in 2014 and 2015.

Texas state Senator Royce West was brought in to help Cowboys receiver Dez Bryant navigate through the fame and cash that come part and parcel with being one of the NFL's best wide receivers. Bryant relied on West for legal and public relations advice, even renting his DeSoto home from the senator. Early this year, however, Bryant decided to move out of the house. Bryant left the property basically destroyed, West says, with more than $60,000 in damages including broken windows and feces-stained carpets. West sued Bryant, Bryant counter-sued West and the whole thing turned into a big, juicy, legal mess that's still unresolved.

Fabian Castillo is one of FC Dallas' biggest development success stories. Head coach Oscar Pareja brought the attacking midfielder to North Texas from Colombia in 2011, even briefly letting Castillo stay on his couch. Castillo blossomed for FC Dallas, turning into one of the most dynamic offensive players in the MLS, culminating with his being named the league's best player under 24 following the 2015 season. Buoyed by the award and playing his first match for the Colombian national team, Castillo decided to take his game to Europe, traveling to Turkey in July to sign a contract with Trabzonspor. All of that would've been well and good except for one thing: FC Dallas hadn't let Castillo go. While essentially AWOL from the team that held his rights, Castillo was pictured at the airport, taking a physical and in a Trabzonspor jersey with team officials, all without FC Dallas having agreed to his transfer. Eventually FC Dallas agreed to loan Castillo to Trabzonspor for the Turkish league season with an option to buy.

After a spate of attacks on Dallas LGBT community in Oak Lawn, the Dallas Mavericks owner gave the Dallas Police Department $1 million to pay for overtime in the affected area. That's enough to get him the best owner title, even if his Mavericks are struggling. 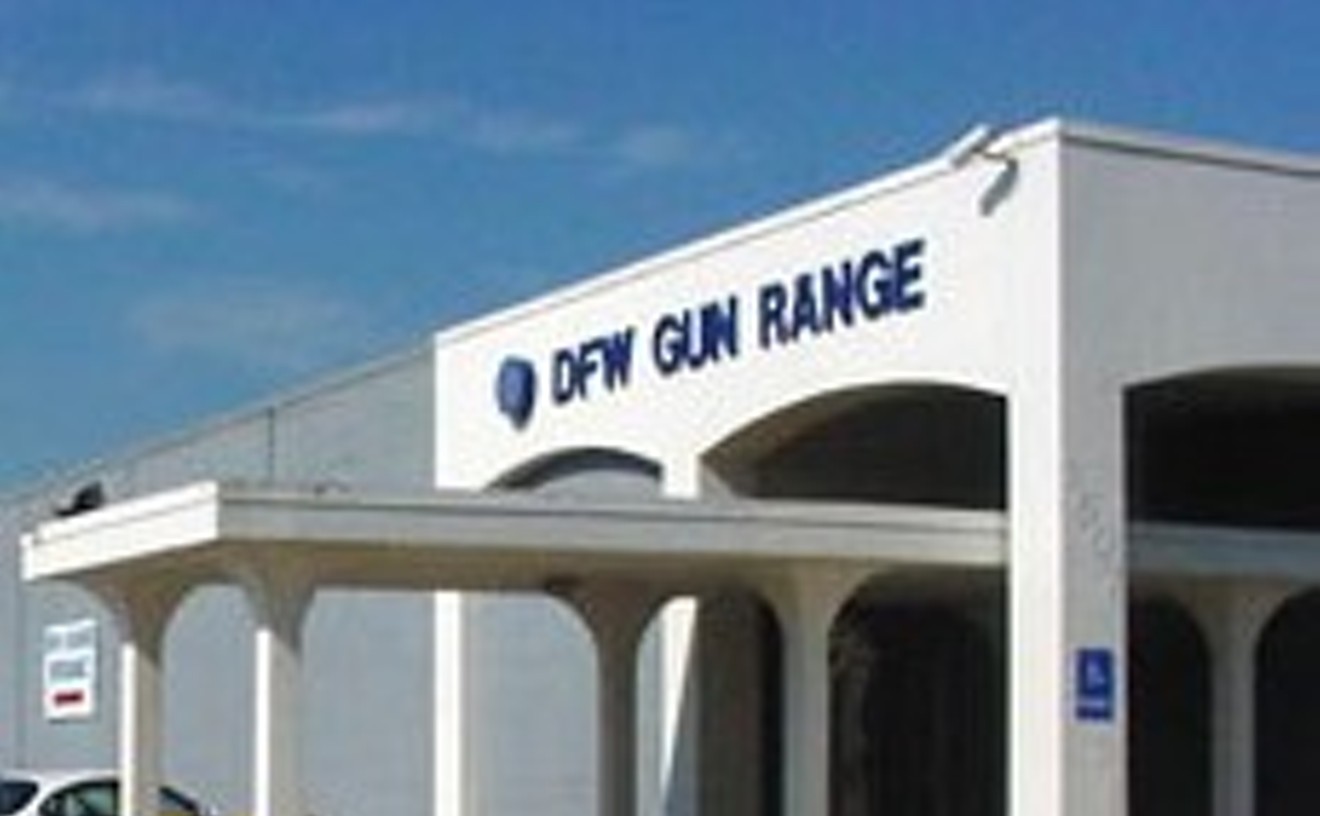 DFW Gun Range offers not only a place to practice the craft of gunmanship but also one where anyone can train with highly credentialed trainers to learn the art of gun protection. Since 1995, the gun range has been training not only private citizens but also law enforcement and security companies. It took only one businessman and two Dallas police officers to pull it off. Besides a 2,000-square-foot training gymnasium, they also offer 17 electronic indoor shooting lanes in an environmentally controlled space with shooting distances varying from 3 to 20 yards. The lanes also accommodate most caliber weapons, including your AR-15.

On May 15, Rougned Odor landed one of the best shots you'll ever see in a baseball fight. During the eighth inning of a Sunday afternoon rubber match between the Rangers and the Toronto Blue Jays, Blue Jays right fielder Jose Bautista slid in hard in an attempt to break up a double play. Odor took exception and threw a right hook to Bautista's jaw, solidifying Rangers-Blue Jays as one of MLB's best and most unexpected rivalries. Bautista lost his helmet and sunglasses; Odor became a folk hero.