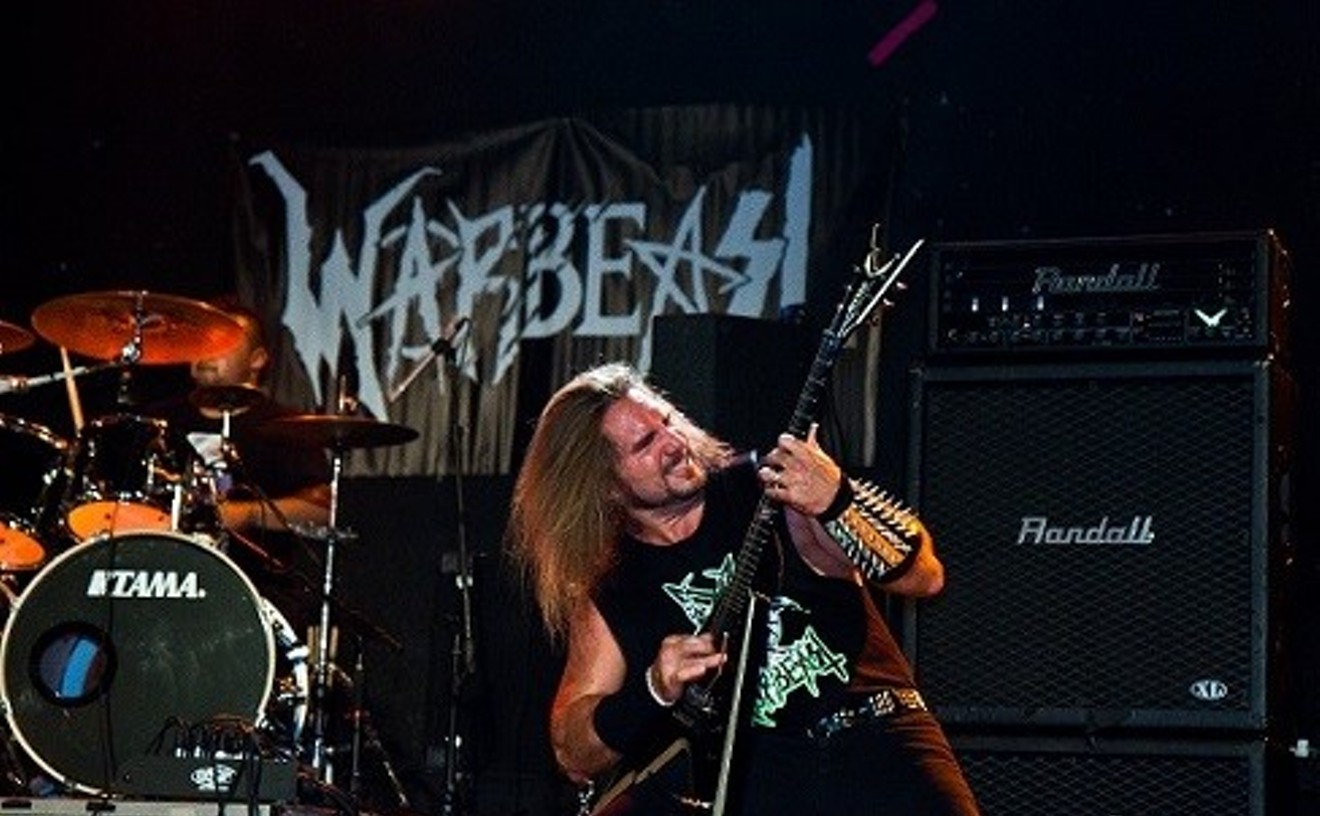 Scott Shelby has been dominating the stage as a metal guitarist in the Dallas-Fort Worth area since the days of Rascals and The Tombstone Factory in the late '80s. As a member of Gammacide, he traded licks with guitar maestro Rick Perry, formerly of Warlock. He went on to perfect his chops in other metal bands such as Hammer Witch, Rotting Corpse and Null & Void before hooking up with Perry in Texas Metal Alliance, which later changed its name to Warbeast. Shelby has been called "the last man standing" after the untimely deaths of local metal alumni Dimebag Darrell Abbott Mike Scaccia in 2004 and 2013. Now, with lead vocalist Bruce Corbitt announcing the end of Warbeast, Shelby finds himself without a band, but it's never been a major concern for the "Beast." "The fact I've been able to put out records, play and tour, that's the biggest thing for me," Shelby once told the Observer. "I dreamed about it when I was little, and now I have records on the wall."

Dallas' Jim Suhler is known for his no-holds-barred approach to blues-inspired rock 'n' roll roots music as part of his band Monkey Beat. As the lead guitarist for George Thorogood & the Destroyers since the late '90s, he's helped to infuse classics such as "One Bourbon, One Shot, One Beer" with Texas swagger. Buddy Magazine made him a member of the Texas Tornado Hall of Fame. Alhough his playing can become a swirling storm of licks, it's more precise than chaotic, blues picking at its finest from a local blues veteran who has shared the stage with Johnny Winter, Billy Gibbons and Buddy Guy. Suhler once told the Observer that he didn't consider himself a "true blues artist," but he's spent most of his life playing the blues."There are blues Nazis, and I'm not one of them," he says. "The blues isn't for me to decide." 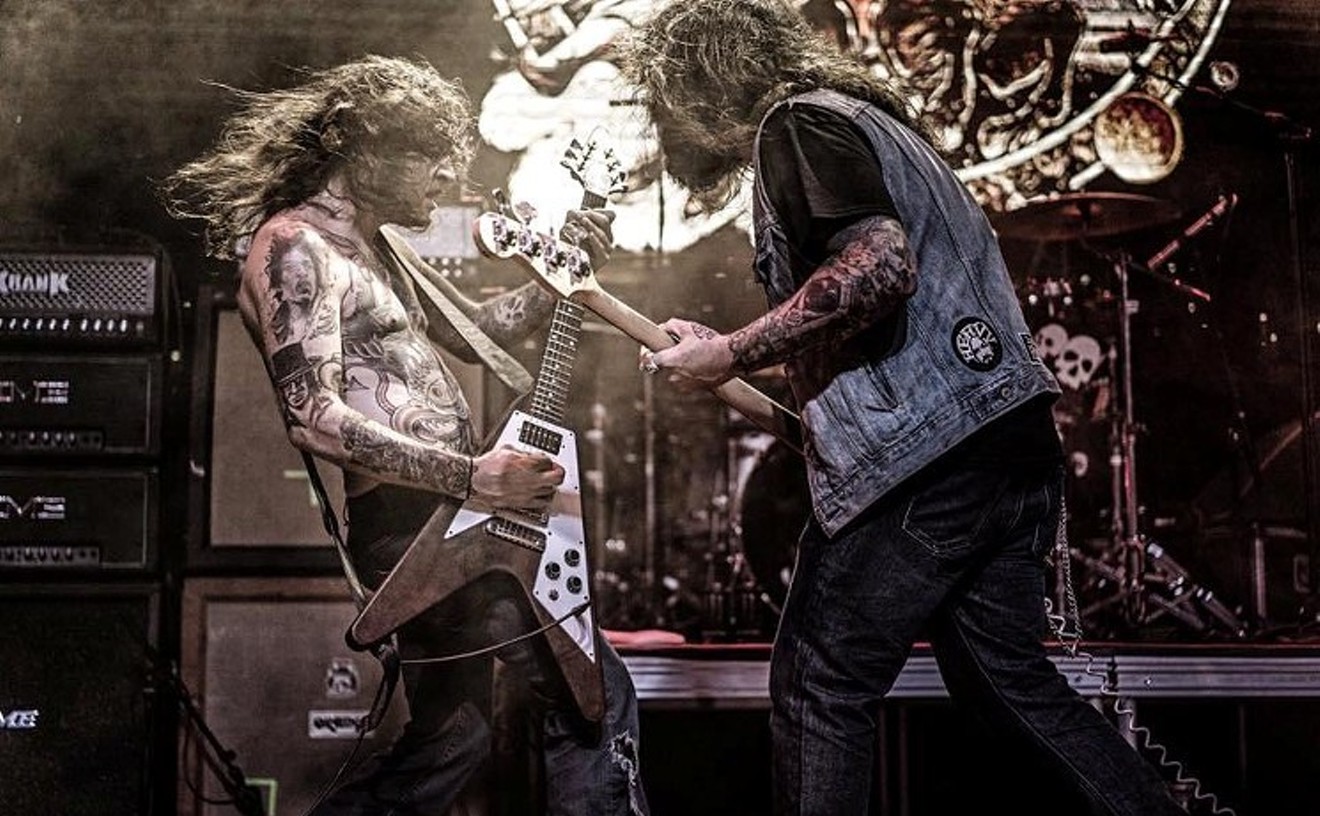 Kelley Juett has been called one of the world's most underrated guitar players. But it's a title he's quickly shedding. As part of Dallas-based Mothership, a heavy rock band he started with his brother Kyle in 2010, the Dallas guitarist harnesses classic-rock-inspired riffs from legends like Angus Young from AC/DC. "Angus took over me whole world," Juett told Fret12.com in April. "I learned all of his stuff once I started jamming." He picked up his love of classic rock from his father, John "Big J" Juett, a drummer and music lover with an impressive collection of vinyl records from blues, classic rock, hard rock, metal and Southern rock artists. It's a foundation that helped to define Juett's style and eventually led to his signature guitar series from Boult Guitars called the Galaxy collection. 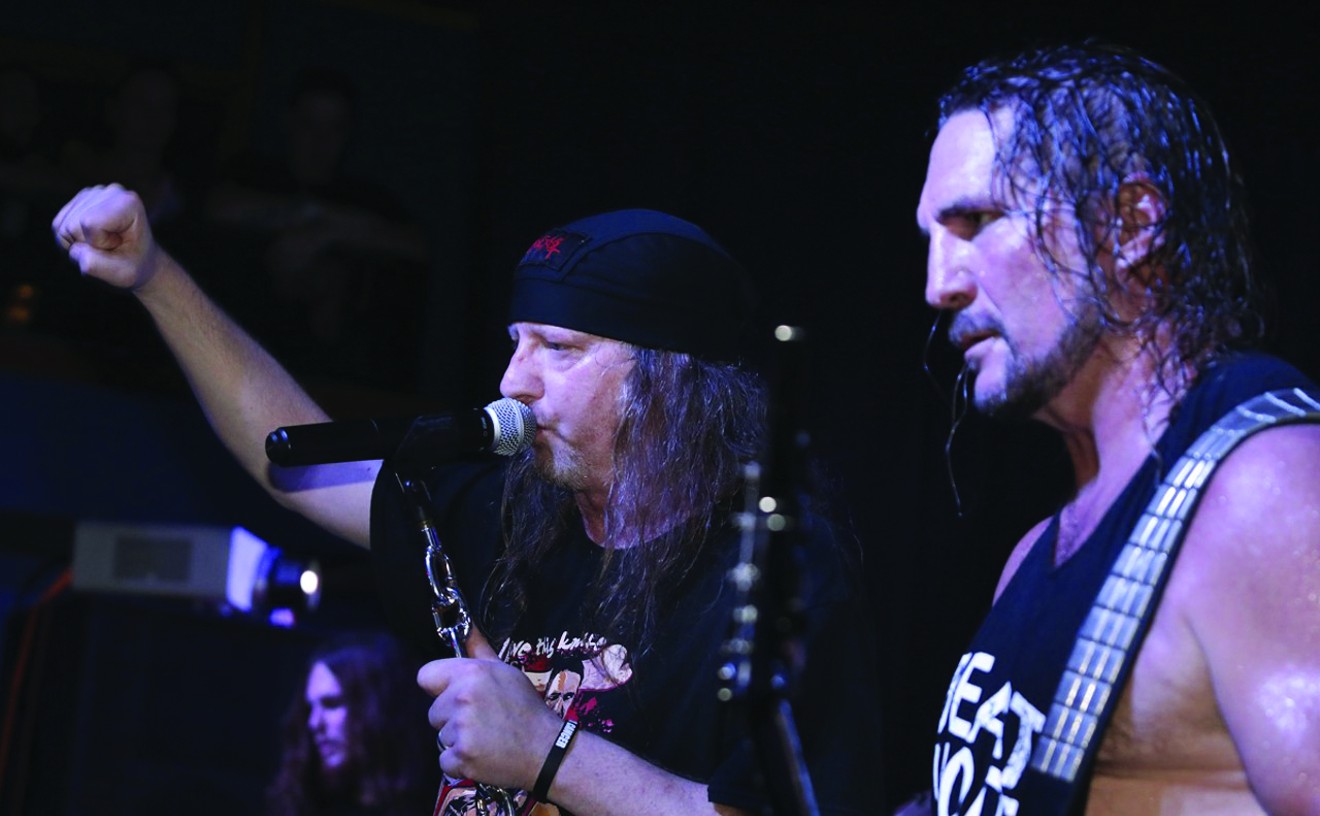 Over seven years, Warbeast has gifted fans with three studio albums and an EP filled with pulse-pounding Texas metal. It's a local supergroup made up of metal veterans: vocalist Bruce Corbitt from Rigor Mortis; guitarist Scott Shelby, formerly of Gammacide; and drummer Joey "Blue" Gonzalzes from Philip H. Anselmo and The Illegals, Superjoint and The Black Moriah. Warbeast offers music birthed in the legendary '80s underground Texas metal scene. Over the years, the band has had other members come and go. The latest lineup includes guitarist Drew Shoup and bassist Lyric Ferchaud, but the band's future was altered with Corbitt's recent diagnosis of Stage 3 esophageal cancer. But it released its magnum opus of Texas metal with its third full-length studio album from Anselmo's Housecore Records, Enter the Arena, in August. "I want people to feel like they've been hit with a sledgehammer 10 times in a row when they hear this," says Corbitt of the release. "As long as they feel strongly about [it], we've accomplished our mission." 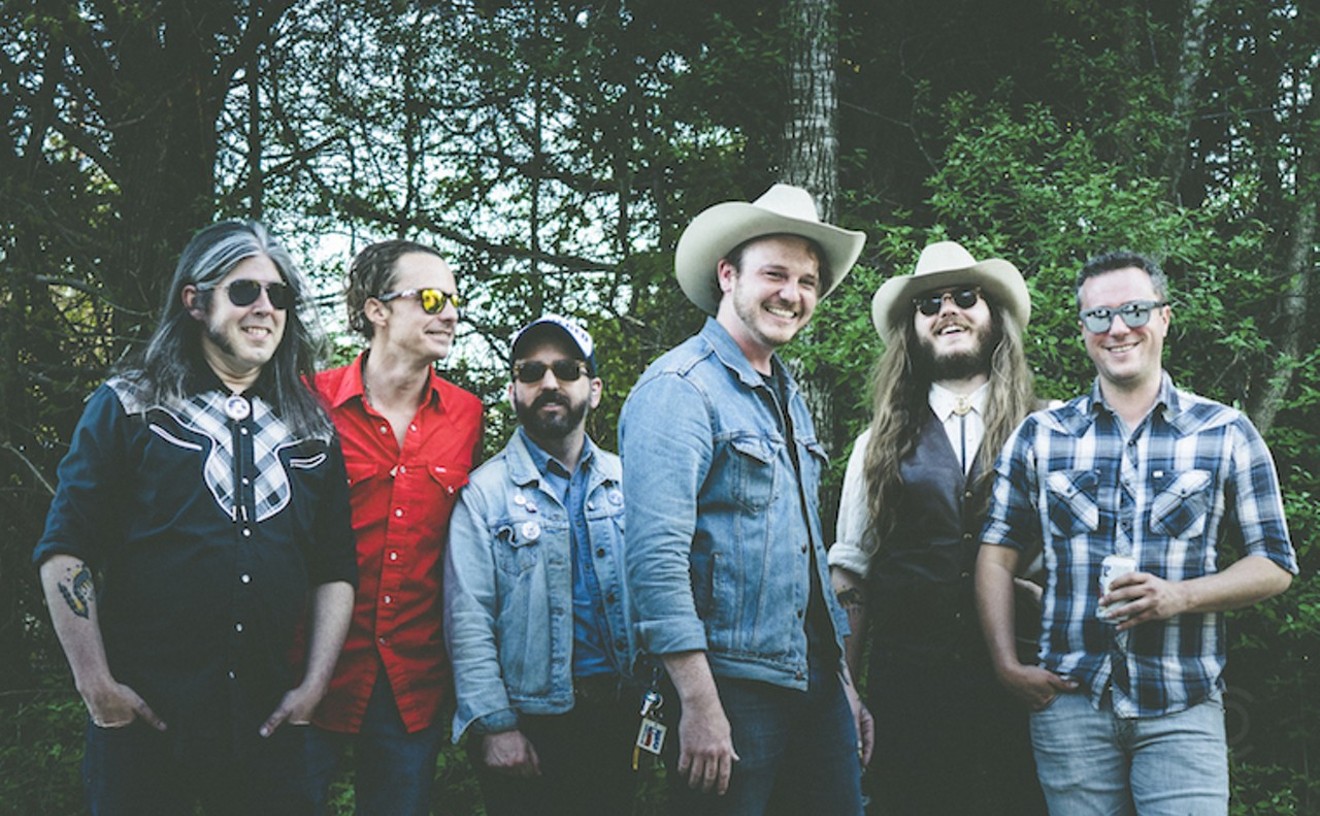 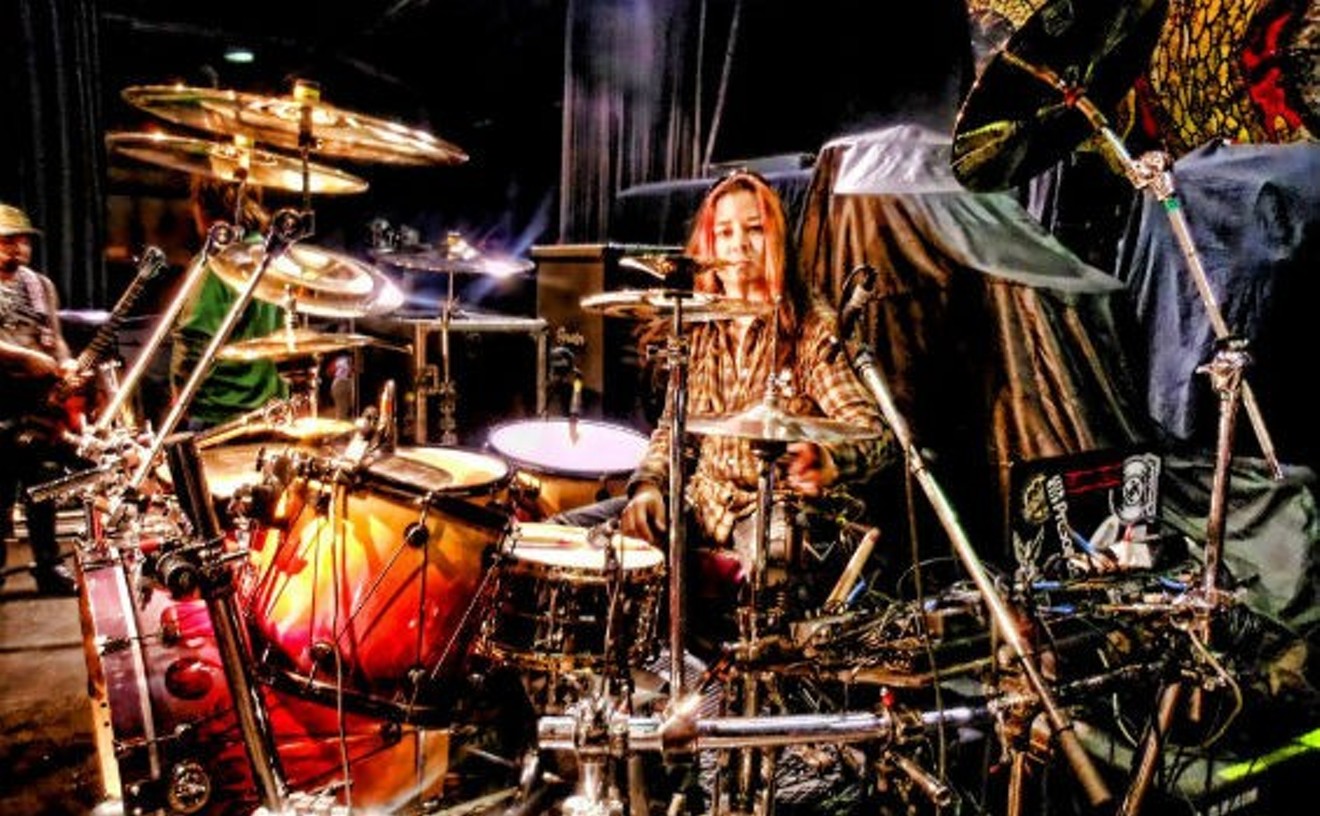 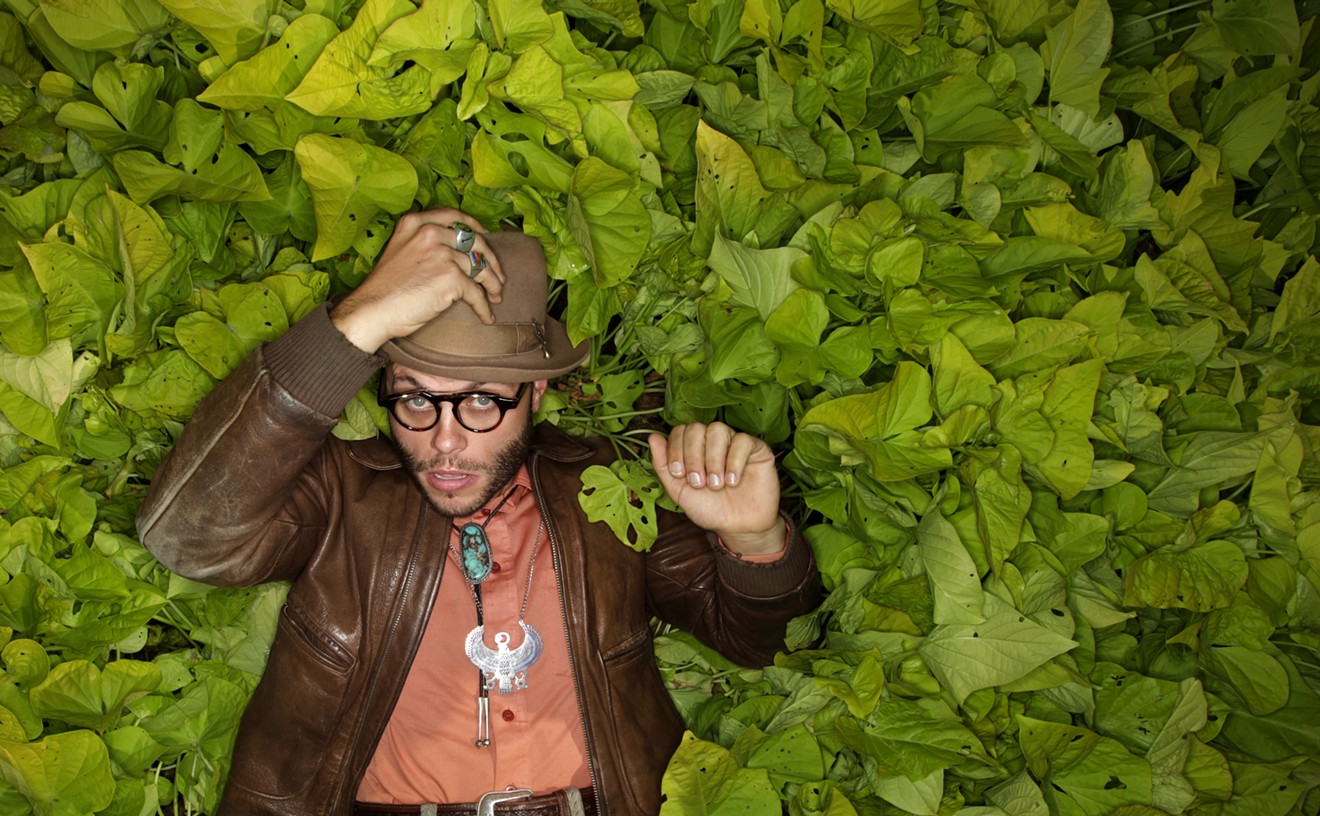 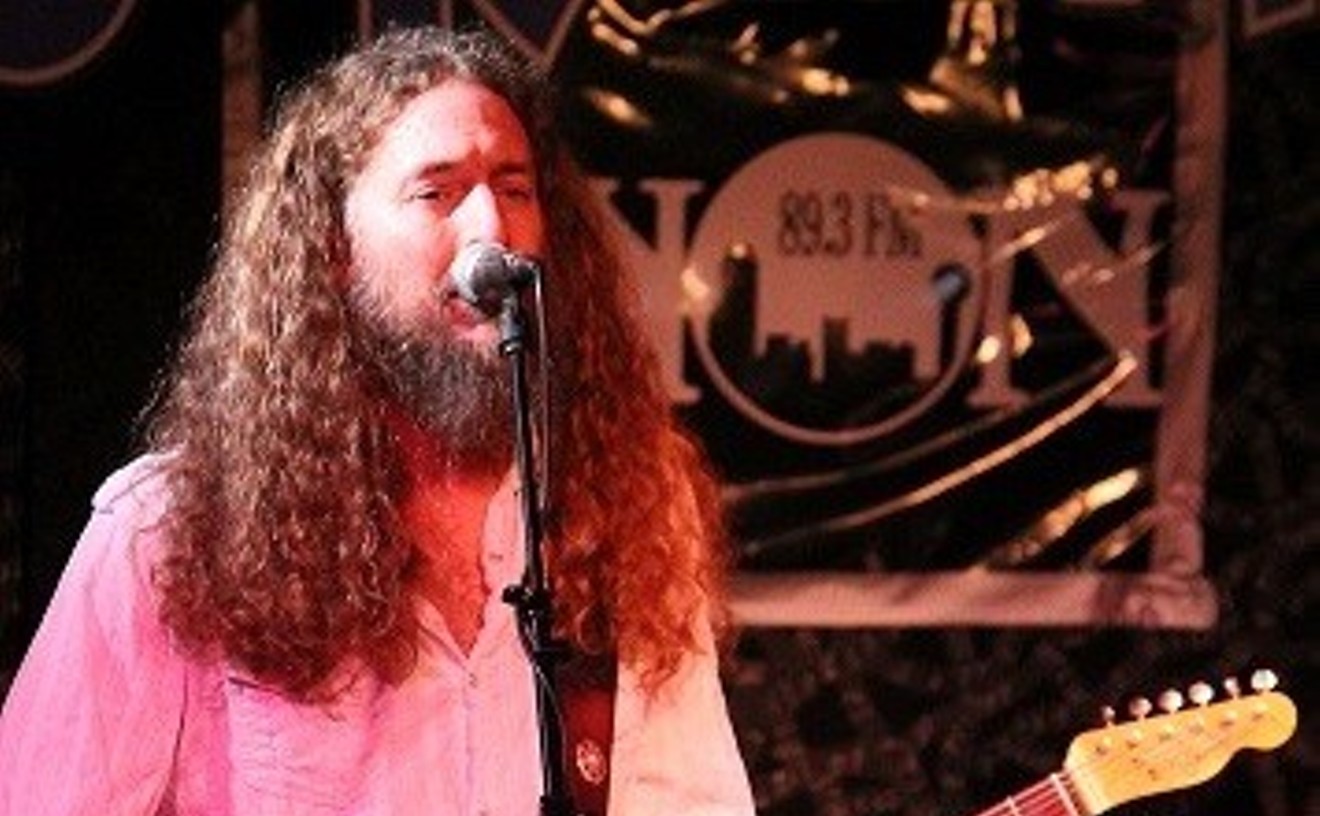