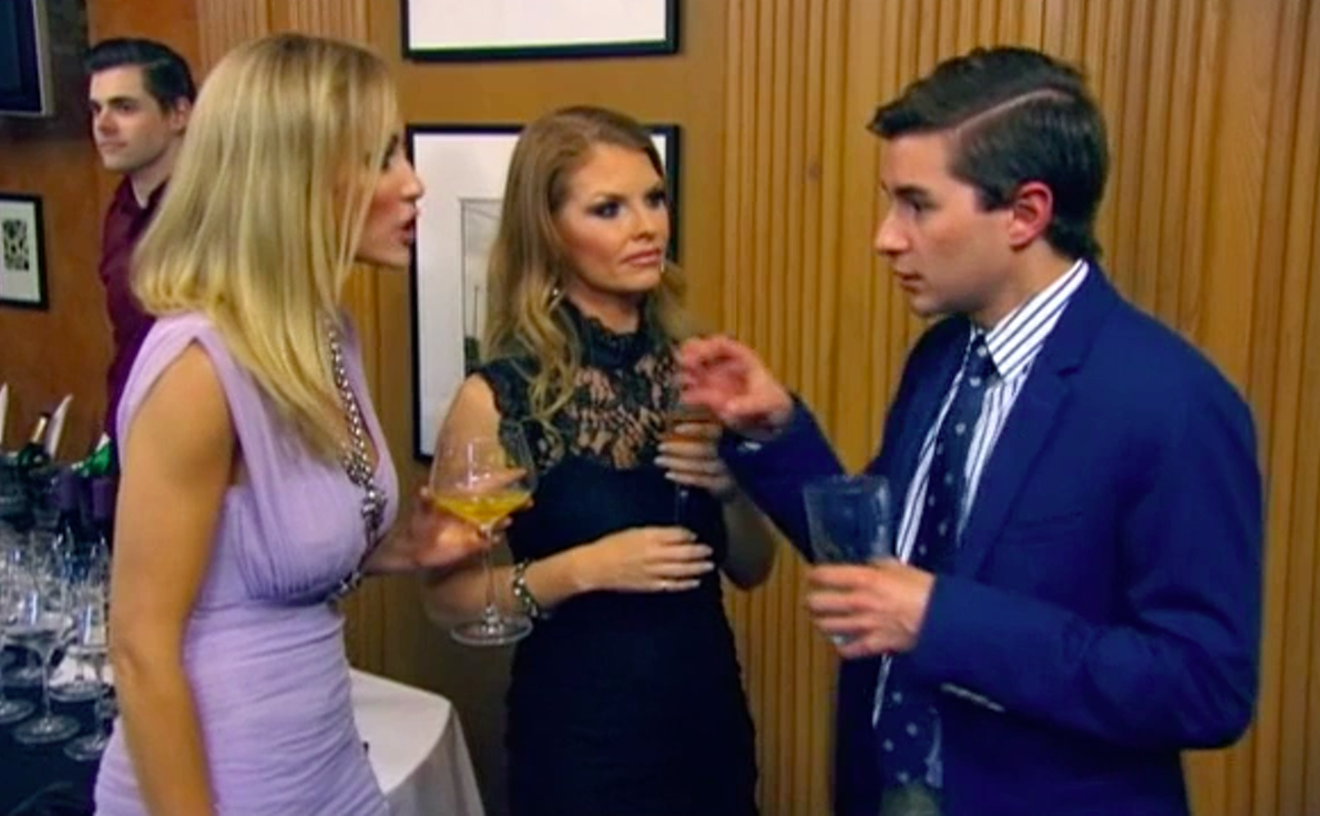 Brandi Redmond is the fiery redhead who danced with the Dallas Cowboys Cheerleaders. She's once again America's sweetheart, this time as a real housewife. Audiences loved her during the first season of the show because she made fart jokes with BFF Stephanie Hollman and made her Housewives frenemies claim her behavior was a little too Plano. When she wasn't making fart jokes or spreading rumors that her co-star LeeAnne Locken once pooped in a box, she was drinking Jesus juice — a phrase she coined for everyone's favorite adult beverage, wine. Now, she's making money by selling T-shirts and wine glasses with that term plastered on them via Take Me To BrandiLand, her line of clothes and gifts. What's not to love about her? 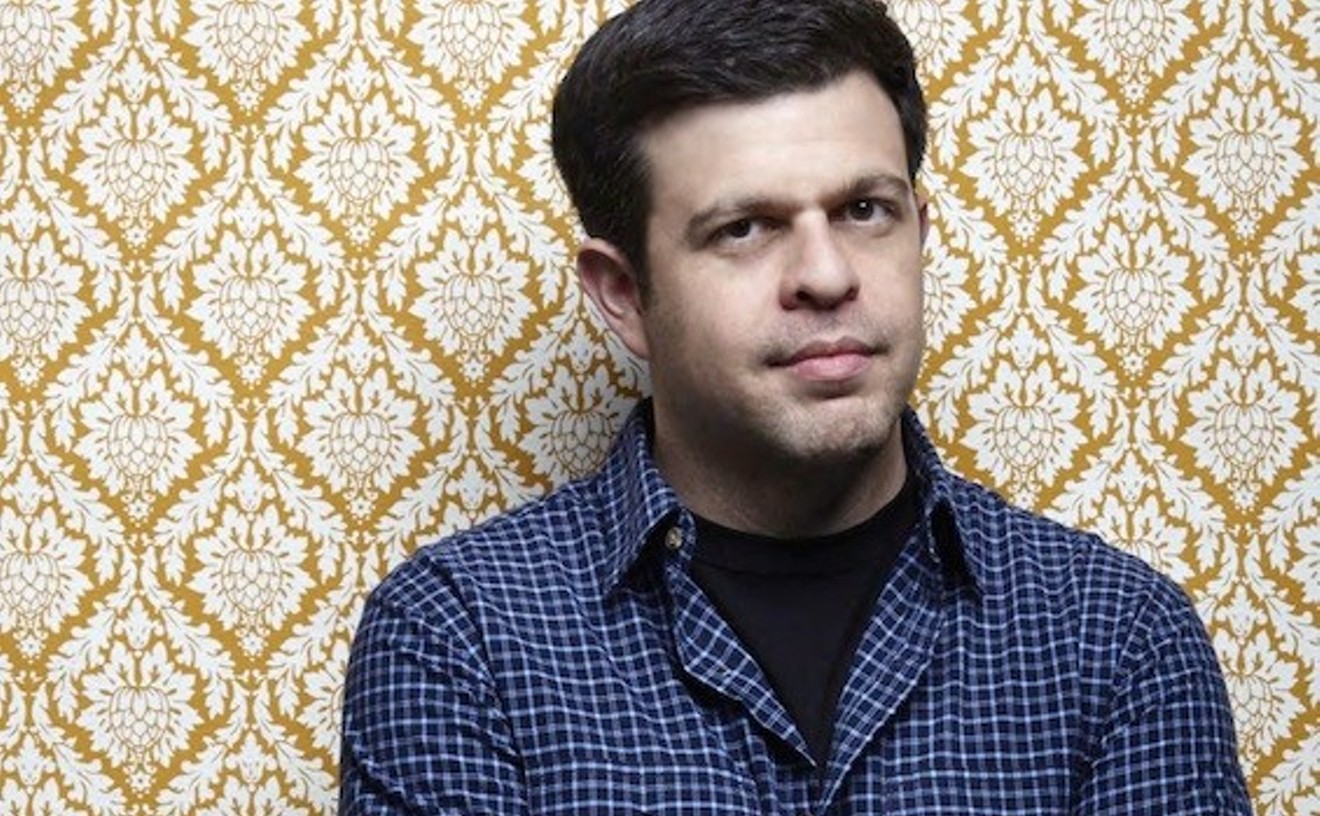 Whether you're looking for a Dallas comic to perform a clean set at your corporate event or want to head to the Addison Improv for non-workplace-approved humor, Aaron Aryanpur is your guy. Not only does Dallas think he's funny (the Funniest Comic in Texas in 2012), America is also impressed with him. When he released his debut comedy album, In Spite Of, it quickly rose to No. 1 on the iTunes comedy chart, and he was a semifinalist on Comedy Central's Up Next Talent Search. He's a regular at comedy festivals around the country, giving his best funny takes on weight, marriage and more.

Because there may be roughly 1 million fashion bloggers just in Dallas, it's hard to tell one from the others. If you follow more than one on Instagram, you realize they are sharing all the same clothes from all the same department stores. Dallastyle's Taylor thankfully shows us unique fashion finds paired with shoes and accessories we thought only runway models were allowed to wear. Plus, her Instagram feed doesn't feel like one giant ad for whatever brand last offered to pay. Dallastyle has a way of inviting followers into Taylor's life through the pictures and words on her blog while inspiring fashion fans all over Dallas and the world with different outfits. 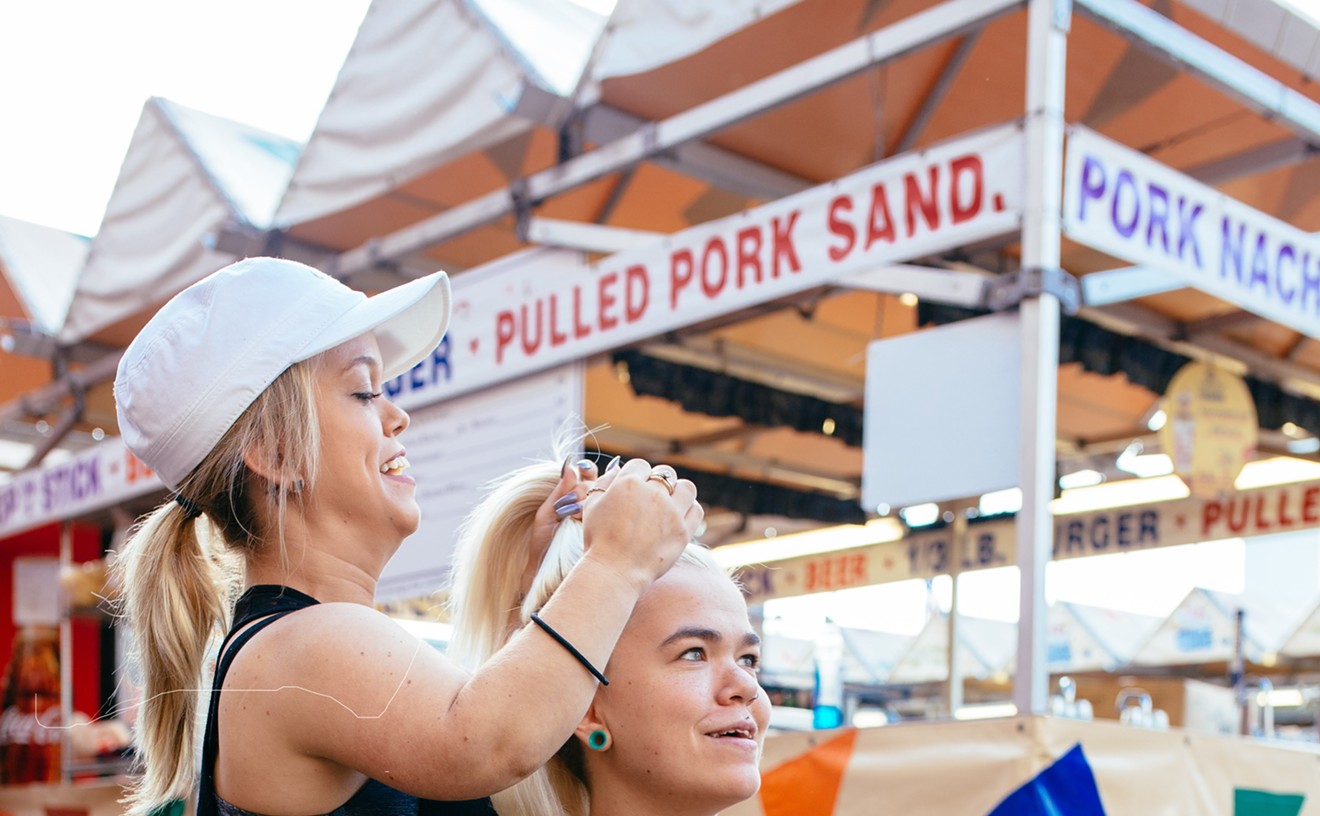 When the Little Women reality TV franchise invaded Dallas, our hopes were high. The show is like Real Housewives, but the stars all have dwarfism. The breakout star of the Dallas installment was easily Caylea Woodbury as the show tracked her trying to find her place in Dallas. Wanting to follow in her co-stars' footsteps, Woodbury began twerking in clubs for money like Bri Barlup and Emily Fernandez. Woodbury was frequently the center of attention during Season 1 whether she was getting in fights with her co-stars about their deadbeat boyfriends or having a pregnancy scare. While there were five stars of this show, it's easy to see why Woodbury is our favorite one of the group. 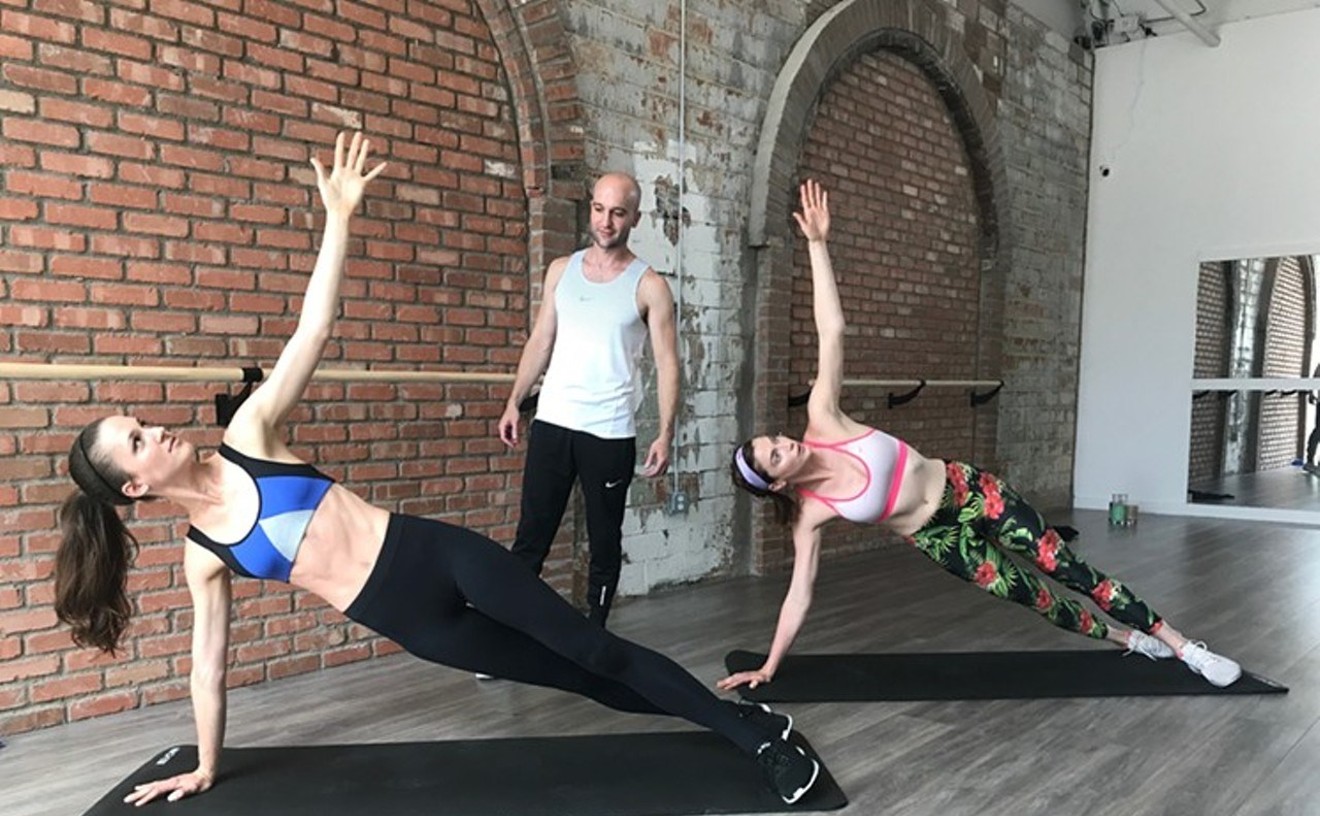 Few personal trainers can make you trim you down to your goal weight and also call you a friend. Luckily for a few models and nonmodels, both in Dallas and all over the world, John Benton is the personal trainer of the their dreams. When he helped one one model lose 4 inches around her waist, his services quickly became known in the modeling industry. Soon, modeling agencies and other women began recommending him, and today, his clientele is women only. The atmosphere at his studio brings customers back each time. While other gyms or workout studios might have creepy men lurking in the background, Benton's studio offers a welcoming environment so his clients aren't worried about impressing anyone but themselves. When Harper's Bazaar wrote about his services, his demand went up — in the form of more than 10,000 Instagram likes and thousands of messages from models begging to schedule training sessions with him. 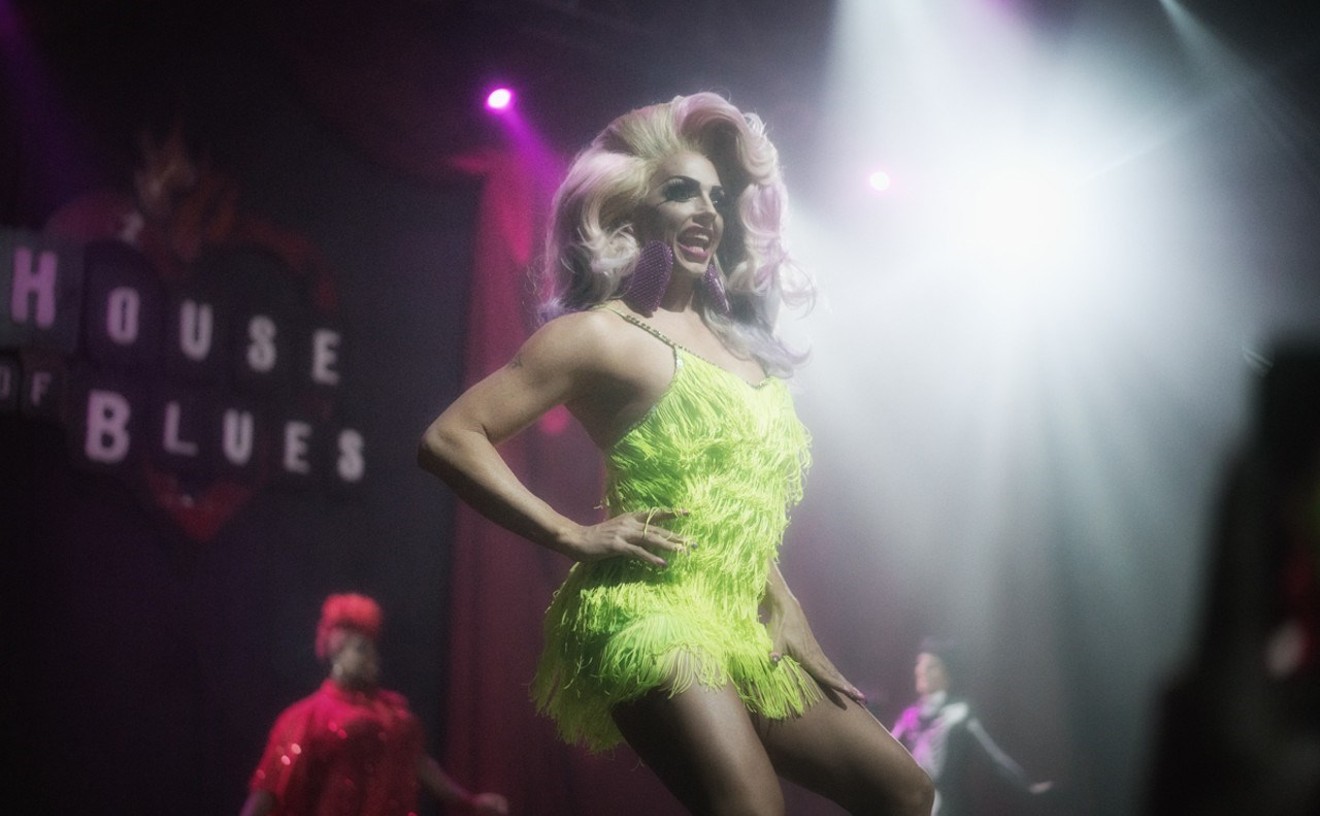 If you've seen RuPaul's Drag Race, you are aware of the force of nature Alyssa Edwards. She's stunning, she's funny, she's talented and she's everything you would expect from a contender on that show. But when she's not being one of the best drag queens in the business, Edwards is Justin Johnson, owner and instructor at his Mesquite dance studio, Beyond Belief Dance. Johnson is a role model for the young dancers at his studio, who idolize him. His teaching style is one of a kind because he expects perfection from his dancers. If RuPaul pushes Alyssa Edwards to greatness on a season of Drag Race, Johnson pushes his students to an even greater level of achievement at their recitals, at competitions and when they're practicing in front of the mirror.

For those who need help believing in magic, Dragon Park is Dallas' zenith of enchantment. You may miss it if you're driving too fast along Cedar Springs Road in Oak Lawn, and you'll certainly be disappointed if you think it's any place to let the kids run wild on park equipment. Despite the name, it's not a park. This small, privately owned secret garden of gargoyle, angel and dragon statues; lush, green grass; hidden nooks and water fountains is a place for solitude in an otherwise hectic part of town. Whether you're out for a picnic, looking to read a book or wanting a romantic pitstop on your way to dinner, Dragon Park provides a little slice of Zen. 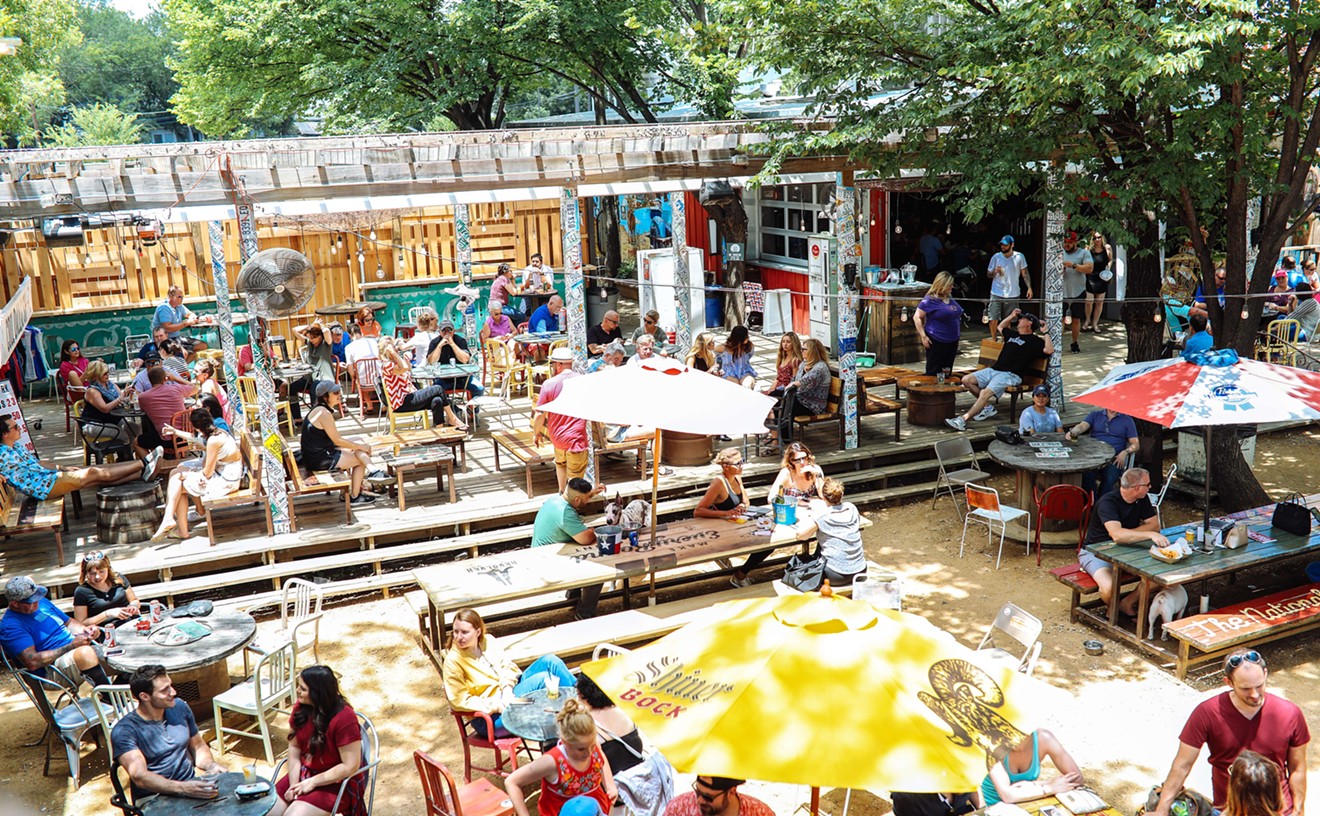