Ten years ago, it was near-impossible to find a Texas-made whiskey or bourbon. These days, it's quite the opposite. Our favorite local distillery right now: Witherspoon, the Lewisville business making stellar bourbon whiskey, single-malt whiskey and even bourbon cream and White Dog, an unaged whiskey that comes in at 125 proof. 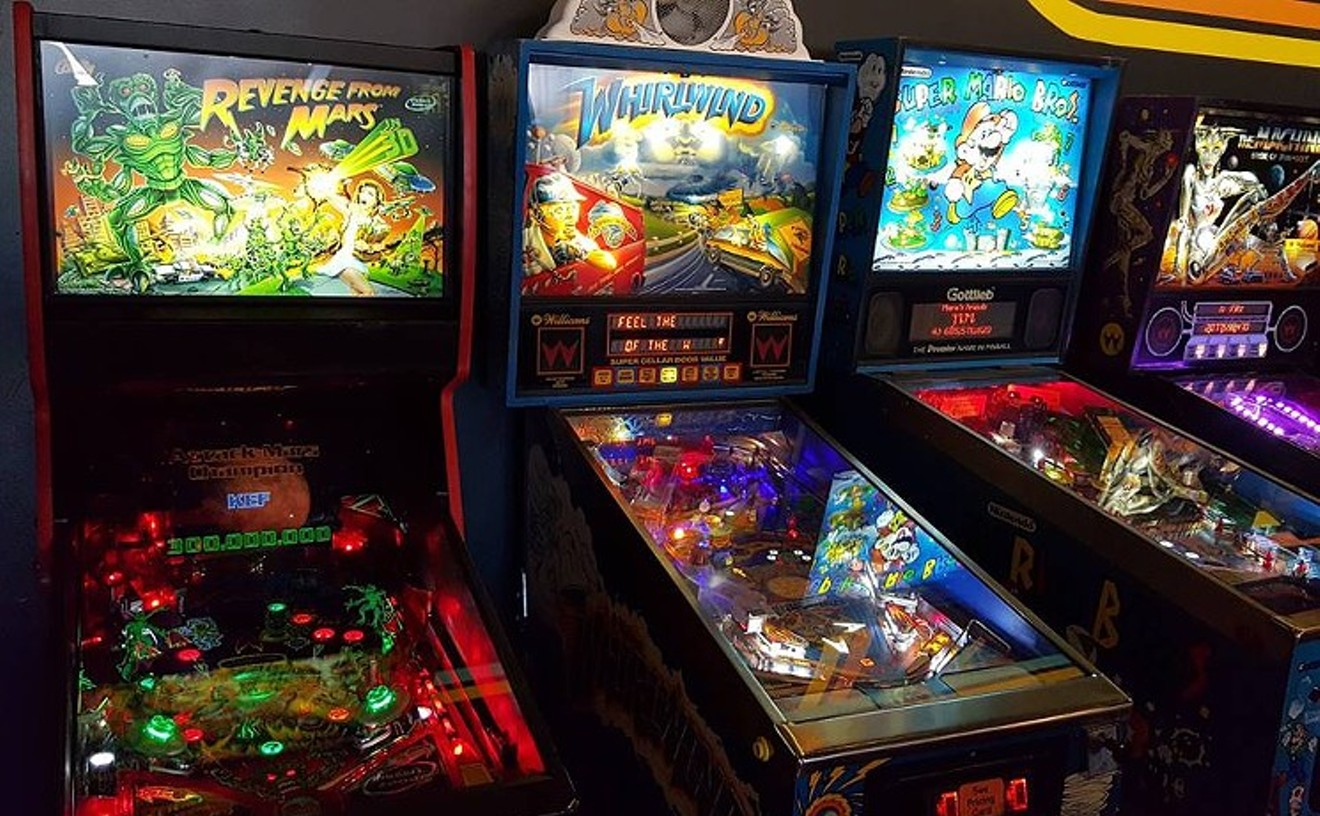 Free Play is not only a great place to play vintage arcade games, but it's also a great craft beer destination. And each of its three locations in North Texas is a little different. Free Play Richardson and Arlington offer beers as well as a full bar and kitchen, but its latest location in Denton offers 52 draft beers, several bottled and canned beers and the opportunity to fill full-size growlers. Five bucks gets you in the door to play some of the coolest classic arcade games and pinball machines, and from there, simply pick your poison and enjoy drink specials and a rotating list of beers.

Best Reason to Abandon the 9-to-5

While microbreweries aren't exactly novel, there are still a few that are worth a visit. First and foremost: Peticolas, an award-winning brewery launched in 2011. The brewery's founder and namesake, Michael Peticolas, left behind a career in law to pursue his dream of becoming a brewmaster. And while some called him crazy, he clearly knew what he was doing. On December 30, 2011, Peticolas brewed an Imperial Red Ale called Velvet Hammer. In the years since, Velvet Hammer and several other Peticolas beers have gone on to earn some of the industry's most prestigious awards. Now Peticolas is available in bars and restaurants across the Dallas-Fort Worth area. But you can't beat a visit to the taproom, where you can tour the facilities to see how the magic is made.

Best Grocery Store to Drink While You Shop

If you can drink while grocery shopping, you have just hacked time and pain. There's nothing wrong with regular grocery shopping per se, but the aisles and aisles of impossible choices and the screaming kids running around don't exactly make things easy. Luckily, God invented alcohol, and even better, Whole Foods has the option to sip on some wine from the bar and continue shopping for all your favorite gluten-free crackers along the way. Once you discover this hack, there truly is no going back. Rosé while picking out the best take-home frozen pizza is basically the equivalent of eating in Italy, and you're welcome forever.

There are two reasons there's a line out the door of this Deep Ellum doughnut shop almost every night: They're hungry after drinking their body's volume in cheap beer, and these doughnuts are the tastiest way to avoid a hangover. Doughnuts are usually a cheap and easy snack, but this late-night bakery works hard to make the tastiest treat on Elm Street with unique creations like a chocolate- and whipped cream-covered dessert called DoughNachos and interesting flavors like banana pudding and key lime pie. Even if you know how to drink, it's worth risking a head-splitting hangover just so you can have an excuse to eat one at the end of the night.

Sometimes when you're out for a drink or 12, you want more than just a single liquid in a glass. You want to enjoy the taste of what you're sipping before it completely dulls your senses. This Deep Ellum tavern has come up with some really interesting ways to get your nightly recommended allowance of alcohol using taste buds you didn't know your tongue had. Their Bloody Mary is poured with a special four-pepper-infused tequila that will wake you up at any time of day. They've turned the frat favorite Irish Car Bomb into a much tastier concoction called the Four Leaf Clover. If you're feeling adventurous, tell the bartender to surprise you, and watch them experiment with the bottles behind the bar to create new and tasty drink recipes. 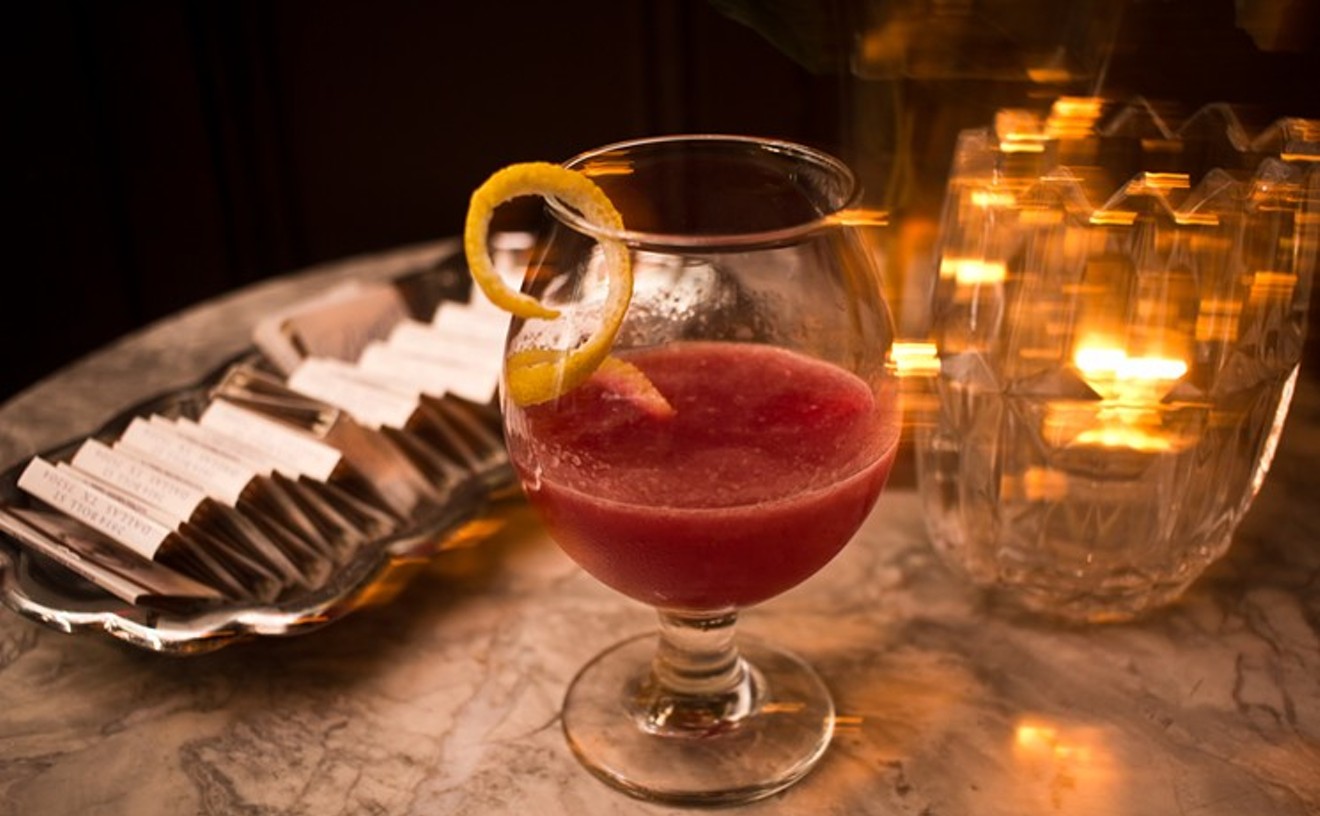 What makes a good happy hour? For one, lasting more than an hour. Happy hours that end at 5:30 p.m. or 6 p.m. are frustrating for office workers who work a 9-6 (does 9-5 even exist anymore?). At Bowen House, happy hour runs 4-7 p.m. and includes the second most important thing: decent specials. Let's be honest: $1 off one beer for 30 minutes a day ain't cutting it. At this homey Uptown cocktail bar, you'll find $5 classic cocktails (margarita, old fashioned, sazerac, etc.) and food specials like $8 lump crab deviled eggs. 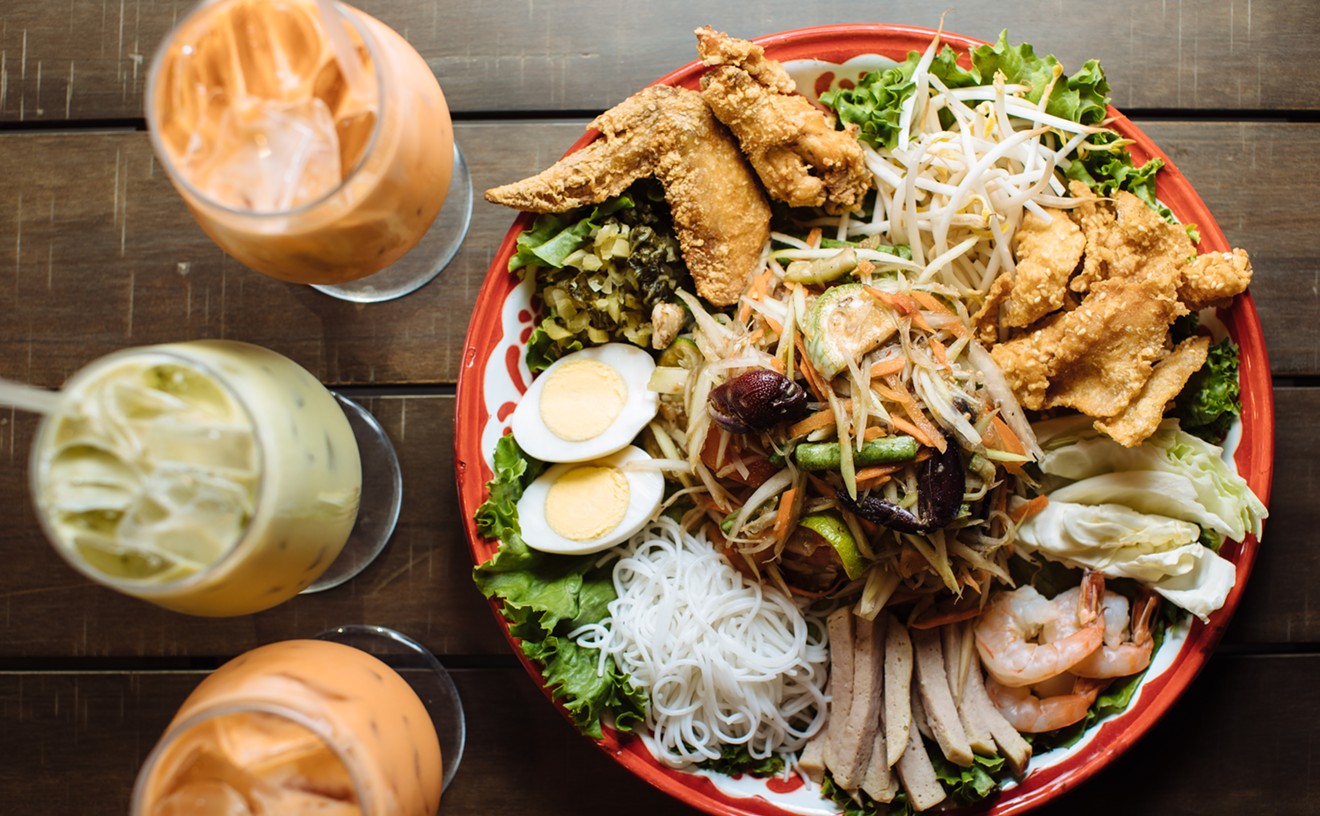 Kathy Tran
Too Thai Street Eats
At this spot in Carrollton’s Korean neighborhood, the kitchen serves up Thai food most Texans have never seen before: crispy chicken skins, spicy seafood hot pots, deep-fried whole fish bathed in tamarind sauce. Too Thai Street Eats is a bright, colorful spot that serves up intoxicating flavors, and there’s no other place in Dallas to try hoi todt, a crispy, bubbly omelet studded with mussels. Sure, you can get good old pad Thai, but sukothai noodles topped with barbecued pork beckon too. And the bubbly optimism of Too Thai’s atmosphere and staff are as addicting as the food. 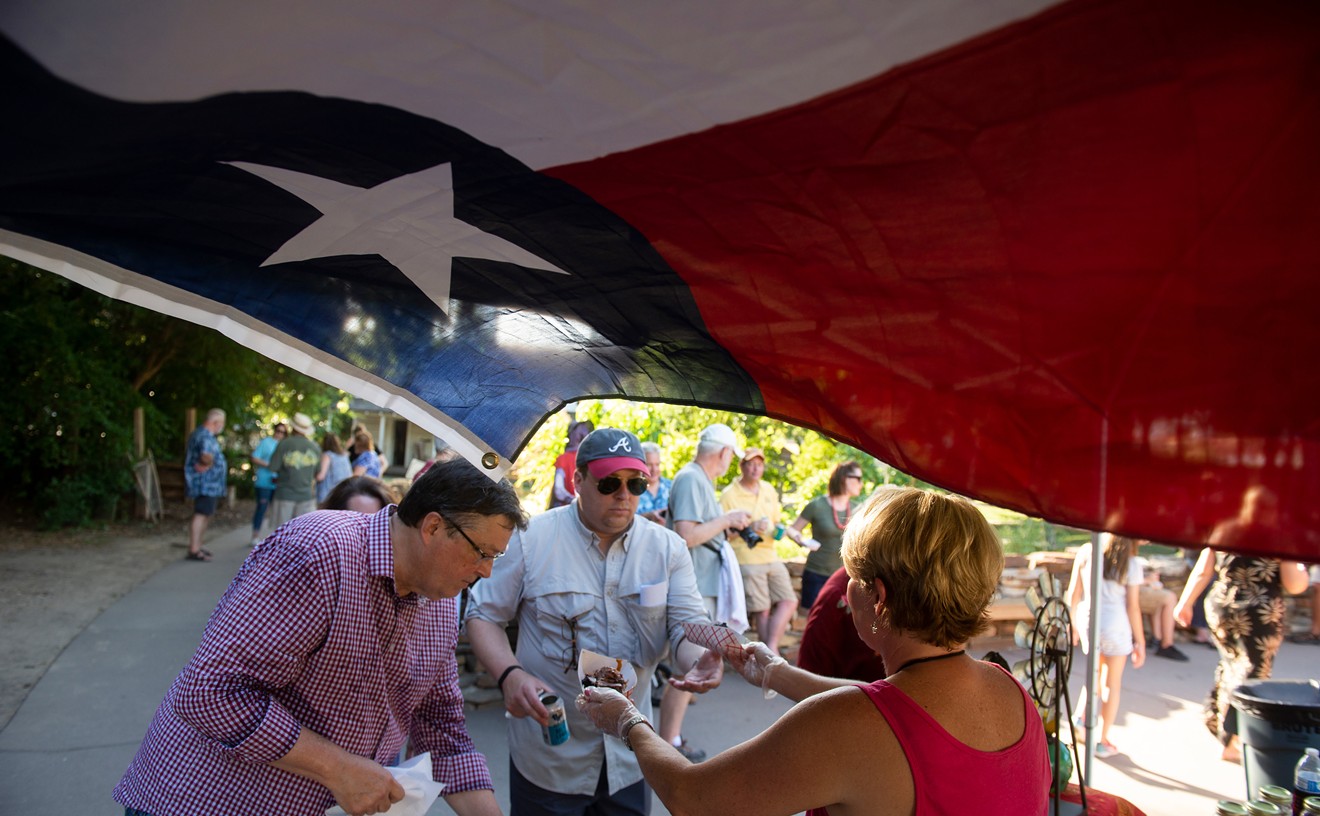 Brian Maschino
Birthright BBQ Fest
Food festivals are all the rage right now, and you’ll find one for every food item down to tacos, margaritas and even all things spicy. Our favorite fest of 2018 was a new one: Birthright BBQ Fest, which took over Dallas Heritage Village with big-name pitmasters using cooking methods from the 1800s to present-day. They even utilized old-school smokehouses on the historic property, and even though it was sold out, you never had to wait too long to get a slab of smoked meat.

Kathy Tran
Limon's
This was a tough choice — we could have gone with any number of regional Mexican restaurants serving excellent food in Oak Cliff and beyond. But the crowds haven’t quite found Limon’s, where Francisca Limon and her family serve up specialties from the Veracruz region, like mole veracruzano, one of the sweetest and nuttiest of Mexico’s moles. Tamales veracruzanos, wrapped in banana leaves, are practically decadent, and this is one of the few restaurants in Dallas to serve chanchamitos and garnachas. The enchiladas, especially bathed in fiery-hot salsa verde, are as wonderful as the family atmosphere is welcoming.