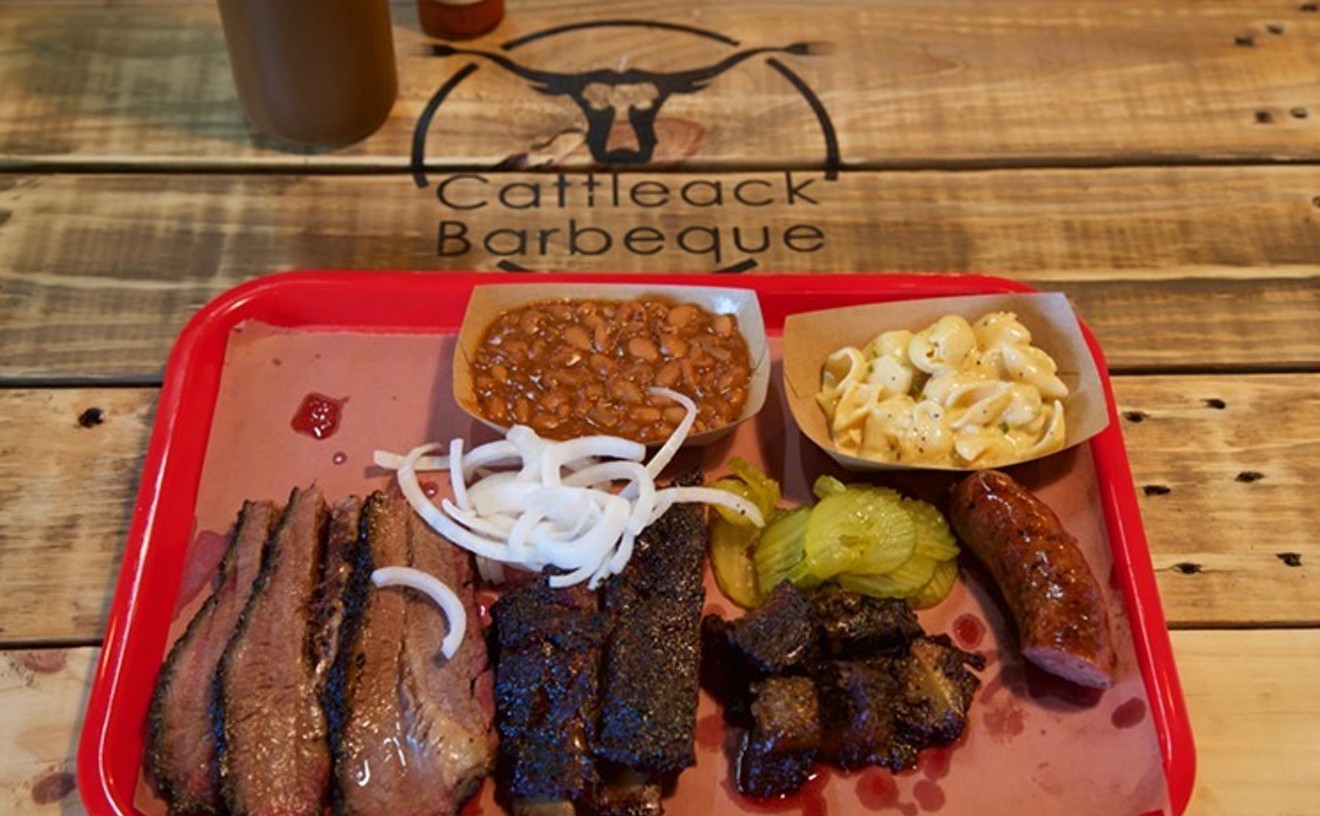 It's 10:15 in the morning on an ordinary Friday that's otherwise indistinguishable from any other weekday. Your plan to swing in early to Cattleack Barbecue, however, is shared by the 50 or so people already in line when you arrive. Picking our Best of Dallas winners is by no means a popularity contest, but it's no coincidence that the lines form early for Cattleack's spectacular barbecue. And it's not just the excellent fare on the regular menu; each week, Cattleack cranks out a special item or two that will instantly elevate your meal (and for that matter, the rest of your day) from ordinary to out-of-your-mind amazing. 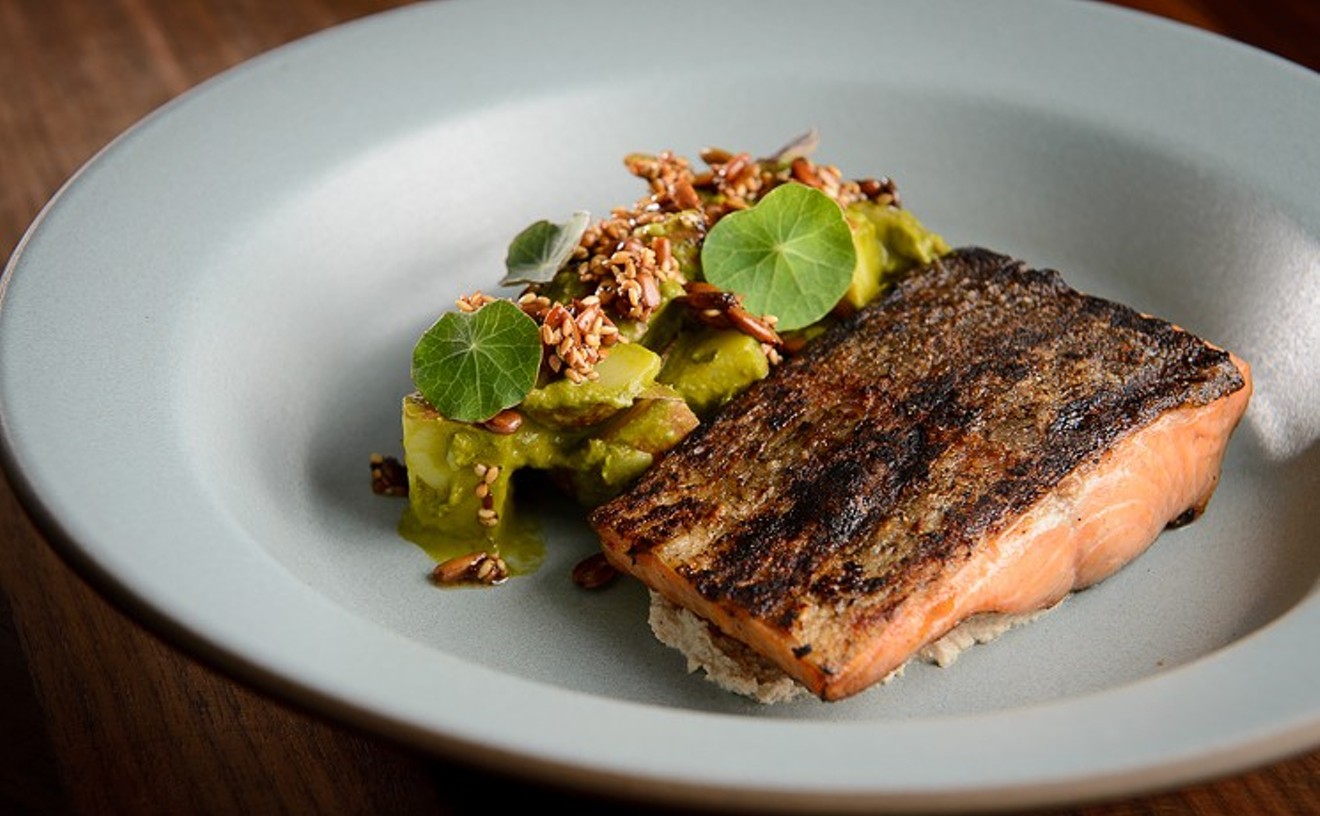 Homewood is a comfort food spot for ultra-seasonal eaters with Mediterranean leanings. Want to know what produce is in season right now? Swing by Homewood and sample heirloom snow peas or morel mushrooms at their best in an array of pastas, crudos and sharing plates. The radishes, edible flowers or herbs like lime basil probably came from the raised garden beds in the restaurant's patio. And the kitchen, led by Matt McCallister, uses sleight-of-hand tricks to intensify flavor, like tossing grilled mushrooms in a compound butter that contains, yes, more smoked mushrooms. Save room for desserts by this year's Best Pastry Chef, Maggie Huff. 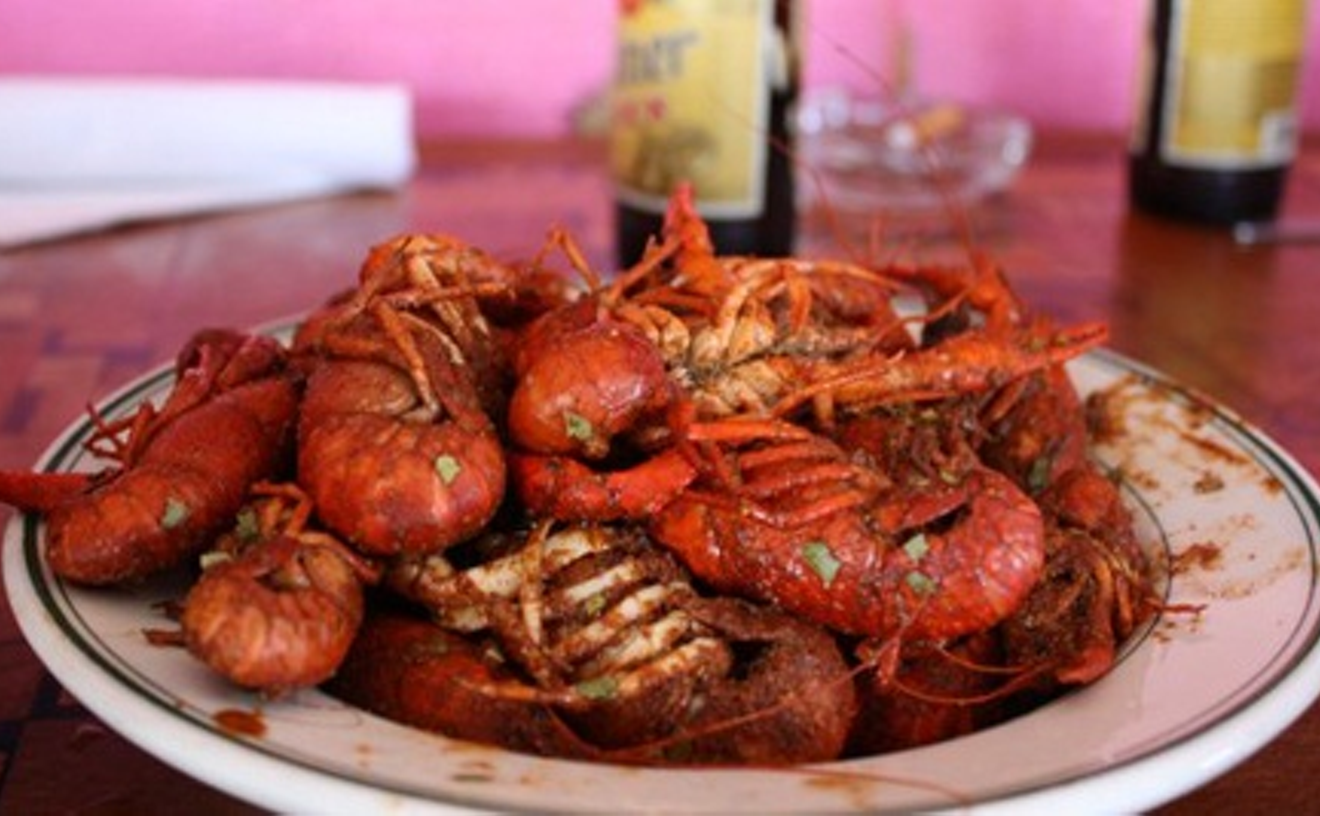 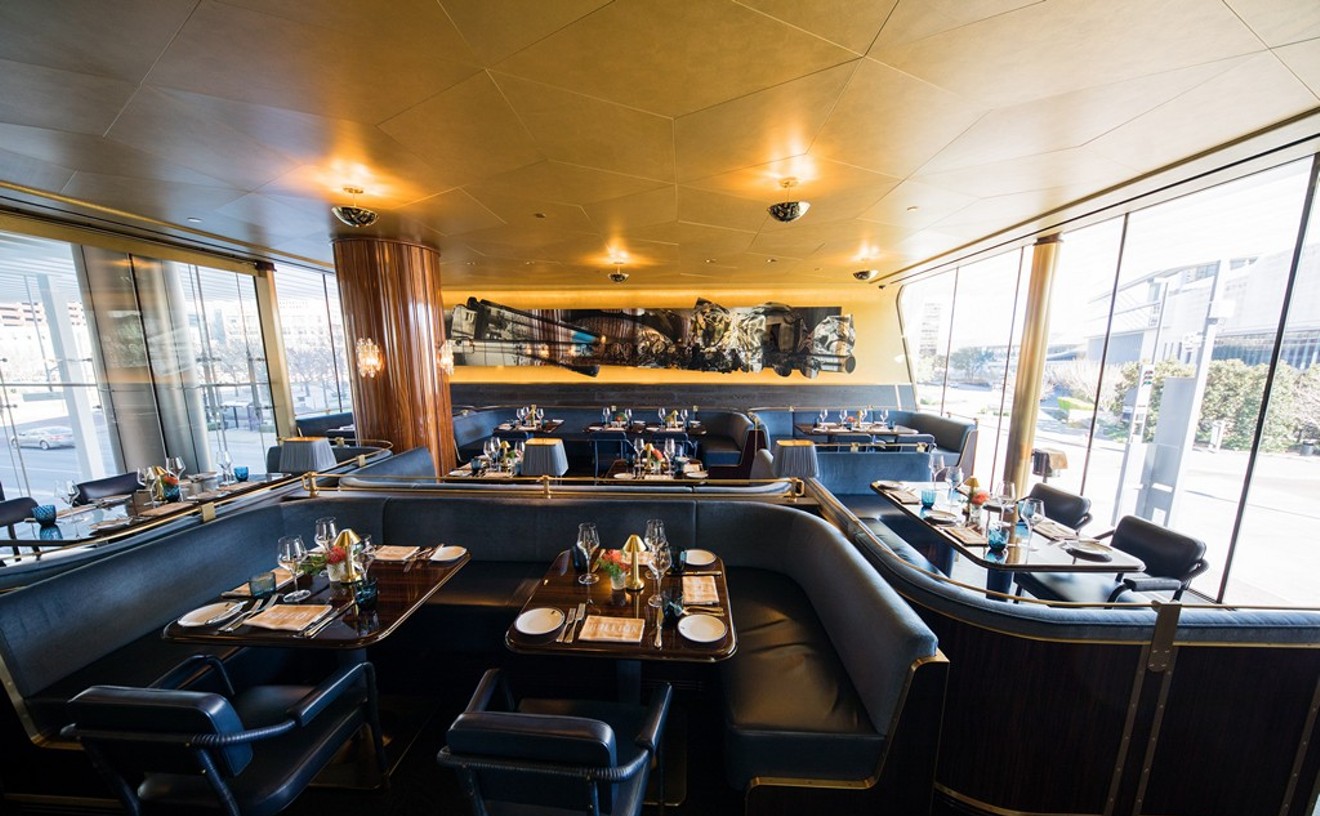 Kathy Tran
Bullion, all that glitters

There's no Dallas restaurant entrance as grand as Bullion's spiral staircase wrapped around an enormous sculpture in the shape of a dangling necklace. Upstairs, the dining room is inside a literal gold bar on the side of a skyscraper. But unlike many tower restaurants, the views aren't the thing, and unlike many restaurants with their own sculptures, the food actually lives up to the setting. Bullion's elegant French cooking has no rival in the region; look out for the daily specials list, which includes some of the star dishes: grilled whole fish, Provence-style rabbit or lobster thermidor. Save room if you can, because pastry chef Ricchi Sanchez serves up some of the region's finest temptations. 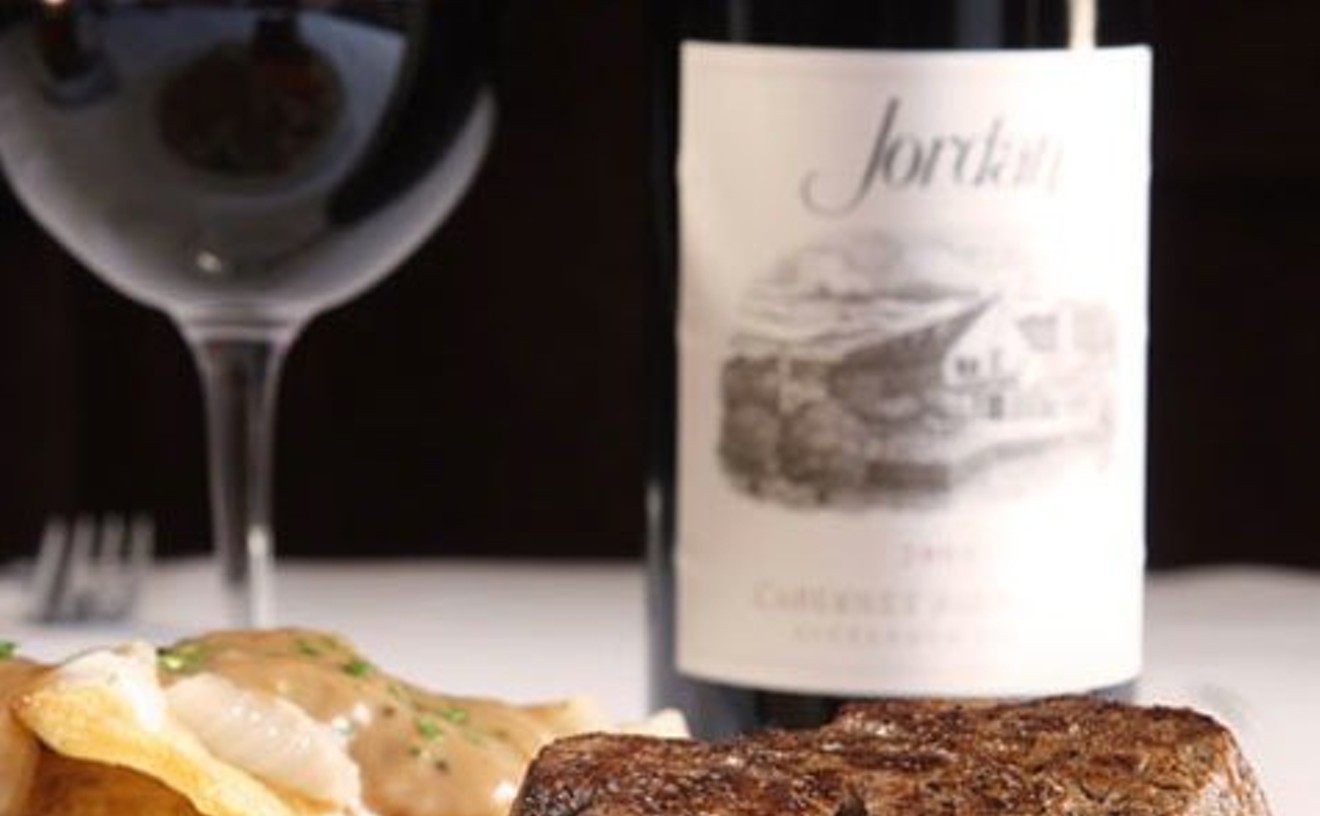 On what could be called the fiercest turf in the world for steakhouses, Dallas is divided between two teams: old school and new school. For this year's award, we're taking it to the old school, all the way back to 1993 when Bob Sambol opened the flagship store on Lemmon Avenue. Since then, Bob's has evolved into a nationwide chain with corporate ownership, and after years working to develop Trinity Groves, Sambol bought back his original location last March. The broiled Prime steaks with seared crusts and perfectly red centers are as good as they've ever been. Even in 2019, Bob's California-heavy wine list is ranked second in DFW by Wine Spectator, and we kind of like the fact that we don't have to risk knocking over a Ducati on the way to the table. Also, we love a couple of free sides, namely that massive glazed carrot, when paying $45 or more for a steak. 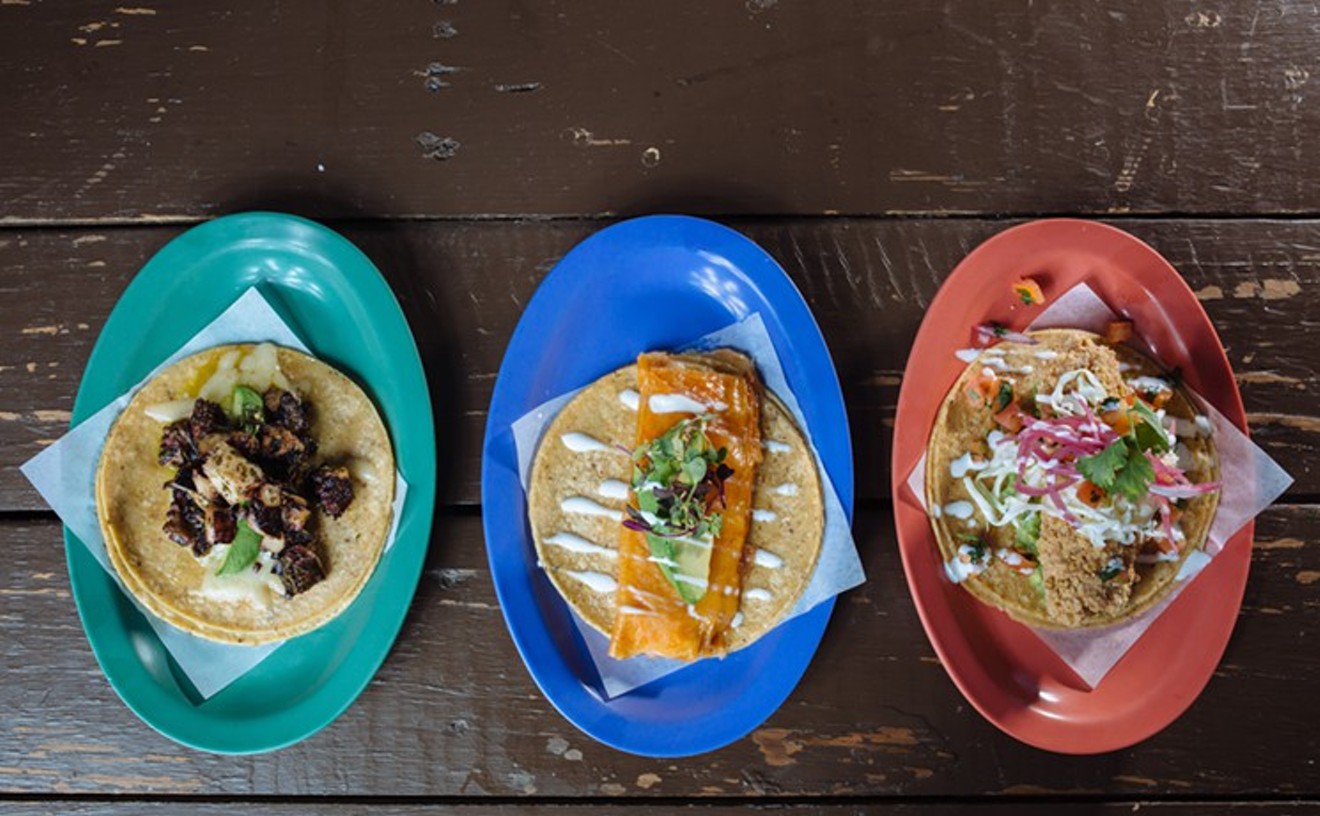 First things first: It's not that spicy. If your idea of the best salsa is a flame war, look elsewhere, like the salsa at El Taxqueno, or the peanut and chile de arbol salsa at La Salsa Verde. The purpose of Tacos Mariachi's mango habanero salsa is different. This two-store chain specializes in seafood tacos, and the fruitiness of both mango and the habanero pepper are a perfect pairing with the octopus, shrimp and fish that feature here. Almost every one of the tacos at Tacos Mariachi is better with a squirt of tropical fruit and heat imparted by this salsa. It's the perfect marriage of condiment and taco. 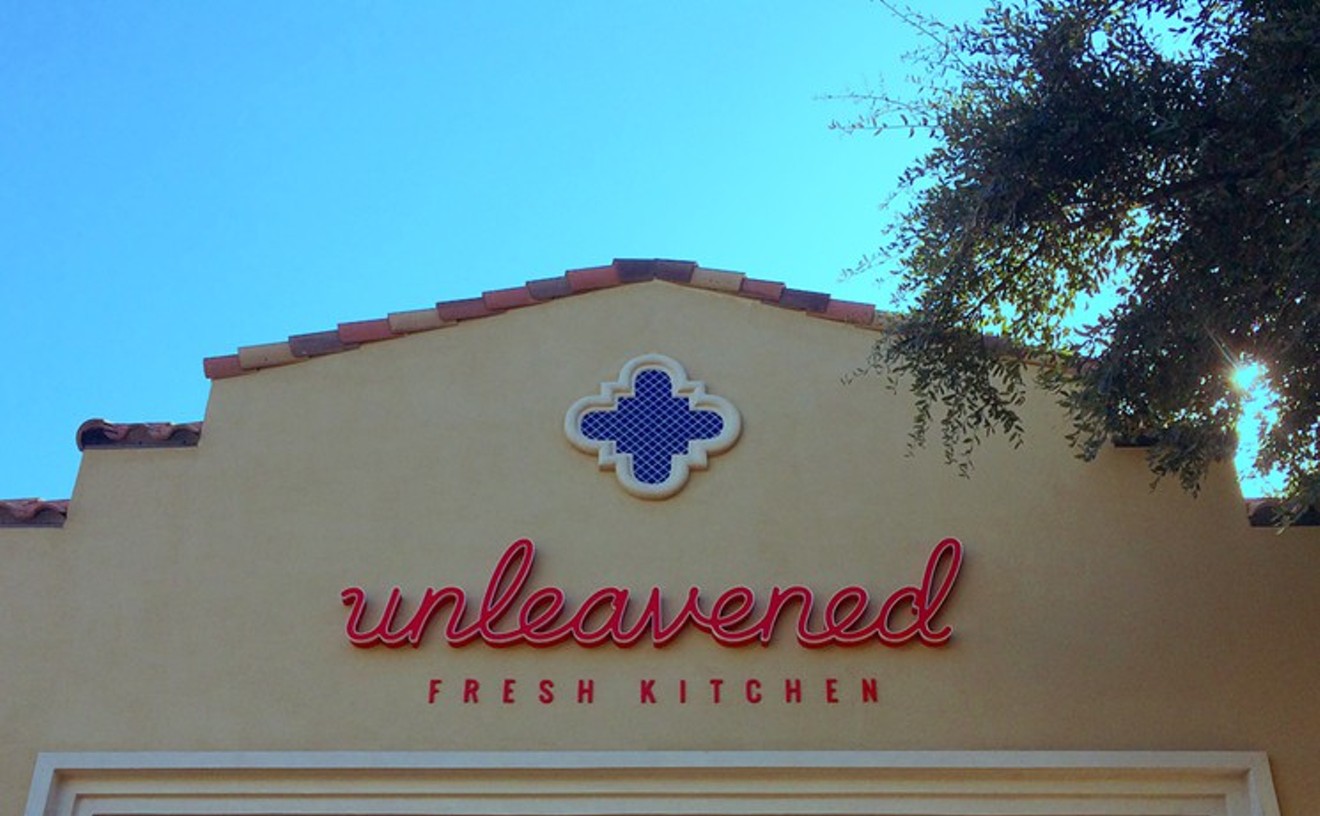 Unleavened is a fast-casual restaurant with four locations in the area serving healthy takes on classics. Much of their menu is dedicated to wraps and salads packed with vegetables and high-quality proteins, like house-roasted turkey, tuna, bourbon-glazed pulled pork and grilled fajita steak. Unleavened serves breakfast wraps, hashes and smoothies as well. They also recently started serving warm bowls: lemon pesto, mole verde and cashew sesame.

The pizzas at Social Pie are served on thin, flavorful crust. If you choose a pie loaded with toppings, you might want to grab a fork to dig in. Build your own or choose from one of 10 flavors, like sausage and arugula, barbecue chicken, wild mushroom or the Tony, with garlic oil, chicken, spinach, Kalamata olives, goat cheese and pickled jalapeño. You can also order a few flavors by the slice, but beware — a slice here is more like a quarter of a pizza.

Manna Juice Bar is a family-owned shop in Mansfield run by Kristi and Dominick Andrew. When the couple, made up of a former athlete and pharmacist, noticed there was no cold-pressed juice near their home, they decided to create one. From juices to cleanses to shots, Manna Juice Bar is bringing healthy options to the area, while educating customers in the process.

While LUCK — an acronym for "local urban craft kitchen" — may not have the biggest beer selection, it certainly has the best. The Trinity Groves restaurant only carries beers brewed within a 75-mile radius to ensure every pour is fresh as can be. Look for a curated selection from local breweries including Peticolas, Revolver and Lakewood, and a complementary menu of upscale bar bites created to pair with craft beer, and in many cases, created with craft beer as an ingredient.