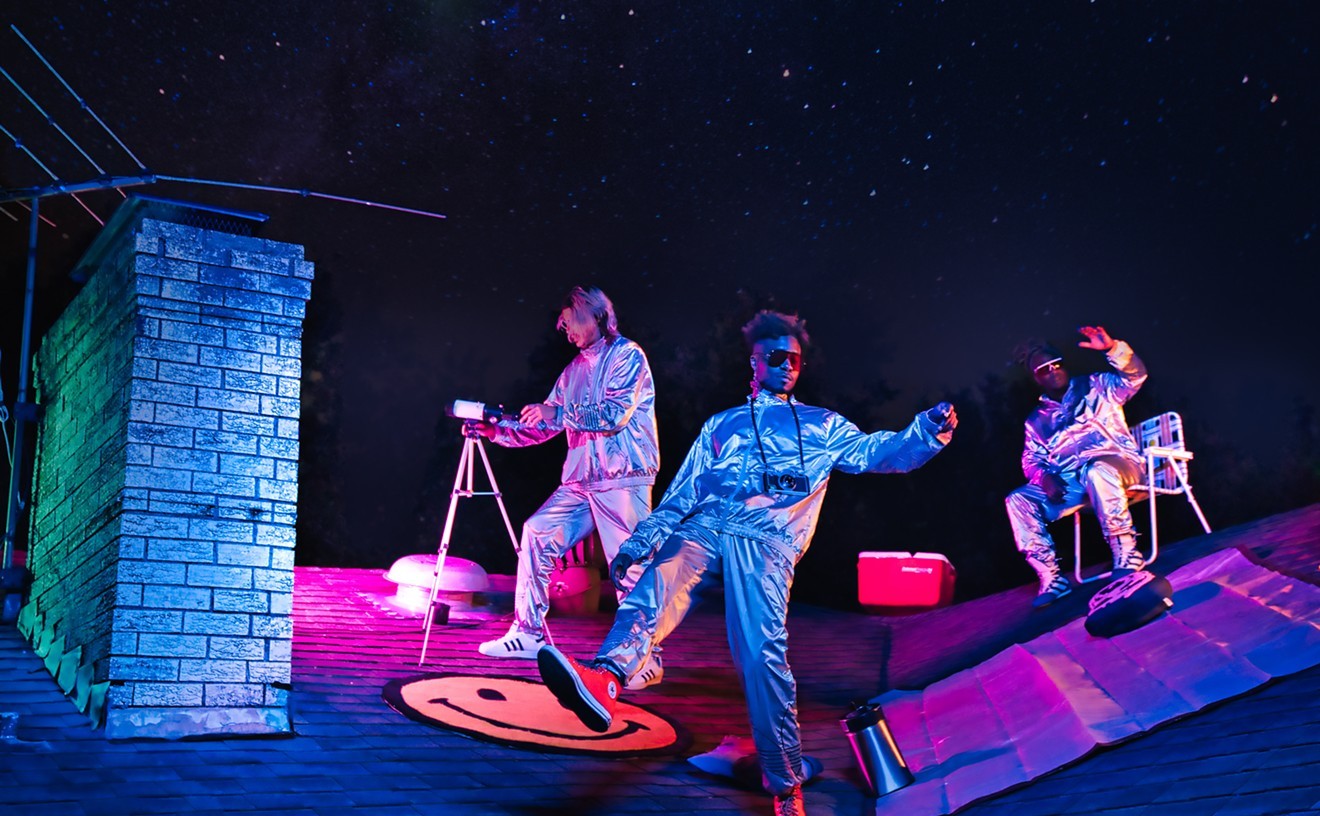 Some of the best things to come out of music are the things you didn't know you wanted. That's how emerging Dallas musician Cameron McCloud built a following for his group Cure for Paranoia's ambitious second album BAMN (By Any Means Necessary). McCloud, producer Jay Analog and engineer Tomahawk Jones put together the self-effacing, open and catchy eight-track album and first released the EP on Soundcloud as a secret gift for a monetary donation. Songs like "99" and "Dolla Dolla Bill Y'all" take mainstream rap sounds and themes and turn them on their ear to create something complex, heady and funny as hell. The only thing McCloud and his crew take seriously is the production to record and mix awesome songs that aren't so serious. The result produced sounds that are thought-provoking, clever and cool. 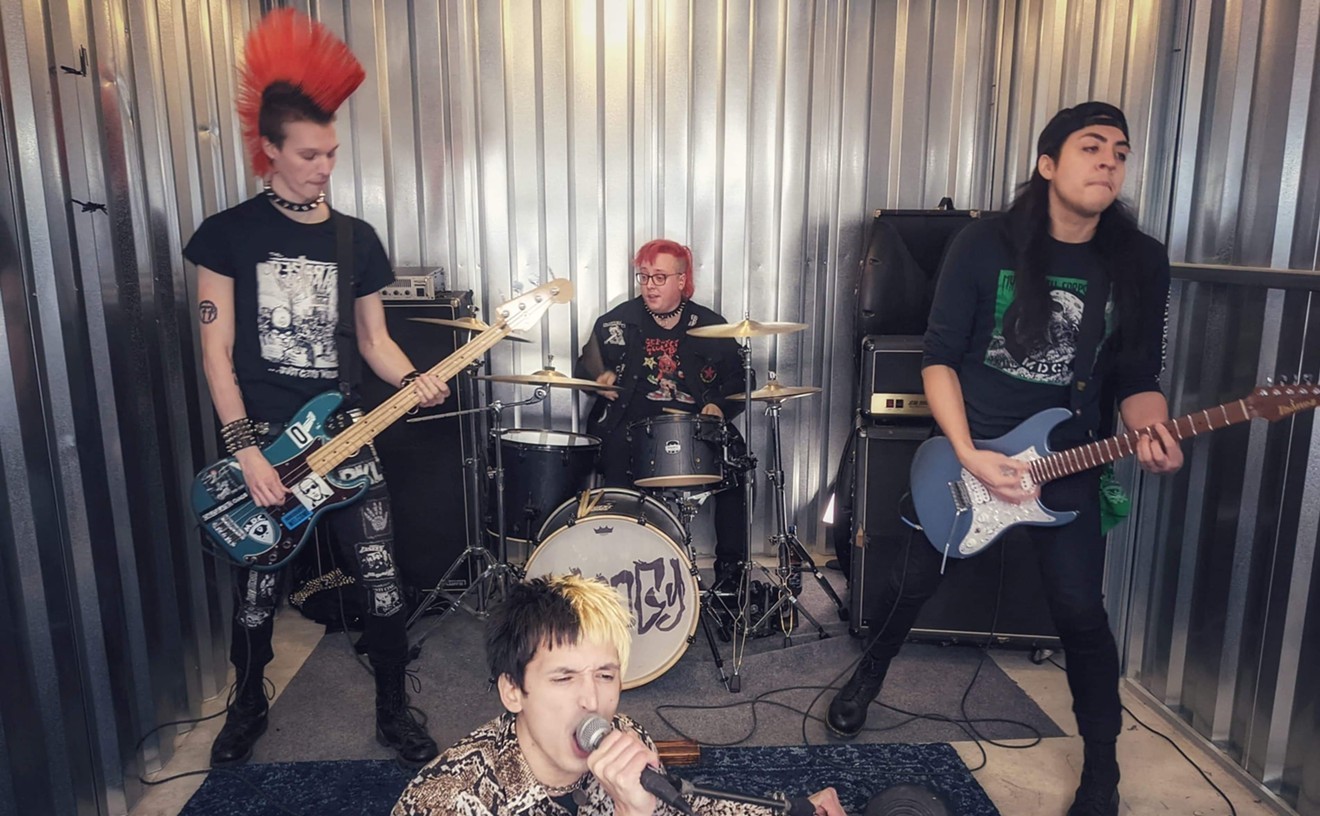 We live in angry times, giving punk another chance to raise its angry fist and maybe a certain finger at authority. Just because Donald Trump is no longer resident doesn't mean stupidity and authoritarianism left with him. The Denton punk group Noogy teamed up with Austin's MDC to produce something appropriate during the downtime we all suddenly had in (what we hope will be) the end of the COVID pandemic with Bye Bye Donny, a raucous FU to everything that made life suck in the last few years. It feels like an echo of the thesis statements of legends like Black Flag and The Dead Kennedys. It's also a very personal piece of work for the Denton band. Noogy drummer Nick Helm died in 2020 as his depression and the isolation from not touring overtook him. It's sad but out of it comes something inspiring as the rest of the band picks up Helm's sound and style to make sure they didn't go with him. It's living proof that nothing can kill great punk rock. 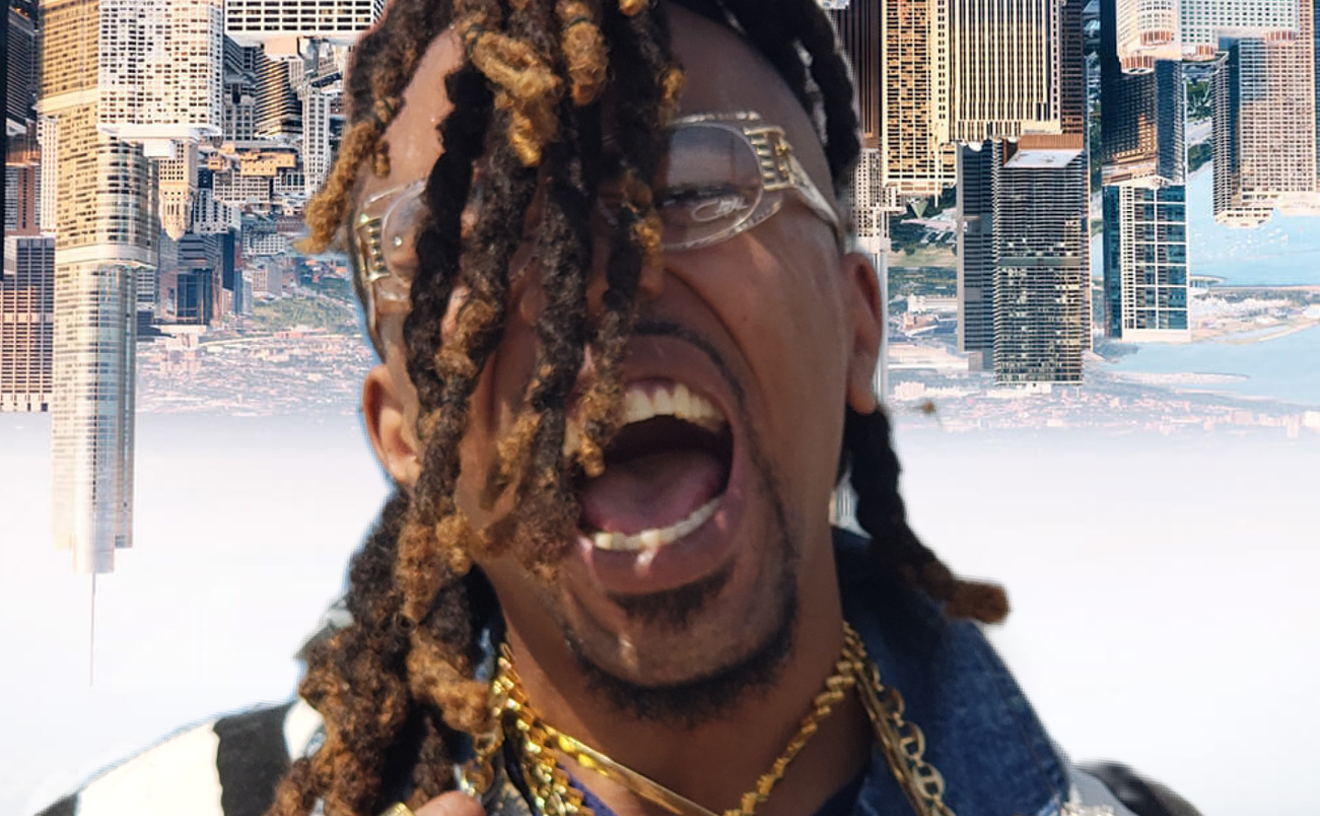 Even though we're in the 21st century, we still haven't gotten stuff like flying cars and jetpacks. The upside is we've got a futuristic soundtrack that would be awesome to play from our jet car's cosmo-blaster. Rapper Mallo the Great, an "avid Dallas repper," according to his Instagram, developed one of the most unusual stylings of the year with his brand of hip-hop and cosmic backgrounds. Mallo took advantage of the quarantine to advance his freestyle talents and experiment with all sorts of alluring sounds and instruments to produce rap tracks backed with beautiful backgrounds that do more than just make noise. They elevate the drama and passion of the stories in his songs that feel like something on the same level as a passionate aria from an opera. The rhymes he spills can be just as furious as any rap standard, but there's something very passionate and beautiful in Mallo's works. Who would have thought that some of the hippest new music would come from a burgeoning label in McKinney? Katie Scott started Red Zeppelin Records as a music store on McKinney's downtown square for hardcore crate diggers; this past year, it also started producing its own indie artist releases. They are fairly new, but they've already produced a really slick release with local musician Juno Uno and the unique pop sound from his new track "Sides." Red Zeppelin also released a new 5-track EP from Bayleigh Creek called Immortals that offers its own unique mix of haunting and mesmerizing. It's a very encouraging start for a label that has nowhere to go up from here.

It Hurts to Be Dead 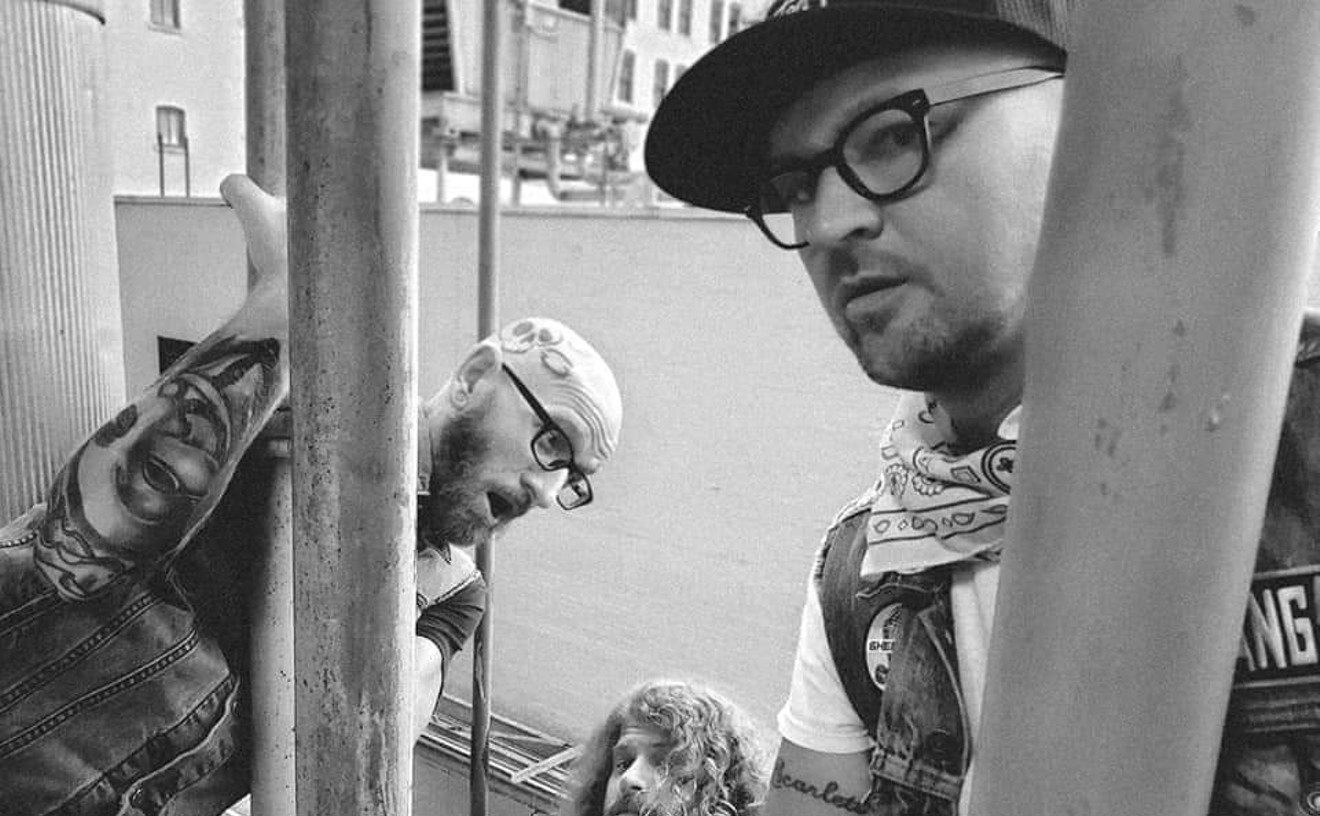 The breakup of the punk group duo It Hurts to Be Dead started in 2019 fueled by one bad day in a recording studio with tense conversations and an unrelated but still annoying broken pickup truck window. Then as the vaccine rollout started to make it look like things might be improving, singer/guitarist Sean Snyder and drummer Kevin Gilmore worked out their differences and announced the band was back together again. They have a new project in the works called Dystopian Graffiti to celebrate IHTBD's glorious return from, well, the dead. 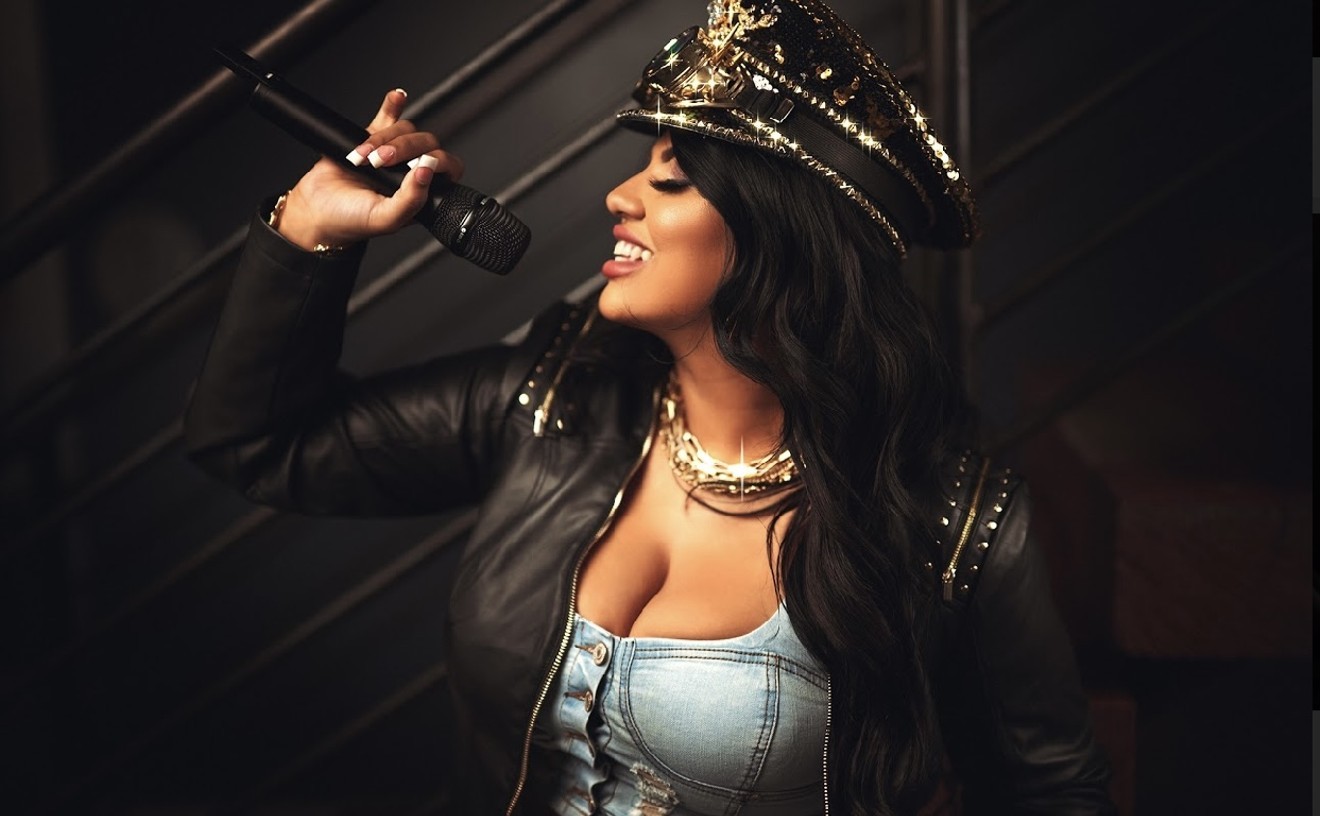 Social media communities like TikTok are filled with people who think they have musical talent but are entertaining for reasons that go far beyond musicality. Singer Christi Lux found a spotlight on TikTok, but unlike 99 percent of the music makers on the short video platform, she has scads of talent and a luxurious singing voice. Lux's song "BEBE" uses a reggaeton sound to express what she describes as a feeling "like when you have a crush on somebody and you talk to that special person, but for some reason, neither of you have the courage to tell each other your true feelings" in her profile feature. The track went viral and brought attention to her impressive body of expressive and moving love songs that's also helping her line up new shows and make connections in the industry. 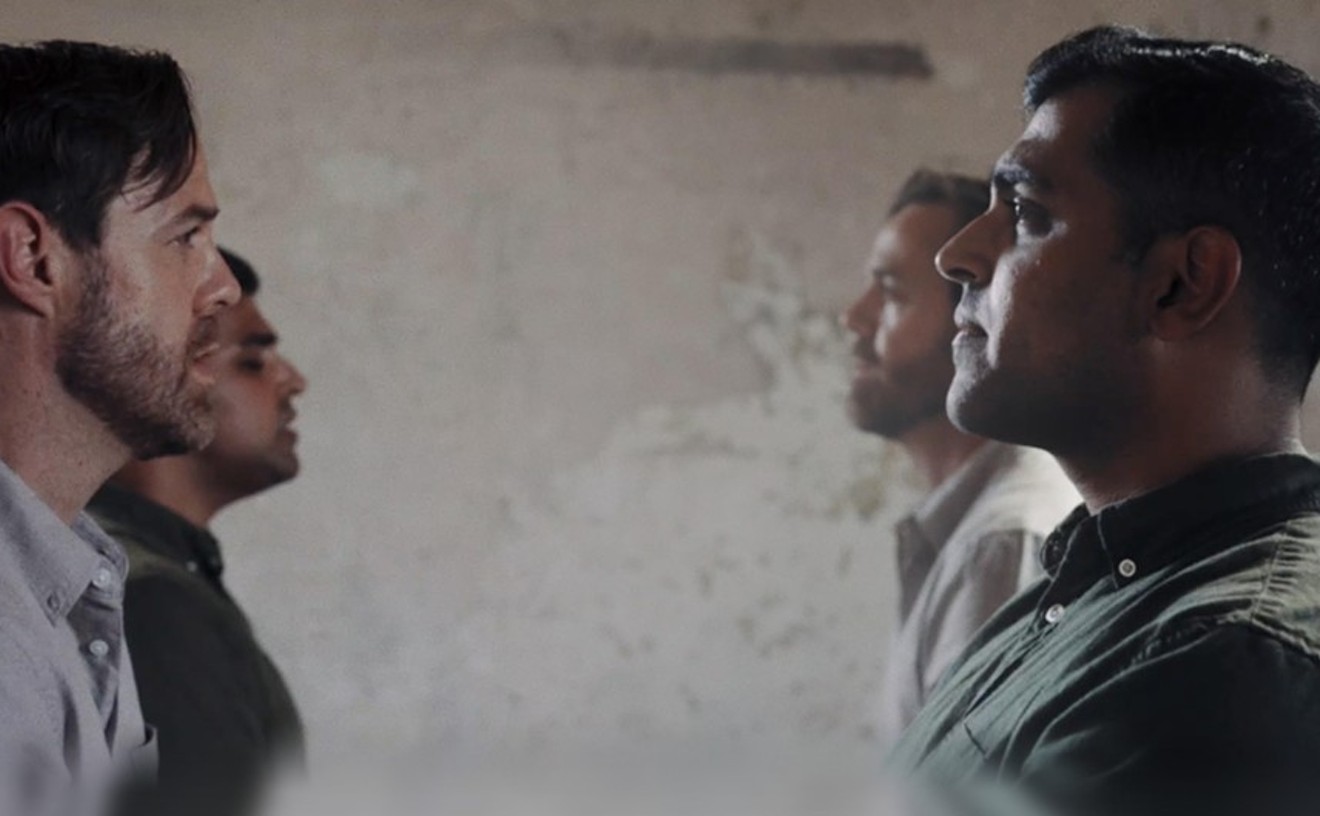 The vocal duo of Dan Bowman and Tarun Krishnan spent their pandemic downtime in virtual writing and jam sessions that led to their first album, Pendulum, with Mimo Morreale on bass, Aaron Stanfield on drums, Jacob Metcalf on electric guitar and Ben Fisher on accordion. The songs are three stories that explore "how we all deal with the balance between wanting love and actually discovering it." The album may only have three tracks, but they make quite an emotional impact with a moving mix of folk and pop and the power of their dual vocals. 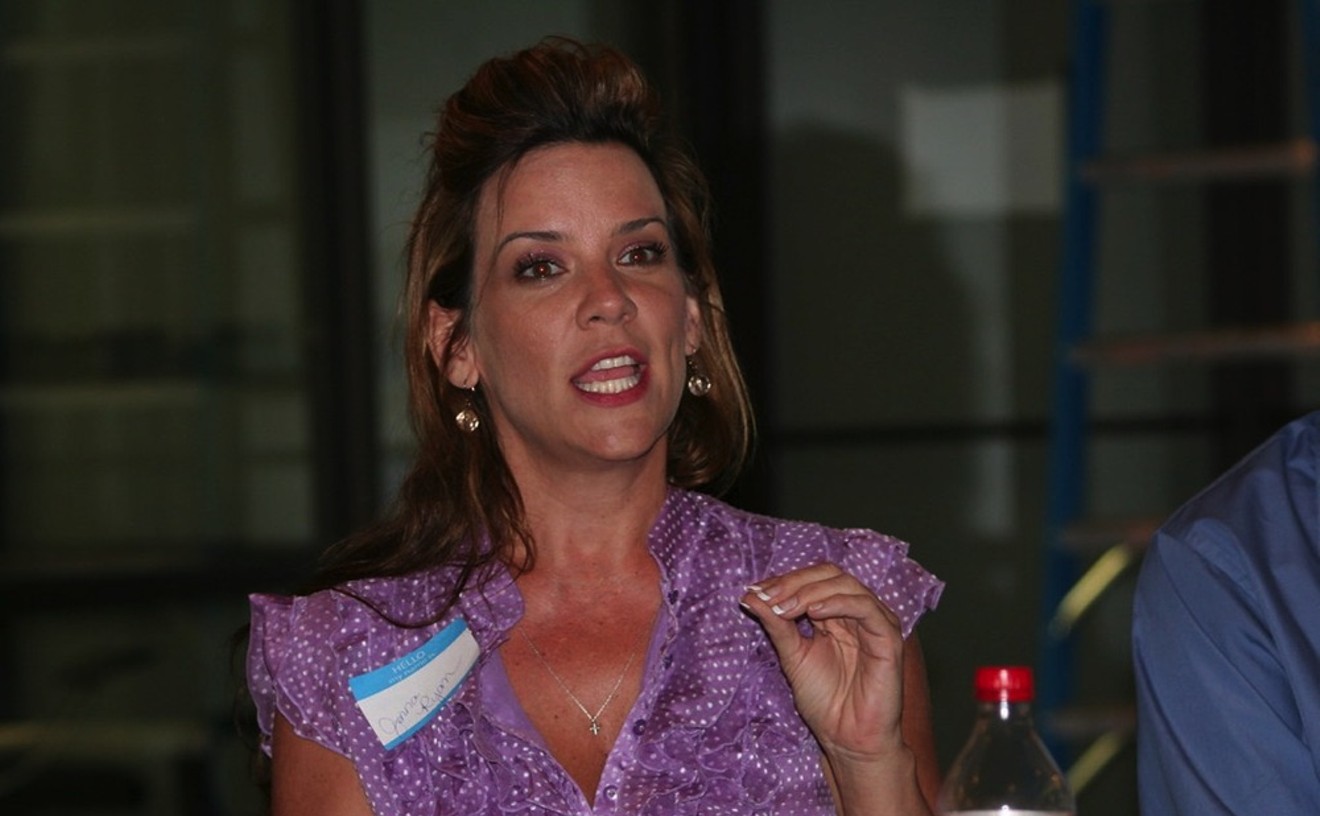 The last person we wanted to give a "Best Of" to in any category is Jenna Ryan, the Frisco realtor charged for her role in the riot on the U.S. Capitol building on Jan. 6. But fair is fair, and Jenna Ryan has been very good to the Dallas Observer this year. She tweets. We write about it. Ka-ching! Page view gold. She denied any wrongdoing and dug her heels even further with hateful replies to critics on Twitter about how she'll never go to jail because (and we quote) "I have blond hair white skin a great job a great future" [sic]. Ka-ching! Then she released a song on YouTube, a real song that she wrote, performed and recorded herself called "My Falling Heart." If she hadn't filmed herself in the grounds of the biggest political hissy fit in American history, it would be just another spiritual ballad with redundant platitudes that probably came from hand stitched throw pillows. However, when you listen to it while imagining her legal predicament, you can't help but wonder if the cries of "I know that He's there" and "I know somebody loves me" are directed toward someone who claims to be King of Israel but isn't, not at all.