Yes, it's Monday night. Yes, it's in Fort Worth. Yes, drinks are expensive. But if you want to enjoy classic house and techno performed by talented local DJs with the best possible vibes, drop what you're doing and run don't walk to Curfew Bar near Sundance Square. Curated by DJ offparole alongside resident DJs boyblk and C.B. Smoove, the music's bumping from 10 p.m.-2 a.m. every Monday night. Lasers by Michael Moore strobe, anime plays behind the booth and everybody dances the night away. The top Texan techno talent — think Pro Ghost, J. Harcrow, IAMYU, Bout, Rami and American Matthew — performs here on the reg. All are welcome at this raging techno party that intentionally harkens back to the Detroit house scene created by people of color and members of the LGBTQ+ community.

The Princess Bride at Movie Night at the Meadows Museum 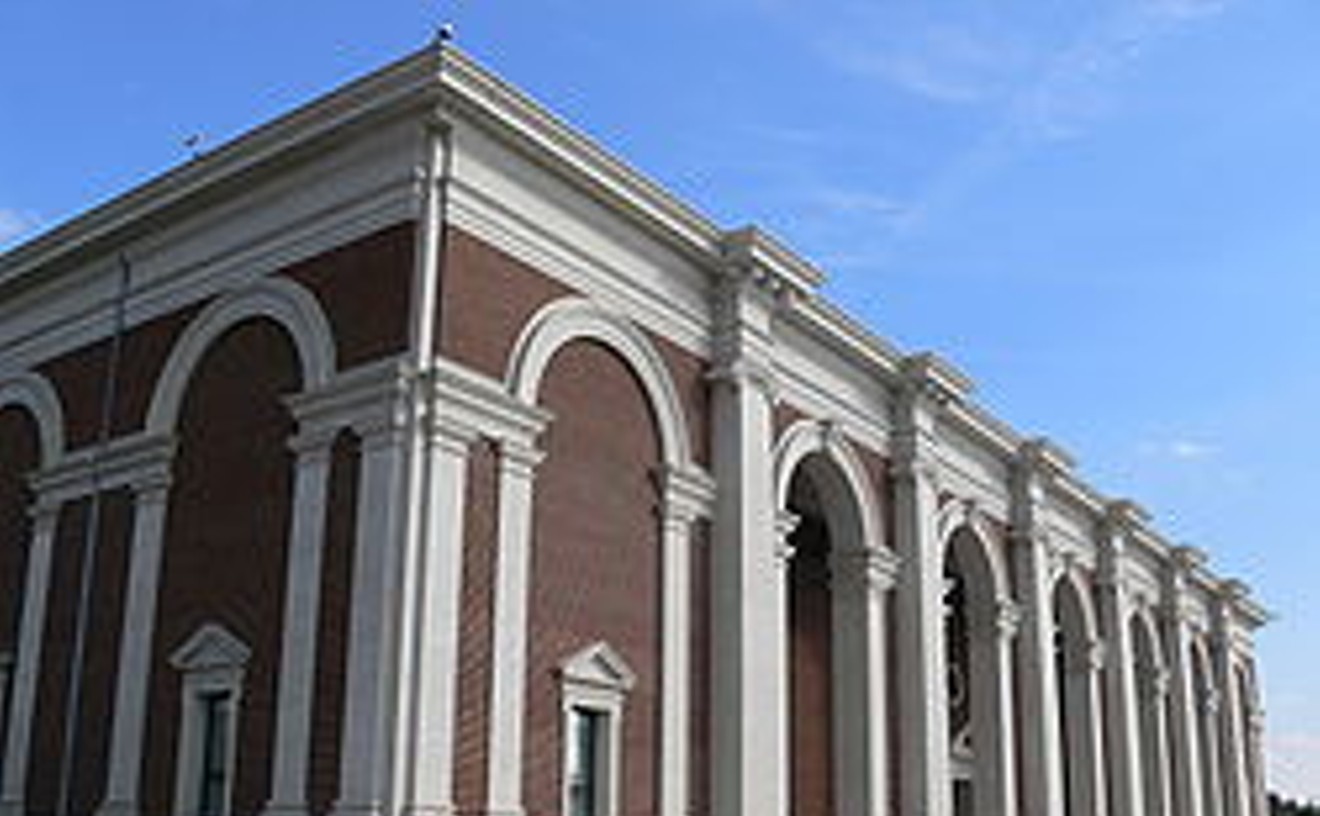 "As you wish," indeed! Films are best enjoyed among the company of a large crowd, and the Meadow Museum in Dallas screened Rob Reiner's classic fantasy adventure The Princess Bride in a refreshing outdoor experience. The epic romance of star-crossed lovers Wesley and Buttercup (and the commentary of a cynical adolescent boy and his grandfather) is a story that's passed between generations, and the family screening allowed parents to share a true classic with the next generation. Drive-ins became popular within the last year, but the outdoor experience of a pre-summer breeze came as a welcome change of pace.

One of the icons of classic cinema was honored with an extensive Fort Worth exhibition that featured some of the most iconic props and memorabilia from his filmography. Displaying items from classic Westerns like The Searchers, Stagecoach, Red River, Rio Bravo, The Man Who Shot Liberty Valance and The Shootist, the John Wayne Museum walks attendees through four decades of "The Duke's" career. It's not just film highlights though, as the experience provides intimate details about Wayne's challenging childhood and features segments of his acclaimed original poetry. The 10,000-square-foot exhibit ion includes exclusive merchandise such as Wayne's signature bourbon. Adjacent to the Fort Worth Stockyards, it's a truly unique Texan experience. 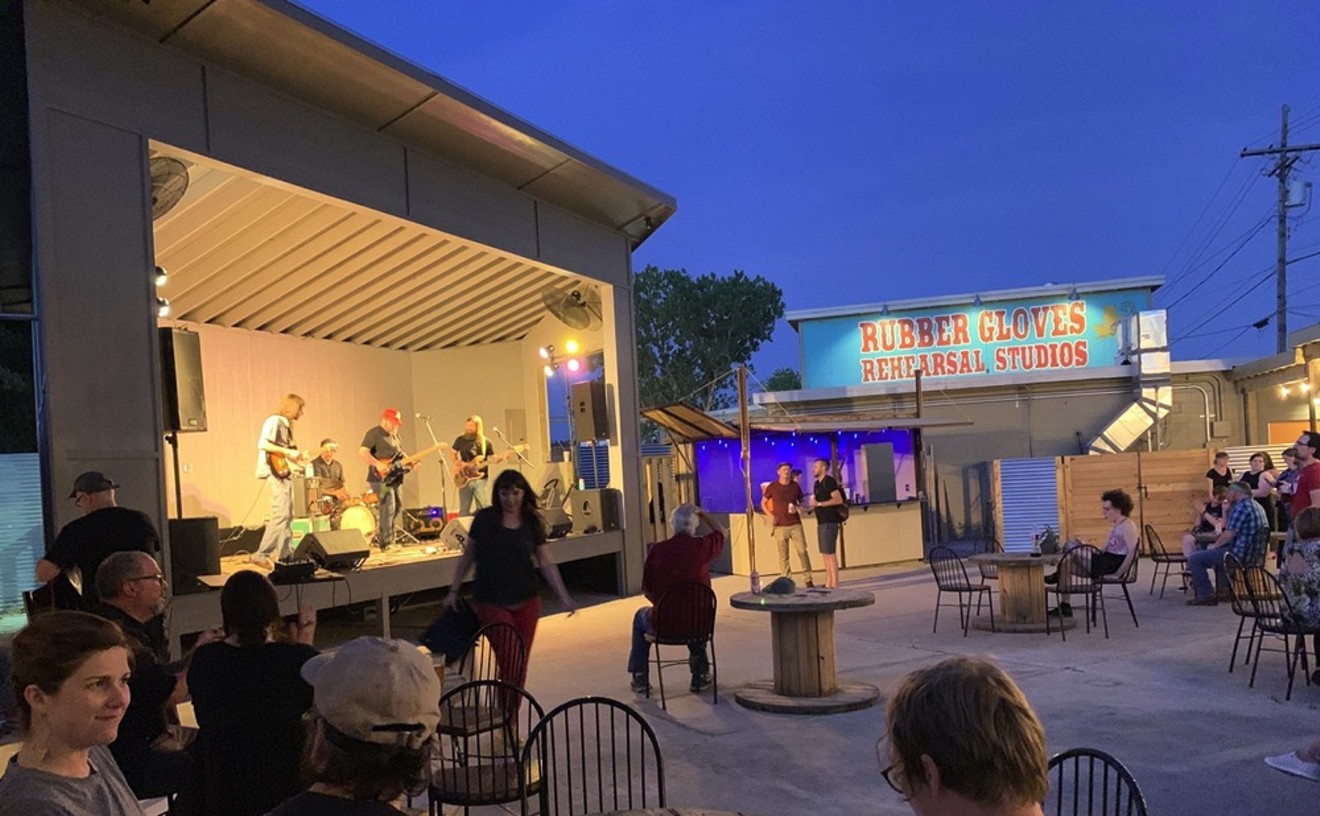 Since reopening in 2019, Rubber Gloves Rehearsal Studios has become a creative space for more than just musicians. The venue, which sits just off the train tracks in Denton's industrial district, underwent major cosmetic changes and added more areas to accommodate artists of all stripes. With two inside stages and one, sizable outdoor stage, a single night at Gloves could include karaoke, a DJ set, a comedy show and a rock concert. And while music will always be RGRS's bread and butter, they've had major success with performance art events, photography and art exhibitions, bazaars and more. It's a true testament to the longtime DIY nature of the venue, which originally opened over two decades ago. And, of course, its namesake rehearsal studios still offer musicians a place to create.

With superheroes invading every area of pop culture, it was only a matter of time before a Dallas actor slipped into the role of Gotham's famous detective. Fresh off of the conclusion of Supernatural, Jensen Ackles stepped into the role of Bruce Wayne for the two-part animated film Batman: The Long Halloween. The noir story followed the triumvirate of Batman, Commissioner Jim Gordon and District Attorney Harvey Dent as they search for the culprit behind a series of murders tied to holidays. A signature adult story (Part Two was even rated R), The Long Halloween was a refreshing change of pace thanks to Ackles' nuanced depiction of Batman's tortured soul. 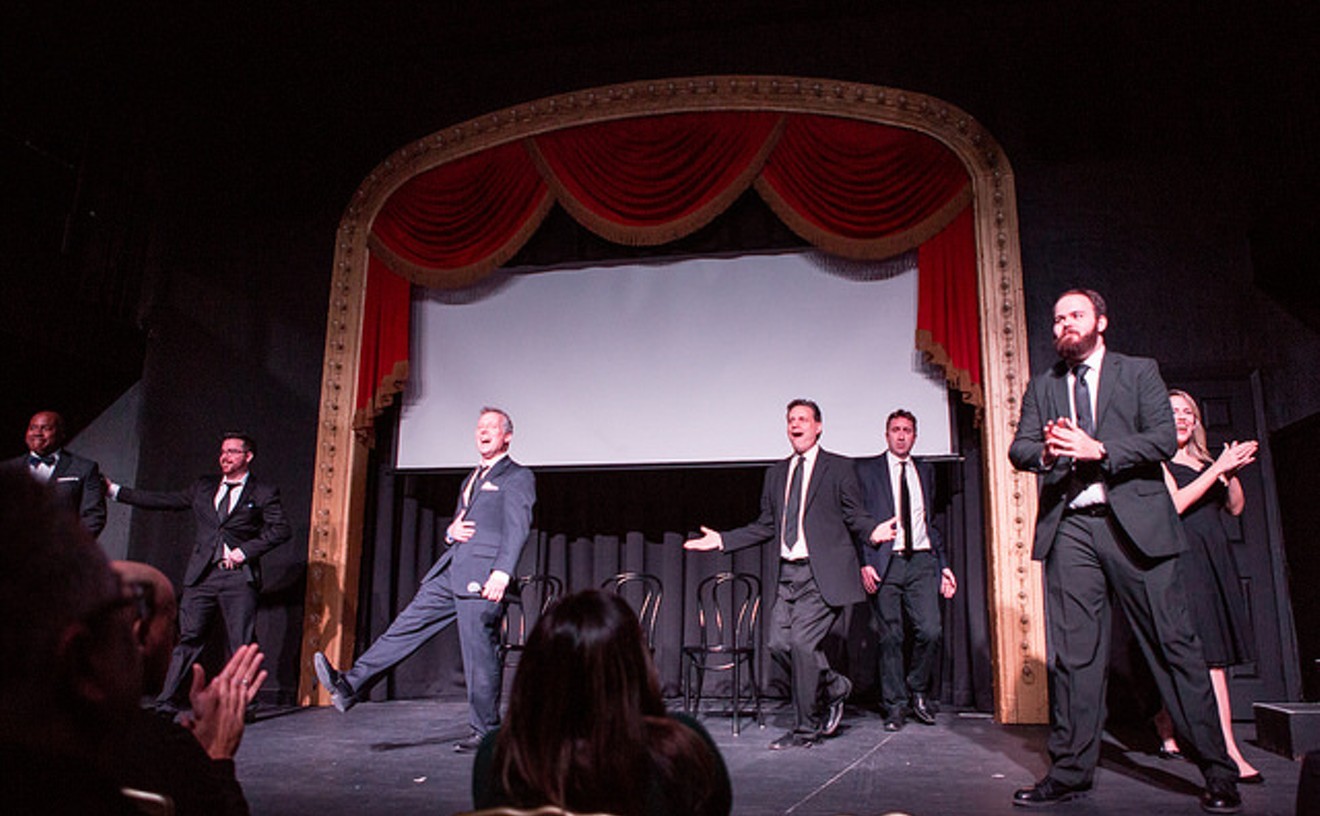 The pandemic ate up a sizable part of 2021 and continued to land bruise after bruise on local theater and comedy. Some didn't make it. Others did what they could to have some kind of show they could provide for their core audience from the comfort of their quarantine zones. Four Day Weekend comedy theater group, which opened its Lowest Greenville location just two years before the start of the coronavirus outbreak, had to do just that but they came up with some truly unique ways to keep the footlights alight while the doors remained closed. The group turned its Dallas location into a makeshift, three-camera TV studio and found ways to use Zoom's interactive streaming features to perform their signature style of live improv over the Internet. They even took on corporate clients for private shows so their revenue stream didn't completely dry up before audiences venture back to the theater. The theater chain's resilience and resourcefulness will surely stand as an example of how any dramatic or comic theater company can maintain its business model during a global crisis.

Josh and Amanda Smith, the founders of the Banjos to Beats concert production group, have turned Facebook's power to connect communities into something positive and informative with their popular DFW Corona Connection group. The Smiths started with the basics like daily updates on infection totals and locations for vaccinations, but they built a popular, stylish forum that allows for deep discussions. The pair do an excellent job of keeping the group on topic even when politics intrudes into the conversation. 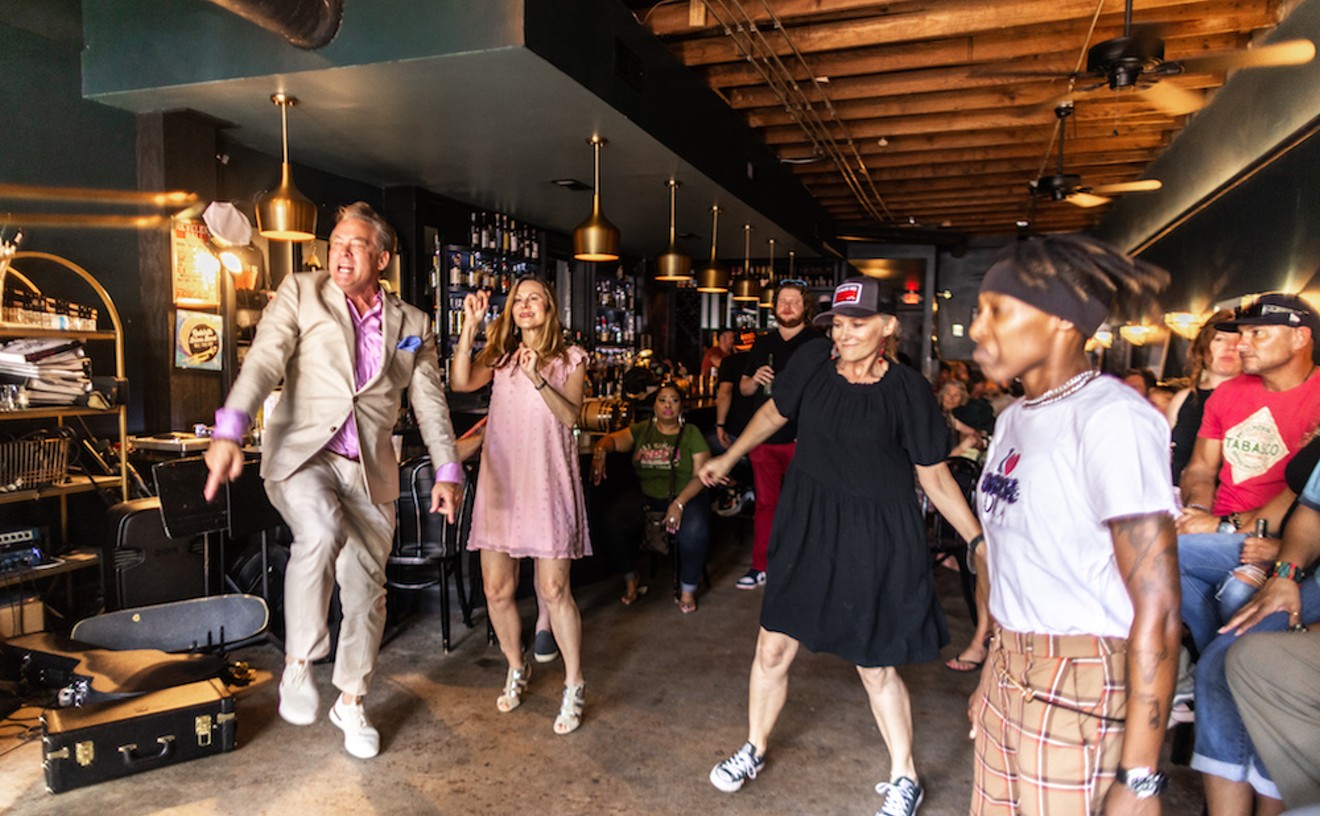 Dallas' hottest jazz club is Revelers Hall, where one can hear anything from trad jazz to prewar blues, Latin or Balkan music seven nights a week. Legends such as saxophonist Shelley Carrol, who's played with the Duke Ellington Orchestra, Pink Floyd and Sheryl Crow, perform there on the reg. On weekend afternoons, the Revelers Hall Band, the venue's eponymous house band, performs New Orleans-style jazz for matinee crowds eager to dance and sing along. Revelers is a serious jazz venue dedicated to serious jazz highlighting the cream of the local jazz music scene. Naturally, the venue is also dedicated to serving seriously strong drinks. 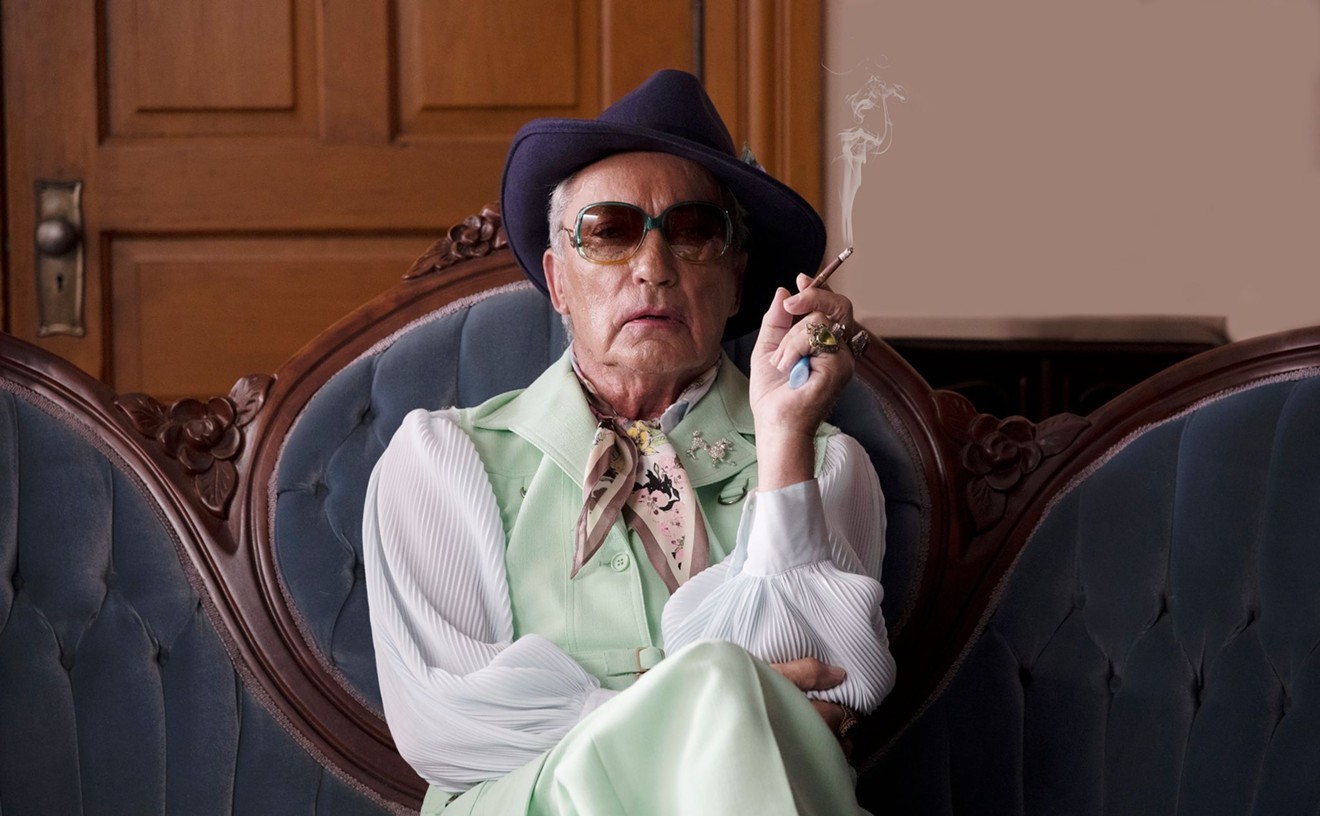 Film festivals are starting to make a comeback now that it's kinda OK to go outside again and see a movie in an actual theater. The Oak Cliff Film Festival run by the founders and operators of the Texas Theatre found a way to grow its annual celebration of cinema even under the weight of a pandemic. The 2021 edition of the Oak Clif Film Festival made a comeback from its digital version the previous year with an impressive roster of films that made their premiere in Texas. Some of the starring screenings included the Summer of Soul documentary directed by The Roots' Questlove, which recapped the musical and cultural influence of the 1969 Harlem Cultural Festival; Mogul Mowgli starring Academy Award nominee Riz Ahmed in his first performance since the inspiring Sound of Metal; and the hilarious and touching Swan Song that included a live appearance with legendary actor Udo Kier. 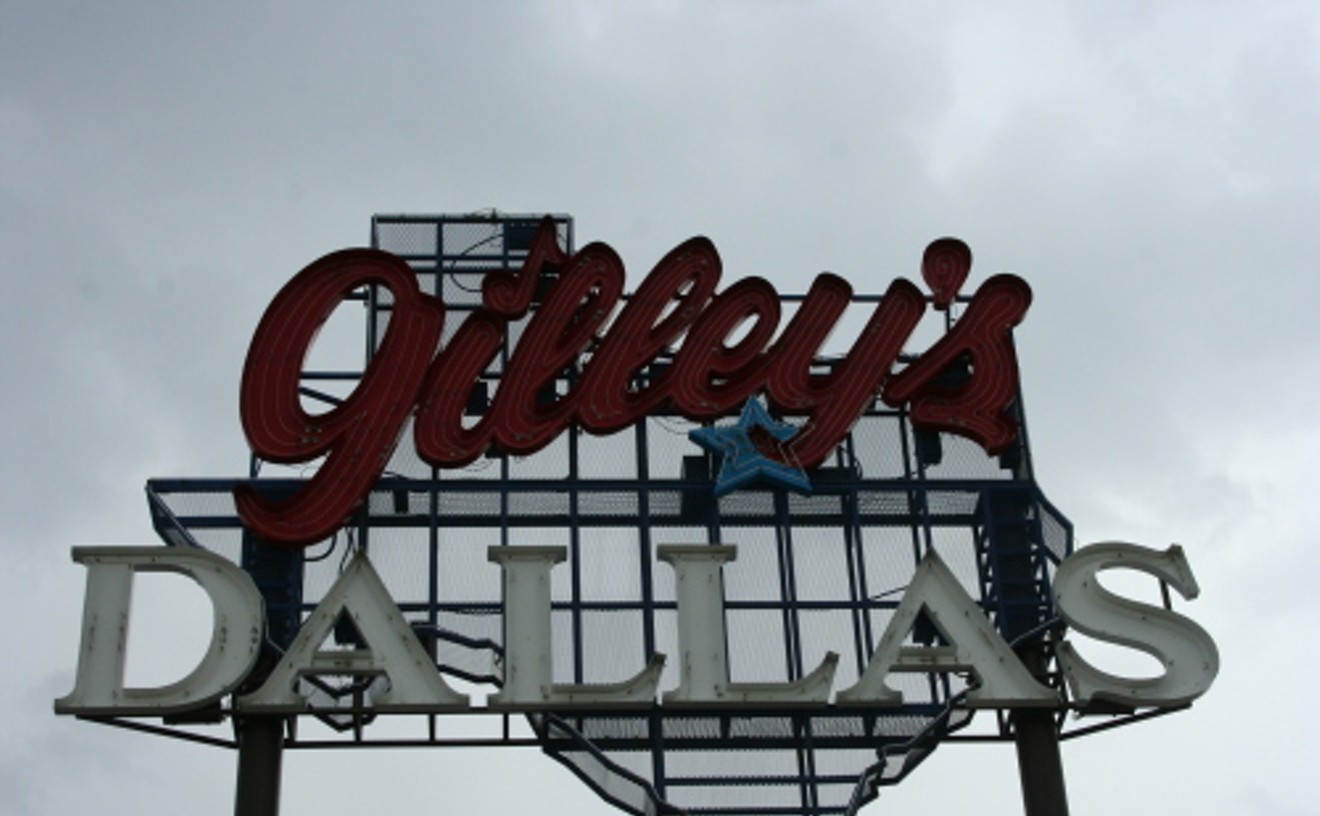