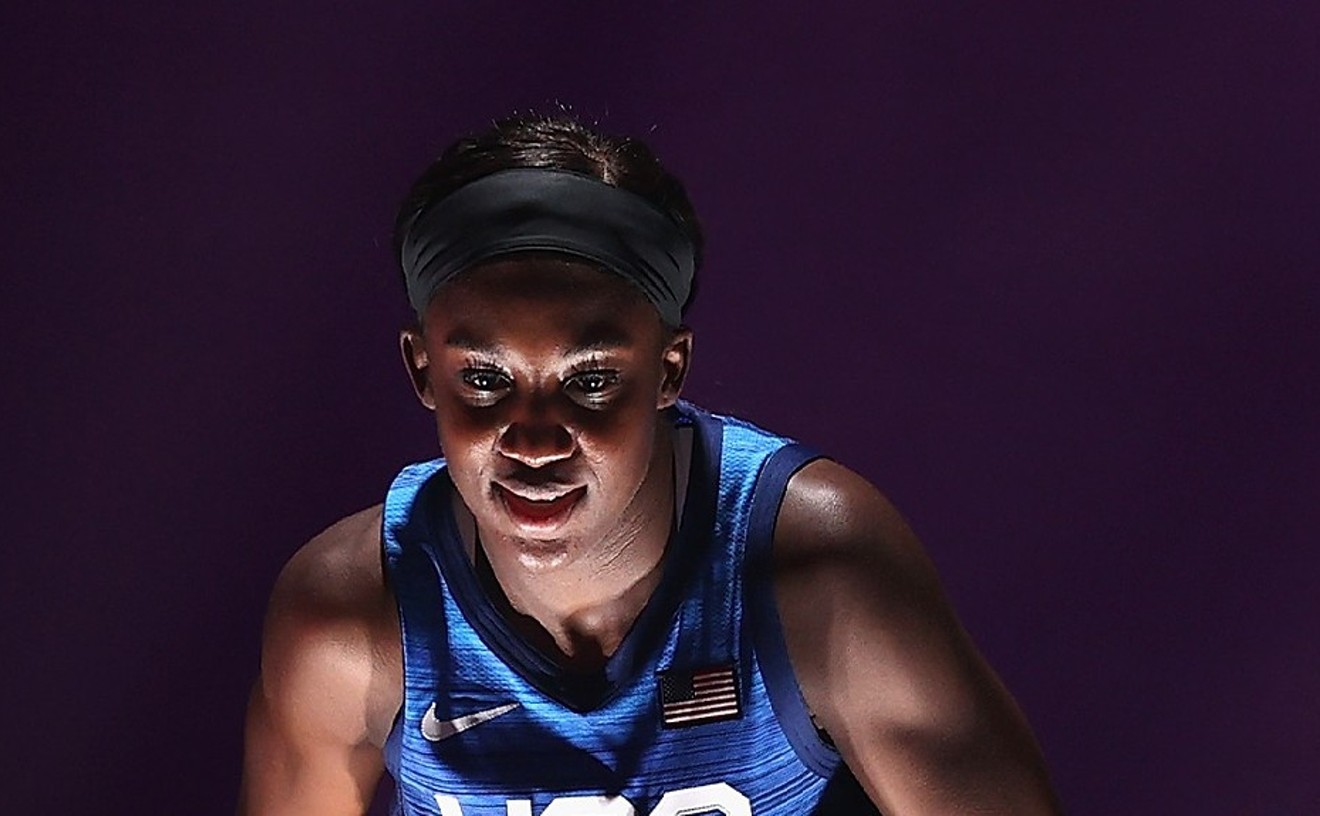 The 2020 Summer Olympics may have started a year late because of the pandemic, but that just gave our teams more time to prepare. The Olympics added a new 3X3 basketball event to the games, and Dallas Wings guard Allisha Gray was one of the four athletes on Team USA who took home the gold, with an impressive 6-1 tournament record. The new basketball event is an extremely abridged version of the traditional basketball bout since games only last 10 minutes or until one team reaches a score of 21. The U.S. team led the entire time in the final game against the Russian Olympic Committee, and Gray did a stellar job boxing out the competition's open players to force rebounds that helped put them over the top. The win not only makes her an Olympic champion from our neck of the woods. She's also on the team that won the first medal in her event in Olympic history. 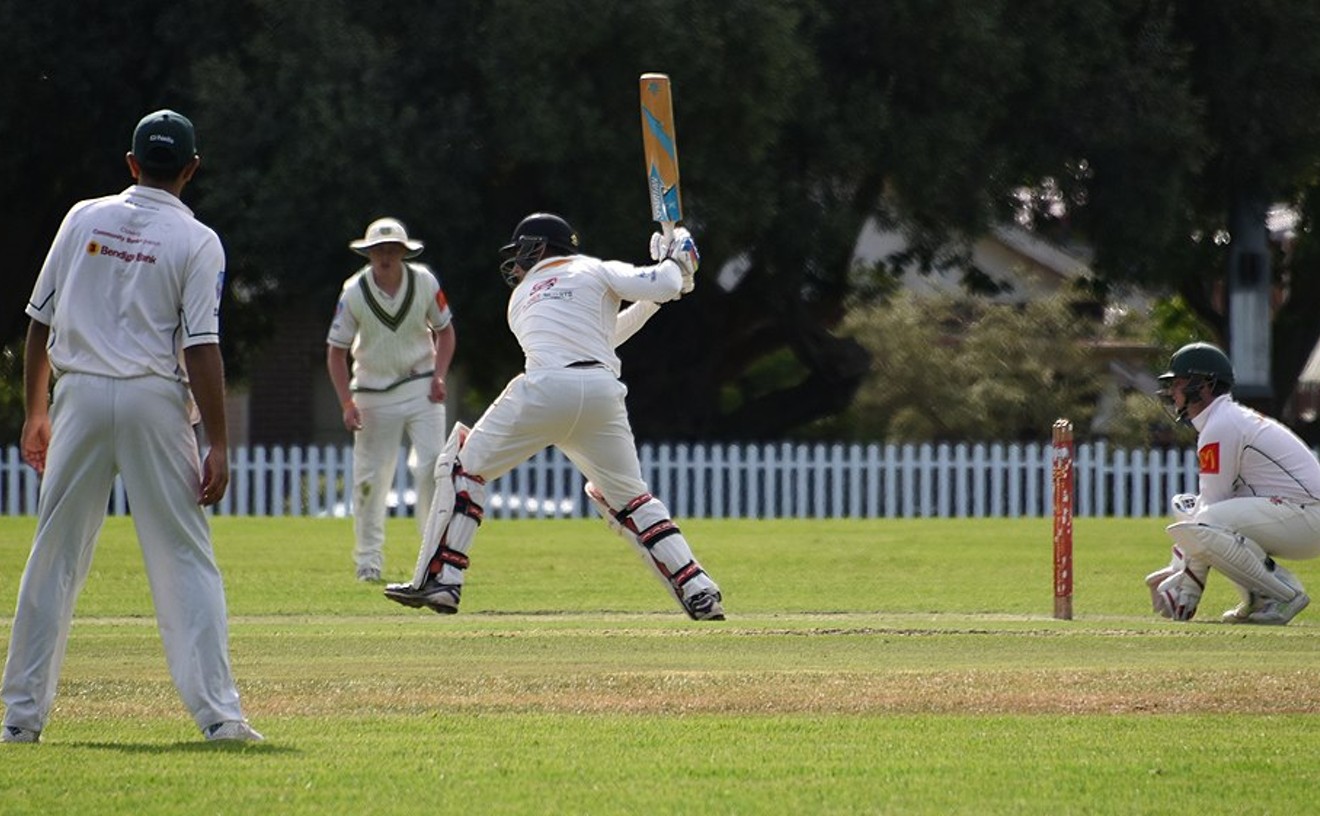 We can already hear the jokes. "Cricket in Texas? What's next? Croquet and crumpets?" Get your cracks in now because they won't be as funny when Grand Prairie opens its new, pro-cricket stadium in the early part of 2022. The project was announced in 2020 and construction on the oval arena started this past year as crews turn the old Texas AirHogs baseball field into a "boundary," one of many terms you'll learn when the new team starts its first season in town. Once you get over the misconceptions about cricket as a tea-guzzling snoot-off for stuffy guys, you'll see just how exciting and competitive the sport can be for fans. Cricket requires equal amounts of skill, strategy and focus. It's practically baseball except there's a different point structure and no Alex Rodriguez, so what's not to like? 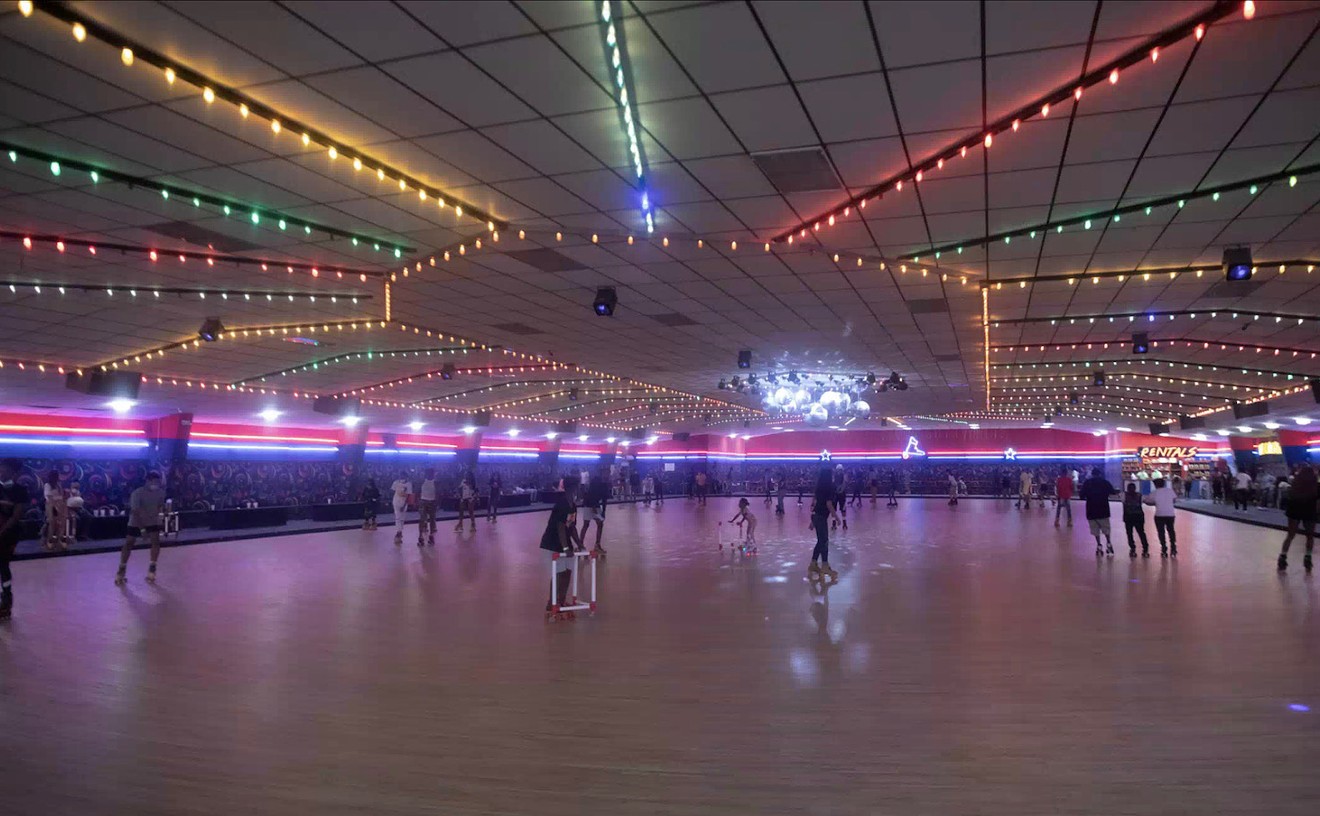 You can't get a bigger endorsement for your skating rink than from party gods DJ Sober and Blake Ward. Just this past month, the pair began throwing their series Roller Boogie party, filling it with glitterati glamor. Interskate in Lewisville has been standing — or rolling — for decades with a spacious rink and retro vibe complete with LED lights and disco balls. The staff is known for its friendliness and is accommodating with private parties.

Best Fight Through the Pandemic 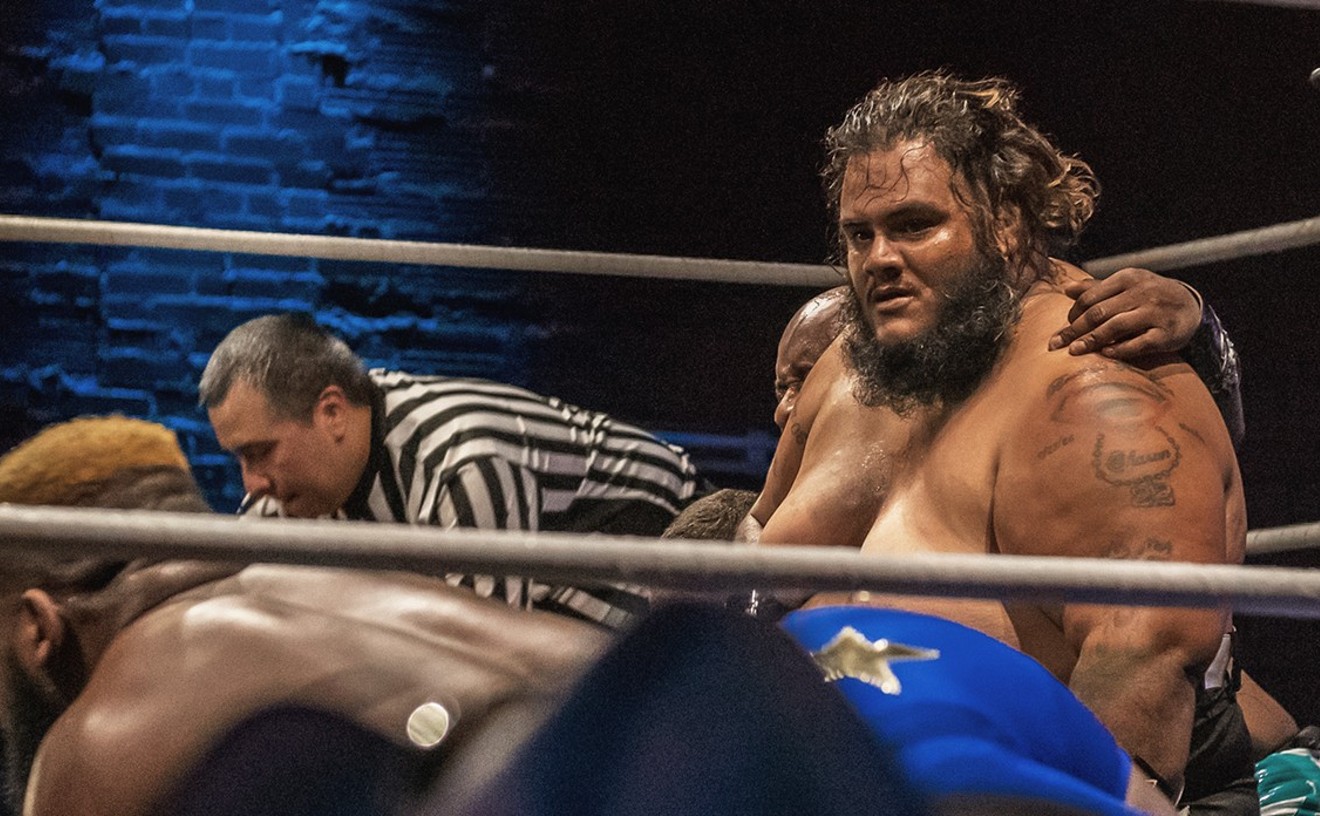 Few athletes put up more for their fans' entertainment than professional wrestlers. They hurl their bodies on stacks of folding chairs, get entangled in barbed wire and take the occasional garbage can lid to the face just for the crowd's amusement. Local pro-wrestling took a very hard hit when the pandemic prevented crowds from forming around the squared circle, but the fighters at SOAR Championship Wrestling did everything they could to keep the coronavirus from permanently pinning them to the mat. The outfit found new venues that could house small capacities with proper social distancing and worked with its wrestlers to allow them to safely square off in the ring as the vaccinations and new infection totals rolled out over the summer. The wrestling company showed patience and determination in keeping their show going. and that's even more impressive when you realize they did it without applying for federal stimulus funding or small business grants. Getting slammed in the back with a folding table is an effective way to learn how to stay on your feet when times are tough.

NBA players have mastered the art of dunking so well that it's lost its shiny wonderment. Tyler Stone, a guard on the Joshua High School's Owls basketball team, brought the BOOMSHAKALAKA back to the game in a big way. The Owls faced off against the Ennis Lions at the start of the year. Stone got a fast break that left nothing between him and the net but air. So the mullet-sporting guard goes barreling down the center of the court and launches his hefty frame to the rim. He not only came down a solid dunk and two points for his team but also brought the rim and the backboard glass down with him. Someone in the crowd turned the moment into a looping video and it went viral on Twitter, being shared by sports sites like Overtime and Barstool Sports. You know a play is impressive when even the ref asks for a high five. 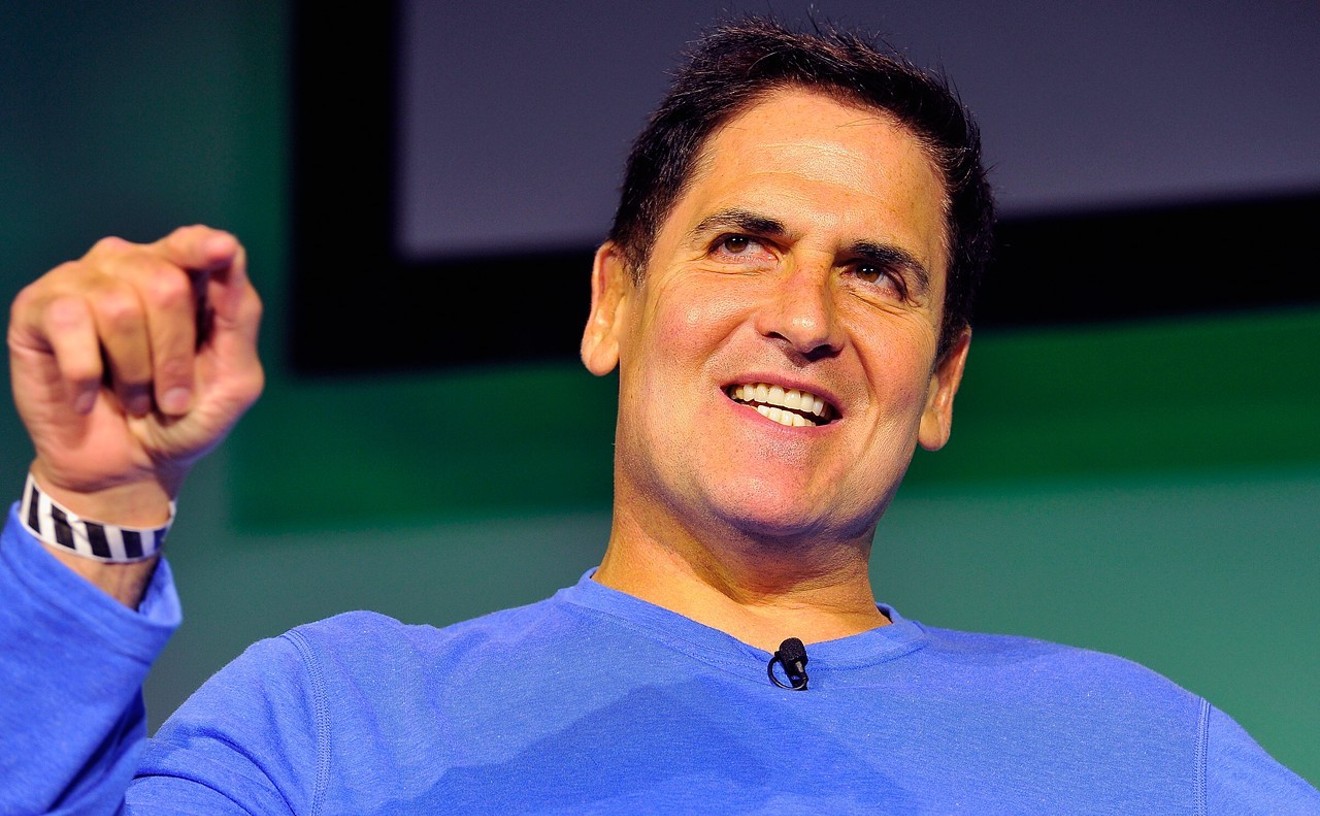 Even though sports weren't as prevalent this past year as other seasons, it didn't soften the conversation around its various controversies. One of the biggest was the presence of the national anthem and athletes protesting police racism by kneeling during its pregame presentation. Naturally, the issue was overblown in a beet red state like Texas, so when Mavericks owner Mark Cuban decided to listen to the people peacefully protesting and show a simple gesture of solidarity to their cause, inevitable uproar followed. Instead of backing down, Cuban stepped up and explained why he pulled the anthem from his team's home games for the time being. "We also hear the voices of those who do not feel the anthem represents them," he said. "We feel they also need to be respected and heard, because they have not been heard."

Paul Lynde has been rooting for Southern Methodist University's Mustangs for 48 years, even though the team's losses far outweigh its wins over that time. Nothing has been able to stop Lynde from showing up in the stands to root for his team. He's flown almost every corner and border of the country and to Hawaii eight times just to watch his team compete in the "away" column. He dug his heels during 22 losing seasons and for an entire missing season in 1987-88 when the team had to sit on the sidelines for committing recruiting violations. Even with a chickenpox diagnosis at Halloween, he threw on a scarecrow costume and sat far away from the crowd so he could enjoy the game without infecting his fellow fans. He worked his way into a "players' parents only" game against Tulane University in New Orleans to be the lone fan sitting on the SMU side. 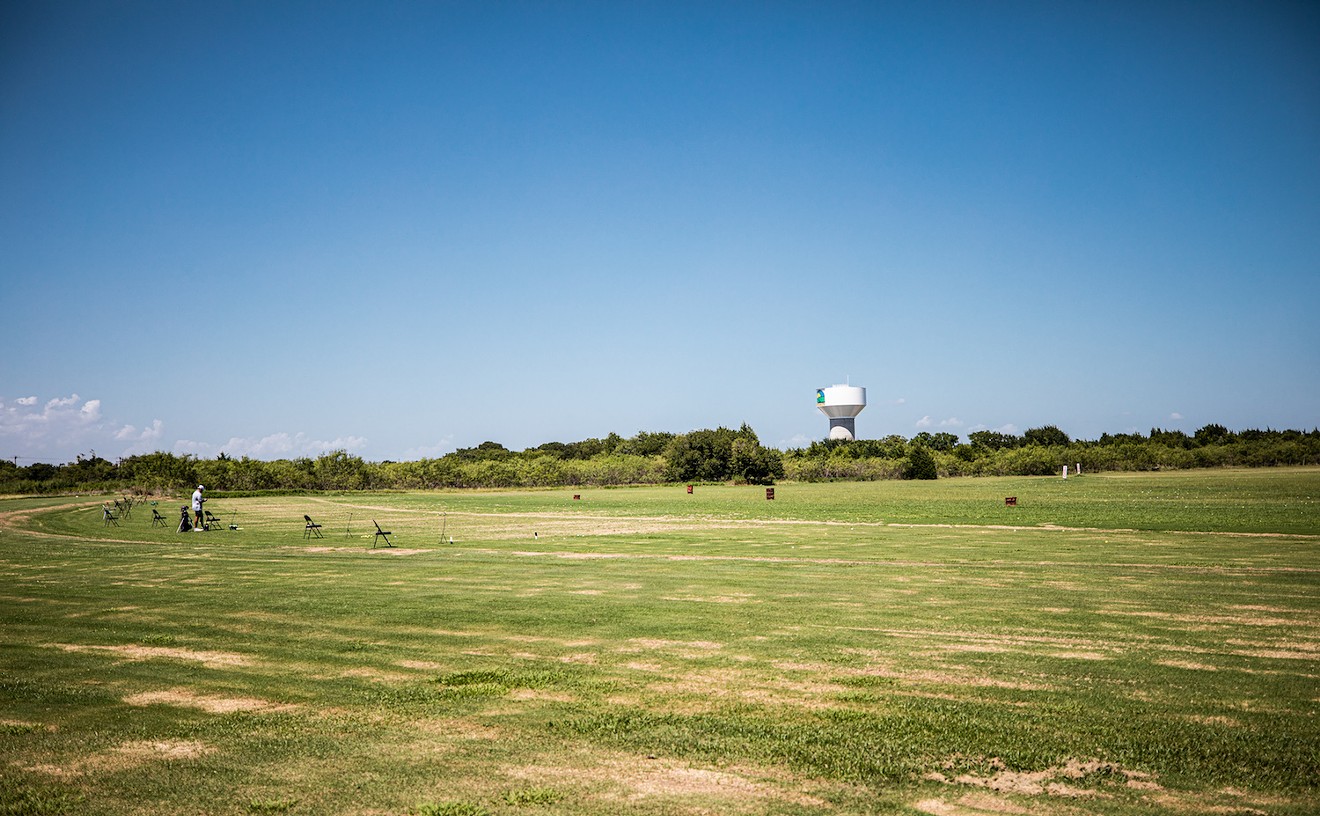 Novice golfers wanting to embarrass themselves in front of a date don't have to pay $47 an hour at Top Golf. Town East Golf Center in Sunnyvale offers the chance to play a real round of golf for roughly $1 a hole. Now, when we say "real," that does come with some caveats. The course is rough around the edges — it's more like playing golf in a pasture that has been creatively mowed. But that's part of its charm. You can just show up without a tee time, and we've seen a couple play this course while pushing a baby stroller. Which is to say, you come here to get outside and have a little low stakes fun, not because you're the next Jordan Spieth in training. Although, if you do discover a new passion, Town East Golf Center will actually give you a feel for the game's flow and skills you'll need to play more challenging courses. Just be advised that the word is out about this hidden gem and weekends are getting busy. 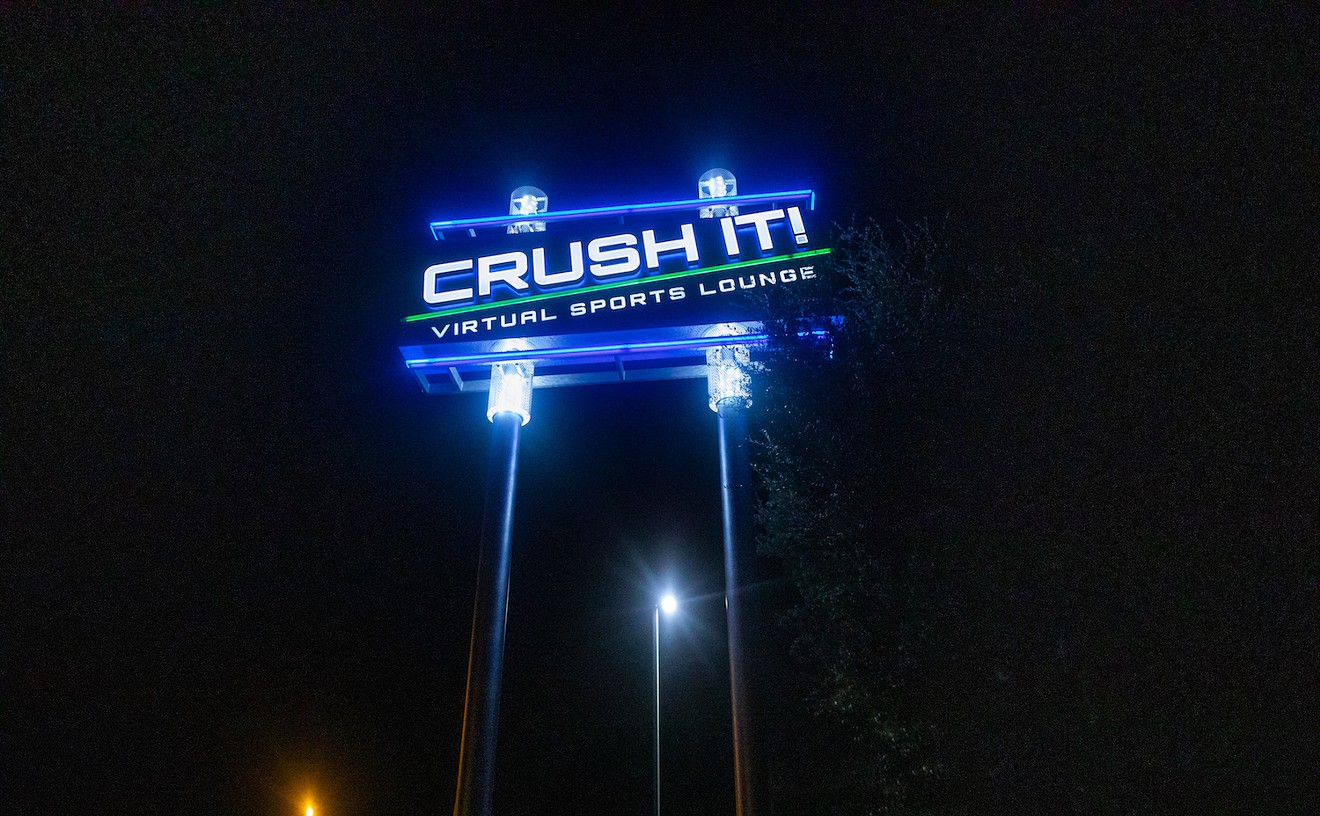 Virtual reality entertainment has exploded as the technology becomes more accessible and versatile. Sports is still a big part of gaming, but it hasn't quite caught up to the popularity of other types of games set in virtual realms. A new virtual gaming space in Grapevine, however, has helped sports catch up to the medium. The Crush It! Virtual Sports Lounge is the first and (for the time being) only virtual gaming center dedicated to the sporting life. Guests can rent a pod complete with a motion capturing game system that can play almost any kind of competitive sport from popular fare like baseball and football to the more obscure like cricket and dodgeball. Players use real balls and sports equipment like bats and golf clubs to put points on the board and get one stroke closer to the goal. It's an inventive way to tap into a new market for virtual gaming and the best part is you can order drinks and play sports even when it's raining.

America is finally having the discussion it should've started when Confederate monuments started popping up all over the South and the military started naming bases and buildings after the Civil War's most notable slavery defenders. The South Garland Independent School District's trustees unanimously retired South Garland High School's long-time mascot, The Colonel, a title that's as old as the district itself, at the beginning of the year. Then the district fielded submissions for a new mascot and narrowed the options down to 16 possibilities voted on by student and staff as part of a "Mascot Madness" bracket. The Titans edged out The Texans with 65 percent of the vote presumably because no one wants to be associated with Texas' second worst pro-football team (Fun fact: It would've been third if The XFL was still in operation).