If you're afraid of water or have never been able to make it from one end of the pool to the other, know that it's not too late to learn to swim. Instructor John Thornburn, owner of Dallas Swim, is a patient saint and exclusively teaches adults basic swimming skills that allow them to feel comfortable in the water. Classes are held at the Verandah Fitness Club at the Hilton Anatole and can be taken privately or in small groups.

Best Place to Take Your Dog on a Hike

There are a few routes you can take on the Trinity Forest Trail, but if you're feeling especially ballsy and ambitious, grab your leash, bring some water for you and your pup and make the entire 16.8-mile hump. There are even some designated areas where you're allowed to let your dog off the leash to run free and enjoy the outdoors. The trail is open year-round, and as far as we're concerned, it's worth a visit in just about any season (though, on second thought, you might not go on a 16.8-mile hike during July). Although lengthy, it's generally considered an easy route.

North Texas has no shortage of proper bars for watching your favorite sports. But if you really want to be enveloped in the big game — all one trillion of your synapses firing — Texas Live! is the place. It's big enough that a large crowd can drive big energy, but not so big that you miss half the game standing in lines for beer or food; service is usually quick. TVs deck the walls, and there's plenty of beer and good food. If a local team is in a big game, they even pull out the smoke machines and DJs to keep things extra lively. If you can't be at the game, this is the next best thing.

Best Player of the Year You've Never Heard Of

There is one true top dog for North Texas baseball in 2022, and it might surprise you. Meet Chris Dickens, who in his freshman year at Eastfield College in Dallas led his team to the championship game of the 2022 National Junior College Division III World Series. For the season, Dickens hit .440 with a .560 on-base percentage, which ranked eighth in the country. Oh, and just for kicks he also pitched, posting a 12-2 record with a 3.63 ERA. For his efforts, Dickens was honored as the NJCAA Division III National Player of the Year. Remember his name; you can bet folks in baseball will.

IKEA isn't the only hot spot in Frisco. The Frisco Commons Park may not have Swedish meatballs, but it does have almost everything else. The 63-acre park has bike and walking trails and a picnic area in a raised amphitheater that allows a grand view of the grounds and pond. Even amid the majesty of nature, however, the playground is the shining centerpiece. Once a maze of wooden, splintery structures, the play space was rebuilt in 2013 as "Hope Park" to be inclusive of families with special needs. It's wheelchair-accessible, with adaptive playground equipment, rubberized surfaces and new play areas designed with endless color (and zero splinters). Frisco Commons also has a spray park that opens in the summer, and it really beats playing outside with the water hose. 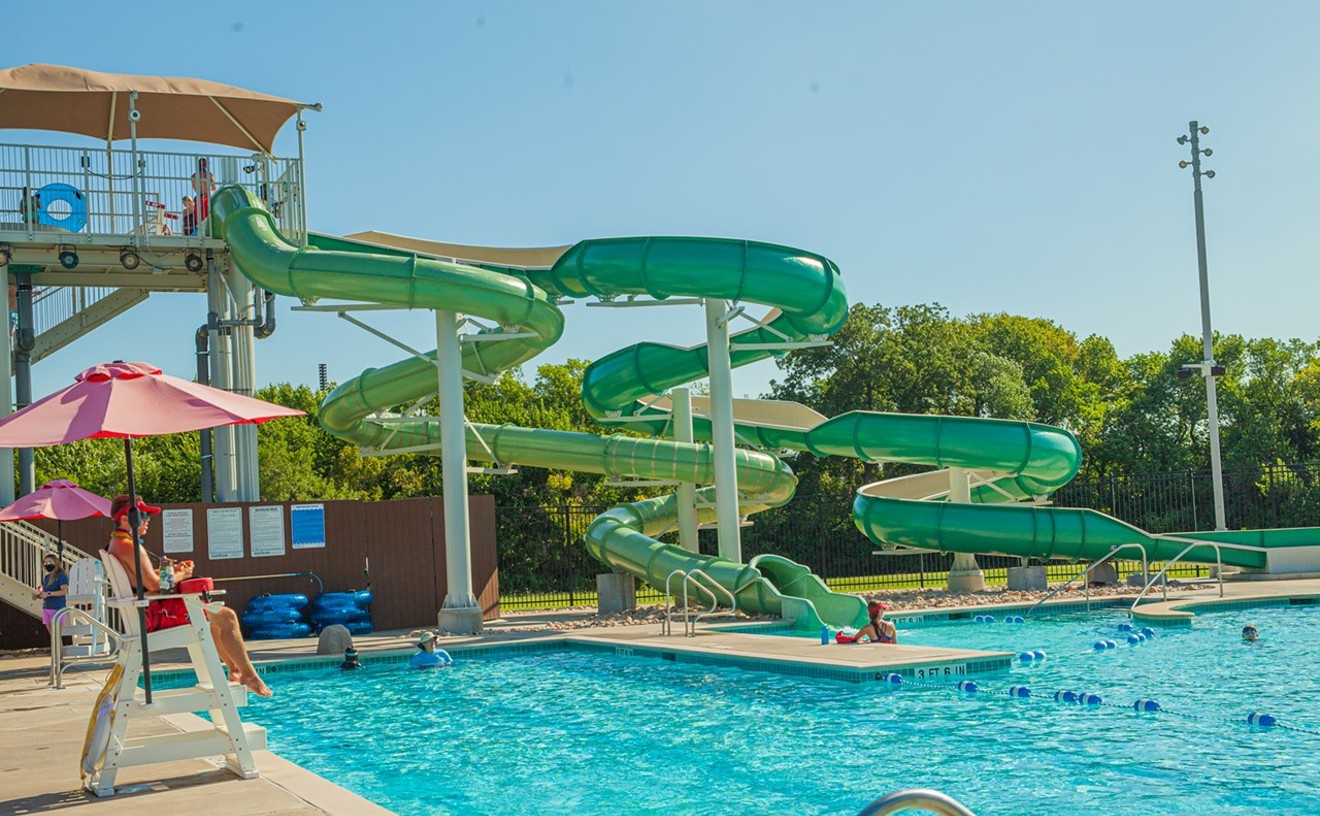 Public pools can be sort of gross. But let's be honest, so are kids. Until you finally win that Powerball drawing you (and only you) prayed about, you'll have to share the water with other bodies and ruin your highlights with heavy loads of chlorine. If you're looking for a spot to hang with rowdy drunk adults, this isn't it. But if you seek a lively space with kids as loud as your own, have a family day at Jack Carter in Plano. Once you tune out the pool's comically young lifeguards excessively blowing their whistles like the overzealous lifeguard Jim Carrey played on SNL, you'll find Jack Carter to be the most joyous type of chaotic. It's got a surf simulator pool, colossal slides, a lazy river with free floats, spray features and a swim area with mere inches of water just for babies.

Of course, you've heard of Wimbledon. Even tennis lunkheads know about the storied tournament held in London every year. A list of past women's champions is a who's who of greats, including Serena and Venus Williams, Steffi Graf and Martina Navratilova. But what about future champions? One to keep an eye on is North Texas phenom Liv Hovde. Competing in the junior ranks, the 16-year-old McKinney native won the 2022 girls' singles title with a 6-3, 6-4 victory over Hungary's Luca Udvardy in the finals at Wimbledon. Best to get on the bandwagon now.

Ever wanted to try sailing? With more than 7,000 acres of water to sail on, Lake Grapevine is a great place to start. There are multiple marinas and charter companies as well as the Grapevine Sailing Club, which has races throughout the year that you can crew on to get some experience. There is also a juniors sailing program in case the kids want to get started learning a new skill. There are parks and camping available, so this is a great place to spend time with the family enjoying the outdoors all year long.

Admit it, when the Dallas Mavericks lost Game 1 of their first-round playoff matchup against the Utah Jazz and then announced that Luka Doncic would also miss Game 2 because of a strained calf, the general feeling around town was, welp, it was fun while it lasted. But Jalen Brunson wasn't having it. The fourth-year guard poured in a career-high 41 points in the Mavs' 110-104 win, and in doing so joined Doncic, Dirk Nowitzki, Rolando Blackman and Nick Van Exel as the only players in Mavericks history to score at least 40 in a postseason game. Even though he's gone now, that's pretty nice company. 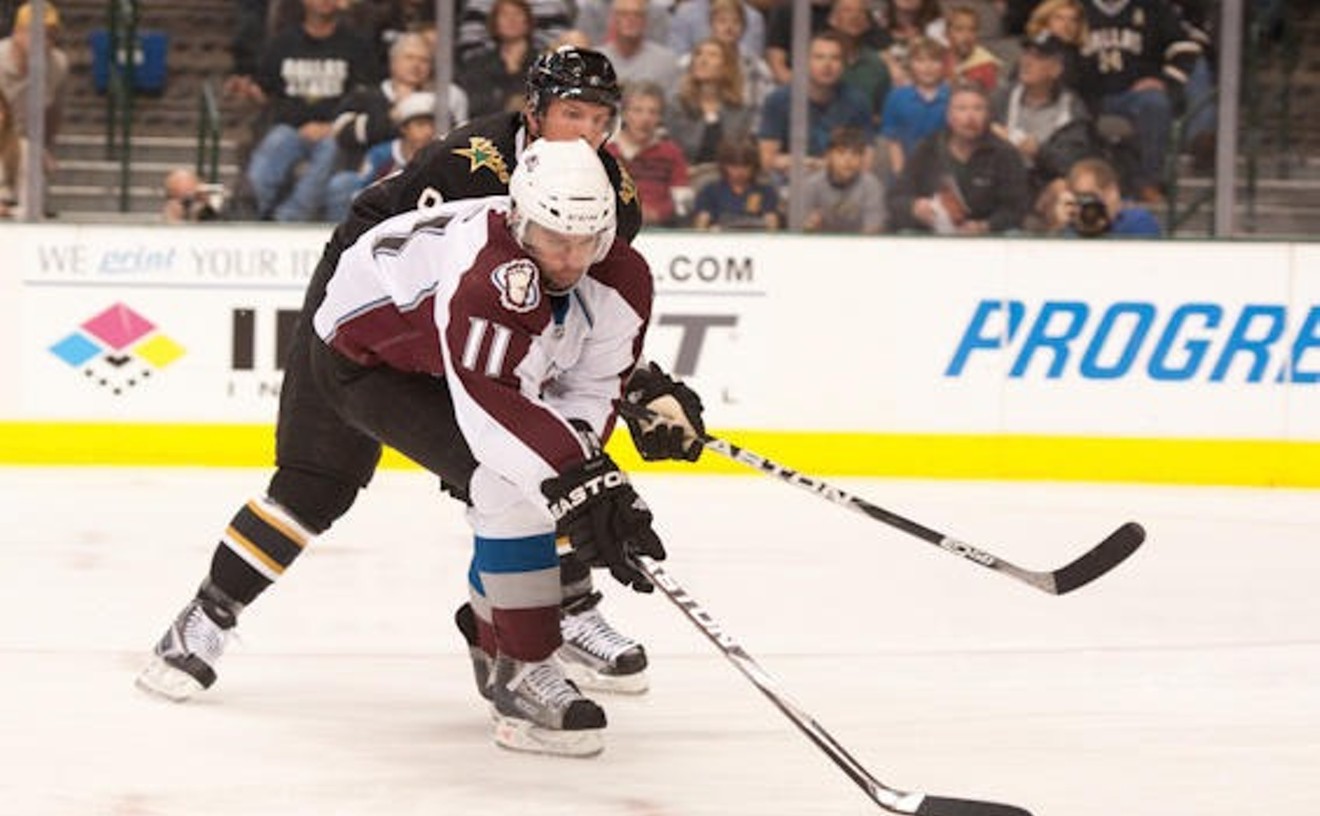 Dallas-Fort Worth is loaded with amazing sports venues. There's the big bright spectacles of AT&T Stadium and Globe Life Field in Arlington, the friendly and fun Riders Field in Frisco, the historic Cotton Bowl in South Dallas and even some great college venues, such as Lupton Stadium in Fort Worth and the underrated College Park Center in Arlington. Still, American Airlines Center (AAC) is hard to top. Located in Victory Park in the heart of Dallas, the AAC has easy access to bars and restaurants within walking distance. The Stars ranked seventh in the NHL in attendance, while the Mavericks ranked third in the NBA, so the atmosphere within the stadium was consistently very lively and energetic. The AAC plays a great host to concerts and shows as well.