Spirits With Your Spirits: Celebrate Halloween at One of These 'Haunted' Dallas Bars

Nick Rallo
Inwood Lounge serves strong martinis and spooky ghost stories.
If you're not the type to dress up as a Game of Thrones character and binge drink in a crowded nightlife district, there are other, subtler ways to celebrate Halloween. Have a cocktail at one of several Dallas bar/restaurants rumored to have spirits lurking within. You don't have to believe in ghosts to partake; just have a sense of adventure and a mighty thirst.

Inwood Lounge
5458 W. Lovers Lane
The bar at this 70-year-old movie theater has '80s vibes and maybe a spirit or two. “You can get pretty spooked out,” says Britt Clardy, who's worked at the bar nearly half a decade. “I’ve had a few moments where I’m thinking, OK, I’m going to get out of here now.” Sometimes, while in the back office, Clardy hears footsteps coming from the ceiling above him despite being alone in the building.

Have your cheese fries with a side of ghosts at the original Snuffer's.
Nick Rallo
Snuffer's
3526 Greenville Ave.
Legend has it that even after the original Snuffer's on Greenville was demolished and rebuilt (it reopened in 2014), ghosts that inhabited its former building remain in the cheese fry-filled restaurant. "Guests and workers often feel gusts of cold air, see doors open by themselves and hear someone call names," GuideLive reported earlier this year. "Especially when workers are ready to close the restaurant for the day, mysterious situations occur, including an appearance of a black figure and lights turning back on." 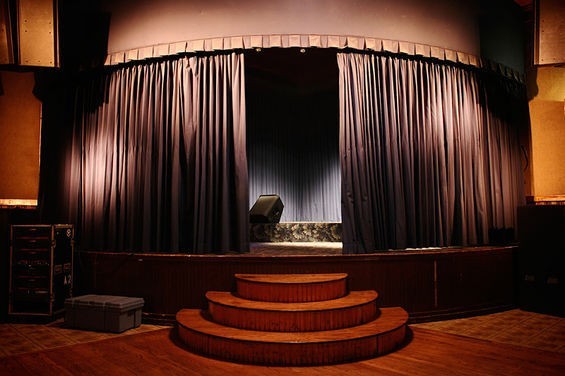 The new lobby bar at the renovated Adolphus downtown is a gorgeous place to grab a cocktail.
Beth Rankin
The Adolphus
1321 Commerce St.
If you're a participant in Nightly Spirits, a local haunted bar tour, you'll hear ample stories about the Adolphus' spooky past. Hang out at the gorgeous new lobby bar and test your spiritual medium prowess over classic cocktails. The hotel is where Dallas City Hall once stood, and lord knows there's plenty of spooky stuff that happens in our city government. One website claims you could come across a “jilted bride” from the 1930s. Even if you don't spot any ghouls, it's a gorgeous place to grab a cocktail.