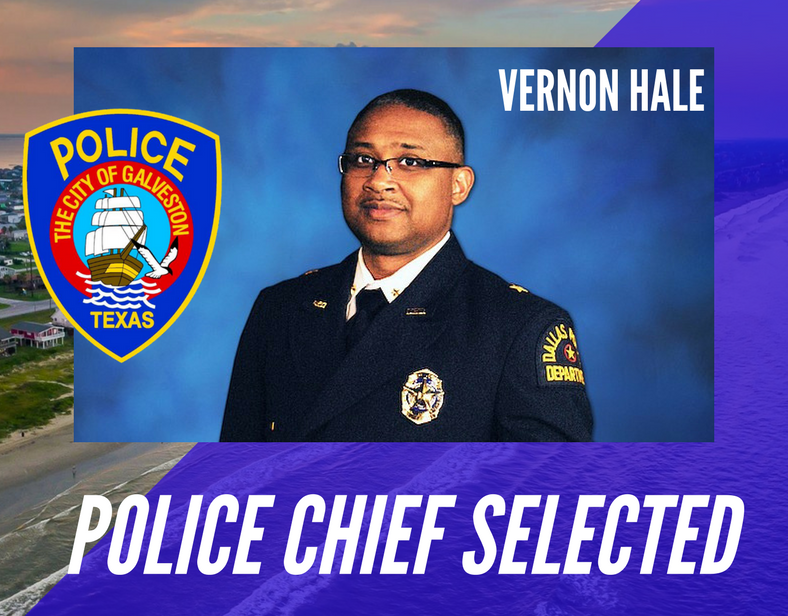 "I truly believe that Deputy Chief Hale is exactly who the Galveston Police Department needs as its chief," Galveston City Manager Brian Maxwell said. "He brings a multitude of diversified experience and skills, and we are honored that he has accepted our offer and look forward to seeing all that can be accomplished under his leadership.”

During his 25-year career with DPD, Hale rose through the ranks in the department. He started as a patrol officer in 1992 and eventually became the head of the department's narcotics division. More recently, he was head of the Southeast Patrol Division. Dallas police Chief U. Renee Hall signaled her approval of the move Wednesday on Twitter.


I would like to congratulate Chief Vernon Hale for his appointment as Chief to The Galveston PD!!! So very proud of you!!! Many blessings!!

In 2016, Hale initially accepted the chief's job at the Winter Park, Florida, police department before turning the job down a few days later.

"Thank you so much for the opportunity to serve the citizens of Winter Park. It is a beautiful community,” Hale wrote in an email to the city. “However, I have determined that this is not the proper time in my career to leave the men and women of the Dallas PD."

"I applied for this prior to [Hall's command staff reorganization] in my journey for self actualization." – DPD Deputy Chief Vernon Hale

Although he's leaving less than a year later, Hale told the Dallas Observer late Wednesday that he isn't leaving because of Hall. "I applied for this prior to [Hall's command staff reorganization] in my journey for self actualization," Hale said. "I was selected for this command staff as well and given an absolutely wonderful assignment, which I would have truly enjoyed learning in."

Galveston is the perfect place to run his first department, Hale said. "Galveston PD was large enough to challenge me daily as I learn at the next level but small enough for me to have a direct impact on the community and the officers I will serve," he said.

Hale is the third Dallas chief in the last two years to leave the department for a bigger role in a smaller city. In February 2016, First Assistant Chief Charles Cato, former Chief David Brown's first lieutenant, left the department to become Mesquite's police chief. Last December, Assistant Chief Rob Sherwin, who'd served as head of DPD's crimes against persons unit and then as emergency chief of Dallas Animal Services during the ongoing loose dog crisis in southern Dallas, resigned from DPD to take the top job in Forney.