Dog Fans Got One Child-Biter Spared; Now They Want the Next One Saved, Too 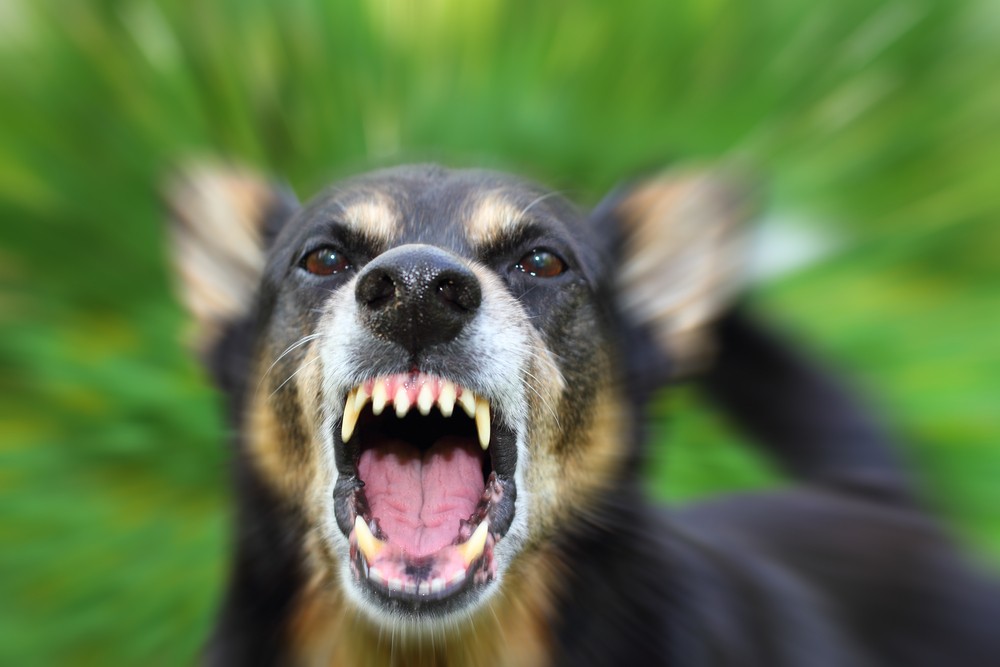 Verkhovynets Taras Shutterstock
Dogs don't attack because they want to make an argument. They attack as the first step in killing.
This is exactly what happens. Two weeks ago, the city let itself get bamboozled out of killing a dog that had bitten a 13-year-old boy in the face. Now, another dog, a pit bull mix, has attacked and mauled a 2-year-old child in a downtown park, and the dog nuts, who are accusing the 2-year-old of scaring the dog, want that one spared, too.

What is this, a movement? Dogs before children? Blame the kid, not the pooch? This is why lines must be drawn. Too many people out there are basically crazy. They don’t get it.

It matters not one bit if the 2-year-old scared the dog. So what? Two-year-olds are 2-year-olds. Dogs are dogs. If you have a dog that might maul a child for any reason, then that dog should be put down. Now.

There’s a difference between a bloodless nip on the clothing and an attack. An attack draws blood. No one has the right to keep a dog that does that to children.

The second incident took place Dec. 16, a Saturday, at Klyde Warren Park downtown during a dog adoption event put on by a group called Dallas Pets Alive. According to the child’s mother, event operators allowed the child to approach and pet dogs that were being offered for adoption.

A dog that Dallas Pets Alive advertised on its web site as a pit bull mix bit the boy on the chest and arm. The mother said the dog mauled the boy, shaking him like prey, and that several men worked together, prying the dog's jaws loose to free the child.

The city seized the dog. Dallas Animal Services is appraising it during a 10-day quarantine and will decide at the end of this week if it should be destroyed. The dog’s defenders are already calling for it to be spared.

Nearly two weeks after the attack, after television news coverage of the event, Dallas Pets Alive posted this statement on its Facebook page: “Rusty was on a leash and in a seated position and had shown no signs of aggression at the event.

“This leads us to conclude that when the unattended child approached Rusty, the dog likely reacted in fear. Unfortunately, although Rusty was on a leash, he bit the child once in the upper arm and chest area.”

The mother says the child was not unattended. But so what? Did Dallas Pets Alive post a big sign over the event saying, “Unattended 2-year-olds may be mauled by pit bulls”?

First it diminishes the attack by saying the dog “bit the child once.” I saw the little boy with his shirt off on TV, and he had red puncture wounds all over his chest and arm, including a nipple that looked like it was torn halfway off.

Then the dog group said this in its statement: “The American Veterinary Medical Association states that dogs bite as a reaction to something (stress, fear, protection, etc.) and in Rusty’s case we believe it was an isolated incident given the exciting, but still stressful, environment of a busy park with strange noises/smells and an unknown person on his level reaching for him.”

That is S-I-C-K sick. First, Dallas Pets Alive placed the pit bull in the park. Then it invited families with kids to pet the pit bull. Then when the dog bit a 2-year-old, the group posted expert testimony on its Facebook page warning that a dog in a park with a lot of excitement going on might bite “an unknown person on his level.” Otherwise known as a 2-year-old.

Dogs are animals. They don’t attack to make an argument. They attack as the first part of killing.

It made a point of saying the dog was on a leash when it bit the child. Apparently group members don’t even know that an anxious dog is more likely to bite when it is tethered because it has less freedom of movement. It’s up to the owner to keep that leash tight so the bite will fall short.

And guess what they conclude from all of that? It was the kid’s fault. But, worse, now they’re all over Dallas Animal Services to spare the dog’s life.

This was inevitable once the city let itself get cowed out of putting down the first dog. That one, a small lab mix called Lamb of God, bit a child in the face, the injury requiring multiple stitches. In that case, the dog nuts also blamed the child.

A homeless guy used the lab mix as a begging prop, jamming it into the handlebar basket of his bicycle. The dog nuts said the child had provoked the dog by dangling a dollar bill in its face — exactly what the homeless guy wanted people to do. I got the feeling from some of their online comments that the dog nuts felt the boy had insulted the dog’s dignity by dangling the dollar that way.

In that case, Dallas Animal Services made the right call right away. A veterinarian appraised the animal and ruled that it was crazy. How could it not be? The vet said the dog was unsafe and had to be put down.

But a gaggle of local lawyers jumped into the fray and got a judge buddy of theirs to intervene and stay the killing of the dog, earning themselves massive publicity as puppy lovers. The city, confronting a loud chorus of complaints from the dog people, backed off. City officials made exactly the wrong decision. They elected not to kill the dog and sent it instead to a no-kill shelter in Austin.

Now we see where that led. By agreeing to spare one dog that had attacked a child, the city weakened its moral and legal authority. It gave the dog nuts the idea that every pit bull that has ever mauled a 2-year-old can be saved from the gallows by the right kind of outcry.

By the way, although Dallas Pets Alive originally advertised the Klyde Warren biter as part pit bull, the group now says it would be unfair to leap to that conclusion:

“We want to clarify that Rusty’s true breed is unknown and without a DNA test there is no way to definitively confirm his breed mix. It would be irresponsible to guess at his breed mix or claim he is a specific breed without confirmation especially given that breed is not an accurate predictor of whether or not a dog will bite.

“More than 30 breeds of dogs and mixes are incorrectly identified as ‘pit bulls’ in dog bite incidents, attributing the pit bull with an unfair and overstated number of incidents.”

So now we’re not just being unfair to Rusty. We’re being unfair to the entire breed. For the other side of that story, I urge you to visit the website of a group called DogsBite.org. It lobbies in the U.S. and Canada for laws to curb the harboring of dangerous breeds, especially pit bulls, as pets.

We put our animal control staff on a knife's edge between protection of people and protection of animals. We need to draw that line ourselves.
dallascityhall.com
The site posts videos used as courtroom evidence in Canada to show that rehabilitation of vicious pit bulls is a myth. Called bulldogs in the old days, pits have been selectively bred over centuries to kill other dogs.

That is not to say you can’t have a sweet-tempered pit bull, but any pit bull you haven’t known from a pup needs to be treated like a loaded firearm.

I keep thinking about two lawyers in particular, George Milner III and Brad Lollar, who were instrumental in sparing the life of the face-biter sent to Austin. Maybe I was unfair in my opinion. I thought I caught a whiff of opportunism in all that — a couple of courtroom sharks eager to get some free TV time as heart-of-gold puppy-teers. I could be wrong.

If it was indeed principle that called Lollar and Milner to the bar to defend the life of the dog named Lamb of God, then this new case — the pit bull that took a 2-year-old in its jaws and shook him like a rag — should be the proof. I assume we will see Lollar and Milner leaping to the defense of this dog, too, in fact of every dog about to be put down by the city for attacking a child.

If Lamb of God deserved a vigorous legal defense, why doesn’t every child-biting dog? When the next dog attacks a baby in the crib, unless the dog has good lawyers, how will we know the baby didn’t provoke the dog by gurgling unexpectedly?

I’d like to see big billboards along central Expressway: “LOLLAR AND MILNER: WE DEFEND DOGS AGAINST BABIES.” I guess it just depends on how deep dogs’ pockets are.


“This leads us to conclude that when the unattended child approached Rusty, the dog likely reacted in fear." – Dallas Pets Alive

The people who work for Dallas Animal Services have a tough job. We roundly lambaste them for failing to protect citizens from vicious dogs, but we also direct them not to kill too many dogs once they get them. We place them on a knife’s edge between duty to people and duty to animals.

It is our own moral duty to draw that line for them, to tell them how and when and why we want the line enforced. It appalls me that we can argue about where that line must fall. The safety of citizens but especially the safety of children comes first, way first, way out ahead, not even close to the interests of dogs.