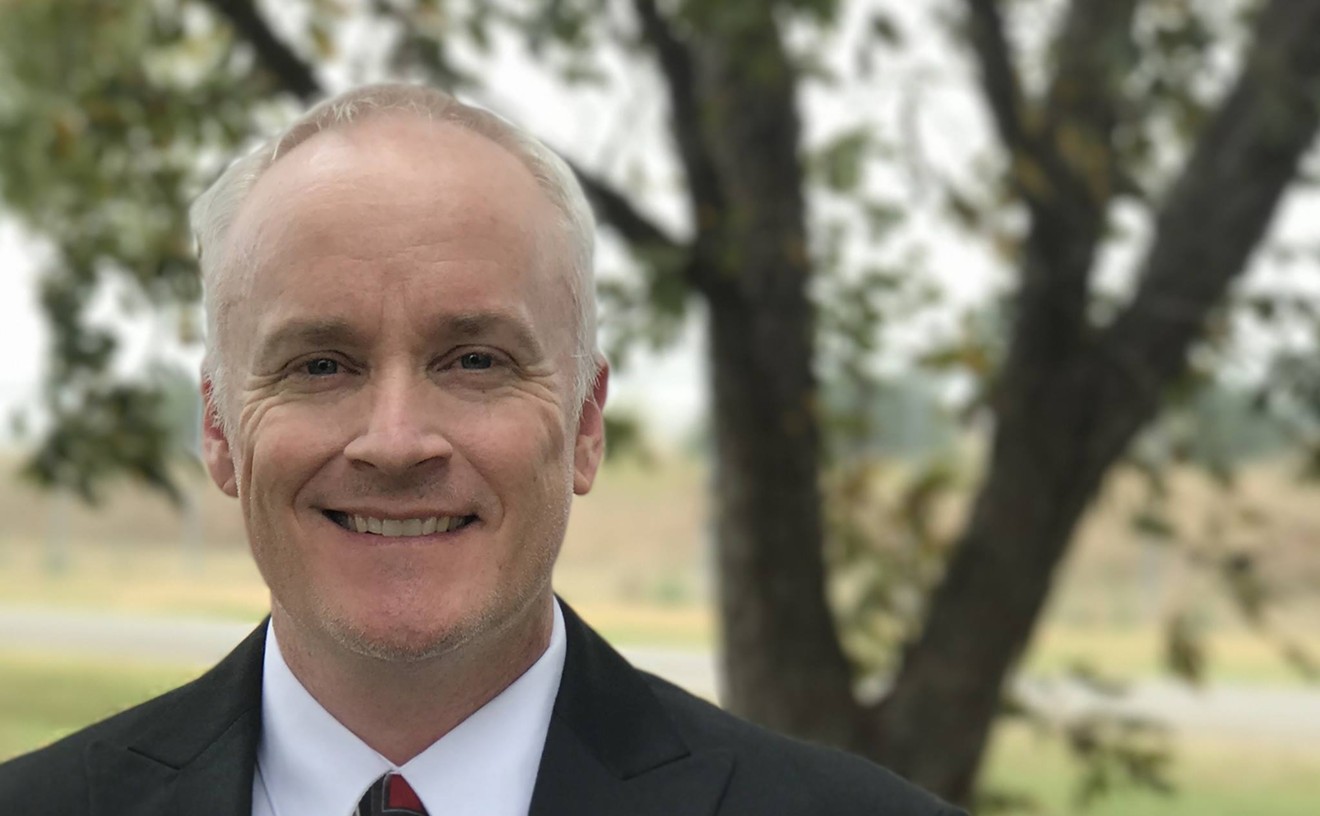 Facebook
Open carry founder "CJ" Grisham
State Rep. Jonathan Stickland is a conservative Christian Republican from Bedford known to elicit criticism from his fellow conservatives for the “blustering tea party politics” he fires off on the House floor in Austin. Texas Monthly named him one of Texas' worst legislators in 2015. D Magazine followed by calling him one of the Three Stooges of North Texas politicians. (Pat Fallon and Tony Tinderholdt rounded out that list.) Various Austin-watchers described him as “the right wing of all right wingers.”

Stickland supports "constitutional carry," the purported right of Americans to bear arms without government licenses, and isn’t a fan of background checks for firearms purchasers. So it’s no surprise that Stickland announced Wednesday on Facebook he is endorsing his friend Christopher “CJ” Grisham, the founder of the open carry movement in Texas, in Grisham's bid to unseat fellow Republican Rep. Hugh Shine of Temple.

“Many will criticize me for endorsing against a fellow ‘Republican,’” he wrote. “It’s not typical, and most don’t do it. But I love liberty too much to sit quietly. It’s time to kick out RINOs [Republicans in name only]. Join me in supporting Mr. Grisham and his efforts to bring courageous, conservative representation back to the capitol.”

This isn’t the first time Grisham has sought office. In August 2015, he ran for the Senate District 24 seat and used the race to push for his belief that anyone who can legally own a firearm should be able to carry it openly or concealed without a permit.

“I believe in the exact same barriers, licensing and training laws that were present when the Second Amendment was ratified,” he told Trace.org. “If it wasn’t present in 1791, I don’t want it now.”

On its face, that sounds like a position even gun opponents could get behind. Limiting gun owners to muzzle-loading, flintlock firearms would likely cut down on the carnage at the next mass shooting, but Grisham meant that the law, not gun technology, should be locked in amber.

Grisham, a retired Army first sergeant, first gained national attention for his March 2013 arrest in Temple after he argued with police officers who were concerned that he was openly carrying an AR-15 while hiking with his son. A long gun like an AR-15 can be openly carried under Texas law, but Grisham was arrested and convicted of a misdemeanor for interfering with police duties and fined $2,000.

“After my arrest, it became painfully obvious to me that Texans and law enforcement didn’t know the law about what is legal to carry in the Lone Star State,” Grisham said.

The open carry movement started shortly after a video of Grisham’s arrest went viral among pro-gun groups. Grisham and his supporters began lobbying for changes to Texas’ open carry laws and scored a victory during the 84th legislative session. Texans with licenses can now carry guns openly or concealed.

Grisham appealed his conviction, but the 3rd Court of Appeals upheld the lower court’s ruling in March. Larry Keilberg, executive director of the National Association for Legal Gun Defense-Self Defense Fund, told reporters the group was reviewing Grisham’s case to determine if it should be appealed to the Texas Supreme Court.

“It never ceases to amaze me how a law-abiding citizen can be minding his own business hiking out in the country near his home and end up charged with a crime the minute a police officer injects himself,” Grisham told the Temple Daily Telegram in March.

In October, Grisham announced that he might challenge Shine, calling him a “Democrat in Republican clothing.” He claimed that Shine didn’t support legislation that would have allowed Texans to carry handguns without concealed carry licenses.

In fact, Shine co-authored HB 1911, which would have allowed permitless carry, but the bill died in committee.

Grisham told the Observer that HB 1911 wasn't considered a constitutional carry bill. Under it, gun owners would still have to have paid their taxes and child support to be able to carry. Grisham said Shine didn't support HB 375, which would have allowed constitutional carry.

“It’s no secret I support constitutional carry and will expend my energy making it a reality in Texas; however, current law requires a state permission slip to carry. Here’s an opportunity to get your license at a good price AND support my campaign at the same time. $60 covers the class and the range fee.”