A.J. Croce Talks Music Aspirations and What He Has in Common With His Father 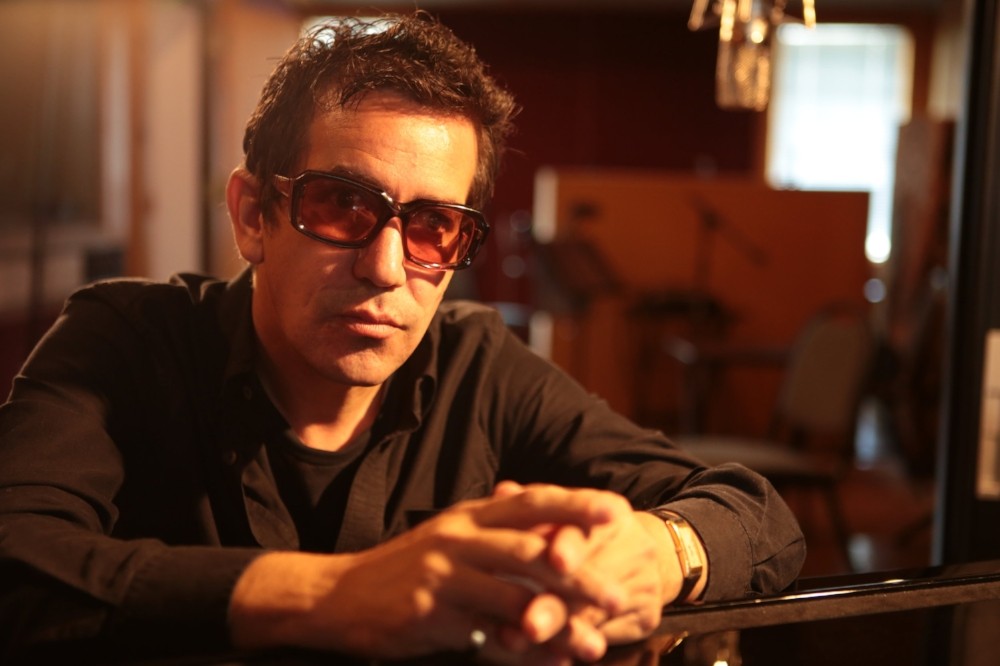 The 46-year-old son of late, legendary folk artist Jim Croce will perform live in Arlington for the first time Jan. 19 at Arlington Music Hall. He released his newest album, Just Like Medicine, in August.

“It’s my ninth studio album and my 10th album, if you consider compilations,” Croce says. “I’ve tried to write different kinds of music and different genres through my whole career. So I’ve ended up in a lot of different categories. While that is a difficult thing for, you know, major-label artists who are kind of required to write the same record again and again, for independent artists, you have a lot of freedom.”

Band members Gary Mallaber, David Barard and Michael Bizar are touring with Croce, who left RCA in 1995 and has worked with a variety of producers and musicians. Croce says Just Like Medicine is a soul-inspired album with original songs that mix traditional '50s and '60s soul as well as some more contemporary tunes.

“Its genres are blurred,” he says of the recording, which has landed on roots, rock, folk, Americana and blues charts and features Nashville and Muscle Shoals talents such as Steve Cropper, Dan Penn, David Hood, the McCrary Sisters and the Muscle Shoals Horns. The album also includes “Name of the Game,” a song written by Jim Croce that went unrecorded after his death in a 1973 plane crash en route to North Texas.

“I’m playing Wurlitzer, like a piano, and singing on it,” A.J. Croce says. “We did it live with Colin Linden playing my dad's guitar that he wrote it on, a 1933 [Gibson] LO. And then Vince Gill came in and played an old '30s Martin. It’s probably the only time that I’ll be able to collaborate in that way with my father because, you know, he died when I was very young. I didn’t know him. I got to know him through his music and his music collection.”

Croce's performance in Arlington on the 19th will be a special "Two Generations" performance during which he'll play both his own songs and songs by Jim Croce, as well as covers of songs that influenced them both.

We spoke with Croce about the performance, his music and his father.

You’ve been playing music your whole life. What age would you say you got serious about it?
I was 12 when I got serious because I got paid for the first time. And I realized that, like, I’d be able to, if I kept practicing, I could make a living at it. And then around 15, I was starting to play around town a lot in Southern California, in San Diego and in L.A. And in the summer, I would, you know, take some of the money I earned, and I would go to London. And I would play in the pubs over there. That gave me a great deal of live performance experience. And then when I was 18, B.B. King heard me and asked if I’d go on the road with him. So I went out and opened with him. We played the West Coast.

Are you more comfortable with a guitar or a piano?
Definitely with a piano. That was my first instrument. Before I could walk, I would crawl up the leg of the piano and bang on it. I love playing the guitar — don’t get me wrong — but the piano is my instrument.

Who is A.J. Croce? Can you describe yourself?
I usually leave that up to journalists to describe me. And they, sometimes, they get a piece of it right and a piece of it wrong. But I’m an artist. I’m a musician, and I’m inspired always to continue to push myself to learn, to practice, to be inspired by new things, by new music from all over the world, both contemporary and by the earliest music that was written. I’m a curious person … and I’m an absolute crazy music collector, so from 78s and 45s and LPs, and my wife’s the same. Our favorite thing to do is, basically like we were kids, lay down by the speakers, put on an LP and just, you know, revel in the beauty of great music.

It looks like you’ve tried, maybe purposely, not to sound like your dad or be like him that much. But if there’s one thing that you must acknowledge that you are like him, what would that be?
I don’t know if you can print it. But, you know, there was something my dad always said. And he told my mom to tell me. And, you know, has told it to me as an infant. And it was, “Don’t be an asshole.” And I think that’s the thing that really matters. And I think that’s what the world needs to remember the most is don’t be an asshole. If you can just be a good person to the people you meet and give everyone a fair chance to prove themselves to be decent, then that’s what we have in common.