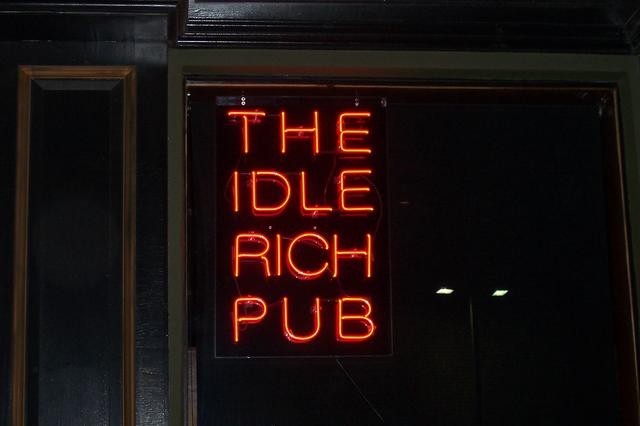 Observer file photo
After a 14-year run, Idle Rich Pub closes next week.
After 14 years on McKinney Avenue, Idle Rich Pub is closing after service Tuesday, Jan. 23, according to a Facebook post. The bar is closing because its lease is up, owner Feargal McKinney says.

"I have had 14 great years at the Idle, met many new friends and invaluable employees," McKinney said in the Facebook post.  "Several current employees started with me on on opening night in 2004. You will still be able to see the Idle crew working at our other pubs. No need to be too sad, but let's toast some very fond memories at a great Irish pub." McKinney also owns the Skellig and Old Monk.

Uptown's nightlife district has been a frequent topic of conversation at Dallas City Council meetings in the last year as neighborhood residents have complained about increased crime and issues with large crowds of drunken bar patrons, according to city officials. In response, several Dallas bars and restaurants, along with the Greater Dallas Restaurant Association, have formed 24Hour Dallas, a group of business owners who want to create a "safe, vibrant and positive nighttime culture for Dallas businesses, residents and guests," according to the group's Facebook page. The group has promised to work toward solutions as a condition of the city's agreement not to create a late-hours overlay to deal with neighborhood complaints.