Dallas City Council May Have a Cuckoo in the Nest 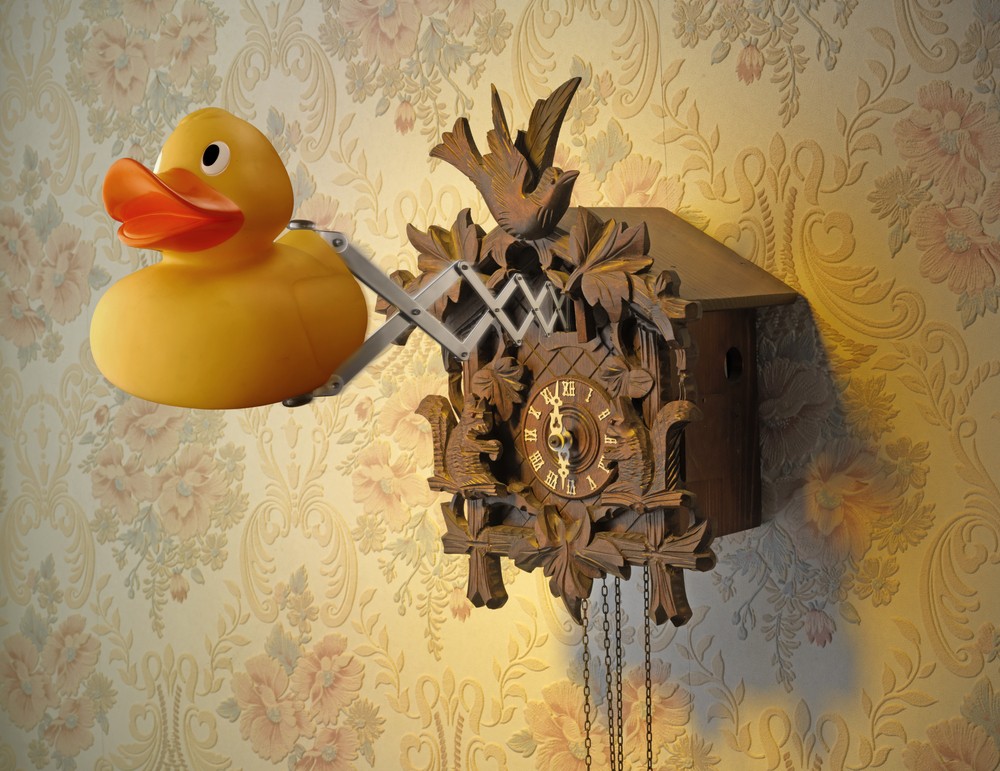 Stock Up/Shutterstock
Members of the Dallas City Council don't want to say it yet, but they may have a little kook-a-doodle-doo problem.
At this week’s Dallas City Council meeting, one of those very odd moments occurred when the people up onstage seemed suddenly to fall into a weird other language, Martian or something, and the people out in the peanut gallery were all craning around looking at each other to see if anybody knew what they were talking about. I did, but I tried not to let anybody meet my eyes. It was not the time or place to explain.

It’s a problem. Nobody on the council wants to come right out and say what it is yet. But I’ll tell you. They may have a cuckoo in the nest.

District 4 Councilman Dwaine Caraway, who is also mayor pro tem, was running the meeting in the absence of Mayor Mike Rawlings. Staring meaningfully toward District 7 council member Kevin Felder, Caraway recounted some disturbing things he had learned about a recent community meeting that Felder hosted at the Texas Horse Park on Pemberton Hill Road, a city-owned facility:

As Caraway spoke, I looked up at the council dais and saw council members shading their eyes, some sharing smirks. They knew what this was about. But out in the cheap seats where I was sitting, everybody was shrugging, like, “What? What?”

It so happened I had been chatting with people about it all week on the phone, so I knew, but I didn’t feel like trying to explain it to any of my seat-mates in the bleachers. Some of this stuff you can only explain in a quiet room with the use of dolls.

The Texas Horse Park, where Kevin Felder had his meeting, is a city-owned facility.
texashorsepark.com
The issue before the City Council was a zoning request to allow construction of a concrete batching plant near a rail yard next to the southern Dallas neighborhood of Joppa. The neighborhood is split. One batching plant, for crushing rock used in the manufacture of concrete, is in operation nearby already. Opponents say one’s enough.

Another strong faction in the neighborhood favors the proposal. If no new batching plant is built, they say, hundreds of trucks per day will rumble through their neighborhood carrying rock from the rail yard to batching plants elsewhere. And the companies seeking the zoning change have promised substantial infrastructure improvements and perquisites to the neighborhood.

So it’s a fight, in other words. The council has been having hearings and kicking the ball down the road with delays for a year. Such repeated delays drive industries crazy about the Dallas City Council. Tell them yes, tell them no, they can live with it. But keep telling them, “Check with us again next month,” and eventually they want to shoot somebody.

That brings us to the cuckoo issue. Apparently Felder, who represents Joppa, is very unhappy with the faction that supports the batching plant. I say "apparently" because it’s not always clear what he’s even talking about, let alone whose side he’s on.

Felder was a perennial candidate and City Council peanut gallery hanger-on literally for decades before finally somehow getting elected to the council in a runoff in June. In a district with a population north of 80,000 souls, 2,552 people voted in that election, 1,389 of them for Felder, giving him a winning margin of 226 votes over an unpopular incumbent.


"We took seven Dallas police that could have been somewhere fighting crime to come down to a meeting at the Texas Horse Park to bring and restore order."— Mayor Pro Tem Dwaine Caraway

He won it fair and square, and all of a sudden it was time for everybody to get to know the real Mr. F. Here are my early impressions: Good heart. Smart. Well spoken. Independent. Nuts.

And, please, I am not a qualified or credentialed psychotherapist or anything, and I use the term "nuts" only as my own inexpert opinion and in the strictly colloquial sense, meaning crackers.

He cannot deal with anyone who disagrees with him. At all. That’s what the horse park thing was about. The cops really were called, and, according to people who were there, officers really did have to explain to council member Felder that disagreeing with an elected official is not an arrest-worthy offense in America. Yet.

The meeting was already underway when Dallas Park Board member Yolanda F. Williams arrived. “I didn’t know before I got there what took place,” she told me, “but I had been told that he was talking crazy to the citizens of Joppa.”

Williams was surprised to find a city employee who works at the horse park cooling her heels in an outer reception area. The employee told Williams that Felder’s two City Hall assistants, also city employees, had ordered her out of her office “because this is a private community meeting.”

“I said, ‘He can’t tell you to leave. This is a city facility,’” Williams told me.

But when she attempted to lead the intimidated city employee back into the main building, Williams said, Felder’s assistants tried to block her from entering as well. “They told me, ‘You can’t come to the meeting. It’s private,’” she said.

What I was able to piece together from multiple witnesses was that a neighborhood police officer assigned to the community showed up and told Felder that people could not be evicted or arrested because they disagreed with him. Unwilling to accept this verdict, Felder or his assistants, on his direction, called a police supervisor. Eventually, six to seven police officers were on the scene, all telling Felder they could not and would not forcibly remove people he disagreed with from the meeting.

“They told him he couldn’t make anyone leave unless it's disorderly conduct,” Williams said.

I tried to speak to Felder about it. In the space of about a minute, I asked him half a dozen times to explain why he called the cops on his own constituents.

He asked me if I wanted to have a civil conversation. I said not especially. I wanted to know why he called the cops.

“If not,” he said, “I have other things to do. Go ahead and write whatever you want to.” He hung up.

OK, then. I write that I think Kevin Felder is a cuckoo-bird.

Felder is smart, well spoken and has a good heart, but he doesn't seem to understand what a public meeting is.
Jim Schutze
At the council meeting Wednesday, Caraway seemed to agree with me. “I do not agree,” he said, “with the fact of having closed meetings. I don’t agree with the fact of throwing people out of meetings. I believe a public meeting should be a public meeting, and you don’t have to show your driver’s license to show that you live in a certain area. Anyone and everyone should be able to go.”

In this case, Caraway’s insistence on transparency is not just a civics lesson. A major railroad and a major construction company are awaiting word on whether they can launch a major capital investment in the city.

I’m not taking sides on that. I love Joppa. It’s a very cool connection to the city’s early days and deserves whatever protection the city can extend to it. But industry is the foundation of our economy, and investment is better than disinvestment. So let’s let those chips fall where they may.

Because this is zoning and because it’s in Felder’s district, the informal rules of the single-member Dallas City Council system say it’s up to him. But he can’t bring it to a decision because, under his leadership, everything in his district is unresolved and wackadoodle.

At the same council meeting, District 14 council member Philip Kingston presided over one of the longest-running, most bitterly fought zoning disputes in recent city history — the Swiss Avenue Aldredge House fight in Kingston’s district. Kingston basically slapped everybody upside the head one time, gave them all a kiss, blew his whistle and put it away. It can be done.

Meanwhile on Felder’s case, the chamber was full of bitterly divided residents of Joppa, citywide community activists, zoning lobbyists and industry reps, all sitting there cooling their heels while Felder asked for yet another delay. The council voted to give him his delay because the case is in his district, and by the informal rules, he’s supposed to have say-so over it.

Felder said he was going to use the time to go to the Joppa community, have more community meetings and get everyone to agree on a plan. I watched the council closely while he made his promise, and I saw a lot of eye-rolling and face-planting.


“They told him he couldn’t make anyone leave unless it's disorderly conduct.” — Yolanda F. Williams

Caraway told Felder, “I suggest you have all the meetings right here in City Hall and have them in one of these big rooms over here. You won’t have to call the police because we got the police right here.” Caraway suggested that the meetings be videoed by City Hall personnel, “so we can see who’s acting the fool.”

That was the part when I looked around the room and saw people shaking their heads in puzzlement. I could guess the questions running through their heads. Why would Felder have to host his community meetings at City Hall? Why would the meetings have to be videoed?