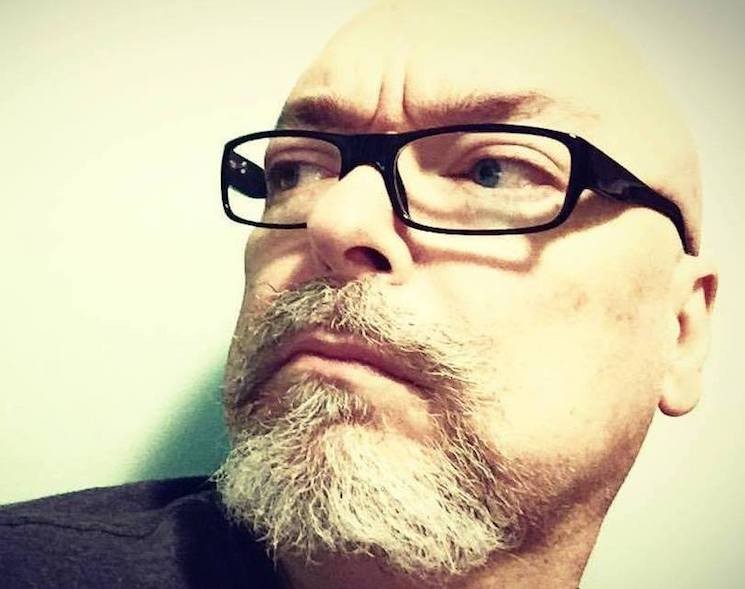 Jerry Lentz via Facebook
Jerry Lentz
Former DJ and morning show host Jerry Lentz loved what he did for a living. Lentz, who died at age 54 on Jan. 27, was one of the first on-air personalities for the now-defunct station The Edge KDGE-FM, and he made the job look easy.

"He was extremely devoted to the craft of being a DJ," says Josh Venable, the former host of The Adventure Club on The Edge, who now works as the program director and the morning show host for Z104.5 FM in Tulsa, Oklahoma. "There are a lot of people who think it's the easiest thing in the world to get on the radio and go, 'I know what I like. I like Bloc Party, so here's a song from Bloc Party.' It's hard to make people laugh and make people think."

Lentz's wife, Jessica, said the cause of death was swine flu, which Lentz was treated for at a hospital in Tennessee. She says her husband loved radio broadcasting so much that he wasn't content with practicing doing it. He wanted to help other people experience the same joy he felt every time he sat behind the mic.

"I just remember him being really receptive to showing me the ropes and helping with productions, and I really appreciated what he stood for and how he kind of paid it forward," says Jeff Kovarsky, another former Edge host who now hosts a weekday afternoon show for 92.5 FM and is the public address announcer for the Dallas Stars. "He'd lend a helping hand to the guys who were struggling and trying to get to where he was."

Venable was a devoted listener of Lentz's morning show in the early 1990s and used to skip school to hang out at the station and jockey for a job. Venable remembers sitting in the Grapevine High School parking lot every morning, listening to Lentz banter and bicker on air with his first wife, Jackie.

"It was the most un-morning show I ever heard in my entire life," Venable says.


"He had the foresight to record the very first Edgefest concert in April of 1992 at the Starplex. This was the show that Pearl Jam was supposed to headline, but Eddie Vedder was afraid everyone was going to leave after Dramarama." — Jeff Kovarsky

Lentz gave Venable his first on-air interview, with author Johnny Rogan, who had written a book about the messy breakup of the Smiths. Venable says he didn't want to do the interview because he was "the world's biggest Smiths fan."

"He said, 'Tomorrow, that author you hate, he's going to come to the studio and you're going to interview him,' and I went, 'No, I'm terrified,'" Venable says. "My voice went up nine octaves, and he said, 'Well, you know more about the Smiths than anybody here.'"

Venable says the interview was combative and challenging, but it got him behind the microphone and led to a career in radio. Lentz recorded the contentious interview to cassette tape and labeled it "Morrissey: The Cat Fight." Venable still has it.

"To me, he was always like a little boy who wanted people to like him and he just wanted to make people laugh," Jessica Lentz says. "It was important that people were happy around him, and he did like to be a little mysterious and keep people guessing what he was going to do next."

Jerry Lentz's edge and need for creative control didn't always jibe with the wishes of management, which was more worried about pissing off sponsors and offending new listeners than pleasing the core fan base and shaping the station's "us-against-them mentality," Venable says.

"His drive was to always be creative and to always be pushing boundaries," Kovarksy says. "He wouldn't just take no for an answer because management doesn't always say yes. He preached to ask for forgiveness instead of asking for permission to do things on the air."

During his five-year tenure at the station, Lentz's challenging approach got him fired twice. In 1994, he decided to move out of the Dallas market for good.

"He really did love Dallas," Jessica Lentz says. "He often would say, 'I wonder what it would be like if I had just stayed.'"

Lentz went on to work for other stations in radio markets in California and Missouri before settling down with Jessica and her daughter just outside of Nashville, Tennessee. In Nashville, he focused his career on filmmaking, a path he'd started down while working at The Edge, where made an unreleased concert film called Angry Blue Planet.

"He had the foresight to record the very first Edgefest concert in April of 1992 at the Starplex," Kovarsky says. "This was the show that Pearl Jam was supposed to headline, but Eddie Vedder was afraid everyone was going to leave after Dramarama. Jerry actually had a film crew out there and had the foresight to think someone should document this event."