After Removal of Park Board Member, Dallas Council Changes Rules on Appointing Felons 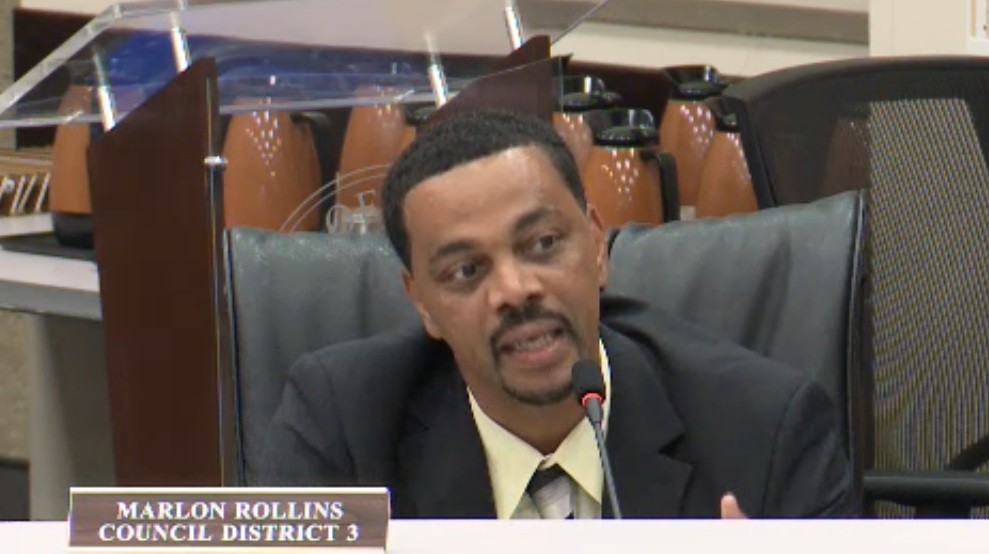 dallascityhall.com
Let's call this one the Marlon Rollins Rule.
Twice-convicted felons, once they've completed their parole, are now eligible to serve on Dallas' boards and commissions. The Dallas City Council voted Wednesday to change an existing city policy that limited candidates for appointment to bodies like the Park Board or the City Plan Commission to one felony, no matter the circumstances.

The council picked up the issue this winter, when Park Board member Marlon Rollins was removed from his position after The Dallas Morning News published a story detailing a couple of decades-old felony convictions for robbery and forgery. Both Scott Griggs and Tennell Atkins drew up resolutions to change the rules. Atkins' version, which calls for candidates to still receive background checks but for the council to make all final appointment decisions, won the day Wednesday.

"We cannot continue to penalize people who've served their time," council member Kevin Felder said. "They've gone to prison, paid their debt to society. In the state of Texas, when you've paid your debt to society and you're no longer on parole or probation, you have the right to vote. I think we should mirror that."

Every member of the council except one agreed with Felder, expressing various degrees of support for and comfort with felons who might hope for a leadership role with the city. Rickey Callahan, the lone voice against changing the rules, said the choices made by board candidates, even if they were made when those candidates were teenagers, should matter.

"They've gone to prison, paid their debt to society. In the state of Texas, when you've paid your debt to society and you're no longer on parole or probation, you have the right to vote. I think we should mirror that." — Kevin Felder

"I'm a little uncomfortable with this," Callahan said. "Everyone knows that I've been very advocational [sic] for people with felonies to be able to go back to work, but I think going to work is one thing versus being on a city board. I just think there's a degree of a higher bar, if you will, that needs to [be] there for people given the public trust. ... I'm just real concerned about what kind of message this sends to the city and the rest of the world."

Atkins and Philip Kingston argued that the council should ultimately decide whom it appoints to the various gigs that come under its authority. The council shouldn't limit its choices for no reason, Kingston said.

"The larger principle that this vindicates is that the council has judgement and discretion to decide who sits on boards and commissions," Kingston said. "If we set ourselves silly rules that limit our authority and limit our ability to have debate ... then we're really saying something very poisonous about the efficacy of city government."