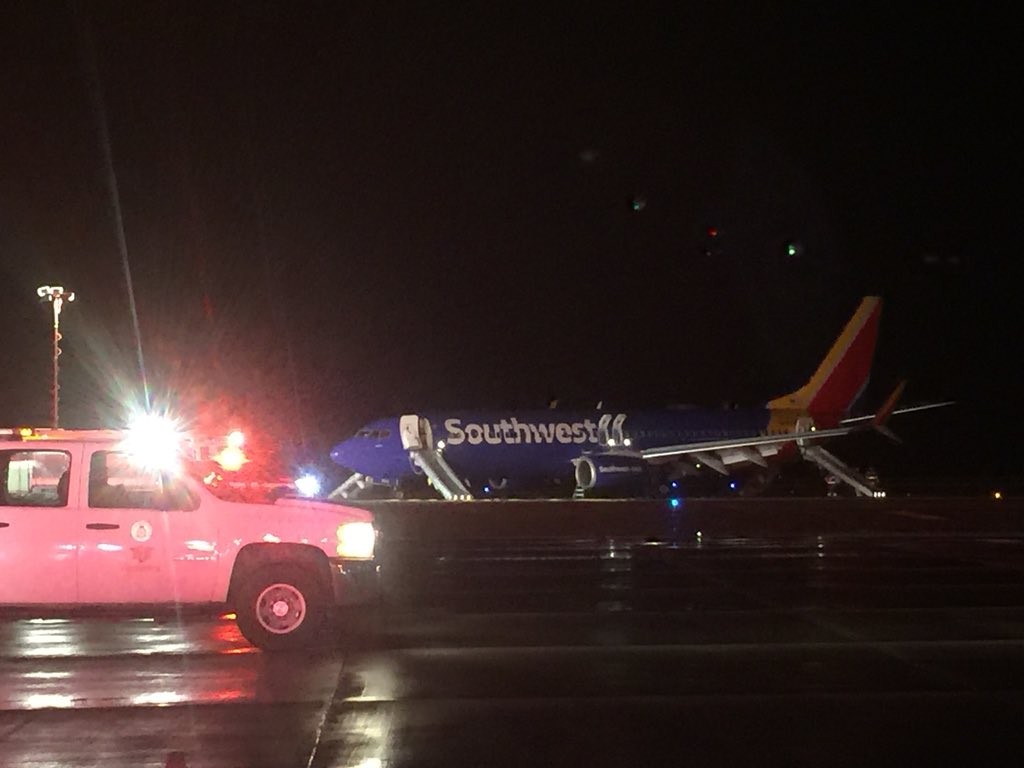 One of those 140 passengers was Maj. Max Geron of the Dallas Police Department, an Observer contributor. Proving again that he's one of Dallas' best follows on Twitter, Geron documented his experience on the flight, all the way through his 3 a.m. arrival at Love Field. As usual, Geron, formerly a public information officer for DPD, kept everyone informed. In the process, he picked up some new Twitter followers and fielded plenty of questions from a concerned community in Dallas.

Just made an emergency landing in Albuquerque. @SouthwestAir flight attendants did a great job!

Well I got to go down the slide pic.twitter.com/u4YDCmsHki

Yes they did. Captain and first officer were top notch.

Electrical problem and smoke in the cabin.

The crew did a great job. A few minor injuries but otherwise everyone seems to be ok.

Just boarded the continuation to get back to Dallas.

That made me laugh. Thanks Grubes!

According to a statement from Southwest, flight 3562's crew decided to make an emergency landing after smelling an unusual odor in the cabin. The captain told air traffic controllers about the emergency, and a runway was cleared for the plane to land and the passengers to get off. Five passengers, including the two who went to the hospital, received medical treatment at the scene. The plane will remain in Albuquerque for inspection before it makes additional flights, the airline said.