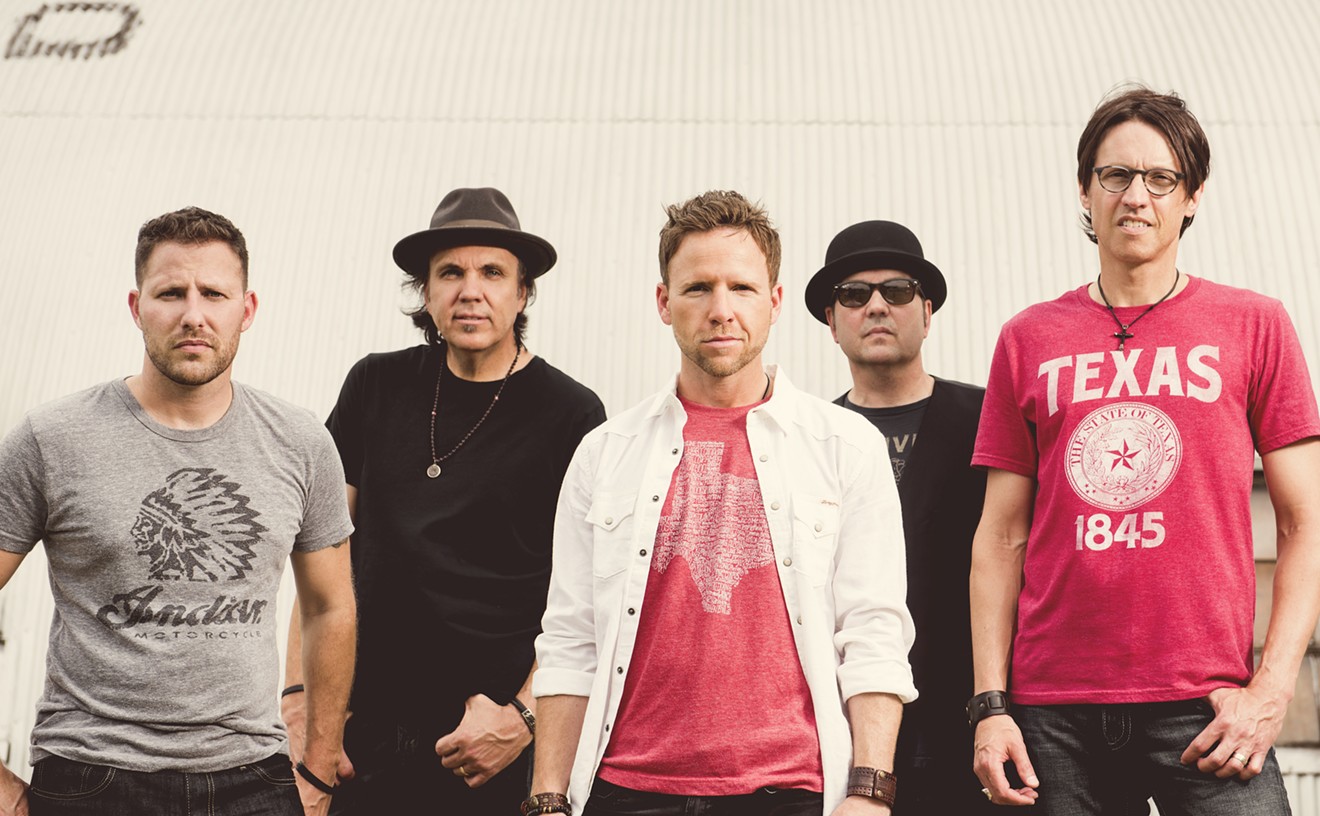 courtesy the band
People generally don’t think of the Dallas suburbs as places where local music goes to thrive, but Highway 31 has spent most of its time building a loyal following outside the epicenter of the Dallas music scene.

Formed in 2012, Highway 31 will celebrate the release of its second album, So Hard to Say, at The Sanctuary in McKinney — just east of State Highway 75, just south of U.S Route 380.

Highway 31 started as a band that played mostly cover songs, which is a practice commonly found in the quieter bars in Dallas' northern neighbors. For longtime musicians like guitarist and vocalist Steve Mueller, the suburbs offer older bands the opportunity to really dig in and define their sound.

“In my mind,” he says, “there’s no better or faster way to develop and grow as a band than spending time in the trenches playing as much as you possibly can. The first couple of years, we paid our dues in a lot of suburban clubs, playing mainly covers. Like anything, if you want to be good, there is no substitution for repetition.”

If you’ve only spent time catching local bands along the well-trodden paths of Deep Ellum and Lower Greenville, you might be surprised to find out there is much more happening in places where people are more likely to respect your personal space and focus on the music.


“Highway 31 is actually a symbolic reference to the Trinity ... . In other words, The Way [Highway] to the One [God] is through the Three [the Trinity — Father, Son and Holy Spirit].” – Steve Mueller

For Mueller, this is the perfect environment for a bands' sound to cement.

“Places like the square in downtown McKinney actually have a very vibrant live music scene for artists of all kinds,” he says, “and one of the best things from an artist’s perspective is how engaged and responsive the audiences are."

The audiences more attentive to the music than the circle of friends they arrived with, and bands like Highway 31 can look forward to state-of-the-art technology in their host venues.

The Sanctuary was chosen for the CD release party because, as Mueller puts it, the event center “is an absolutely beautiful music venue with amazing production and sound.”

The band’s first album, Traveler, was released through Smith Music Group in December 2016, and since then, Highway 31 has worked nonstop creating videos, playing large and small venues, and recording new material.

So Hard to Say is set to be released on Audio Flare Records after being recorded by Matt Aslanian of Aslan Studios, mixed by U2 producer Florian Ammon in Studio City in Los Angeles and mastered by Grammy Award-winning engineer Gavin Lurssen in Burbank, California.

With a group of incredible engineers helping to hone the band’s sound on the new record, Mueller says, So Hard to Say “reflects our growth as a band and as songwriters.

“Working with someone like Florian has inspired us and continues to push us to new heights,” he continues. “Now our sincere hope is that more and more people will do us the honor of having a listen.”

There’s more to Highway 31 than meets the eyes and ears, however. While its sound can be likened to that of Matchbox 20, Lifehouse and even The Eagles, what rests at the core of its music is the Christian faith.

“While we write about different things and aren’t exclusively writing Christian music, our Christian faith is at the heart of everything we do,” Mueller says.

Even the name of the band has references the band’s faith.

“Highway 31 is actually a symbolic reference to the Trinity that we came up with through our desire to have a deeper meaning for this band,” he says. “In other words, The Way [Highway] to the One [God] is through the Three [the Trinity — Father, Son and Holy Spirit].”

As Mueller suggested, the album is a testament to the band’s six-year devotion to the craft. While the band’s first album showed the members as strict adherents to the alt-rock sounds of the early 2000s, the new album displays further development of the familiar sound — one that feels both welcoming and original.

The title track demonstrates a harder sound with more complex melodies and an undeniably catchy chorus that is sure to get your head nodding as it develops into a steady bang.

If you can’t make it to the suburbs to see Highway 31 at The Sanctuary this Friday, you can catch the band’s high-energy performance June 23 on the main stage at the Taste of Dallas at Gas Monkey Live.