courtesy Louie King BBQ
Louie King BBQ will take over the former Daddy Jack's space next door to Leela's, which is owned by the same group.
A new barbecue joint is coming to the old Daddy Jack's space on Lowest Greenville: Louie King BBQ, which aims to "fuse Texas barbecue traditions with contemporary design and innovative food and beverage offerings," according to a press release. But there's a twist: Louie King isn't funded yet, and owners are hoping that you'll pony up the extra cash they need.

This isn't the first time this crew has gone the crowdsourced investment route. After opening Feed Company, a restaurant and bourbon lounge just off Greenville, owners used crowd-financing website NextSeed to fund Leela's Raw Bar and ABV, a combination restaurant and cocktail bar that opened last month on the same street. According to their NextSeed page, Leela's raised $176,800 in investment capital via the website.

Now, managing partners Patrick Bruce and Sameer Patel are attempting to raise a minimum of $125,000 for Louie King BBQ, which will have a menu centered on "overnight smoked, Texas-sourced meats including wagyu briskets, prime ribs and pulled pork," according to a press release. Owners also promise smoked seafood and "exotic meats" rotated into the menu, along with "boozy slushees," a "curated beer and wine selection" and 13-foot, custom-built barbecue pit from Dallas-based pit-maker A.N. Bewley. 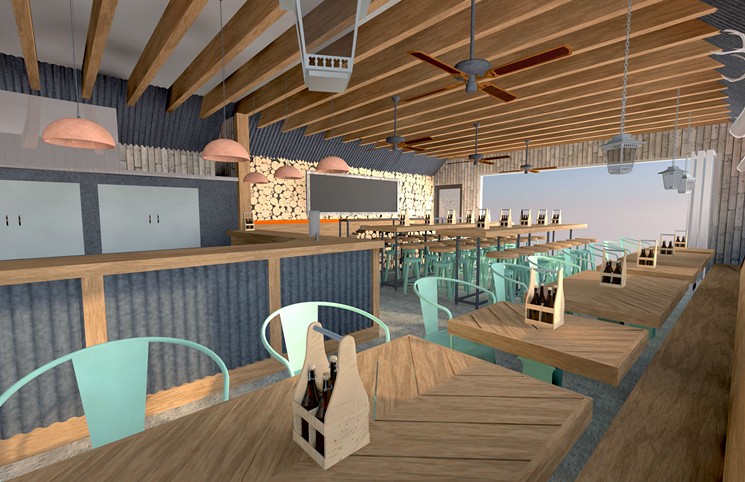 A rendering of the future Louie King's BBQ, slated to open this summer in the former Daddy Jack's.
courtesy Louie King BBQ
With the goal of "giving local business owners a platform to access flexible debt financing, all from investors in the community," NextSeed allows anyone to invest in Louie King starting at $100. As per Louie King's model, assuming it all comes to fruition, "for every $100 you invest, you are paid a portion of this company's gross revenue every month until you are paid $150-$160 within 48 months," minus a 1 percent service fee, according to NextSeed.

The use of "Louie" in a Texas barbecue brand seems confusing, considering the massive popularity of the well-established Louie Mueller Barbecue in Taylor, but Louie King's BBQ has 62 days left on NextSeed, and owners say they hope to open in August.

According to NextSeed, several other DFW businesses have been funded through the website: Leela's, Denton food truck the Dumpling Bros., a sleep treatment clinic called the Snoring Center and a student shuttle service called Smiley Transportation.