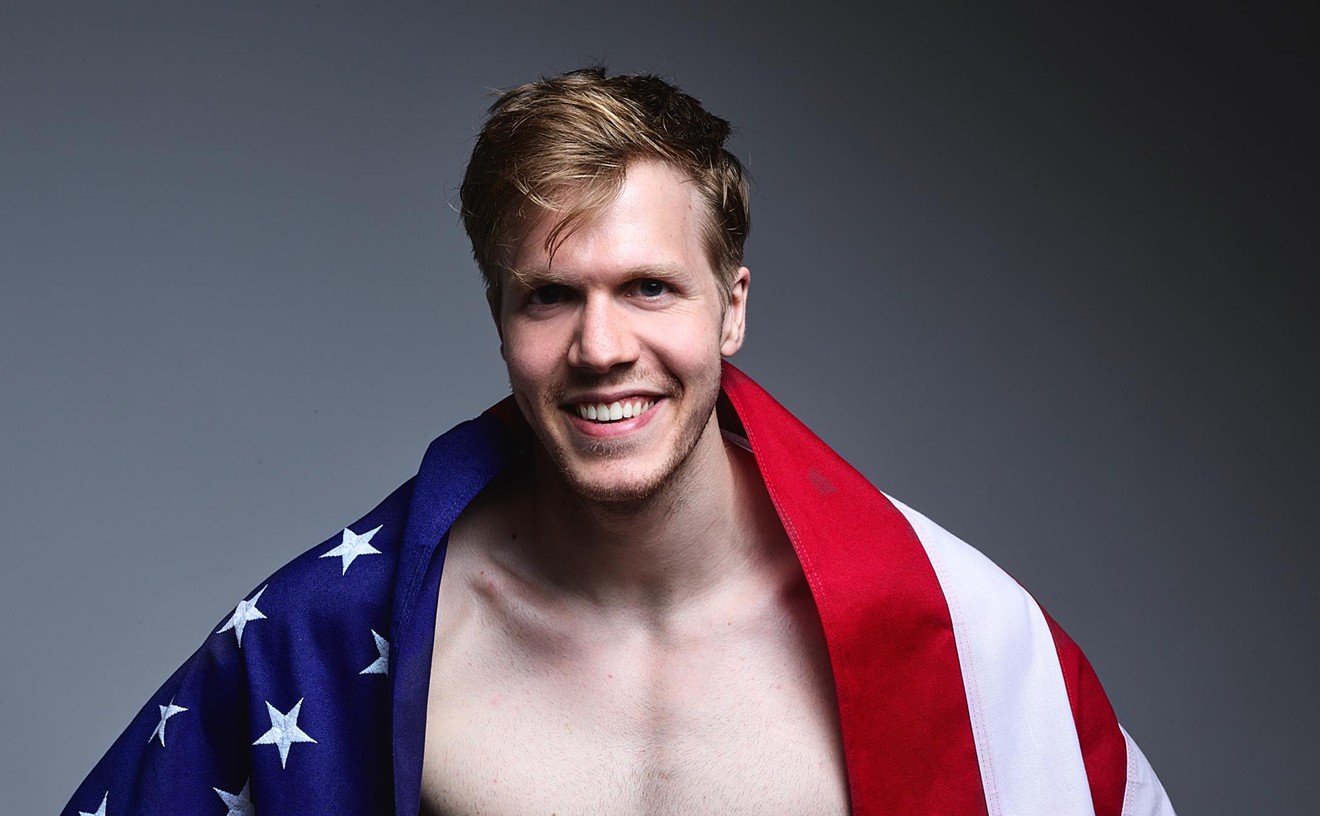 At 3 in the morning, Patrick Lyons, a Dallas competitor on season 10 of American Ninja Warrior, sits in an outdoor holding area full of fellow athletes, waiting for his turn on the course. After spending hours watching others just as capable as him succeed and fail, he is finally called up to the plate. He steps out onto the course in his red “Heart of a Lyon” T-shirt, smiling uncontrollably. Adrenaline pumping, he roars as the clock starts.

When he saw Batman Begins at the age of 10, Lyons felt weak and did not like what he saw when he looked in the mirror.

“I didn’t like the way I looked,” Lyons says. “Some might say that that’s a little bit harsh for a 10-year-old to think, and that’s completely true, but that was the reality for me.”

He started doing push-ups and sit-ups every night, oftentimes falling asleep on the floor in the middle of a set. Five years later, he found himself feeling the same way. As a sophomore at Carrollton's Creekview High School, Lyons was involved in the speech and debate teams and the theater department. However, he did not participate in any physical extracurricular activities.

Lyons got into fitness this time by accident, he says. Concerned with his grade point average, he decided to take a summer physical education class. His gym instructor introduced him to the P90X workout program. It absolutely killed him, he says. He could not make it through five minutes, let alone the whole regimen.

“I told myself at that moment, ‘I want to get myself to the point where I can make it through this workout no problem,’” Lyons says. “So I did just that.”

At 22 years old, Lyons is a fitness coach and an intern at Microsoft in Seattle. Since he started his first P90X program, with some hurdles along the way, Lyons has gained about 37 pounds of muscle and works out five times a week.

At the beginning of his college career at the University of Texas at Austin, he became interested in calisthenics, explosive bodyweight exercises while moving freely through air. He learned how to do a muscle-up, an exercise in which he hangs from a bar and lifts his weight to a position above the bar.

“I could only do like one,” he says. “It was incredibly difficult for me.”

Eventually, was able to do 10 muscle-ups in a row. He posted a video of himself doing this on his Facebook page and received a lot of responses. One response came from his sister.

“My sister commented and was like, ‘Patrick, this is awesome. You should do Ninja Warrior,’” Lyons says. “I commented back, ‘I’d love to, but I have no idea how to go about applying for that.’”

It turned out to be simpler than he thought. His sister sent him a link to the application to be on American Ninja Warrior. The application required a three-minute audition video, Lyons says. He enlisted the help of his friend Andrew Cordova to film his audition.

The video included activities that showed Lyons had the strength it takes to make it through a course, but what it lacked were the obstacles he would face on the show. Although the casting producer loved Lyons’ story and knew he was strong enough, his lack of experience with obstacles cost him a spot on season nine of American Ninja Warrior.

His contact with the producer allowed him to become a course tester. This gave him even more incentive to keep chasing his dream of competing on the show. Over the next nine months, Lyons trained on obstacle courses every chance he got. He was constantly traveling.

“Whether in Dallas or San Antonio or Austin or wherever the case may be, I was training at places that would get me directly ready for competition,” he says.

Through all his training, he was able to put together an audition video that was better than any other he had made, he says. He heard back five weeks later. He made it on the show.

For the next five weeks, Lyons was more committed to Ninja Warrior than anything else in his life, including academics. Although his grades dropped and he did not hang out with his friends as much, he became more physically capable in every way possible, he says.

Finally, after all his training and preparation, he made it to the day before the filming of his run on the course. In front of a green screen, surrounded by cameras, Lyons was directed through power poses and was interviewed about his story. It was an empowering experience, he says, but his nerves began to build, especially when he saw the course he would run in person.

Because the filming of the show did not start until midnight, Lyons made sure to stay up until 3 a.m. the night before and sleep until noon. He ate breakfast just like he would any other day but had a small lunch because he did not want any extra weight acting against him while on the course.

“Every pound counts when you’re hanging from your hands,” he says.


“Every pound counts when you’re hanging from your hands." – Patrick Lyons

He checks in around 9 p.m. and is escorted to the ninja holding area, joining about a hundred others who would be competing that night. He is watching each competitor go through the course, making note of their mistakes. Six hours later, a producer tells him to start warming up.

“Oh my gosh, once it was like two people before [me], my heart was absolutely racing,” Lyons says. “It felt so surreal. I couldn’t believe it was actually about to happen.”

Bright lights and huge cameras surround Lyons as he steps onto the course. He can't stop smiling. Thoughts race through his head. He hears a countdown: “three, two, one.”

“The second that timer started, the only thing I could think about was the obstacle right in front of me,” he says. “Not a single other thought was in my mind because I couldn’t be distracted in that moment. Nothing else matters.”

He makes it through the first obstacle, advancing to the next — a new obstacle called the Catch and Release. It has never been done on the show before, Lyons says, and consists of a bar perpendicular to one's body.

Ninjas are meant to jump, grab the bar and swing it into a locked position to advance to the next Catch and Release. While Lyons did all of this correctly, he found himself living every ninja's nightmare. Trying to swing back and forth to build momentum, he began moving in circles.

“I started orbiting,” he says. “This is also known as the death spiral.”

He is hanging for 30-40 seconds before he finally levels out. The crowd keeps cheering, but his hands are dead. He attempts the jump and grabs the second bar but loses grip almost immediately, falling in the water below. His run on the course is over after about 70 seconds.

What followed was the most disappointment Lyons had ever felt in one moment, he says.

“I was bummed when I fell. I wished that I had gone further,” he says. “But the second those thoughts happened, they went away.”

Lyons says he has nothing to be mad about because he made his goal happen. He got to attempt a real Ninja Warrior course, something he had dreamed of since he was a kid. While there is no guarantee of getting a callback, Lyons has every intention of trying to make it on the show again next year.