Here Are 5 Better Reasons Not to Like Rep. Pete Sessions 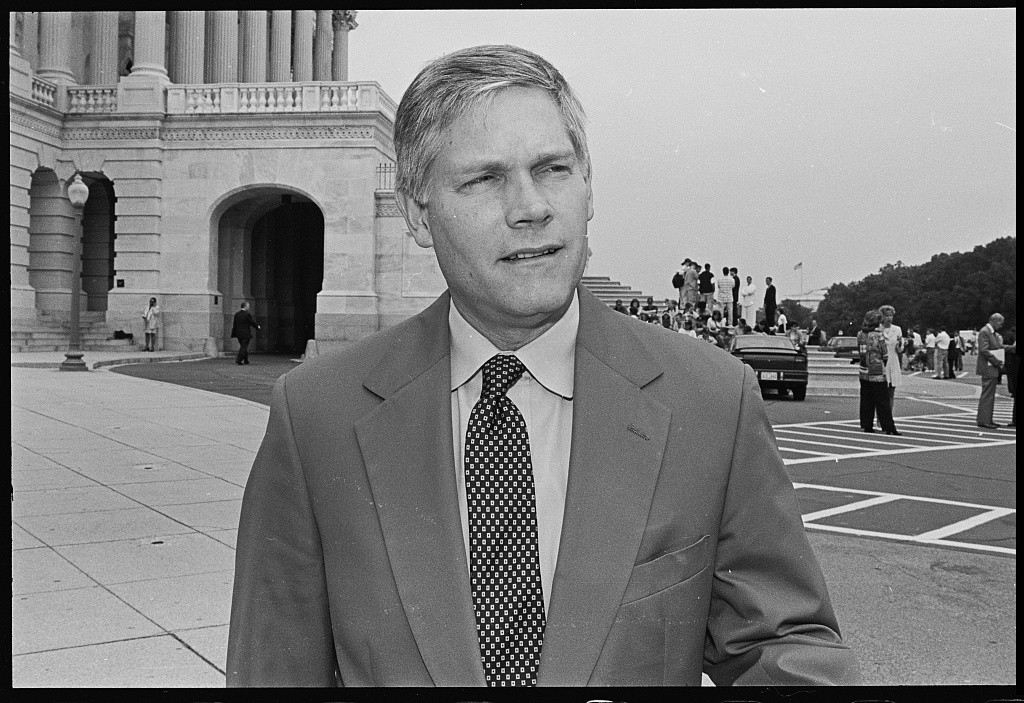 Susana Raab
Pete Sessions in 1998, during his first term in Congress.
Last week, unless you had the good fortune of staying off the internet, you couldn't miss it. Dallas U.S. Rep. Pete Sessions got asked about ending no-fault divorce in Texas, put his foot in his mouth and took all sorts of hell for it.

Sessions' comments, to be sure, are tone deaf. Answering the question, he tells a story that he ties to an unnamed series of crimes that happened in the Dallas area:

“Dallas County, a few years ago, went through a number of terrible shootings. And I gathered together, they were at the time Republican district judges, and I said ‘Guys, men, women, we’ve now had I think four or five shootings.’ One of them was from a big-time guy in Highland Park, who went and killed his wife, just gunned her down. And that was because the judge was unfair, and the woman was unfair. And she demanded something, and he was out. And it was frustration. So now we go through the court system. And unfortunately lives have to be lost and there has to be tragedy — there now is a better system.”

The congressman has been called out, repeatedly and vociferously, for saying that the Highland Park shooter killed his wife because the wife and the judge were unfair. Sessions blames the victim and another person for the crime committed by the man, he says. That's not right.

His larger point, however, is a good one. No-fault divorce — something many religious conservatives have a big problem with — allows for smoother divorce proceedings and decreased acrimony. In an elliptical way, Sessions is standing up for the rights of married people to divorce their spouses without having to justify themselves to a third party.

And unless Sessions is a much bigger loon than we think, which is highly unlikely, he wasn't saying that the victim was responsible for her own death because she was unfair in the divorce. That might have motivated the killer, but it didn't justify him. We're almost 95 percent certain Sessions, the son of a former FBI director, didn't mean the latter. (The 5 percent is wiggle room because these days no one really knows what weird shit people have on their minds.)

So, progressives, let's cut the congressman some slack on this one. Besides, there are plenty of reasons to dislike Sessions, more than plenty, in fact, but a poorly worded response from a man who's never been known for thinking on his feet isn't among the best.

1. Sessions is "Washington's most powerful anti-pot official" — Thanks to being the chairman of the House of Representatives' Rules Committee, Sessions has the power to stop pot friendly amendments attached to other bills from ever getting a vote on the House floor. During a committee debate over an amendment that would've stopped the federal government from spending money to prosecute anyone who was in compliance with state marijuana laws, Sessions made it clear where he stood.

“Marijuana is an addictive product, and the merchants of addiction make it that way. They make it for addiction. They make it to where our people, our young people, become addicted to marijuana and keep going," Sessions said.

If Sessions loses to Allred, whether Democrats take the House or not, it's likely that the chamber will be friendlier to pro-weed legislation.

2. Sessions wants to end birthright citizenship — Sessions is a co-sponsor of HR 140, a bill from Iowa's neo-Nazi-retweeting Congressman Steve King. If HR 140 were to become law, only those children born in the United States to at least one parent who was a U.S. citizen, U.S. permanent resident or member of the U.S. military would be granted citizenship upon being born.

He also opposes a path to citizenship for those immigrants protected by former President Barack Obama's Deferred Action for Childhood Arrival's program, which grants legal status to those brought to the United States as young children.

"The people who’ve come across, we have not thrown them out of the country. There is no plan to do that. They’re allowed to work, they’ve been given free education, we’ve allowed them to have in-state tuition. I think we’ve been very good, and we should be," Sessions told CNN in January, before saying that the group did not deserve citizenship.

3. Colleges shouldn't investigate sexual assault claims unless victims first report the attack to police, according to Sessions. — In 2015, Sessions, along with House colleagues Matt Salmon of Arizona and Kay Granger of Fort Worth, introduced something called the Safe Campus Act. The bill would've prevented schools from investigating sexual violence claims on their own if the alleged incident hadn't been reported to the police.

4. Blimpgate — During his time in Congress, Sessions has routinely decried earmarks — the now-suspended process by which federal money could be directed to projects favored by members of Congress without going through the normal appropriation process. They were, he said on his campaign website, "a symbol of a broken Washington to the American people.”

That didn't stop Sessions from authoring an all-timer of an inappropriate earmark in 2008. That year, according to Politico, Sessions guided a $1.6 million earmark for blimp research to an Illinois company that had "no experience in government contracting, let alone in building blimps.

"What the company did have: the help of Adrian Plesha, a former Sessions aide with a criminal record who has made more than $446,000 lobbying on its behalf."

A member of Sessions' staff told Politico that Sessions got behind the earmark because it would create jobs in Dallas. That wasn't true, the website reported.

"But the company that received the earmarked funds, Jim G. Ferguson & Associates, is based in the suburbs of Chicago, with another office in San Antonio — nearly 300 miles from Dallas. And while Sessions used a Dallas address for the company when he submitted his earmark request to the House Appropriations Committee last year, one of the two men who control the company says that address is merely the home of one of his close friends."

5. Sessions only got to where he is today thanks to a guy serving a 110-year federal prison sentence. — Way back in 2004, Sessions faced a tough battle for re-election. He'd been drawn into a district with longtime Democratic Rep. Martin Frost thanks to the Texas Legislature's infamous mid-decade redistricting in 2003.

That election cycle, he received more than $40,000 in campaign contributions from employees of the Stanford Financial Group, an investment company run by Allen Stanford. It was the most cash Sessions received from any group. In 2009, Stanford was arrested. His investment company, as it turned out, was a $7 billion Ponzi scheme.

“I love you and believe in you,” Sessions wrote. “If you want my ear/voice — e-mail.”