Brian Maschino
Demonstrators protest the death of Botham Shem Jean at Dallas police headquarters on Sept. 7.
Amber Guyger is still getting paid by the Dallas Police Department because going through the process necessary to fire her could compromise the criminal investigation of her shooting and killing Botham Jean in his own apartment on Sept. 6, DPD Chief U. Renee Hall said Thursday.

After Jean's death — Guyger told investigators that she mistakenly entered his apartment, believing it was hers, and shot Jean because she thought he was an intruder — activists called loudest for two things: Guyger's arrest and for Hall to fire the officer, who was placed on administrative leave immediately after the shooting.
click to enlarge 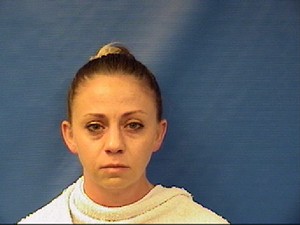 
Guyger was arrested Sept. 9 after being charged with manslaughter. She made her $300,000 bail in less than an hour. Despite her arrest, Guyger has remained employed by DPD, much to the consternation of those who've protested on Dallas' streets in the weeks since the shooting, repeatedly calling for her firing.

Thursday afternoon, for the first time since the weekend following the shooting, Hall spoke out publicly about the case, explaining why she hasn't disciplined Guyger.


"Here’s why. As an employer, DPD can compel Officer Guyger to provide a statement during a DPD administrative investigation and those statements given to DPD could potentially compromise the criminal investigation." — U. Renee Hall

Hall is apparently trying to avoid a situation similar to one that happened during the recent trial of former Balch Springs police Officer Roy Oliver, who was eventually convicted of murder for shooting and killing Mesquite teenager Jordan Edwards.

While it's true that DPD brass has typically waited for the conclusion of criminal investigations against its officers before deciding how it will discipline them, that wasn't always the case. Hall's predecessor, David Brown, fired two officers involved in high-profile shootings in 2013, Amy Wilburn and Cardan Spencer, weeks after the shootings. Both officers were initially indicted for aggravated assault by a public servant before pleading guilty to lesser charges and receiving probation. Brown fired another officer in November 2014 after he was videotaped getting into a fight with a panhandler. That officer, Jesus Martinez, eventually won reinstatement.