courtesy Arianne Martin
Actor Julian Hilliard, one of the stars of Netflix's new horror series The Haunting of Hill House, shows off his acting range.

Acting and filmmaking run in Julian Hilliard's family. His mother, Arianne Martin, is an accomplished actress with credits on television and film. His father, Justin Hilliard, has produced and directed a number of films and documentaries.

Julian not only shows an interest in the family business, but he has his own impressive career in acting and filming, and he's only 7 years old.

"It's fun," the Dallas native says. "You can be anybody you want."

His career has lasted only about a year and a half, but he already has a pretty impressive resume. He's starred in commercials, movies and TV shows like Netflix's new hit horror series, The Haunting of Hill House, as the Crain family's youngest son, Luke. He'll also star in the upcoming dark comedy film Greener Grass alongside D'Arcy Carden from NBC's The Good Place and Saturday Night Live's Beck Bennett.

"He has a natural ability to find it," Martin says. "Luke is a very different, quiet kid, who's very sensitive, and he just naturally settled into the character."

Julian and Luke could not be more opposite. Luke is a shy, quiet kid who fears the ghosts that may or may not be lurking around every corner or underneath his bed. Julian is naturally curious and precocious and loves to talk about his adventures on sets or his favorite movies.


Julian's mother says he grew up around actors and on sets and even making his own short movies and fake trailers inspired by some of his favorite movies, like Ghostbusters and spy films.

"He'd pick the theme and the story and make the trailer," Martin says. "He would see the trailer and say, 'When can we see the whole movie?'"

Julian got into acting after booking his talent agent, Linda McAlister, who also represents his mother. McAlister says everything happened for Julian "rather overnight."

"[Martin] would go on commercials and occasionally they would need a child," McAlister says. "My commercial agent, [Linda's daughter] Molly McAlister, told her to put him on some casting sites so he could start casting for commercials, and he booked one right away for Home Depot."

A few months later, he booked his first movie role at the request of local filmmaker Augustine Frizzell in her critically acclaimed comedy Never Goin' Back, which later made the rounds at the Sundance Film Festival.

Julian Hilliard, right, and Maia Mitchell on the set of Never Goin' Back
courtesy Arianne Martin
Julian's role in Frizzell's film was small but noticeable, and he actually got to watch himself on screen even though the MPAA rating was well over his age.

"Augustine reached out, asking if he would be interested in auditioning," Martin says. "He was too young to see the movie, but he got to see his scene."

The Haunting of Hill House is Julian's biggest and most famous project. He and his family spent almost eight months on the set of the show's first season in Atlanta alternating between shooting and the on-set school where the Duffer Brothers also shot the last three seasons of Stranger Things.

"It was definitely a commitment," Martin says.

Julian doesn't bog himself down implementing the Stanislavski method or learning the ways of Uta Hagen. He just humps into the character like the role he plays in The Haunting of Hill House.

"I kind of knew what I was playing in the audition," Julian says. "I just try to get in those emotions."

McAlister says Julian has great instincts for the roles he plays, which is something you can't teach.

"It really is just an intuitive thing," she says. "You have to get an instinctive feel for it because that age, they're just pure and natural and being themselves. ... He’s an intuitive and instinctive actor. He picks up on what’s needed to make a scene work."

Martin says they plan to go after bigger roles for Julian, and the momentum seems to be swinging in his favor, thanks to the movie role he's already booked.

Julian, however, has his own plans.

"I want to be running from a dinosaur," Julian says when asked what his dream role would be. "I want to be in a Jurassic World movie." 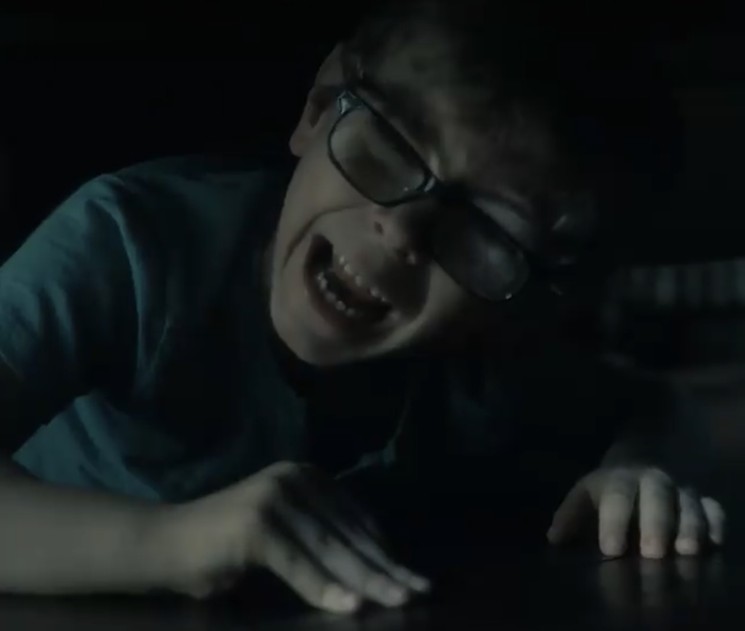