Our Favorite Black-Owned Dallas Restaurants of 2018

Dalila Thomas
(L-R) Sisters Darla McCuen, Shinita Briggs and Kim Haynes are the masterminds behind Oak Cliff bakery Kookie Haven.
Before we get into this list, let’s address the reason for highlighting black-owned businesses. After delving into the added hurdles that black chefs and restaurant owners have to deal with, we hope to have given you a better understanding of what it’s like being in the kitchen while black in Dallas. No, this list isn’t a pity pitch, but more so a resource that maps out opportunities to patronize and be a part of the solution and not the problem. From the new to the innovative to the classics, here’s a look at our top eight black-owned Dallas restaurants of 2018. 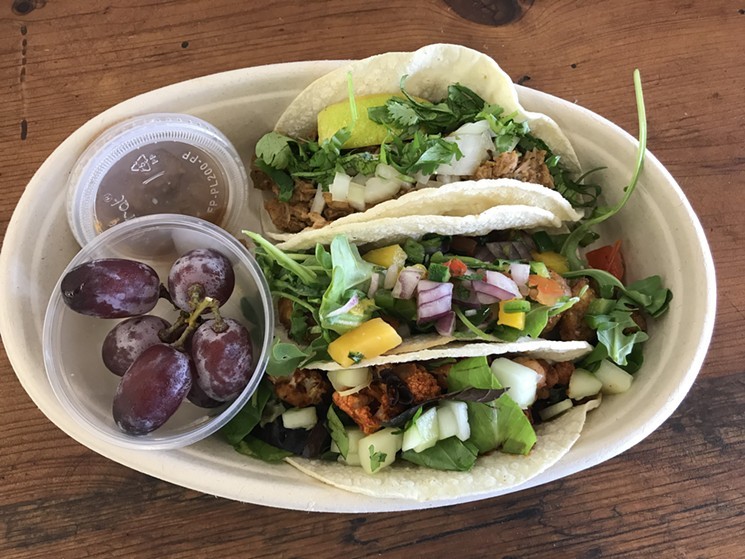 Peace, Love & Eatz' taco trio
Dalila Thomas
Peace, Love & Eatz
324 E. Belt Line Road, DeSoto
A newcomer on the Dallas restaurant scene, chef James McGee debuted Peace, Love & Eatz this past summer at the Grow DeSoto Market Place, and has been experiencing win after win ever since. The vegan spot is not only serving some of the area’s best smoothies (even enjoyed by Beto O’Rourke) but innovative takes on familiar dishes that are packed with flavor, sans meat. Da Munchies' vegan po'boy
Dalila Thomas
Da Munchies
4121 N. Westmoreland Road (West Dallas)
Vegan? No problem. Meat and dairy lover, they got you. We’re talking about Da Munchies, a comfort food spot that seemed to have emerged out of thin air. And we’re not mad about it. Tucked away next to a cleaners in West Dallas, Da Munchies’ menu caters to vegans with favorites like the po’boy made with oyster mushrooms fried to perfection, but omnivores love the Philly cheesesteak egg rolls, burgers and wings. TX BBQ & Burgers
3128 Forest Lane (Northwest Dallas)
When owner Elton Webster took over what used to be a Burger Island, he brought in barbecue — including his sacred sauce that happens to be a family recipe — to create TX BBQ & Burgers. Despite being what Webster calls a barbecue-first restaurant, he’s serving up burgers that can rival some of the city’s finest. Want the best of both worlds? Get the TX Big Boy, a burger with sliced brisket and topped with all the fixin's, including an onion ring. Winners' five-meat barbecue potato
Dalila Thomas
Winners BBQ
1435 U.S. Highway 67, Cedar Hill
Winners BBQ may be too young to be considered a classic right now, but they’re well on their way. Owner DeAndre Jackson has not only created an atmosphere centered around success, he’s successfully mastered the art of the dry rub — making sauce optional or even obsolete. Hungry-hungry? Try the five-meat potato and cancel your plans for the rest of the day. The "itis" will more than likely take over.

Daddy Mac’s Chicken
1050 N. Westmoreland Road (Oak Cliff)
The debate over who makes the best fried chicken is a popular topic in the black community, and Daddy Mac’s Fried Chicken often pops up on that list. The restaurant, run by Gary McMillian, has been open for more than a year now and is serving up classics like wings and fries, along with not-so-traditional items like boudin balls and “Sugar Mama” sweet potato fries. 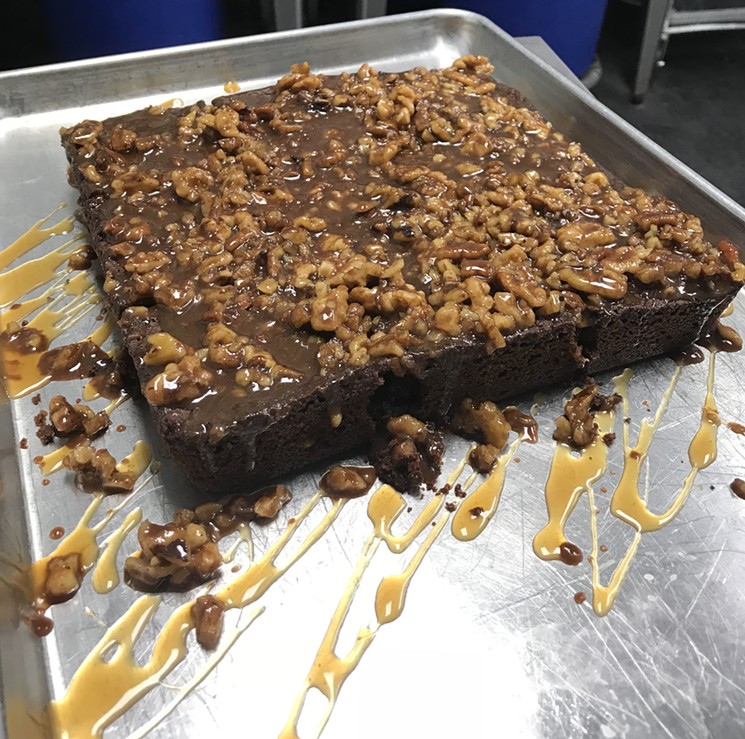 The brownie at Kookie Haven
Dalila Thomas
Kookie Haven
337 W. Jefferson Blvd. (Oak Cliff)
Once you set foot in Kookie Haven, consider yourself family. Not only will you feel at home, the treats they’re serving will remind you of those your grandma used to make. From the cookies to the brownies to the cookie-cupcake hybrids, you really can’t go wrong. Kookie Haven is also staying ahead of the curve by offering vegan options are just as sweet as the rest.

Catfish Floyd’s
710 Ann Arbor Ave. (South Dallas)
Catfish Floyd’s is a city staple that’s far from new. Floyd Bean was in the restaurant business for decades before his passing last December, and it’s safe to say his legacy lives on. From the State Fair of Texas to Catfish Floyd's South Dallas location, the no-frills, well-seasoned fried catfish — whether you’re getting filets or whole fish — keeps people coming back in droves.