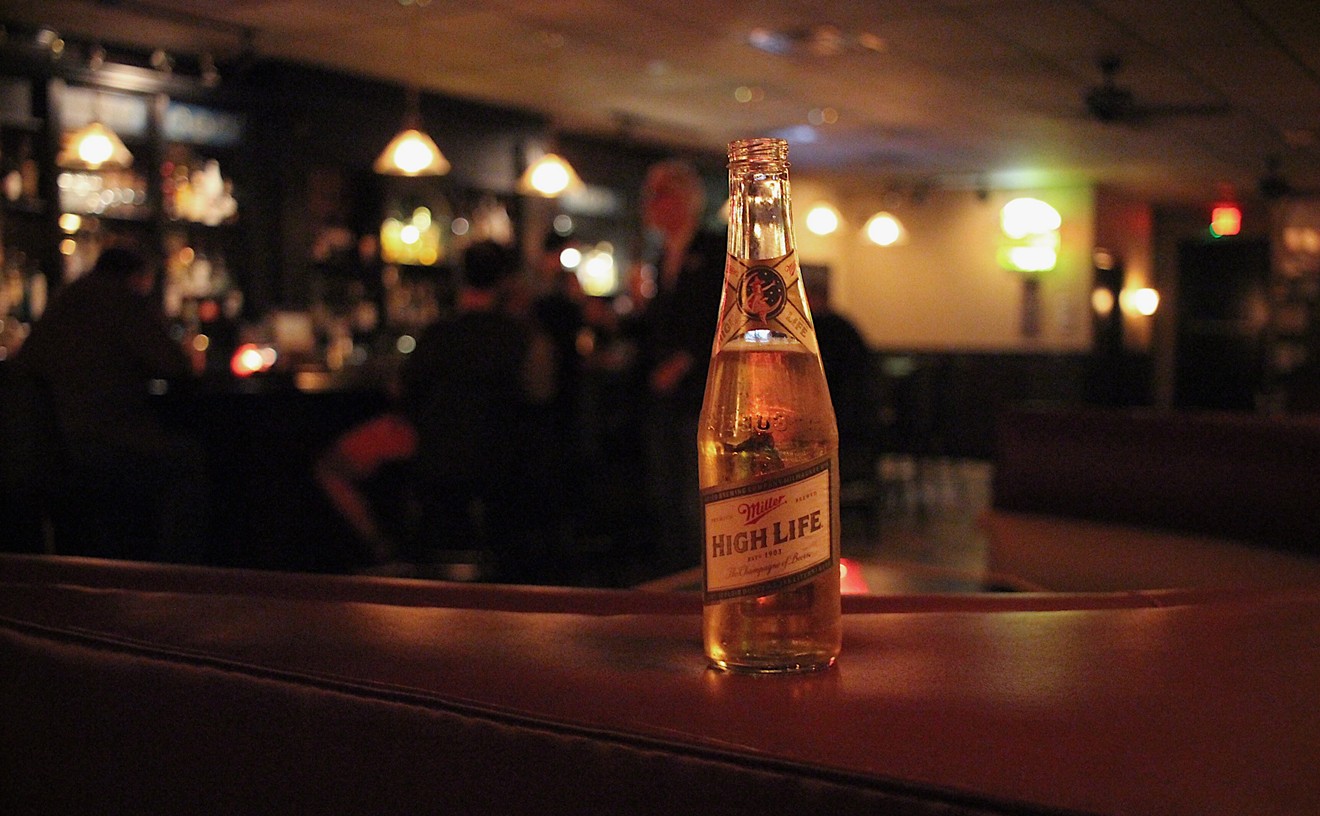 Susie Oszustowicz
What else does one drink at a dive bar if not the Champagne of beers?
Mike's Gemini Twin opened this weekend in The Cedars just south of Dallas Farmers Market. It's being called Dallas' newest "dive bar," but we don't know if we can call it that — and neither do the owners, who know that label is earned, not manufactured. And it is, undoubtedly, either the nicest dive bar — or the diviest nice bar —we've ever been to. Expect to find brand-new everything (including a new fireman's pole), a pool table, darts and clean-as-a-whistle bathrooms, but don't look for menus, food (aside from chips) or pretension.

Sam Wynne and Pasha Heidari, the men behind Bowls and Tacos/BrainDead Brewery and Bowen House/soon-to-open Las Palmas (respectively), were brought together by Sam's father, longtime Dallas restaurateur Shannon Wynne. It was, in essence, an arranged marriage business merger. While both men come from longtime Dallas restaurant royalty, they're continuing to blaze their own trails on their terms.

The men, in business and in appearance, couldn't be more different. 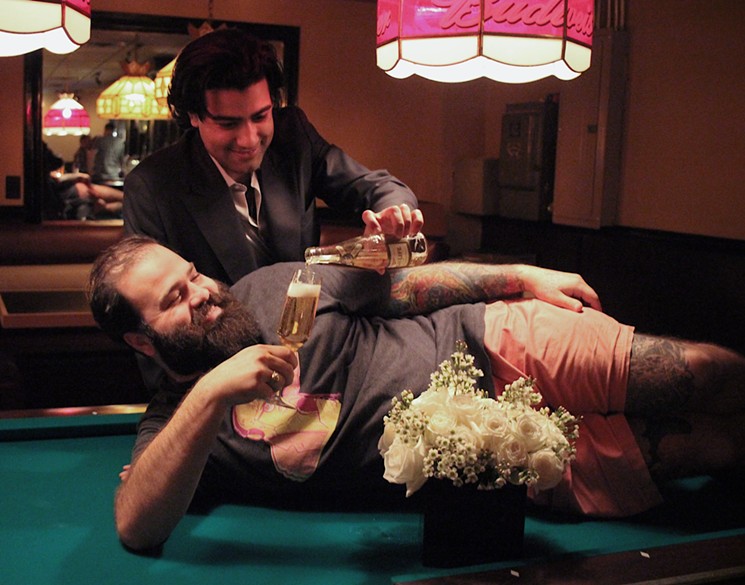 Heidari and Wynne are trying not to take themselves too seriously with Mike's, and it shows.
Susie Oszustowicz
"Pasha and I have bar skills that are different from one other," Wynne says. "I am decided(ly) messier and sloppier than Pasha in the way I go about things, and Pasha is very tidy and elegant. So I try to bring that back from him and he takes my sloppy and jazzes it up a little bit. He's got the elegance, and I kept it a pub."

The men wanted to bring Dallas somewhere to relax, a self-described "Moe's meets Cheers." You know, a quiet spot primed for shots-and-beer combos and one-and-one drinks with a side of checkers. But why the location?

"The Cedars is what it is, and it's a place for people to go to be 'them,'" Wynne says. "It's where Uptown people and Deep Ellum can feel comfortable getting out of their neighborhood and we can all intermingle."

The name Mike's Gemini Twin honors a classic Dallas movie theater, the Gemini Drive-In, but also takes a jab at a neighborhood establishment. (For those who know the 'hood well, make sure to ask Sam or Pasha when you stop in — because they'll likely be there.) 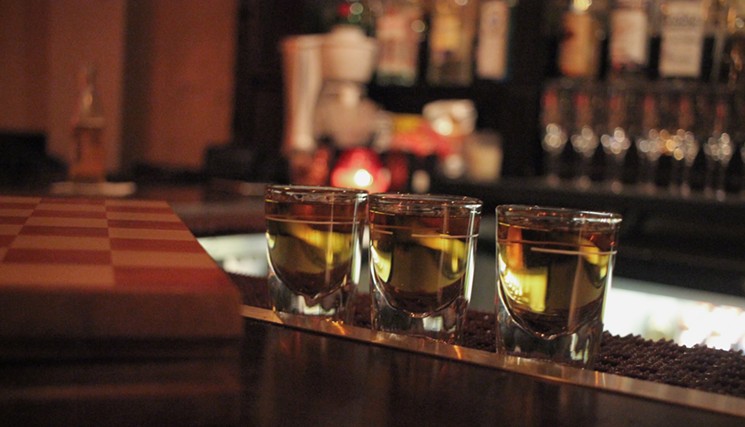 Line 'em up.
Susie Oszustowicz
The bartenders qualify as more than just mixed drink slingers and chin waggers; they also make a mean classic cocktail. And looking forward, they'll be rolling out themed cocktail nights highlighting anything from Rusty Nails to Appletinis. You know, to keep the neighborhood guessing. And really, who doesn't want to indulge in a White Russian from time to time?

In the end, you'll have to see for yourself to decide its "dive bar" classification. Whatever you call it, we like it.