wildpixel/iStock
Dallas police charged L'Daijohnique Lee, the woman allegedly beaten by a Deep Ellum bartender in an incident caught on video almost two weeks ago, with felony criminal mischief Thursday afternoon. Lee is accused of knocking a window out of Austin Shuffield's car after an altercation in the early morning of March 21.

Lee and Shuffield got into a shouting match after Lee blocked Shuffield's truck in an Elm Street parking lot near the bar at which Shuffield formerly worked, High and Tight. In a video of the incident, Shuffield apparently brandishes a pistol. Lee then tries to call 911 and Shuffield slaps her phone out of her hand, causing Lee to shove Shuffield. After being shoved, Shuffield can be seen on the video punching Lee five times.

Officers charged Shuffield with interfering with an emergency call and misdemeanor assault. Last week police issued an additional charge against the bartender for carrying a gun without a permit and referred an upgraded aggravated assault with a deadly weapon charge to the Dallas County District Attorney's Office. 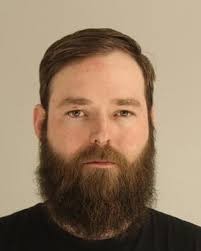 
Lee is being charged for what happened after the alleged assault. According to police, she broke the window after being attacked, causing more than $3,000 worth of damage to Shuffield's truck.

"She did admit to (breaking the window) on three different occasions during that night," Dallas Police Department Deputy Chief Thomas Castro said.

"A black woman alone in a dark parking lot is stalked, harassed and assaulted by a white male," Merritt said on Twitter. "He brandishes a gun, knocks away her phone when she tries to call for help — then beats her mercilessly with blows to the head. DPD just found a way to charge HER with a felony."

Castro said that the department expects protests in light of the decision to charge Lee.

"We hope that they do so peacefully," he said. "We understand that there are some people who are upset. It's not the intention of the Dallas Police Department to be on one side or the other."