Brian Sevald
Police are investigating the death of Chynal Lindsey, a 26-year-old transgender woman who was found dead Saturday at White Rock Lake. Lindsey is the second black transgender woman to be killed in Dallas in less than a month.
Dallas police have arrested the man they think killed Muhlaysia Booker on May 18. Kendrell Lavar Lyles, 34, has been charged with murdering two additional, yet to be identified people in May as well.

DPD Maj. Max Geron said police began investigating Lyles after an anonymous tipster told Dallas cops that Lyles shot and killed a woman in Far North Dallas on May 22. The informant, Geron said, knew details about the shooting that only the murderer or someone who knew the murderer would have known.

As police investigated the May 22 killing, a witness told them that she'd been riding in Lyles' car on May 23 when he drove to meet someone to buy or sell drugs. When Lyles pulled up, the witness told police, he shot the person he was supposed to meet.

Police looking into the two shootings soon realized that Lyles' car was similar to the one Booker was seen getting into prior to her death.
click to enlarge 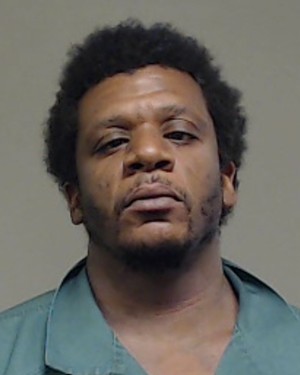 
Cops found Booker, 23, laying face down on Valley Glen Drive near Ferguson Road just before 7 a.m. May 18. Booker wasn't carrying ID, leading to a delay in her identification. Two days later, when police announced who she was, the uproar was immediate. Booker, who was transgender, had been the victim of brutal, videotaped assault less than a month before.

In the immediate aftermath of Booker's death, police announced that her killing might be connected to two recent violent attacks on women who, like Booker, were transgender. Police have not connected Lyles to those two killings, but Geron said Lyles was a person of interest in the death of 26-year-old Chynal Lindsey, who was found in White Rock Lake on June 1.

Lyles is in jail in Collin County, the county in which the first two alleged murders occurred.