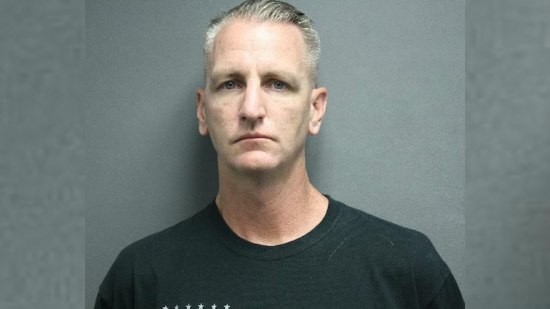 Dunn and the five other recently arrested cops had something else in common as well. All six chose to turn themselves in somewhere other than Dallas County, the county in which they were indicted, or the suburb or city in which they served as cops. Guyger turned herself in in Kaufman County. Oliver chose Parker County for his surrender. Dunn and the three SWAT cops all turned themselves in at the Seagoville city jail.


"The reason that they do it is to avoid the media, hands down." — Pete Schulte

"The reason that they do it is to avoid the media, hands down," Dallas defense attorney and former Assistant District Attorney Pete Schulte says. "I've done it. I've done it for clients because anytime that a high-profile defendant comes through there, someone is going to call their buddy and they're going to call the media and then all the sudden there's going to be cameras waiting for them all night long."

The reason some high-profile clients — including one of Schulte's, former Dallas City Council member Kevin Felder — end up having to go to Dallas County Jail to make bail and a perp walk comes down to the judge who signed the warrant for their arrest.

If the judge sets the accused's bail when he or she signs their warrant, the defendant can turn him or herself in at any jail in Texas, including city jails like Seagoville's, go through the booking process as a bondsman simultaneously takes care of their bail payment at the Dallas County jail and be released. If the judge signing the warrant didn't assign bail, Dallas County defendants who turn themselves in anywhere other than the Dallas County Courthouse put themselves at risk for spending more time in custody than they would otherwise.

"Let's say that Kevin Felder had turned himself in to Highland Park jail. He would have been seen by a judge probably at 7 a.m. the next day after he turned himself in," Schulte says. "That judge can set whatever bond they want, right? He could've set that bond at $100,000. At that point the client has two options: One is pay the $100,000 bond, which is ridiculous on (something like Felder's hit-and-run charge) or get transferred to Dallas County, get re-arraigned and have their bond adjusted to what the bond schedule says."