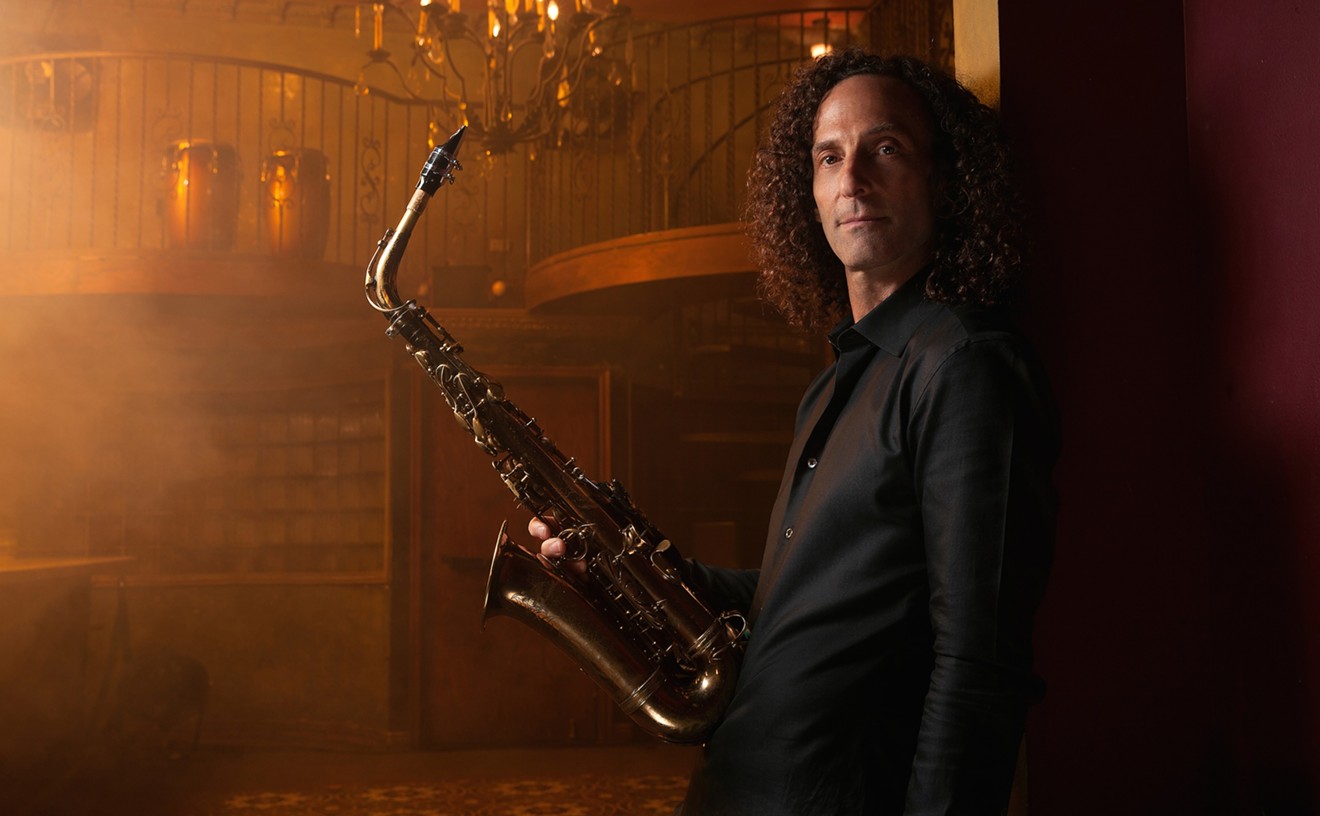 Say what you will about Kenny G, but the guy is one of the most disarmingly nice people you will ever have the pleasure to talk to, and he doesn't really care if you have anything negative to say about him.

"I may not be a person like Taylor Swift or Beyoncé or Kanye who's getting tons and tons of views and all the exposure that these guys get today," he says. "But that doesn't mean that there's not a huge amount of people that do listen to my music. They're out there."

With over 75 million records sold around the world in almost four decades, Kenny G's undeniable popularity in the adult contemporary world is built upon the artist's dedication to his craft and his willingness to keep his own ears open.

"There's a lot of young people that don't necessarily know my music, but they recognize me from whatever. It's cool," he says. "I've been doing this a long time, and I'm just one of those lucky artists that has been able to withstand the test of time."

One of the things that has kept Kenny G's status as a cultural icon is his willingness to work with an array of artists spanning across multiple genres: Smokey Robinson, Weezer, Michael Bolton and most recently, Kanye West, after Kenny G performed a private serenade for Kim Kardashian at the West house this past Valentine's Day.


"I may not be a person like Taylor Swift or Beyoncé or Kanye who's getting tons and tons of views and all the exposure that these guys get today. But that doesn't mean that there's not a huge amount of people that do listen to my music." — Kenny G

"[West] reached out to me and wanted me to come and do that," he says. "I didn't know him real well, but I was obviously flattered. He could not have been more welcoming. Since then we've actually been in the studio working on some music together. I can't really say much else because he doesn't really want anyone to talk about music before he releases it. Just suffice to say that we're collaborating on some things, and nobody knows what's going to happen."

Aside from the artists who reach out to him, Kenny G doesn't spend a lot of time listening to music from today's pop charts outside of what his sons bring to his attention — like Post Malone, whom he says he likes.

Instead, Kenny G spends his time diving into great saxophone players from the 1950s and '60s like Stan Getz, Sonny Rollins and John Coltrane, always learning and always striving to hone his craft.

"Say John Coltrane's playing one of the solos, and I hear him play a complicated passage," he says about his learning process. " I might want to learn those notes and see what it is about those notes that I liked as I play them. Do I still like the way it sounds if I'm playing them and maybe I might want to change it. I just develop new ideas and more repertoire for playing by listening to other people."

It is honestly refreshing and inspiring to hear that an artist of Kenny G's stature is still willing and capable of learning more about his instrument. Kenny G has spent 50 years practicing his iconic soprano saxophone, that he has played since high school for three hours every single day and has played with the same musicians for almost 40 years. He's understandably confident in his ability to put on performances that defy expectations.

Filled with uptempo pieces, virtuoso guitar and drum solos and a momentum that builds over the course of the night's musical journey, Kenny G's upcoming concert at Winspear Opera House on Wednesday is sure to surprise even the most skeptical of patrons.

"Every song, over the years, I've figured out what is the right time to have a moment where it's really romantic and the right time to hit them with something that they wouldn't expect," Kenny G explains. "It's a framework. Every night, as I'm playing, I'm reading the audience and feeling the vibe."