After Struggle and Hardships, Dallas Band As Strange As Angels Hits Billboard Chart 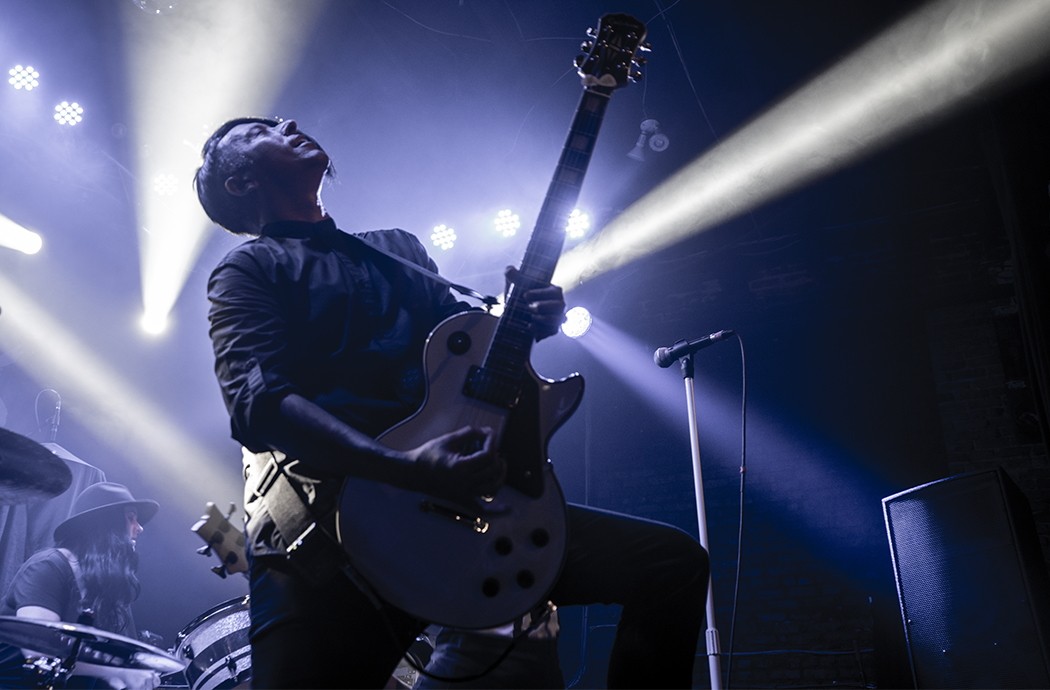 Rockwall Anderson
As Strange As Angels' Norman Matthew found being humble helped him gain success in music.
In 2016, Norman Matthew made the inexpedient but admirable decision to leave music behind and focus on being a father.

This was no small change. Matthew was vocalist and guitarist for Dallas rock band Murder FM, and while they weren’t selling out Carnegie Hall, he still exited when they were on a considerable rise. In the early '10s, they were playing Los Angeles clubs that many artists consider rites of passage: The Roxy, Whisky a Go Go and the Viper Room. They were also sharing bills with the likes of Rob Zombie and Deftones and even did a remix with Tommy Lee after making a fan out of him.

Imagine leaving all this behind to raise a 2-year-old boy and go through an ugly divorce and custody battle, as Matthew did. Lesser artists might chuck their creative life. He channeled his emotional trauma into his latest band, As Strange As Angels. So far, the move has paid off nicely.

The project’s self-released 2019 single “Miracle” reached No. 23 on Billboard’s mainstream rock chart, landing in the same company as the Black Keys, Slipknot and Weezer. They have found themselves on the radar of some of the largest talent agencies in the entertainment industry. Their singles have been in circulation on hard rock and alternative radio stations in major media markets outside of Texas.

“We’re like the little indie band that could,” Matthew says.

In September 2016, seven months after Murder FM’s split, he met drummer Michelle Graves, who also is a multimedia account executive for the Observer. Graves was initially reluctant to work with Matthew, at the time a complete stranger with mutual friends, but his continued insistence eventually led to a tight relationship.

“We’ve been great friends ever since,” Matthew says. “I trust her in a way that I don’t trust a lot of other people. It was super uplifting, and I can’t see myself doing this without her.” Drummer Michelle Graves left Nashville's music scene after finding it offered her little support.
Rockwall Anderson
Like Matthew, Graves is also a music industry veteran. Before she became a respected fixture in DFW’s alternative rock/metal scene, she honed her talents in Nashville while working at Warner Chappell Music.

“I was just at that wall where I didn’t feel supported by the community of Nashville, and I didn’t find what I came there to find,” Graves says. “When I chose to move to Texas, I was in the same boat as [Matthew]. I had given up on music. I was just kind of done.

"I’ll be an avid concertgoer for the rest of my life, but something that had broken my soul was not something I wanted to do again.”

Yet Matthew and Graves could not truly be separated from their craft. In addition to As Strange As Angels, they both work at local music school The Sound Foundation, which Matthew founded, and Graves is on the board of directors for Breast Cancer Can Stick It, a nonprofit started by fellow drummer and breast cancer survivor April Samuels.

While As Strange As Angels ultimately centers on Matthew’s life, he and Graves both met at the right place at the right time and had each other’s backs as they dived back into the music industry. Despite Neil Young’s famous warning, “Once you’re gone, you can never come back,” Matthew and Graves came back and have made even more strides on a personal and professional level. They also made it to the other side as more introspective individuals.

“I came from a band that had a bunch of record deals, and I got knocked off my big soapbox,” Matthew says. “Along the way, [I] found being humble as being a gift, and just being vulnerable and reinventing myself is what propelled [our success].”