Some Freaky-Ass Phantoms Are Spooking Downtown Plano This Halloween Season 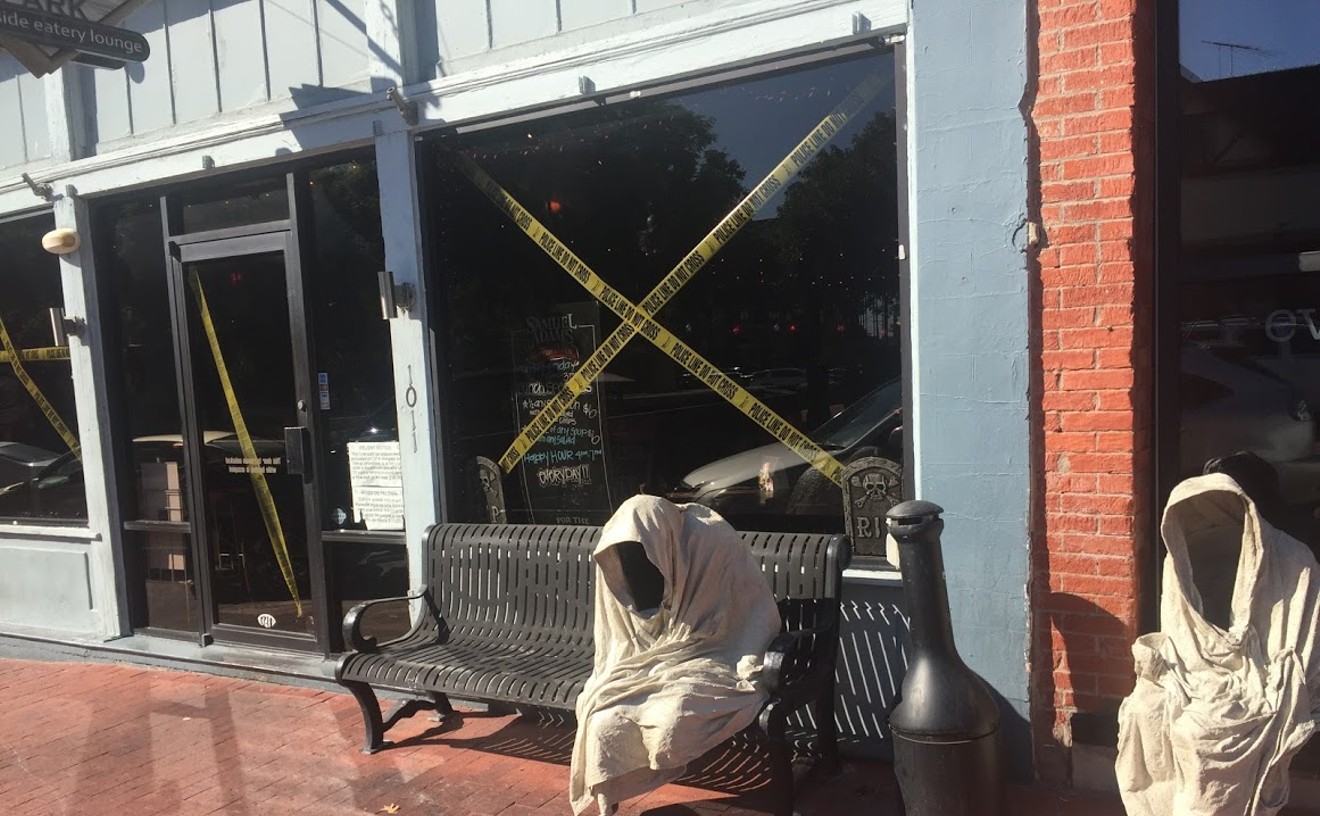 Micah Moore
Sad Keanu, is that you?

A group of phantoms perched in Plano will soon disappear off the downtown streets that they’ve been haunting all month. The figures are gray-beige characters slumped on benches and stooped on ledges, pieces of public art created by Plano artist Brad Stewart.

Today, the eerie silhouettes ( which Stewart created by using models to create their casting), help promote the ghost tour held by Plano Arts. Apparition Expedition is an annual tour that tells the tales of ghost sightings, unexplained events and crime scenes that haunt homes and buildings. The October event is a historical tour of the mysteries that haunt Plano’s past.

The phantom menace in downton Plano.
Micah Moore
For the third consecutive year, the phantoms have lurked in plain sight throughout the month to add an eerie effect in the suburb's downtown area — through the spooky season.

But these phantoms date back to 2000, when Stewart married his wife Karen and they visited the Castello di Vezio, an Italian castle home to plenty of ghost-like hooded figures.

“The phantoms were void. They’re there, but they’re not there,” Stewart told Plano Magazine last year. “When you look inside them, your mind wants to fill the gap with someone who is inside of there.”

His friends and family serve as the models for the concrete sculptings.

“Ironically, the phantom itself takes the shape of the person who was once there,” Stewart told Plano Magazine in the same Oct. 17, 2018, article. “Their mannerisms and natural poses are captured.”

A friend of Stewart’s, Luke Shertzer, was the mold for one of the early phantoms, and Shertzer started placing his figure and others downtown during wine walks. Before long, Michelle Hawkins, director of Plano Arts, Culture and Heritage, wanted them to appear each year.

The drab specters also appear lifelike during those haunted tours held each year. Mark your calendars to experience the ghostly spirits and strange phenomenons of Plano. We're hoping that the city will be cool enough to keep their phantoms up year-round. Be cool, Plano.
click to enlarge

The ghostly figures scaring Plano residents will be down after Halloween.
Micah Moore