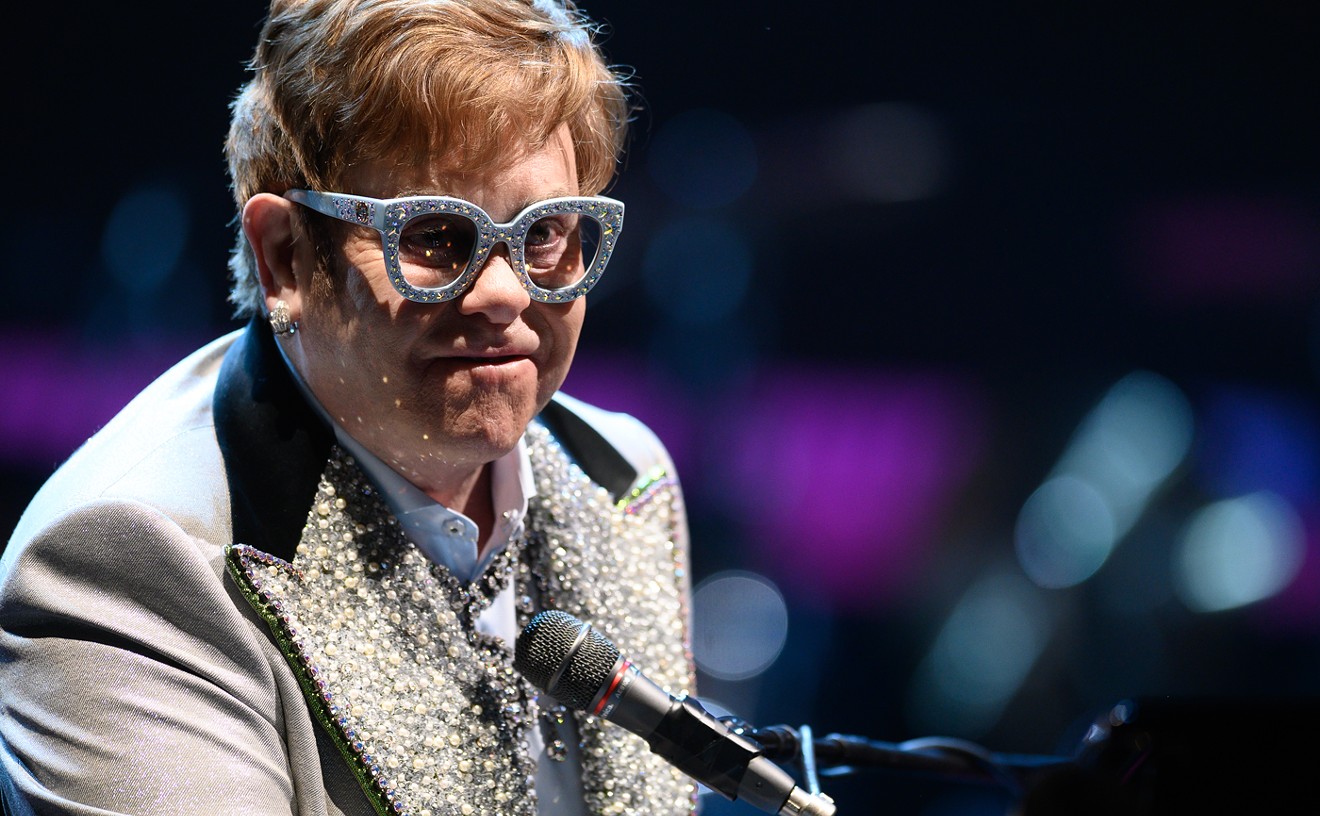 Mike Brooks
The Rocketman is back, and one of his dates will be on a "Saturday, Saturday, Saturday ..."
You'll have another opportunity, if you missed the first one last year, to catch a rock legend in person on a farewell tour. The days of enjoying the intimacy of seeing a genre-bending firebrand in venues like Dada and The Bomb Factory have officially passed. You'll now need to bring the binoculars. However, as always, there are plenty of smaller-scale shows popping up that you'll surely want to lock in on the calendar. All of the details ahead in this week's concert announcements.