A Popular Skateboard Shop is Soon to Open in Deep Ellum. 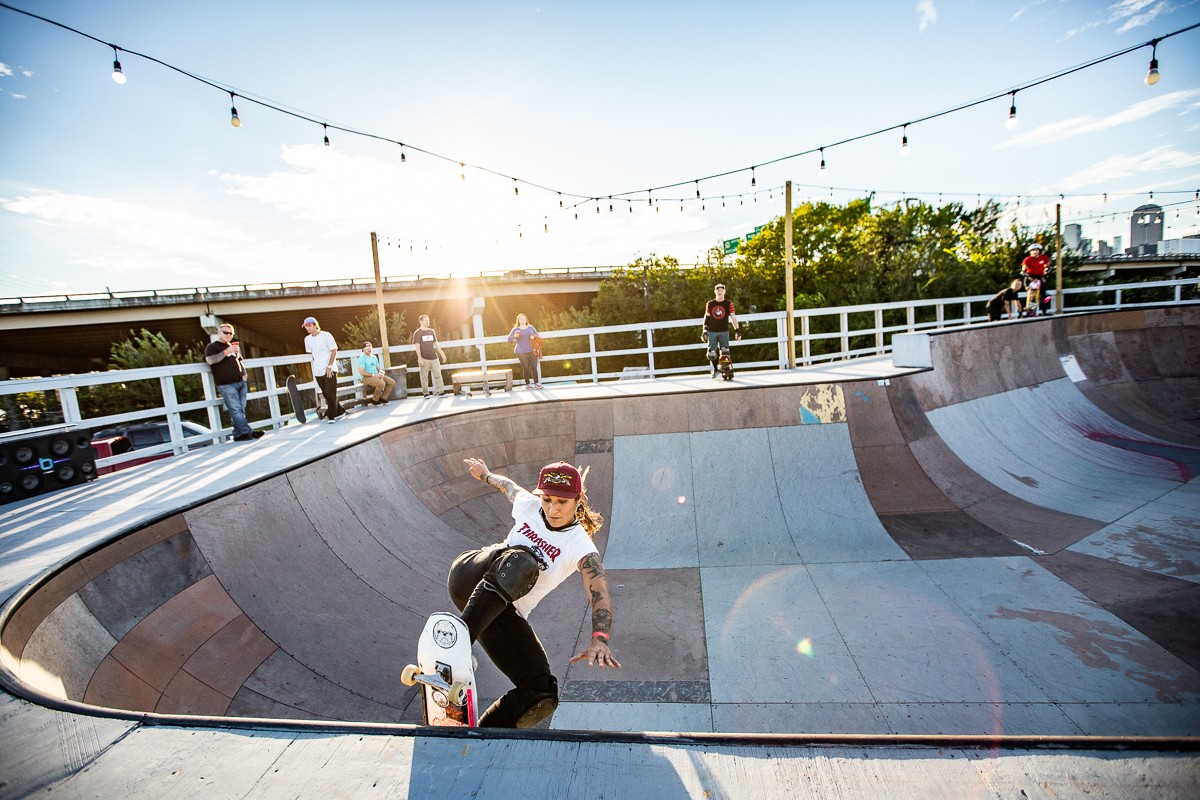 Melissa Hennings
Sk8erbois and girls will now have a shop in Deep Ellum.


There’s no secret that Deep Ellum has had its fair share of facelifts over the years. One constant trend is the opening and quick closing of stores — whether it’s an old staple being forced out because of high rent, or newbies who didn’t do their market research.

Sans the hit or miss factor, Deep Ellum has become the dream location, which has many big names are importing their business to the neighborhood — fashion included. The most recent opening is Huf Worldwide, a brand based in San Francisco, which has set up shop at 2646 Main St. With the tagline, "Made for skateboarders, by skateboarders," it’s easy to see why HUF Worldwide chose the arts district for their newest store.

Keith Hufnagel moved to San Francisco in 1992 to pursue his passion of skateboarding and quickly turned professional. Amid his success, Hufnagel wanted give back to the community, so he opened a small boutique on a block of San Francisco's Tenderloin District with the sole mission of supplying customers with the most respected brands the skateboard/streetwear/sneaker communities had to offer. That shop was named HUF.

“People can expect everything they would expect when they go into a skate shop, but also understand this is a flagship store for one of the most influential skate brands in the world." — HUF store manager Nicholas Brent

After being in the footwear/fashion industry for over 10 years, Brent stresses the importance of hiring locals in an area like Deep Ellum — or anywhere.

“Being able to bring on locals to actually work in the store has been very important,” Brent explains. “I understand starting a community around the brand is very important, as well as hiring people who are reflective of the brand’s identity. It gives locals the opportunity to be involved in the business. It stimulates the local economy while also providing these companies with insight, as well as an authentic vibe and credibility that’s needed in all fields.”

With only a handful of clothing stores in Deep Ellum, HUF Worldwide (which will have a soft opening on Dec.5) will bring an array of options including boards, tees, hoodies, shoes, accessories and more to locals and roaming tourists.

“We’ll be providing people with some really functional, cool product that they can skate in and wear casually,” Brent says. “People can expect everything they would expect when they go into a skate shop, but also understand this is a flagship store for one of the most influential skate brands in the world. This is the temporary location. We will open up a permanent location a couple doors down on the same block in March. The decision to open the temporary location was to get people familiar with the brand being in Dallas.”