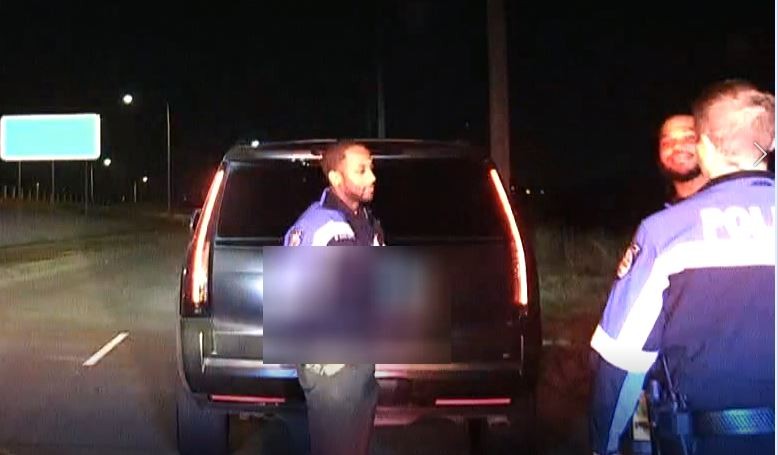 The story, according to FPD, begins with a routine patrol on U.S. Highway 380 on Tuesday evening. An officer spotted Woods speeding and changing lanes without using his signal, according to an arrest report. The officer followed Woods to the 15500 block of Dallas Parkway and pulled him over.

The FPD officer — stop us if you've ever heard the police use this line before — "detected a very strong odor of marijuana emitting from the vehicle" — so he called for backup. Woods, according to the officer, was glassy-eyed and slow to respond to questions.
click to enlarge

All told, the pot totaled less than 4 ounces. Had he been stopped in Dallas County, that amount would've left Woods eligible to be cited and released. Collin County gives its residents and visitors no such leeway.
To add insult to injury, officers tacked on a felony tampering with evidence charge, because Woods put the joint he was apparently smoking before getting pulled over in a water bottle in his car. While one could see that as Woods showing the officer a little courtesy — he said that he was just "trying to do right" by putting it in the water bottle — the officer did not.

Woods, 26, who has played in eight games this season, has missed the last two games with an MCL sprain.