All About Our Dallas Observer Music Awards Ceremony 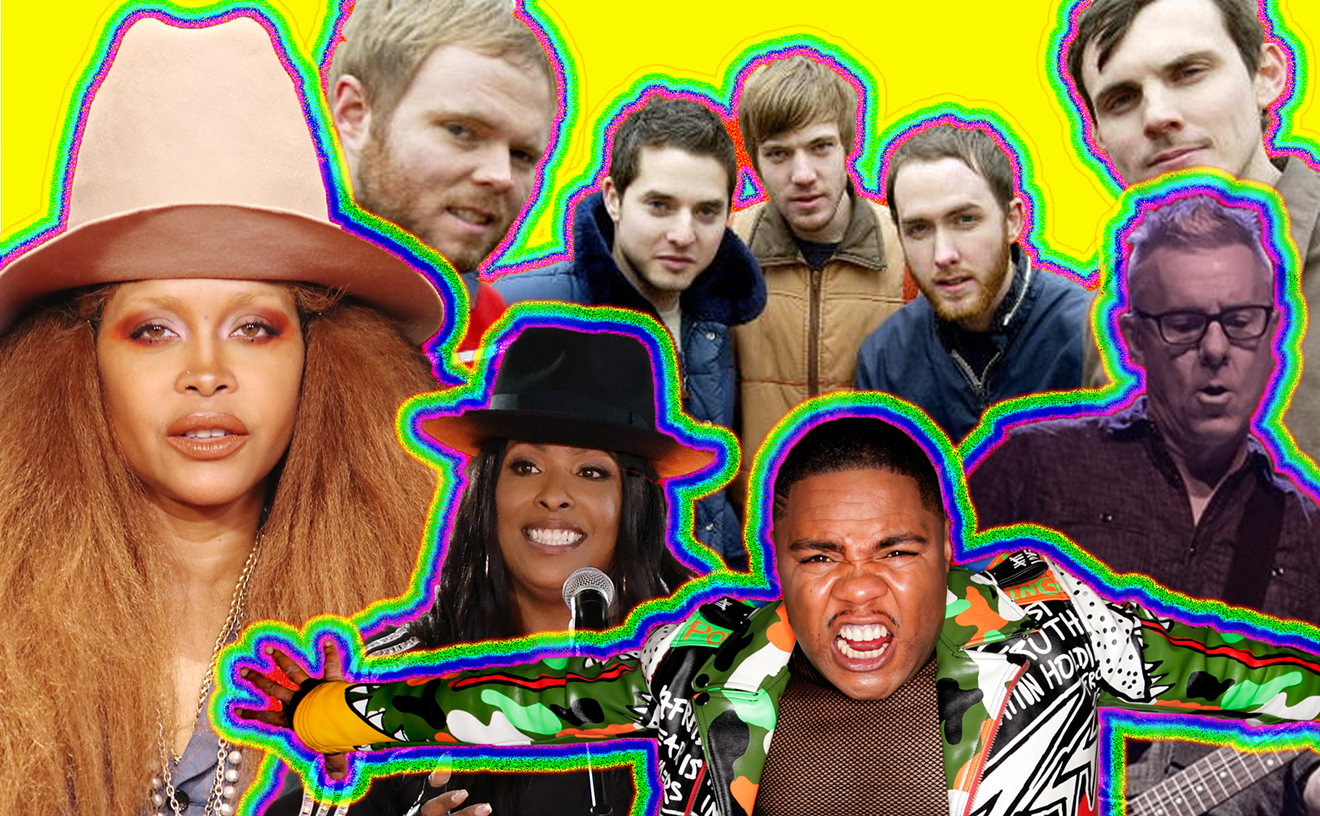 After all, while this was a sad year in North Texas culture, it was a great year in music. Some may be late to this discovery, having only been led recently to the greatness that is our local music scene by the cherubic tattooed face of pop-rapper Post Malone, or by the country-blues twang of troubadour Charley Crockett resonating off the walls of the Grand Ole Opry. Either way, all roads lead to North Texas music. Except I-35, because it’s backed up.

Deep Ellum, the Dallas area now known for its live music, congested traffic and crime, was once known for its live music, gambling, and crime. Clearly not much has changed, least of all the level of local talent, as there's something in the water in the Trinity River. In the early century, blues greats like Bessie Smith played the streets of Deep Ellum, forever altering the neighborhood’s ethos. It became a landmine of explosive music, men and women — and that seminal, rebellious essence has remained unchanged for a century, no matter how many bros ride scooters on the way to brunch.

Midlake will perform at the awards ceremony.
Dylan Hollingsworth
Yes, blues PHds, we know. You’ve heard the tales before. You were even there when Lead Belly met Blind Lemon. You even heard “Deep Ellum Blues,” long before the Grateful Dead or Bob Dylan or even Jerry Lee Lewis ever performed the song. This is for the newcomers, particularly those who don’t get enough screen time at home and work and go to Bottled Blonde to stare at 1,000 TV sets playing simultaneously.

In 1988, the first DOMA nominees included Edie Brickell and the New Bohemians and Rev. Horton Heat. Back then, we were also honoring classical musicians, and the ballot appeared in our print issue, to be filled out and mailed in by readers. In 1997, we nominated the Old 97’s in several categories, as well as the Toadies. Both were up for Best Act Overall. In 2004, Eisley, Polyphonic Spree and Erykah Badu were on the ballot.

15 years later, Badu is being honored with a Lifetime Achievement Award at this year's DOMAs. She may still be under the age of 50, but Badu accomplishes more in a week than the rest of us in a decade.


15 years later, and under the age of 50, Badu is being honored with a Lifetime Achievement Award at this year's DOMAs.

Every year in recent memory, a varied panel made up of dozens of tastemaking industry experts receives an empty ballot and fills it out with their suggested nominees. After these have been tallied, the nominations are announced. The nominated acts play a yearly showcase, a small music festival that takes place in one night, across several Deep Ellum venues. This year’s showcase takes place on Dec. 7, and includes over 40 acts, like rapper Ravs, Fort Worth garage-surf rock band Mean Motor Scooter and a joint performance by the Kwinton Gray project and Cure for Paranoia.

The winners, who will be announced at the ceremony, were decided via a group of judges who met and deliberated after a long period of sequestration over drinks at a happy hour meeting. The judges were divided into groups and voted in various categories, excluding those that presented a conflict of interest.

This year’s ceremony will take place at Canton Hall in Deep Ellum and its theme is “Andy Warhol’s Factory,” because that’s where we want to live: in a silver-walled space of silver wigs and silver pillow balloons, where people on leashes came together to make art out of soup cans and urine, to be authentic or entirely artificial, living life like we're on film — all to a Velvet Underground soundtrack.

The venue will include various Warhol-inspired installations, like a projection of the film Sleep, which is, yes, a 5-hour documentary depicting a man sleeping. Various performance artists, drag queens, and a Warhol impersonator were all cordially invited by artist Hilly Holsonback. Attendees are encouraged to dress up and are, in fact, frowned upon for not doing so. There will be a Best Costume award for the most mod and Warhol-est costume.

The VIP party preceding the ceremony will be DJ’d by Best DJ nominee Wanz Dover. Hosting and opening the show will be New York-by-way-of-Dallas pop/R&B powerhouse singer Dezi 5, who’ll be performing a short medley of Badu hits. The artist, who once crucified himself at a Dallas show, says he has “tricks up his sleeve,” and we don’t even know if he’s even wearing any sleeves or much else, but there shall be tricks nonetheless.

We’re not gonna give everything away, because our moms told us to save something for the imagination or else you won't buy the cow or something, but if that's not enough, there are still other surprises.

The DOMA ceremony is free, with limited public attendance available.