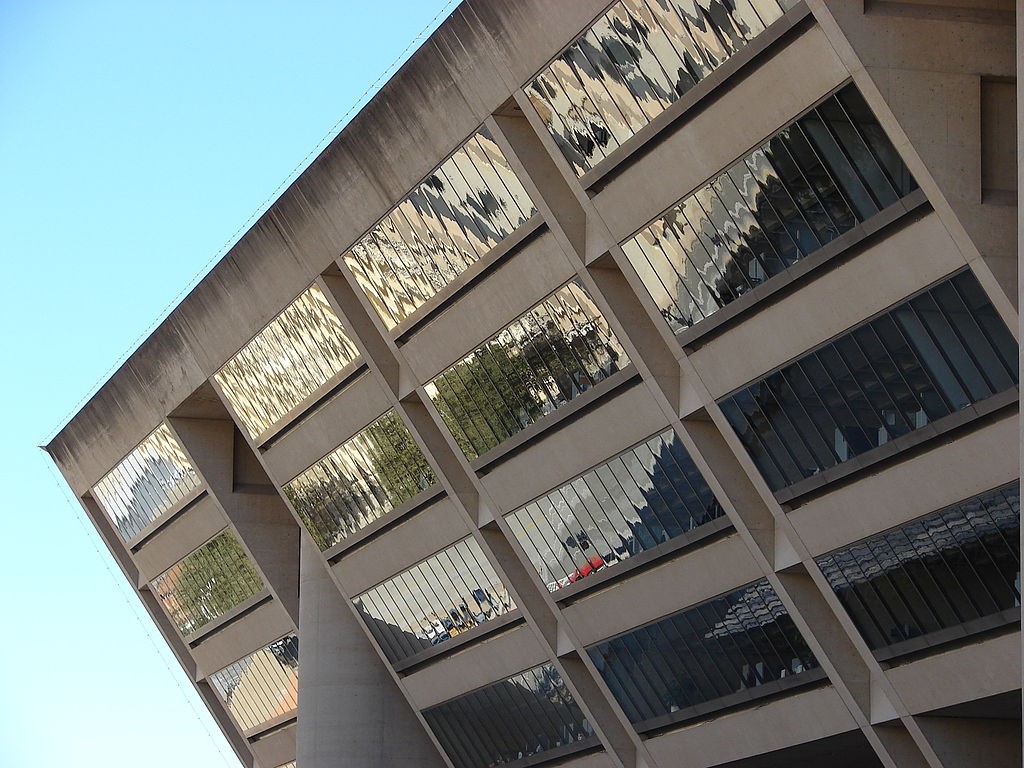 Wiki Commons
Dallas City Hall — soon back to being a 9-to-5 kinda place, it seems.
Two years after pushing one of its weekly meetings to the afternoon to better accommodate residents who can't easily get off work on Wednesday mornings, the Dallas City Council is one step away from moving all of its City Council meetings back to their traditional 9 a.m. start times.

Monday, the Council's Government Performance and Financial Management Committee voted 4-3 to recommend the change to the full City Council, which will vote on the amended ordinance in March.

Council member Lee Kleinman, who wrote the memo that got the time change on the committee and full council's agenda, said that the second Wednesday meetings, which started a 3 p.m., didn't make sense for his district. His constituents' average age is 62, he told the Observer via text message Monday afternoon, and frequently don't drive at night or don't want to navigate downtown at night. Add in the 12-hour days that the late meetings often created for city staff, and the meetings didn't make sense, according to Kleinman.

"We want to be able to give people an opportunity — at least once a month — to be able to attend and participate in a Council meeting without having to take off of work," former City Council member Philip Kingston said two summers ago. "The other effect that I hope we see is just increased participation, that people are more inclined to weigh in on every issue, not just the big ones."


"Taking away their only opportunity to (speak to the City Council) is really unfair." — Soraya Colli

Activists like Soraya Colli — who's fought for a number of causes in front of the Council, including paid sick leave — said it was important for Dallas residents to know they had access to city government, if they needed it.

"On a morale basis, if you want to tell a working person, someone who works 8 to 5, that has an issue that really affects them, to tell them that they need to come and speak at Dallas City Council and for them not to be able to do it because they have to work. Taking away their only opportunity to do so is really unfair," Colli said. "I don't think that they've really thought it through."