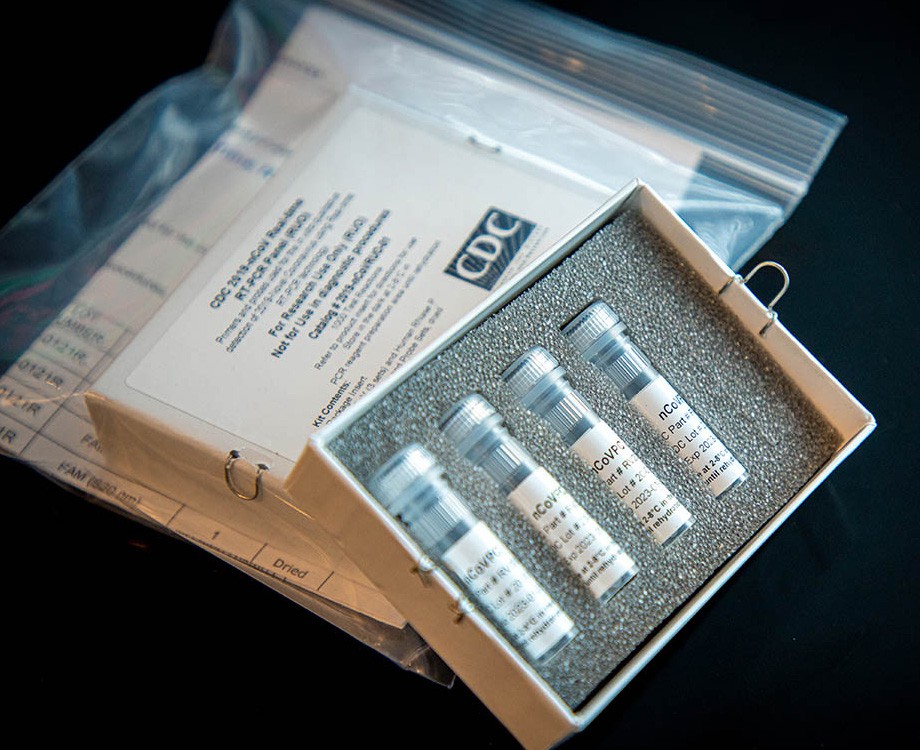 Centers for Disease Control
Texas' testing picture got a little muddier Monday.
Texas has been mixing results from test results for active COVID-19 infections with numbers from another test for antibodies that shows whether those tested had the disease anytime in the past, according to a news report. The result is further muddying of the flood of numbers used to measure how well the state is responding to the coronavirus pandemic and whether the time is right to reopen the economy.

Speaking at a news conference Monday after he announced plans to allow more businesses to reopen during the pandemic, Gov. Greg Abbott denied the state was mixing test results. The leader of the Democratic caucus in the Texas House, meanwhile, said Texas was doing just that.

“It is terrible. It messes up everything,” Ashish Jha, the K.T. Li Professor of Global Health at Harvard University, told The Atlantic earlier this month, after Virginia got caught combining its two sets of tests results.

Combining tests for active infections and antibody tests makes testing data impossible to interpret, according to Jha. That doesn't mean the Texas Department of State Health Services hasn't been doing it.

Over the weekend, the Texas Observer reported that Texas' testing data includes both kinds of tests. DSHS confirmed the Texas Observer's report but didn't tell the magazine how many antibody tests were included in the data or how many positive cases in the state's count came from antibody tests. Both the counts of tests administered and positive cases could be screwed up.

At a news conference Monday afternoon, Abbott denied the state was mixing the tests.


"The answer is no, they are not commingling those numbers." — Greg Abbott

"The answer is no, they are not commingling those numbers," the governor said. "Those numbers will be provided separately."

DSHS did not immediately respond to a request for comment or clarification from the Dallas Observer.