Raul Rodriguez
East side of the "Season and Rhythm/Estaciones Y Ritmo"
The measured ka-thunk of cars passing overhead and a summer breeze funneling through the underpass was a fitting stage for the unveiling of an art project titled “Seasons and Rhythm/Estaciones y Ritmo” Saturday morning.

A group of community leaders, neighbors, police officers and firefighters gathered for the ribbon-cutting ceremony at the southwest corner of Kessler Parkway and Sylvan Avenue. Joggers glistening with sweat in the morning sun lingered long enough to figure out what the fuss was about before politely cutting through the crowd.

It was four years ago that Oak Cliff dweller Kate Bouchillon had the idea to add some color to the Sylvan-Interstate 30 underpass.

“My husband and I noticed an increase in pedestrian traffic along the underpass, and we thought our neighborhoods of West Dallas and Oak Cliff deserved better as the gateway between our communities,” Bouchillon says.

Bouchillon attended grant workshops, met with more than 50 people and many neighborhood groups to pull the project together. Specifically, the Fort Worth Avenue Development Group helped Bouchillon lay the groundwork for fundraising efforts and permits. 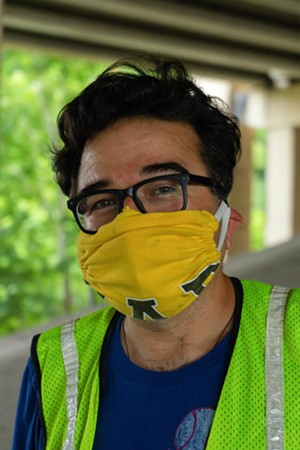 Artist Fred Villanueva
Raul Rodriguez
The end was a sprint, not a jog. Mid-May, Bouchillon had just 30 days to complete fundraising, which was spurred along after developer Sylvan | Thirty offered a $25,000 dollar-for-dollar match.

Then, the volunteers and artists completed art, from power washing, clear coat and finished work, within one month.

It was last November, however, that Bouchillon met with Dallas native Fred Villanueva of Ash Studios. Villanueva, who was raised in Oak Cliff and graduated from Booker T. Washington High School for the Performing and Visual Arts, has worked on large-scale paintings, sculptures and time-based installations around the world, including New York City, Spain, The Netherlands and, more recently, New Orleans.

“It wasn’t a typical mural, this was painting on columns,” Villanueva says.

Adding another layer of challenges was that this was a community project in a public space during a pandemic. But, Villanueva says the timing was perfect.

“A lot of my work is cathartic, and this project was almost like a community-based catharsis," Villanueva says. "We might be social distancing, but being outside in nature, walking through the neighborhood, riding a bike, that’s not canceled. This project allows us to become more mindful of our immediate environment that we usually just drive by.” 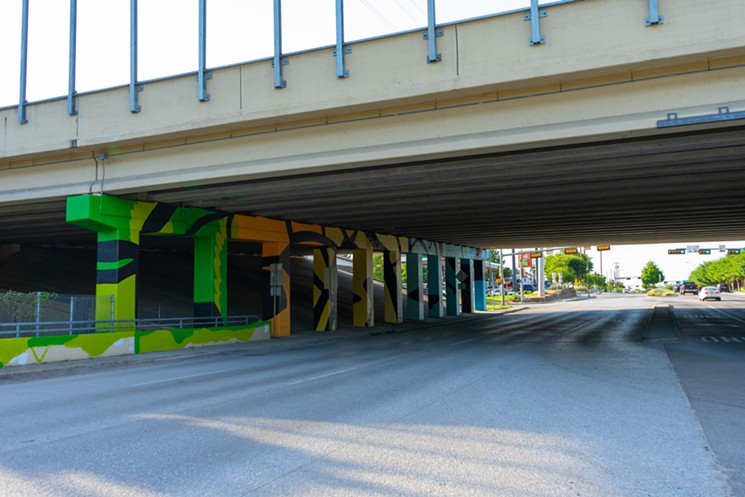 West side of the "Season and Rhythm/Estaciones Y Ritmo"
Raul Rodriguez
Despite his work around the world, Villanueva says he was inspired by the grassroots and community-based organizing involved in this project.

“It really is a great example of the essence of public art,” he says. “We have more control over our communities than we think we do. I’ve become so much more mindful of that."


Villanueva collaborated with local artist and Oak Cliff resident JM Rizzi to complete this series that seeks to reflect the vibrant culture and history in Oak Cliff.

The aim of “Seasons & Rhythm/Estaciones y Ritmo,” per the press release, is to act as a “transformative passage corridor, or conduit from the exciting rhythm of developed urban reality to the peaceful, residential and natural environment that thousands of residents pass through on their daily routine. The Sylvan-I-30 Underpass Beautification aims to capture the metamorphosis from city to nature and back again.” 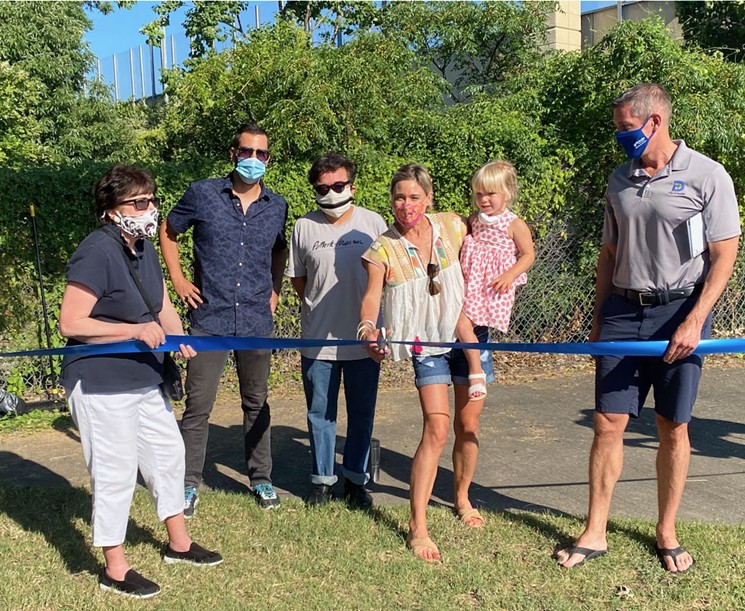