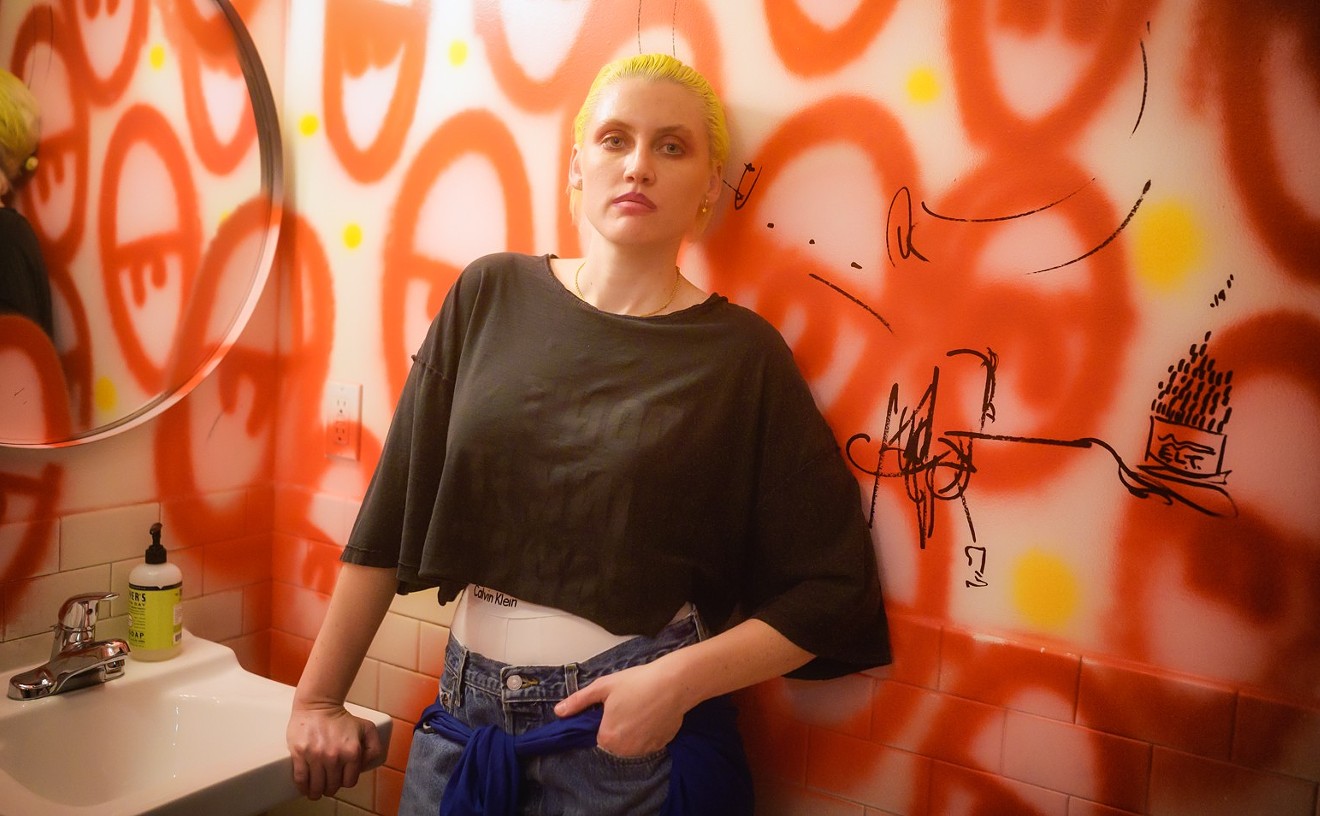 
Whether you're in your car, on a patio, at a restaurant or in your living room, there's a show for you this week. Catch livestreamed concerts from Paul Slavens and Sarah Jaffe, or try your hand at performing yourself through Poor David Pub's virtual open mic. Electronic trio Felt & Fur play a drive-in concert in Denton; Kraig Parker takes you on an Elvis adventure at Ozone Grill & Bar; and Raised Right Men play your favorite classic country songs at Jaxon Beer Garden. That's not all. Take a look at what all is ahead this week.

Whether he’s doing his experimental Kill the World set or hilarious improvisational song generator, Paul Slavens’ livestream performances are one of the highlights of our week these days. He's the longtime Ten Hands frontman and host of the KXT radio show The Paul Slavens Show, a listener-curated music program; his livestreams are substituting for his usual Monday night sets at Dan’s Silverleaf. Slavens accepts tips, so throw him a few bucks and be wildly entertained.

Singers, songwriters and musicians of all stripes can sign up for Poor David’s Pub’s weekly virtual open mics on Mondays, and listeners can sit back and enjoy some original music from many talented local artists. Donations can be made through the event’s link and will go to support Poor David’s Pub, one of the oldest live music venues in Dallas, and will also support the Kerrville Folk Festival, which has been canceled this year.

We can’t think of a better way to enjoy a delicious buffet than to a live performance from Elvis Presley himself. But, Kraig Parker, a top Elvis impersonator, will do just fine in place of The King. Tickets to this event include all-you-can-eat supper and a chance to experience the magic, the moves and the mystic of Elvis. Peanut butter and banana sandwiches not included.

Get yer squeezeboxes and head over to Jaxon Beer Garden for some good, old-fashioned honky tonk blues. For the ill-informed, that means accordions. And, really, what better way to sip a pint of suds than to the vibratious sounds of a squeezebox. Self-described Tex-Mex zydeco and honky tonk band Squeezebox Bandits will be slinging out some good Texas blues music Friday night, influenced by the likes of George Strait, Merle Haggard and Texas Tornadoes.

Sarah Jaffe is one of North Texas’ brightest singer-songwriters. Her genre-spanning music includes elements of synth pop, indie rock, folk music and hip-hop. The multi-Dallas Observer Music Awards winner’s music includes singles “Clementine” and “Summer Begs.” Her latest release, an EP titled Smut, was released last year. This show was meant to be a live concert but has since been converted to a livestream-only event. Visit the event’s website for more information on refunding or changing of tickets.

Denton-based Felt & Fur play a drive-in set Saturday night to help raise money for Armadillo Ale Works — one of Denton’s most beloved breweries. The band, which describes themselves as funeral pop and doom disco, is one of the best electronic bands in the area. The Triptych Records trio also gives some of the liveliest and most infectious performances around.

If you like to boot, scoot and boogie, Raised Right Men is the right band for you. This Denton-based classic country band plays a lot of fantastic classic country covers. Any live performance by the Men will get you up and dancing, and this week they’re playing a free show at Jaxon Beer Garden.

Joel Salazar, also known by his DJ name Leo J, took his usual Sunday gig at BrainDead Brewing in Deep Ellum to a weekly livestreamed event when the pandemic hit. The vinyl veteran has spun tunes for two decades, opened for other DJs like DJ Jazzy Jeff, DJ Z-Trip, DJ Mix Master Mike and DJ Nu-mark and founded the DJ night Fresh 45s, which features DJ Spinderella of Salt N Pepa. Leo J promises “all kinds of sounds on deck,” according to his Facebook event page, as well as a chat room set up for virtual clubgoers to interact with each other.