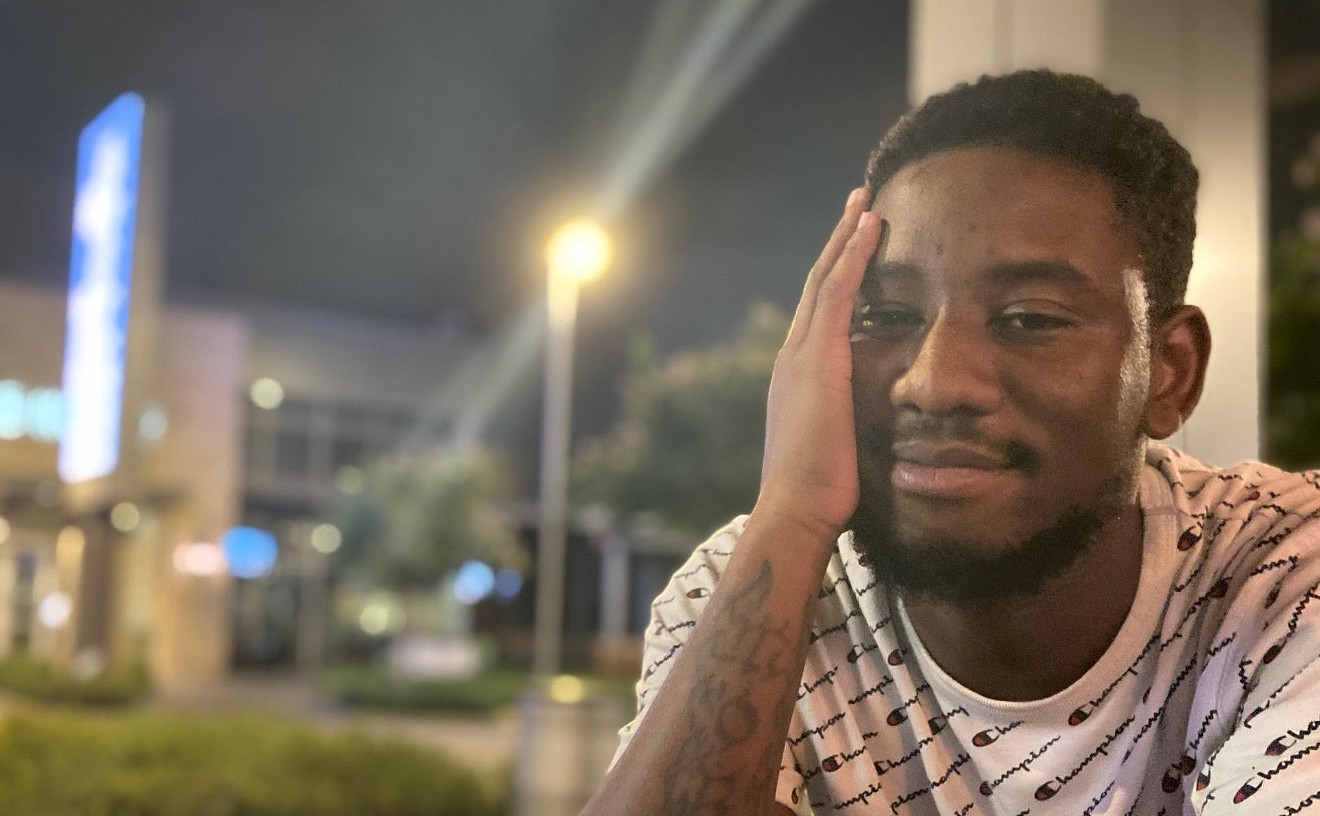 Ryann Gordon
Saint Xeno happened to record a song named "Wakanda," a few weeks before Black Panther star Chadwick Boseman's death.
Watching the NBA game, Saint Xeno raps under his breath about having a jaw ache. “Slept all wrong, feelin’ like Kanye after crashin’,” he harmonizes, rubbing his jaw that he slept on wrong.

It's only days after the passing of actor Chadwick Boseman and hours after the release of Saint Xeno’s latest single, “Wakanda,” whose name has all to do with Boseman’s titular role in Black Panther; Wakanda is the name of the fictional country where Black Panther takes place. While Boseman played a number of African-American figures from Jackie Robinson to Thurgood Marshall, his Marvel superhero character has become a notable symbol in the Black Lives Matter movement.

“Maybe I knew he was going through something and maybe somehow felt the urge to write something for him,” says the artist, who wrote the entire track just three weeks before the star’s unexpected death. After keeping it on hold for a time, he decided to release the song as a commemoration for Boseman.

“It’s supposed to be a fun song referring to the Black Panthers as well, like ‘Aye, we’re goin’ to Wakanda,’” Xeno says, laughing as he explains the meaning behind his original composition. “It’s a unity song, though, saying ‘I got Black girls’ and ‘I got white girls, too.’ Everyone’s invited to the Wakanda party.”

Originally from Minnesota, Saint Xeno was raised in North Dallas, where he began rapping as a youngster. Now 28, it wasn’t until he was 25 that he began taking his music seriously, saying he would “never make music unless he was prepared to share the meaning behind it.” Something that seemed both coincidental and meant-to-be for his latest track.

“Maybe I knew he was going through something and maybe somehow felt the urge to write something for him." –Saint Xeno

“It’s my favorite superhero movie and, in my opinion, one of the best movies with a positive message in it that kids and really everybody can relate to,” he says.

The rapper notes similar references in his other two most recent tracks, “LCM Trapping” and “LCM Fight Club.”

“The LCM fight song is centered on the idea of us versus the world or us versus 12 [slang for drug enforcement officers]," he says. "I was trying to see through the eyes of me doing the shooting as well as me being the one shot on.”

There’s an underlying narrative in these songs as well, where “LCM” is short for “Little City Mob."

Saint Xeno has a few tracks prepared to drop in the next few weeks. In some ways, the need to release “Wakanda” led the musician to take that final jump into releasing songs he’s worked on for months, even years.

“Some of them are older songs that haven’t been released ‘cause I was just working on them and not ready,” he says while rolling his eyes. “Some were made months ago, some just weeks ago. I just wanted to have one project and just push that instead of having a bunch of singles.

“Before, I used to just put up songs and I get feedback. But the way to give all your fans something they love is to release an album or mixtape, or a few songs at the same time.”

And by staying true to fans’ needs, Xeno strives to embrace music in its whole. Perhaps one of the most defining attributes of his music is its diversity across genres, openly nonexclusive to one style of music or group of listeners.

“The stuff I do is futuristic trap,” says the artist, “I don’t consider myself a rapper alone. I don’t want to do the [rapper] Russ thing. But I am a rapper. I’m also a singer, and a songwriter; I mix music; I do it all. I don’t like to put myself in a box when it comes to making music.”

Listen to "Wakanda" below: