The Dallas County Elections Department, which oversees many aspects of our local elections, held a registration drive right up until the midnight deadline Monday. For most of the day cars snaked through the parking lot and into the street as drivers waited their turn to fill out voter registration cards.

A few of the Mavs Maniacs bounced around to music playing from a Univision tent. More than a dozen volunteer deputy registrars (VDRs) were spread throughout the parking lot with clipboards and pens in hand, all wearing masks and comfortable shoes. These civic-minded citizens, after taking a fairly simple course through the county, are entrusted by the state to collect voter registrations cards. 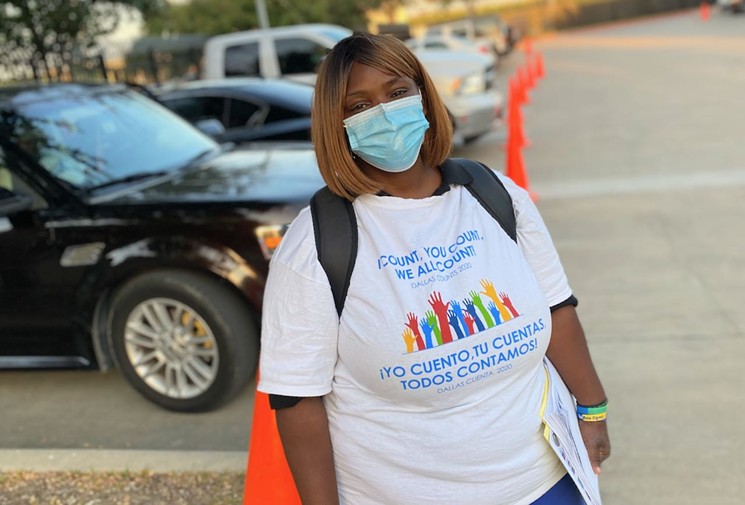 Valerie Hutchins after a long day of registering voters
Lauren Drewes Daniels
Valerie Hutchins of Dallas has been involved in the election process since she was young. Her aunt was a member of the League of Women Voters, and her grandmother was a precinct chair. This voter registration drive was her third event of the day. She estimated she registered close to 100 people Monday.

“I’m empowering people. I had a woman here earlier who was a convicted felon a long time ago, and she’s been off the paper for 30 years,” Hutchins said. “She didn’t think she could vote. Because of her background, she didn’t think she was a part of the community. She could verbally express how she felt, but she couldn’t get a ballot. She cried when she was done today. Now she’s empowered and liberated.”

Hutchins is also collaborating with a local after-school program to teach young kids about voting, creating voter IDs for each of them, passing on the habit of voting she was taught at a young age, "I want to empower those kids now so that when they're 18, they're anxious to vote." 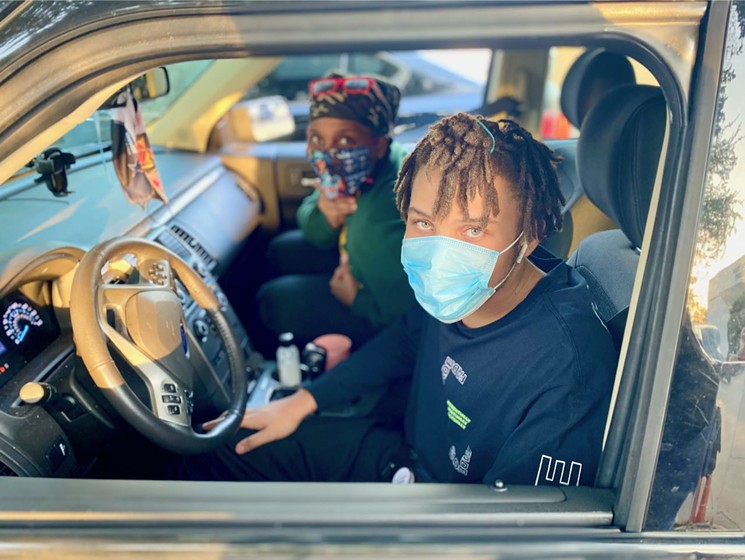 “His voice makes a difference. He needs to vote. He’s entering adulthood and he needs to watch the news and be aware of what’s going on,” Richardson said.

Esmeralda Garcia with Dallas County Elections said that by 6:30 p.m. they knew they had secured at least 3,000 registrations just on Monday, “but most of the boxes have not been counted yet.”  In a county commissioners court meeting Tuesday, it was reported that in total over 6,000 voters were registered.

Because of COVID-19, the county set up the event as a drive-thru allowing VDRs to go out to cars and people to stay in their vehicles.

“This is something new to us. But, we’re excited. People are coming out," said Garcia, who had never before seen such a turnout.

Around 7 p.m. it looked as if things might be slowing down, but soon after, headlights were once again lined up outside the gates. Elections administrator Toni Pippins-Poole could be seen working at her desk, which overlooks the parking lot.

Cordell White, who was driving a black Mustang, recently moved from Tarrant County and wanted to make sure he didn’t encounter any problems with early voting. He said it’s “absolutely” important to vote, and while he said he doesn’t always agree with everything Democrats do, he’s definitely voting for someone “other than Trump.” 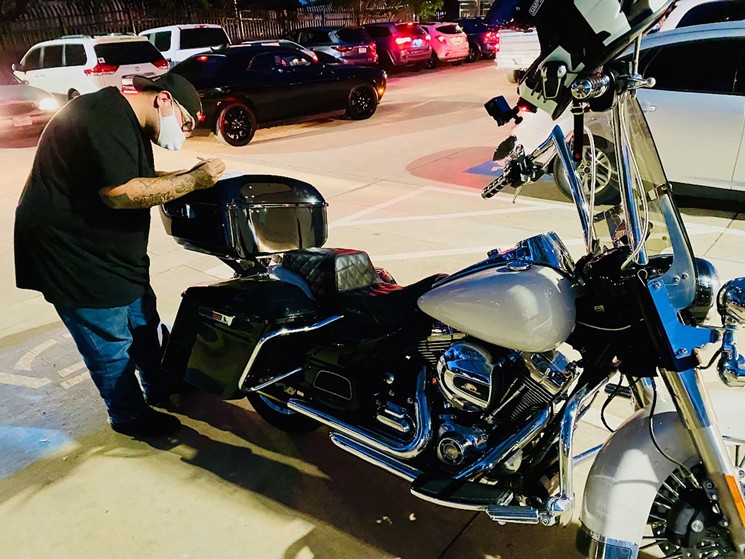 Ace Trujillo felt like his vote didn't matter before, but can say he tried this election season.
Lauren Drewes Daniels
Ace Trujillo is 25 years old and filled out his voter registration card on the back of his motorcycle. He’ll be voting for the first time ever this election. Sunday night he researched how to register and realized Monday was the deadline.

“I always wanted to vote, but just felt like votes don’t really count,” Trujillo said. “At least that was my opinion. But, now I guess if it does or doesn’t count, at least I tried.” 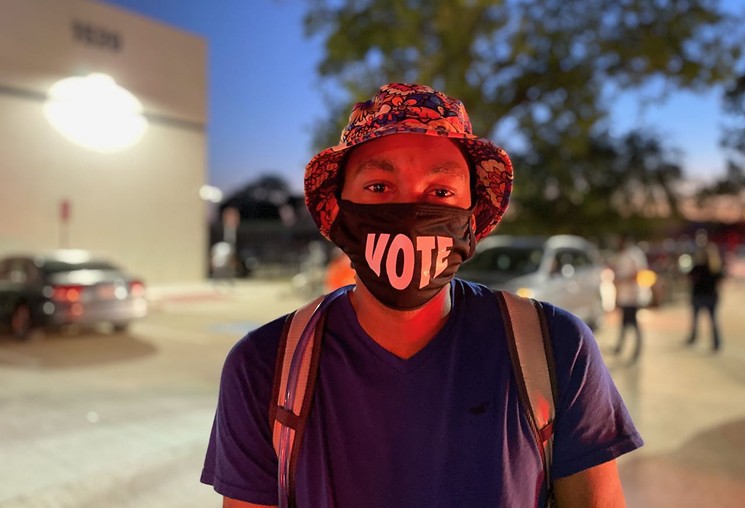 Austin Anderson is on a mission to get more people to vote.
Lauren Drewes Daniels
Austin Anderson, 26 years old, remembers the exact date he became a VDR: Sept. 8. He was quick and proud to point out that he’s registered 112 people over the last month and handed out even more registration cards (people can mail them in on their own). He arrived at the registration drive-thru around 3 p.m. and planned on staying until the midnight deadline.

“I’m here for Black Lives Matter,” Anderson said. “I’m here because of the death of George Floyd, Breonna Taylor and Ahmaud Arbery. I’m also here to fight voter suppression and fascism in our government. I’m here for the economy and health care.”

He was there for many reasons. Anderson could probably name one for each of the 112 people he’s helped register. He’s young and involved. He’s advocating for issues important to him. Long after the sun had gone down, the line of cars idling outside the gates, waiting to register even at this very last minute, added to the those 112 reasons to be hopeful.