No, Our Food Critic Does Not Want to Talk About Salt Bae’s New Dallas Steakhouse 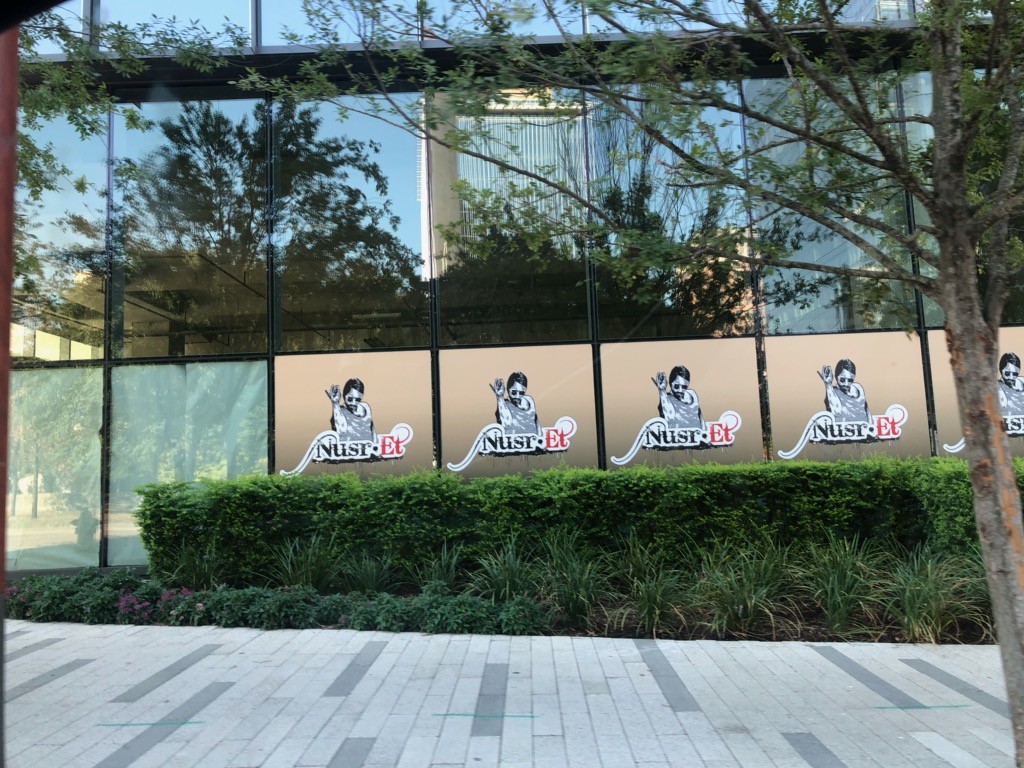 Taylor Adams
The home of Nusr-Et Dallas at 1900 N. Pearl St. in downtown Dallas.
OK, fine: Downtown Dallas has a new steakhouse, Nusr-Et, which charges up to $1,000 to grill you a steak and then theatrically bounce too much salt off somebody’s body and onto your meal. Are you happy?

Nusr-Et is a global chain of 18 ultra-expensive steakhouses in cities like New York, Dubai and Istanbul, which has been greeted with hostility wherever it goes, and not just for the prices. But about those prices: The cheeseburger is $30, steak “spaghetti” is $80, vegetable sides are all $19 and a piece of baklava for dessert is $25. A mustard-marinated beef tenderloin runs $140, and the tomahawk rib-eye, which is called #SALTBAE, is $275.

As if that isn’t enough, customers in Miami allege that staff upcharged them to $1,000 gold-wrapped steaks without their permission. The Miami Herald reports that the location has called police over a dozen times on customers disputing their bills. Another guest was more satisfied: Venezuelan President Nicolás Maduro, whose visit sparked international outrage.

City authorities temporarily shut down the Boston location for opening without a health permit, blocking two fire exits and ignoring COVID-19 protocols. Two different restaurants in the group have faced wage theft lawsuits, settling one for $230,000. This brand-new Dallas location already faces legal action over unpaid bills to contractors. Oh, and the food apparently is uneven: New York Times critic Pete Wells described “terrific” steaks but “awful” mashed potatoes and cocktails that tasted burnt, while BuzzFeed’s Scaachi Koul had a burger that “oozes greasy tears” and then had diarrhea.

The whole chain is built on the premise that there is a guy who does a thing, and you can Instagram a picture of the guy doing the thing. The thing is putting salt on food in a flamboyant manner. The guy is Nusret Gökçe, nicknamed Salt Bae, a Turkish chef and butcher who became a meme for his salting technique and has been cashing in ever since.

With 18 locations and only one guy, there is at best a 5.6% chance you will see the guy do the thing.

If I sound annoyed, then I’m getting my point across. As a Turkish-American food writer, I feel protective toward people who share my heritage. I just wish they would stop acting like giant tools. Gökçe could be the biggest embarrassment to Turkish-Americans since Mehmet Oz joined the Trump administration. In fact, there aren’t a lot of us out there being famous and good. It’s pretty much just Enes Kanter and D’Arcy Carden. Ugh, now I’m sad.

“We are proud to announce that 99% of our meat selections are highly marbled authentic wagyu beef sourced from the top wagyu producers from around the world [sic],” the menu reads. OK, but which producers? Almost every Dallas steakhouse has been naming ranches and farms for years. And what about the other 1%? How do you know if your steak is one of the second-class cuts slipping through?

What could make a mashed potato worth $19?

My biggest question concerns the sautéed broccoli, described thus: “The sauce consists of shell fish and gluten [sic].” On broccoli? I’m guessing that’s a sauce of butter, flour and shrimp stock. If you go, let me know.

Also: Please don’t go. The list of Nusr-Et locations is a list of places around the world where it is especially easy to part fools from their money. Dallas makes perfect sense for them.

We’re in the middle of a pandemic that threatens to destroy every small, locally owned business we love. We could support them, or spend $19 on a potato. The pandemic has killed more than 2.5 million people around the world. Did Gökçe wear a protective face mask while he threw salt at Dallasites’ food this weekend? You get one guess.

Tantuni Mediterranean Grill, in Richardson, is a very good Turkish restaurant with delicious kebabs, lamb chops and, for $6, baklava.