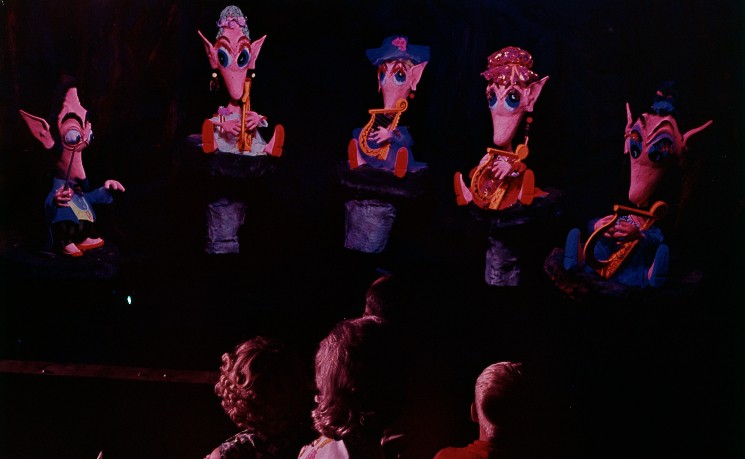 The amusement park announced that it will start work on a new boat ride called Pirates of Speelunker Cave based in part on the park's old dark boat ride The Cave. The theme park also announced that it plans to open its new multi-launch water coaster Aquaman: Power Wave in early 2022, a ride for which the park first unveiled plans earlier this year.

Pirates of Speelunker Cave will replace the Yosemite Sam and the Gold River Adventure dark boat ride that replaced The Cave in 1991. The Looney Tunes themed ride includes characters from Warner Bros. cartoons such as Bugs Bunny, Daffy Duck and Wile E. Coyote as riders float through the "Unpainted Desert" to bring the short-tempered, long mustachioed outlaw to justice.

The new version of The Cave will have 26 six-passenger boats that take guests through Speelunker's Cave where they'll see 17 scenes of animatronic characters and creatures and "cinema-style" projections "to fully immerse riders with high-tech digital and physical sets," according to a statement released by Six Flags Over Texas.

"As the world's first regional theme park, Six Flags Over Texas has built a solid reputation of providing innovative thrills and lifelong memories for generations of families," says Six Flags Over Texas Park President Ron McKenzie. "What better way to celebrate our park's 60th anniversary than by announcing a brand-new attraction that pays homage to our past and launches us into the future."

The original ride The Cave debuted in 1964 and became a favorite among regular Six Flags fans. Guests were taken on a four-passenger boat through the dark and mysterious cave occupied by a group of friendly creatures called Speelunkers. The ride closed in 1991 and reopened as the Looney Tunes dark ride, according to an official Six Flags video chronicling the ride's history.  The first version of the ride sent guests into a pitch black cave, and then "things started to get weird," wrote Barry K. Green on the Dark Attraction and Funhouse Enthusiasts website.

"You hear mysterious, eerie music," Green wrote. "Glowing, colorful, black-lighted scenes start to appear, though it still remains plenty dark enough that you cannot see where the ever-winding water path is taking you. This is an artificial cave where scenes are divided into grottos separated by small, arched openings in the cave 'walls' through which the river flows."

Guests come across the Speelunkers, the small, colorful creatures who look like a cross between an elf, jellyfish with eyes and a seahorse, created by Walter McKeegan, an art director for Lucille Ball's The Lucy Show and Filmways Television shows The Beverly Hillbillies and Green Acres. The Speelunkers play music for the guests on instruments like harps and an organ, fish in cave ponds and dance the twist to a saxophone solo.

The boat ride also could get a little scary as guests are thrown over a small cave waterfall and glide into a sunken ship that collapses on itself while the boats float through it. Now, pirates are gonna get involved!