How Dallas Pressures Property Owners to Police Crime On Their Own 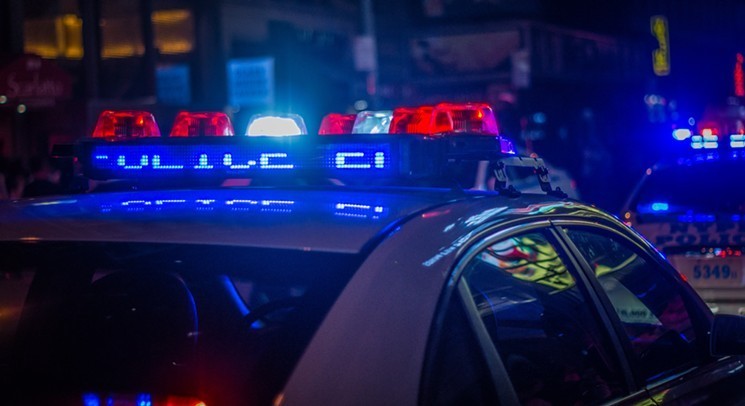 Michael Förtsch on Unsplash
The way Dallas handles nuisance laws has been under scrutiny since the early 2000s.
Last year, CMW Realty, the owner of three properties on Camp Wisdom Road, seemingly did its best to help the police do their job after being handed a preliminary designation as a habitual criminal property. But they still got slapped with placards that said their property was dangerous and a fine of over $3,000 as part of the city's nuisance abatement program.

The city has used its nuisance abatement ordinance against 13 properties since it passed in 2017, according to the Dallas Police Department. "The [habitual criminal property] process is another tool that allows us to address crime from a non-law enforcement strategy as we strive to prevent crime and create safer communities in Dallas," DPD said in an email.

The essential goals of these kinds of ordinances are to get property owners and the community involved in reducing crime and to hold parties that tolerate habitual crime accountable. Getting a habitual criminal property designation basically means you didn't do your part in helping DPD prevent crime on your property.

The city has come under fire before over its enforcement of nuisance laws. In 2006, two Texas House and Senate investigative committees in Austin were looking into Dallas’ nuisance laws and claims of selective enforcement. In the investigative committees' final report, members said repeatedly that Dallas can’t blame business owners for crime if the part of the city they’re in is already riddled with it. It was the city’s job to help cure crime in those areas, not the business owners’. They also said the city used these laws to pressure businesses to hire off-duty police officers.

But much of the pressure is still on business owners under the city's nuisance abatement ordinance.

The nuisance abatement process begins after five documented "abatable" criminal activities occur at a property during a 12-month period. At that point, the property goes under review. The owner or their representative is given a notice to meet with police and the Dallas City Attorney's Office to prove they made attempts to reduce crime on their property before the preliminary designation.

If property owners can’t prove they took reasonable steps to stop crime, they’ll receive a final designation as a habitual criminal property. But, in this time, authorities are looking at more than crime on the property. They want to make sure it’s up to snuff in every other way too.

After the city opened a case with CMW Realty, it entered into an abatement agreement with the property owner. Under this agreement, the company installed temporary lighting, worked to bring their buildings up to code and inquired about armed security per DPD's guidance. At an appeals hearing in front of the Permit and License Appeal Board in December last year, Lisa D. Mares, the property owners' attorney, estimated at the hearing that the property owner had met about 95% of the requirements in the agreement.

But after the owners missed a few deadlines and crime continued to occur at the location, DPD issued a final habitual criminal property designation.

Mares said there were a lot of moving parts to the agreement including contractors, obtaining permits and hiring armed guards to patrol the property and pick up DPD's slack.

Some Permit and License Appeal Board members said it was unfair to ask such a small entity to help make a high-crime area safer. In their inquiries about hiring security to patrol the property, CMW Realty was told the area was so dangerous security companies would require at least two armed guards. The property owner said they couldn't afford that.

"Once you get on this treadmill, you can’t get off.” – Gary Smith, lawyer

CMW Realty is just the latest to be given with this designation.

Shashikan Patel owned the Royal Inn of Northwest Highway. In 2019, the city said there was too much crime going on at the hotel, enough to give it the preliminary designation as a habitual criminal property. He said he would call the police all the time when crime happened on his property, but the city said this wasn’t enough. He needed to be “proactive,” instead of reactive.

“It’s kind of like an inquisition,” Gary Smith, Patel’s lawyer, told the Permit and License Appeal Board at a hearing in August 2019. “If someone gets caught into this situation, they are basically at the mercy of not just the police department, but the fire department, and the health department, and everyone else. Once you get on this treadmill, you can’t get off.”

Called multiple times, Patel did not respond to requests for comment.

The city asked Patel to trim the trees and bushes around his property so cops could see crime taking place if they drove by, install an automatic license plate reader and hire a licensed armed guard. Patel did everything but hire the guard service. Patel didn’t want to hire a guard and risk them getting into shootouts with people at the hotel. He'd be liable for any harm the guard caused.

One board member asked how DPD could expect Patel to hire a security guard to combat potential shootings on his property. A DPD officer testified, “Another measure he can take is to hire off-duty police officers to work his motel if he feels it’s not safe for a security guard.” Smith threw his hands in the air, and the board member quickly assured him this wasn’t a recommendation.

When the police came by for an inspection, they said they found drugs and evidence of drug sales, like scales and baggies. The police also said an undercover officer was able to buy drugs at the motel several times. Patel asked why they wouldn’t just arrest the drug dealer. The police said this would jeopardize their undercover investigations.

Police also testified that two hotels near Patel’s had a fraction of the crime that his had. There were 20 arrests in the years leading up to the designation, 80 incident reports and about 239 calls for service. About half the calls were from Patel. However, neither of those hotels were gated or had armed security, both which police told Patel would make his property safer.

Recently, the owners of the now-closed Jim's Car Wash on Martin Luther King Jr. Boulevard filed a lawsuit against the city regarding its enforcement of nuisance laws and “retroactive over-regulation designed to put it out of business under the guise of fighting crime.”

Dallas had tried to shut Jim’s down for years, saying the car wash was a public nuisance and a hotbed for crime. In June 2019, District Judge Eric Moyé ruled that Jim’s had violated Dallas’ public nuisance law and ordered the business to close.