For the Love of BBQ Pitmaster Showcase: The Best of the Best

Sean Welch
The VIP pass included a box with your superior distinction written on the side.
There’s no better experience for a smoke ring enthusiast than a barbecue festival. However, time and time again, these smoke sessions have often taken place everywhere but DFW proper, in cities like Austin, Houston and their surrounding areas. But, as the local scene continues to grow, we're finally getting a turn.

Owner and pitmaster Brendan Lamb of Smiley’s BBQ in Roanoke, who was recently a competitor on Bobby Flay’s BBQ Brawl on the Food Network, has worked tirelessly to put together For The Love of BBQ Pitmaster Showcase. It was originally planned for February 2020, but COVID made sure that didn’t happen.

Lamb didn’t give up and kept working with the city of Roanoke and 18 months later, Lamb’s vision has come to fruition. For the Love of BBQ Pitmaster Showcase took place this past weekend, and we have pulled together a highlight reel below. For reference, the full lineup included the following:

A general admission ticket got you unlimited bites; the VIP ticket included a few extras including a Soulfire Firkin tapping. Small cuts of sausage, slices of moist brisket and some creative bites were on the tasting menu. While each sample felt like it was the best one we had, there were definitely some that stood out. 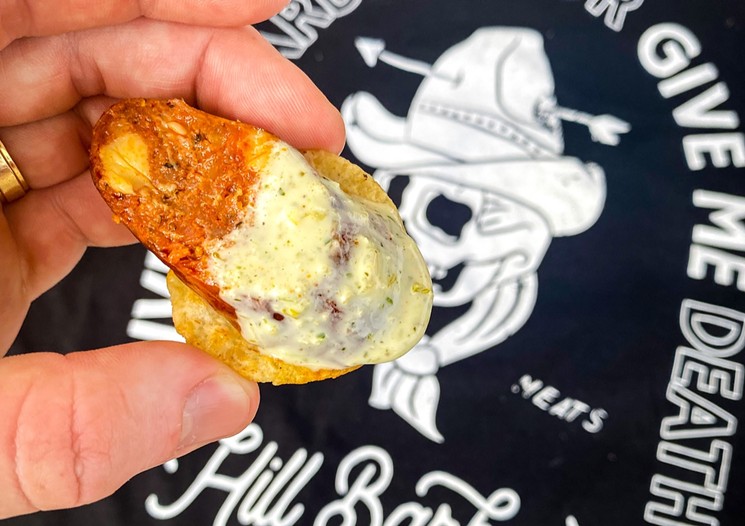 Hill Barbecue's chorizo bite on a chip with jalapeño ranch sauce.
Sean Welch
With quite the surprise, Hill Barbecue of Lubbock served up our favorite bite: an inconspicuous small slice of chorizo sausage atop a tortilla chip dipped in a jalapeño Ranch style sauce. The chorizo was perfectly spiced. It had that snappy skin that puts up just the right amount of fight as you bite in and receive the full flavor experience. Out of the delectable options available, you wouldn’t expect it from a chorizo sausage, which made it stand out even more. 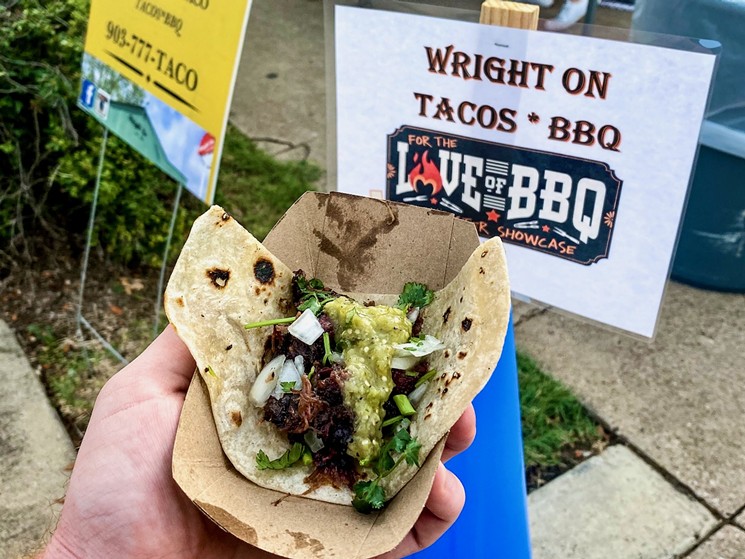 Sean Welch
Wright-On Taco from Harleton brought it with their tacos. Not only did they have their famous “porkstrami” taco, they also brought out their succulent barbacoa. You couldn’t go wrong with either one of these tacos. In the end the barbacoa won us over. It wasn’t a taco you’d expect to find at a barbecue festival rather a street corner in Mexico City. 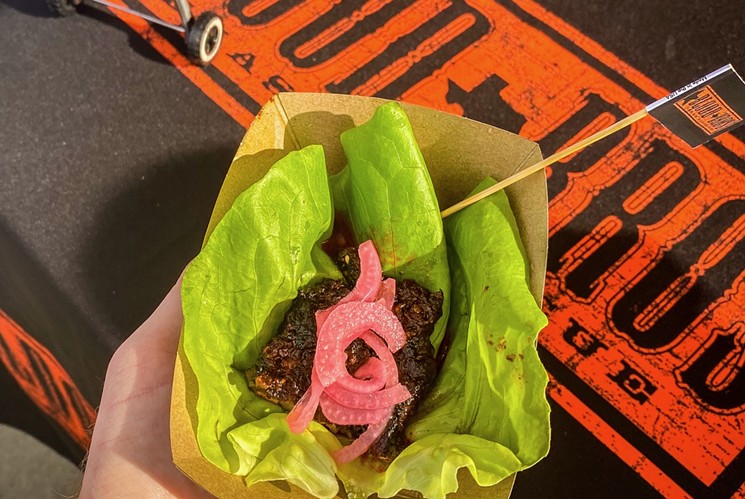 Blood Bros. BBQ's gochujang beef belly lettuce wrap.
Sean Welch
Blood Bros. BBQ of Bellaire did exactly what was expected when they showcased their gochujang beef belly lettuce wrap. It’s this level of creativity and uniqueness that continues to advance the Texas barbecue scene. The beef belly was smoked and dressed with a Korean salad dressing and pickled onions. While the crisp cold lettuce contrasted with the heat from the beef, the pickled onions countered the spice from the gochujang. 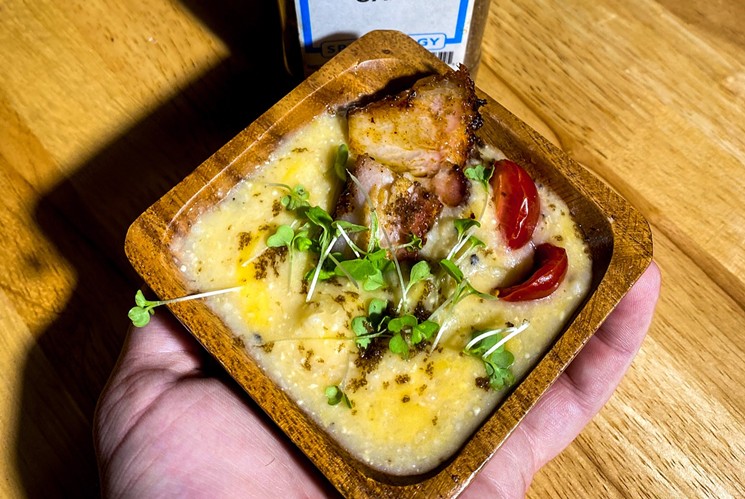 Smoke and Biscuits' smoked pork belly with cheddar grits topped with microgreens.
Sean Welch
The most elevated bite of the evening was from a smaller team, Smoke and Biscuits, a pop-up crew out of McKinney. Two slices of fresh smoked pork belly mingled with cheddar grits in a serving bowl topped with fresh arugula and tomato salsa. The pork belly had hints of brown sugar creating a perfectly balanced bite with the savory grits and arugula. The pork was sourced from Bluebonnet Meat Co. and the greens from Profound Micro Farms.

The day ran into the night and the crowd grew as the night sky darkened like the bark on a brisket. Not only were there some of the best pitmasters around, but there was also live music, cold drinks and plenty of other vendors for festival-goers to check out. This was only year one, but pay attention because next February For the Love of BBQ Pitmaster Showcase will be back. If it was anything like this year, you’d be a fool to miss it.