Watch Coco Like Only Miguel Could've Dreamed: With Live Scoring from the Dallas Symphony 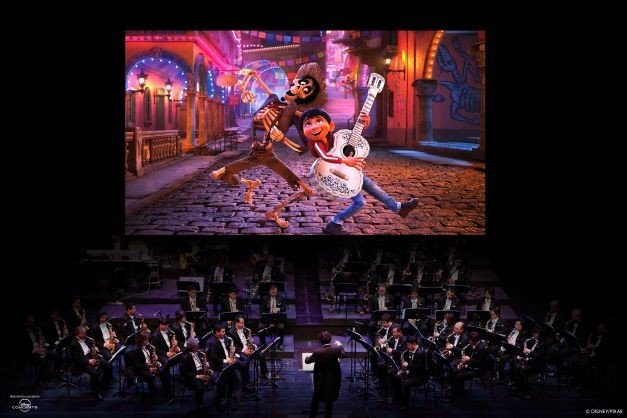 Disney/Pixar
The animated favorite Coco is getting the symphonic treatment in Dallas.
A fiesta of culture, color and sound will soon take center stage at the Dallas Symphony Orchestra.

Kicking off its 2021-2022 season, the DSO will spotlight Disney’s animated film Coco, Sept. 3–5 at the Meyerson Symphony Center (2301 Flora St.). The concert, directed by Jayce Ogren, is just one of the productions celebrating Hispanic Heritage Month.

Federico Ramos, who plays guitar for the movie’s main character, Miguel, says the tale is “mostly about two things — family and music.”

“It’s the story about a young boy who has to practice music in secrecy because his family has a ban on music and musicians,” Ramos says, adding that Miguel travels to the underworld to honor a Mexican tradition, Dia de los Muertos, and tries to uncover a family mystery.


“Movie fans can hear Coco like never before with the DSO performing Michael Giacchino’s beautiful score live with multiple guitarists on stage during the movie,” writes DSO publicist Katherine Watson in an email. “The film, minus the score, is projected on a big screen over the symphony in the Meyerson and is played in its entirety. The symphony plays the score live along with the movie.”

Ramos, 67, says there are many instances in Coco when the guitar is the center of the musical experience.

“When Disney did this movie, they paid attention to detail,” he says. “The colors, the sounds …  the crew traveled to Mexico to investigate all the traditions. The music is a mixture of folk music from Mexico, with classical music, with pop music. That happens throughout the film all the way to the end.”

Although not from Mexico, Ramos says he’s worked with a number of musicians who are and that he can relate to the film’s main character.

“I was born in Uruguay, South America, and grew up in southern Spain with flamenco music,” he says, noting that while in Uruguay, he lived in a rural area. “I was devoid of contact with other kids or neighbors or children or people. My contact with music was the radio where my mother played pop music and tangos and my dad played classical music.

"I didn’t know that music was produced by people called musicians that played instruments until much later. But when that discovery was unveiled, that’s when I became hooked and started developing musical fantasies in my head way before I got ahold of an instrument that happened to be a guitar.”

Ramos eventually moved to the United States, where he became a studio musician. He’s performed on various musical soundtracks and toured with famous artists such as Elton John and Dionne Warwick.

"The music is a mixture of folk music from Mexico, with classical music, with pop music. That happens throughout the film all the way to the end.” – Federico Ramos

“I feel that being from South America, having been raised, growing up in Spain, I have a unique view, a unique grasp of all these styles that need to be sort of transparent," he says. "Not too folk, not too classical, not too [much] of anything, but has to be just right to illustrate the characters.”

Ramos describes the guitar made for the film as a specially built limited edition by a luthier from Paracho, Mexico, a town famous for its guitar builders.

The musician plans to bring his personal guitar with him to Dallas, a Pedro Maldonado Flamenco Negra from Spain. The sides and back of the instrument are rosewood, he says, which gives it its color and its characteristics. Ramos has used his favorite instrument for numerous movie soundtrack contributions including Mr. & Mrs. Smith and Rio.

He also accompanied Gael Garcia Bernal's solo performance of Coco's "Remember Me" at the 2018 Oscars. Ramos describes the film as "emotional."

“I hope people that come to the show enjoy it,” he says. “Bring some paper tissue for the ending.”